A project close to home

It might’ve been the chancellor’s house at one point, but don’t quote him on that. All Keith Stewart knows for sure is it was built sometime in the 1950s—not surprising, given the modified ranch’s dated look and spartan features—and that it became the University of Illinois Springfield’s on-campus childcare center purely by default.

Over time, the Cox Childhood Development Center (CCDC) started showing its age. As demand for day care services grew, the facility’s infant room had to be relocated to another building. There was no central air conditioning. Today, two-way radios are still the standard method of communication. 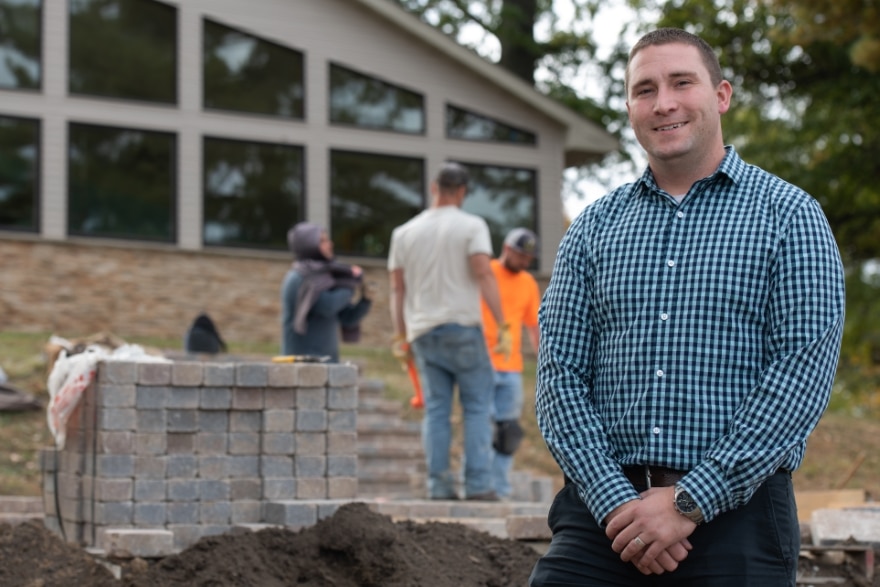 Something had to give. Luckily, that “something” was a $5 million bonding package put together in 2018 by the University of Illinois System. The CCDC is about to be rebuilt—and Stewart is leading the charge.

“I looked at what the school had done with the student Union, which had been built without state funding, and I said, ‘We can do that,’” Stewart recalls. “We had to make the case that the CCDC serves a vital need on campus, and that building a new one would have tangible long-term benefits for the school. And we got the green light.”

When Stewart spoke with Blueprint in early June, UIS had narrowed its concept pool down to two potential designs, each around 15,000 square feet—five times the size of the current CCDC.

The first, dubbed the “Playful” concept, more than lives up to its name, with each room jutting out at different angles from the central corridor. It’s a design one might see in a glossy Scandinavian architecture magazine.

“Cluster,” meanwhile, presents a more straightforward exterior look—save for the large lime-green awning covering the entryway. Some design elements will be included regardless, Stewart says. Those include a metal-clad exterior, spacious windows and a decidedly modern use of angles and space.

“My hope is that we can incorporate aspects of both designs into the final product,” he says. “It’s really important that we continue to engage our various stakeholders to make sure we strike the right balance.”

While CCDC’s exterior is sure to turn heads, the biggest upgrades are the ones happening inside. According to Stewart, the goal is to create a space that’s not only more secure, but more dynamic.

From the reception area just past the vestibule, CCDC staff will have a clear view of all classrooms, which will accommodate everyone from infants and toddlers to school-age children. Meanwhile, a wide central corridor—complete with tables, chairs and other soft furniture features—allows for more flexible learning (and a homier feel).

That emphasis on flexible learning will figure prominently in the classrooms, with each unit offering both a traditional paradigm (the room itself) and access to a shared playground and outdoor learning space.

What’s more, each room will include a small observatory, from which UIS students—particularly those in the education and childhood development departments, the latter of which is slated to launch soon—can conduct studies without disrupting the class.

“We did a lot of research into case studies and best practices, to find the best pedagogies and methodologies we could,” Stewart says. “We want the students and staff to feel safe, but still have the freedom to move around and make learning more engaging.”

In terms of child safety, the new CCDC will spare no expense (within the budget, of course). One of the more transformative upgrades will involve updating the current drop-off site—which Stewart describes as “an oversized circle driveway you’d see at someone’s house”—a new design modeled after an airport drop-off zone, with separate lanes to cut down on crisscrossing people (and cars).

In order to enter the building, staff and visitors will be asked to scan their fingerprints at a fully-staffed security desk to ensure all visitors are accounted for. In the event of an emergency, panic locks can be activated throughout.

Protecting children and staff from natural disasters—especially tornadoes, which have become increasingly frequent in this part of the country—is also a priority.

Thanks to the input and expertise of BMS CAT, a turnkey restoration company based near Chicago that specializes in mold remediation, structural drying, smoke odor deodorization and construction, Stewart and UIS were able to augment one of CCDC’s infant rooms to serve as a “multi-use community safe room.”

According to Stewart, the space will feature a bevy of safety features, including structural hardening of the roof and walls and specialized windows designed to withstand increased wind loads and wind-born projectiles better than conventional building techniques, thereby reducing occupant vulnerability during a tornado or other severe weather scenario.

“BMS CAT has been a hugely important partner. Not just for us, but for the entire University system,” Stewart says. “Whether it’s a tornado, flooding, a blizzard or some other natural disaster, within 24 hours they’re mobilized and ready to fix things.”

Two years after joining UIS, Stewart isn’t short on big challenges. In addition to overseeing the CCDC build, he’s spearheading deferred maintenance upgrades and overhauls throughout the 5,000-student campus, with an eye toward making them safer, sounder and more beautiful.

Still, Stewart says his favorite amenity on campus has nothing to do with brick and mortar or bells and whistles, and everything to do with proximity: Once the CCDC is completed in 2020, he’ll be working just a stone’s throw from his two sons’ day care.

“My first son has been going to the old CCDC for a couple years, so I quickly came in tune with the need for a new facility,” Stewart says. “It’s exciting to me knowing that the work I’m doing is going to help make their educational experience better. It doesn’t get much better than that.” 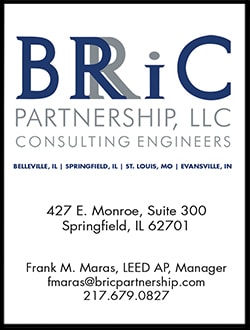 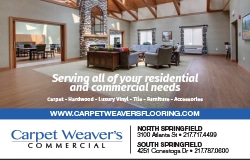 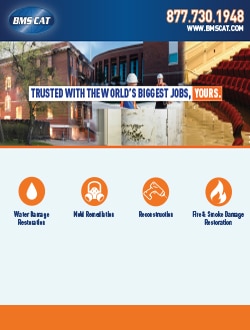