With most Subaru of America personnel working remotely during the COVID-19 pandemic, the headquarters were less hustle and bustle when Keith Metzger spoke with Blueprint in May.

Senior executives and people deemed essential to the operation, however, still come by daily to the gleaming 250,000-square-foot facility in Camden, New Jersey, as does Metzger, director of corporate real estate and administration since early 2019 and a member of the team since 2016. 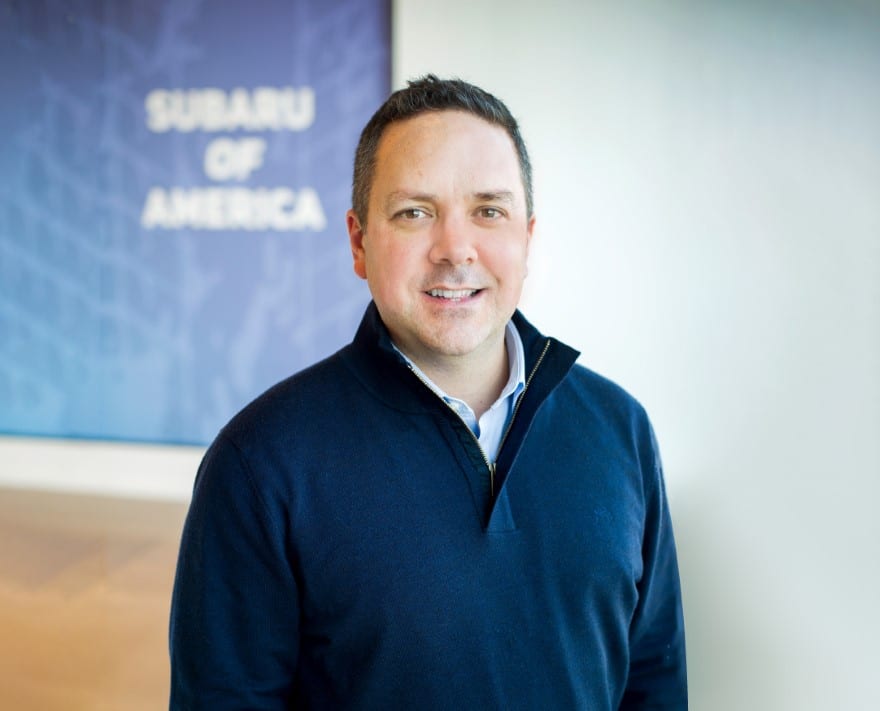 “We’ve kept our vendor partners for various needs: cafeteria, food service, janitorial, security,” he tells Blueprint in early May. “They’re the most economically vulnerable and we want to do the right thing because we depend on them so much.”

Furthermore, in his hands-on role, Metzger sees the difference these people make. Sooner or later—and he hopes the former—it’ll be business as usual for the U.S. nerve center of the Japanese automaker. Metzger, entrusted with creating and sustaining a pleasant and productive workplace, says it starts by meeting basic needs while keeping an eye on the future.

The Camden headquarters, which opened in April 2018, should stand the test of time, says Metzger, who joined the company four years earlier when the building’s envelope was in place and the interior in need of modern ideas. The $118 million campus more than doubles the size of Subaru of America’s previous base in Cherry Hill, and it brings employees from four sites into one central location. It’s the first new corporate headquarters in Knights Crossing, a master plan urban development. 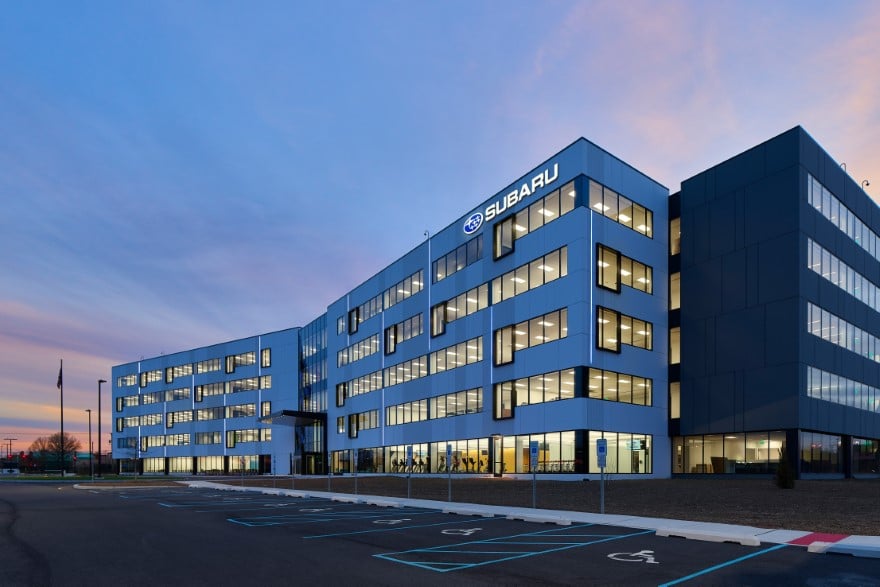 Consistent with other Subaru facilities in the United States, the Camden HQ is zero landfill—meaning that no waste goes unrecycled—and LEED Silver certified to boot. It’s also open, bright, glassy and airy, and rich with amenities that Metzger says are vital in attracting and keeping the young demographic essential to Subaru’s growth.

There are fewer offices and more collaborative space, as well as areas where one can decompress in private. There’s a modern fitness center and showers, company store, drop-off dry cleaner and a cafeteria where the food doesn’t taste so institutional.

And all these pieces got put into place by the facilities manager and other executives welcoming input from the workforce.

“There was nothing top-down in the way this place came to be,” says Metzger, who worked closely with all involved. “We left a facility that was very dated, tired, and wanted something opposite. We got it through an open and collaborative process with an employee stakeholder group that was established early on.” 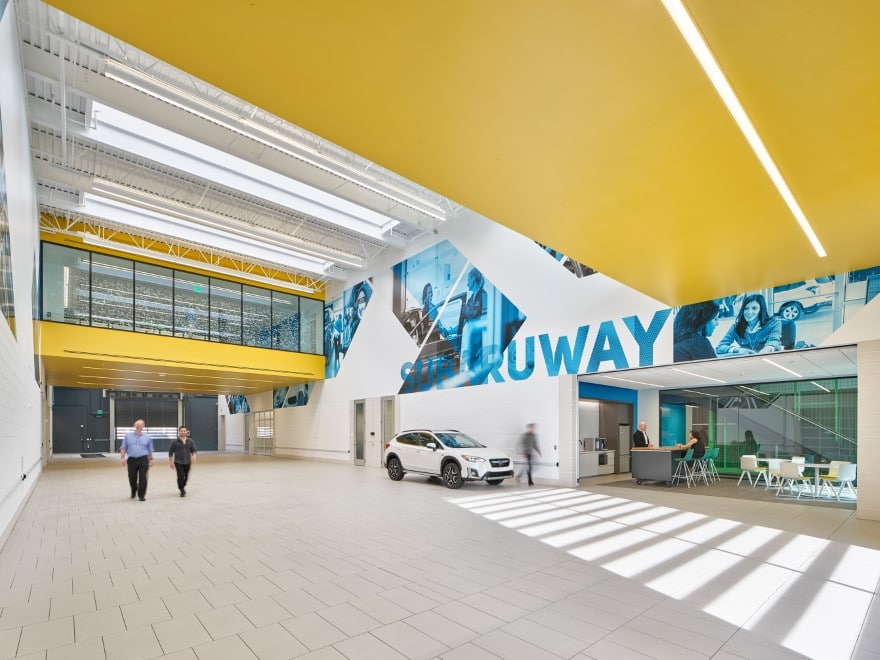 The new layout strikes a balance between privacy and openness, with panels between workstations, only not as high as in the office hell depicted in Dilbert cartoons. When it came to picking the furniture and workstations, employees had weeks to sample mockups. “The democratic way of doing things,” in Metzger’s words.

Around 90 percent of the 500-plus workforce wanted 6-by-8-foot workstations with ample storage space and that’s what they got. The remainder, mostly senior employees, have their private offices, as does Metzger, though he’s rarely in it.

“My job is to move about the building and find out what’s going well and what isn’t,” he says.

While the offices are mostly empty, Metzger uses the space to mull. what’s to follow once the stay-at-home policies are lifted. Subaru of America having endured growth pains in recent years, the first intention was to fit a larger workforce in a building with ample elbow room but not needlessly spacious. Now there might be reason to pivot. 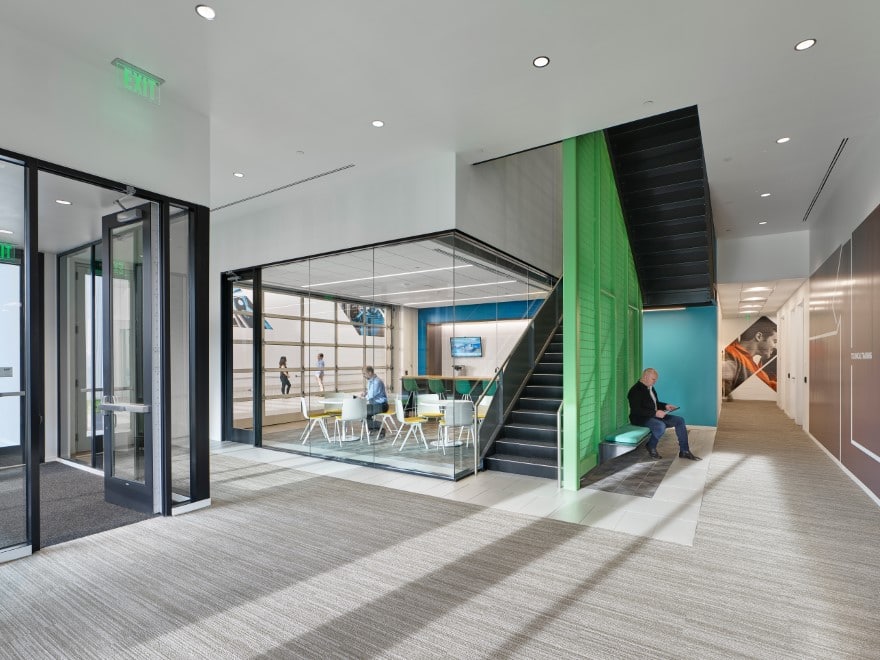 “COVID may cause us to call an audible,” Metzger says. “How will the pandemic affect how people use their office space while going forward? Will more be working at home? What office configuration will be best given what might be less need for physical space. Our whole dynamic is now looking to the future.”

Though, as he reminds, that last factor will always be the case in facilities management and the coronavirus has brought more variables into play.

Working for the workforce

Metzger finds it most satisfying when the pieces are in place and approved by the real stakeholders: the workforce itself. It makes him glad for the circuitous route he took into corporate real estate—which, he notes, tends to be how most folks get into his line of work. 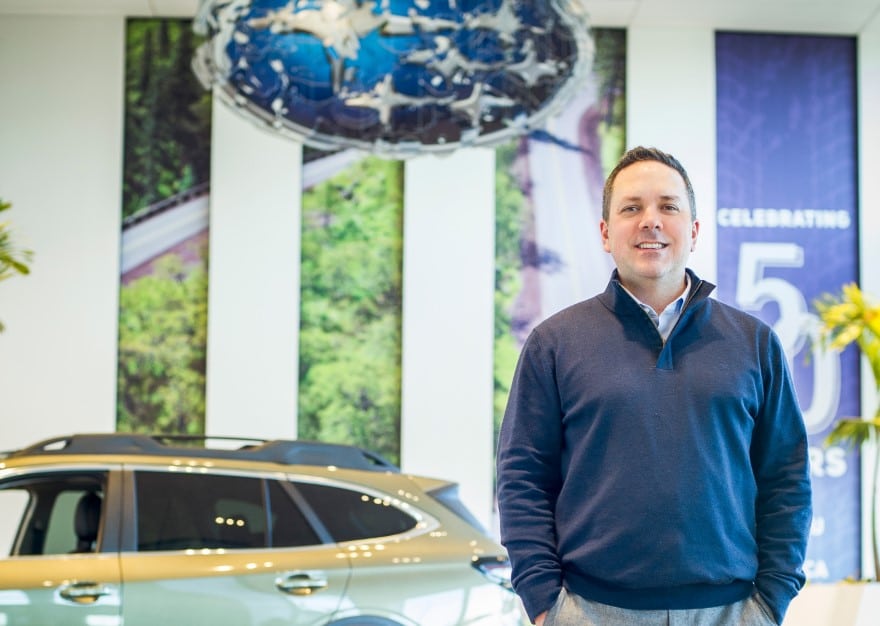 A 1997 mechanical engineering graduate of the University of Delaware who enhanced his credentials with an MBA from Villanova in 2009, Metzger initially went the sales route with a medical device manufacturer in South Florida, then moved back to Pennsylvania to develop office parks and shopping centers.

“Then the Great Recession made it hard to make a living with a small, private real estate company,” he says. “At that point I thought, why not pursue a career where I can use my real estate background, but not for a real estate firm. Subaru was the perfect mix: site selection, lease negotiation, and managing the facilities at what’s a great company. It’s been the best of all worlds.” 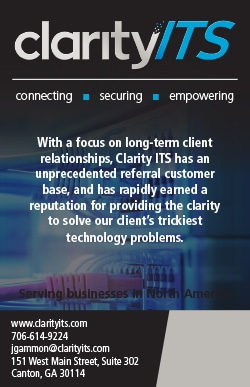