The price of metals often dictating the ebb and flow of the mining industry, Katie Simoneau has reason to be bullish about prospects for Manroc Developments Inc.

For as Mark Twain would say, there’s gold in them thar hills, and recent demand for it has been high enough for this Canadian-based underground mining contractor to more than double its work force to over 300. 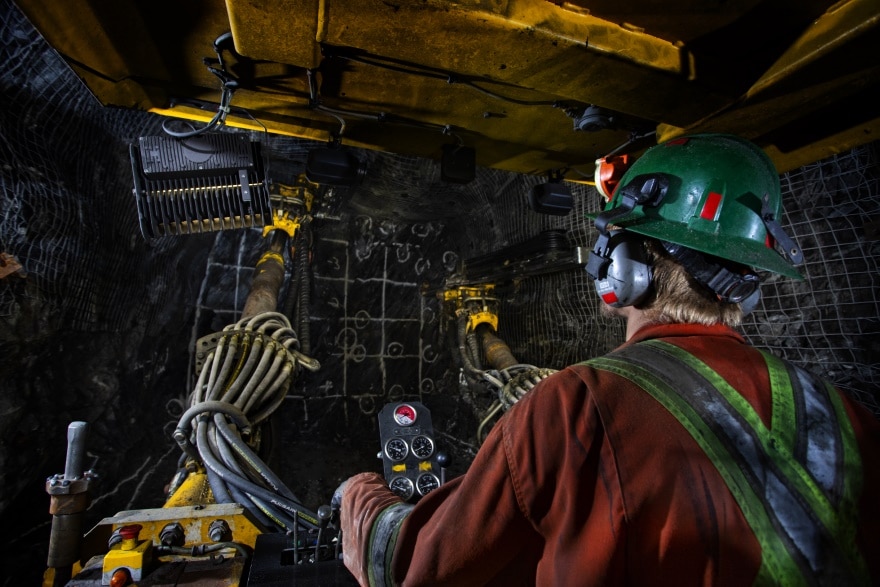 Gold comprising over 90 percent of its contractual responsibilities, Manroc has five projects underway in the province of Ontario and earlier this year wrapped up another in the Republic of Ghana. While Simoneau, the vice president and co-owner, won’t go into detail, a couple of other attractive possibilities are pending overseas. The company likes to take on one such operation a year, and may be in the process of working out the details for something big and far away.

But whatever happens in another hemisphere, “thar hills” closer to home could pack quite the motherlode at a time when economic uncertainties are enhancing gold’s status as a safe haven for investment. At least that’s what major mining companies are anticipating when they arrange for Manroc to get the ore out of the ground for them to process at their mills.

“The mining industry is indeed headed for a boom,” the personable and passionate Simoneau tells Blueprint from Manroc’s headquarters in Manitouwadge, Ontario, a rural township north of Lake Superior. “We’re at the point where it’s difficult to find enough equipment and manpower for these jobs.”

A company that shines

Widely recognized as a desirable, family-oriented company specializing in Alimak and lateral development mining, Manroc always seems to round up the right crews to complete jobs safely. That said, a recent look at its website reveals opportunities aplenty for jumbo operators, underground truck drivers, supervisors, bolters, nippers, apprentices and miners. Meanwhile the shop floors are humming at Manroc’s three Ontario shops where the company makes and maintains some very specialized equipment.

“What sets us apart is we fabricate and test all Alimak equipment in-house,” Simoneau says, explaining that Manroc has pioneered or improved Alimak mining methods and equipment to where few competitors can keep pace. “We invest a great deal of time and money developing specialized systems for safer mining and more efficient production. We’re one of the few companies that provide Alimak narrow vein stope mining and it’s taken us to locations worldwide.” 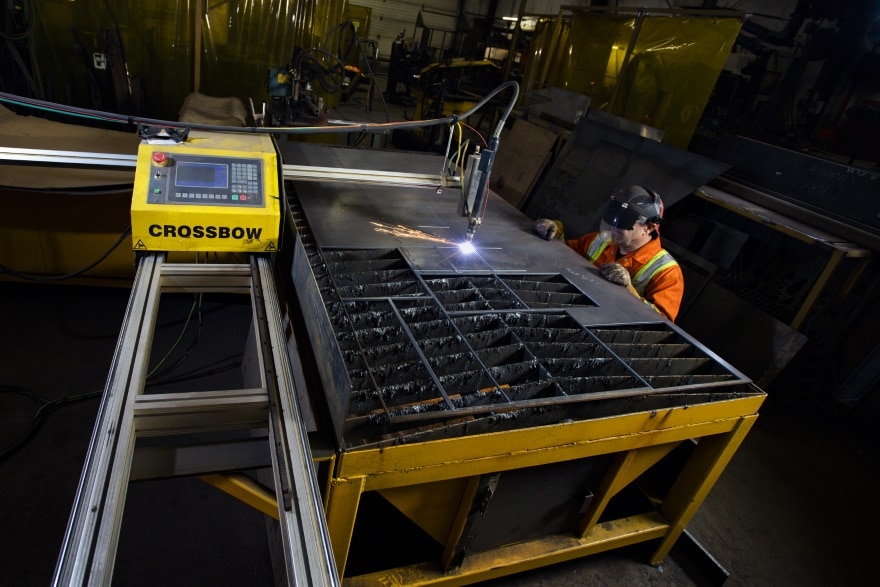 Simoneau is referring to what’s called the Alimak Stope Mining Method that essentially brings more efficiency and continent ore flow to clients. The narrow ore-rich veins, which once weren’t worth the expense of pursuing, can be accessed at lower development costs. With specialized equipment and systems minimizing waste rock, the raises are driven, long-hole drilled and blasted. A scoop tram removes the muck from the bottom to where it can be brought to the surface for Manroc’s client to transport for processing.

The Alimak can also be used for ventilation, escape manways and ore passes. And while the mining industry as a whole will always have booms and busts, Simoneau says Alimak’s other assets include its cost-effectiveness that may keep the method in even more demand when the price of gold and other precious commodities drops.

Which probably won’t be happening anytime soon. Same goes for the silver, platinum and palladium, for which Manroc also contracts its labor and excavation expertise.

While Manroc operates internationally—“wherever the ore is,” Simoneau says—it’s now concentrating on longtime clients in Ontario.

Alamos Gold Inc. is relying on Manroc for lateral development and 24/7/365 labor at what’s known as the Island Gold Mine, said to be a long-life, high-grade, low-cost operation in central Ontario. It’s also undergoing an expansion that’s expected to increase production to 125,000 ounces per year. 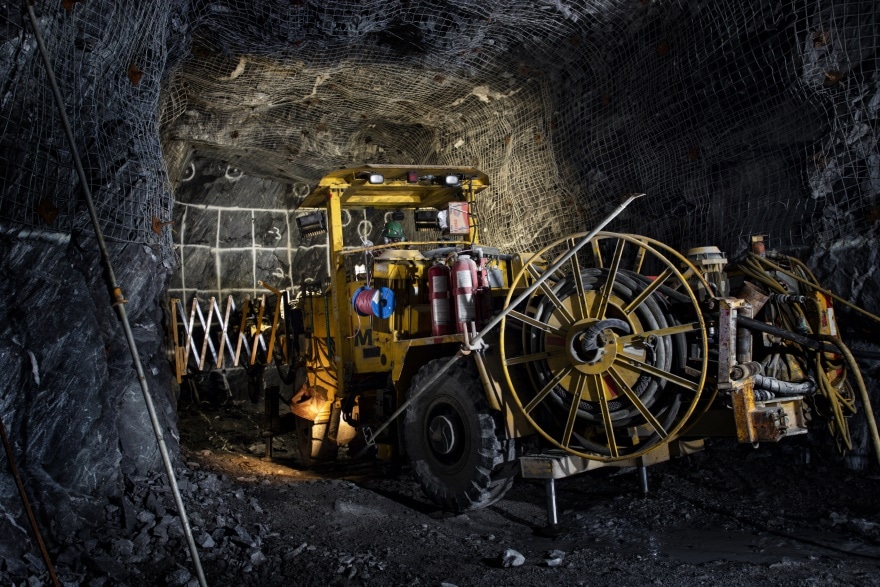 In the same general area of the province, Wesdome Gold Mines Ltd. contracts with Manroc at its Eagle River site where, in January 2017, underground operations tapped into rich deposits.

Not too far to the west, the world’s largest gold miner, Barrick Gold Corp., sustains its 20-year relationship with Manroc at the Hemlo Gold Camp. Manroc’s rental labor, Alimak method and lateral development ensure production in a region where Barrick has also drawn national praise for mitigation of abandoned sites.

Just outside of Thunder Bay, North American Palladium Ltd. uses Manroc’s labor at its Lac des Iles mine that includes both an underground and open pit operation. With a long-term deficit foreseen in the global palladium market and demand increasing due to its uses in lessening emissions in cars, there’s incentive aplenty to keep mining.

And about a 12-hour drive northwest of Thunder Bay, Goldcorp depends upon Manroc for labor, Alimak stope mining and lateral development at the remote Musselwhite mine, whose reserves are estimated at nearly 2.3 million ounces.

When that next international contract is signed, Simoneau says a Manroc “A-team” will have their passports stamped and be ready for an extended time away from home. It’s no grab-and-go operation, she assures, adding that Manroc feels a kinship with customers in foreign lands that have included Peru, Uruguay, Guatemala, Honduras, Kazakhstan and various African countries.

“We take it upon ourselves to train the nationals so when we leave, they’ll have learned the ropes and be able to carry on our safety standards,” she says. “We want to be a good corporate guest.” 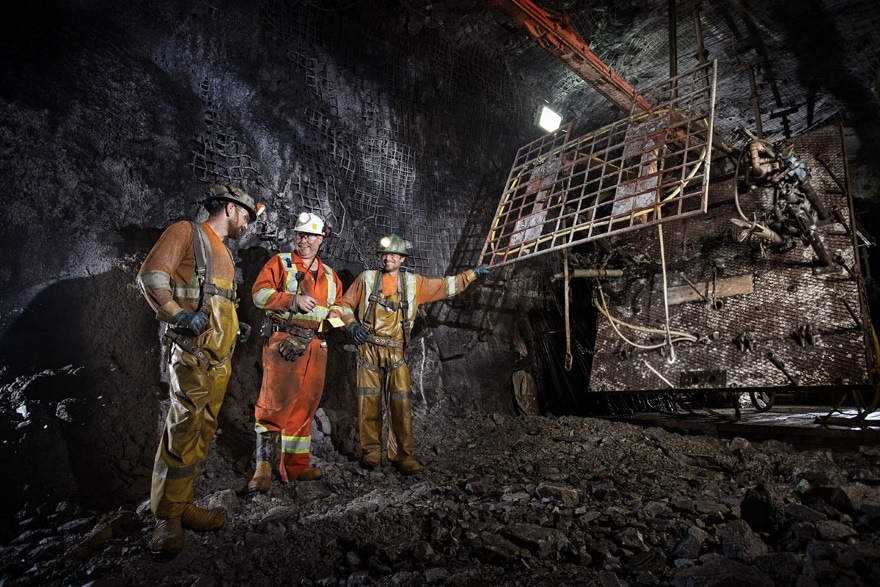 It’s a standard established by her since-retired father, Don Simoneau, who bought the company in 1989, expanding it from a small-time operation to an industry player. Katie Simoneau, originally from Nova Scotia, came to Manroc in 2006, pooling her resources with business partner Chris Sproule to buy the company in 2014.

Don Simoneau remains active as a consultant, while his daughter handles the financial and contractual sides, with Sproule taking a more hands-on role with the mining and general operations.

“It can be a roller-coaster ride, but one that I love,” Simoneau says about the mining industry. “We’re in a boom, but that can change any day. “That’s the life of this business, and we take the good times with the slower ones.”

And when the slower times come, that Alimak method is quite the hedge. 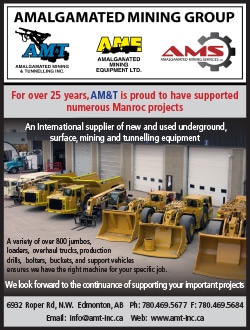 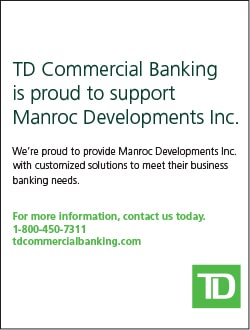 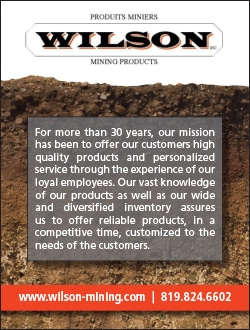