Making real estate affordable and accessible, no matter the cost

Kathy Makino-Leipsitz says she was inspired as a teenager while reading “Nothing Down,” a book about buying real estate with little or no money down. But she admits that she didn’t foresee her business path going the way it did.

Makino-Leipsitz bought her first duplex as a college freshman with the $2,500 she saved from odd jobs as a teenager—her payment was $250 a month and she was getting $750 a month in rent. She graduated from the University of Michigan and kept saving her money. By the time she turned 25, Makino-Leipsitz owned 250 residential units. She’s never looked back. 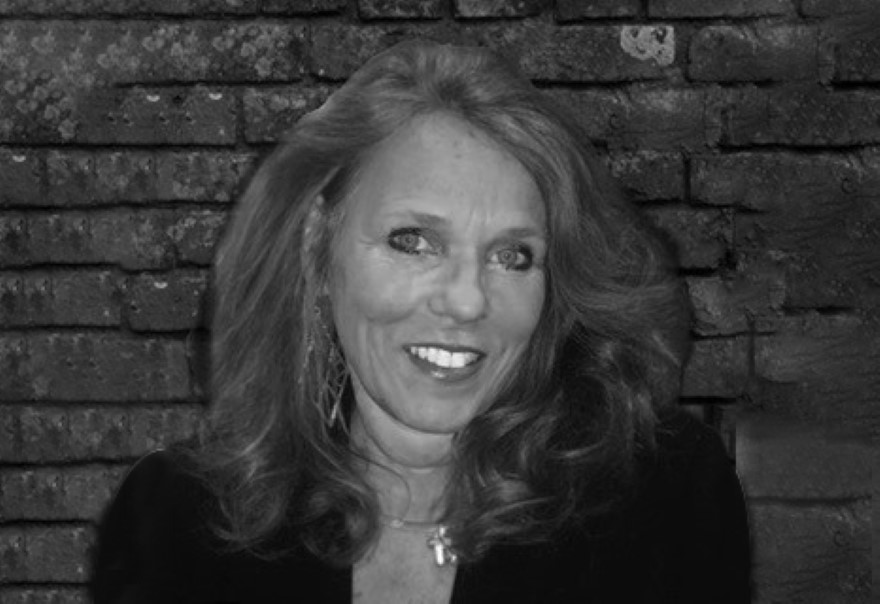 For the last four decades, she’s been involved in real estate, and in 2000 formed Shelborne Development, a real estate company that concentrates on developing affordable housing mostly through the revitalization of historic buildings in metro Detroit.

“With each project, our goal is to create positive, sustainable transformations that are accessible and beneficial for all our residents and neighbors,” Makino-Leipsitz says.

She vividly remembers picking up rent at an apartment she owned where a young boy sat in a highchair. His runny nose was dripping into his bowl of cereal, and his arms were black from crawling across the dirty floors of the apartment. She recalls thinking that this child was in this situation by chance—not of his own doing.

Accessibility—inspired by that child, and the idea that he had no choice in where he was brought up—motivated her to find opportunity in the Tax Reform Acts of the mid 1980s. She would use tax credits to revitalize neighborhoods in greater Detroit, including her hometown community of Wayne/Westland. 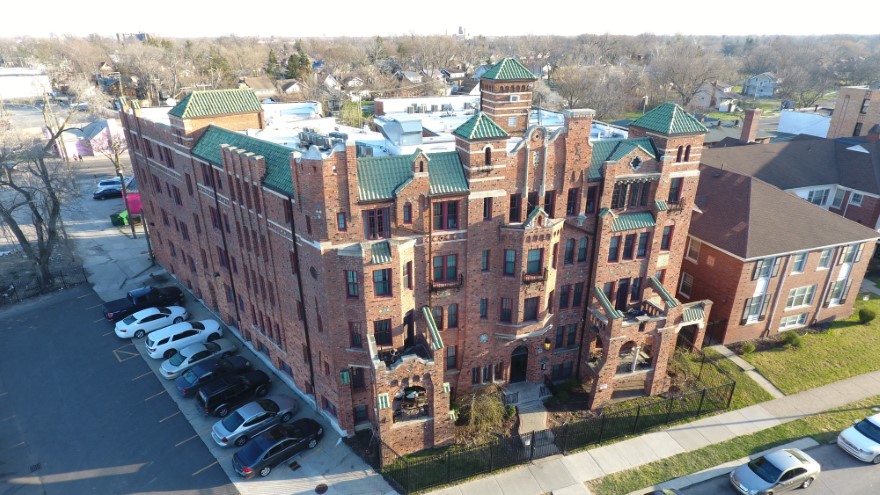 At that time, she took on the company’s first Low Income Housing Tax credit development: the demolition of an old school that led to Norris Apartments, a 60-unit property in Westland, ironically in the same neighborhood where she bought her first duplex.

“It was the first new development in that area since World War II,” Makino-Leipsitz says. “I remember looking at the nicest multifamily property in that city, and it was beautiful. That’s what I wanted, only I wanted it to be affordable.”

Shelborne built a brick multifamily building, with dimensional roofs, patios, cathedral ceilings, walk-in closets and all of the amenities of the nicest apartment communities in the city. But the rent was priced for those who made 20 percent to 60 percent of the average median income.

Revitalizing a vacant building or two on a bad street is honorable work, but Shelborne has tried to focus on thoughtfully planning out the redevelopment of an entire block or neighborhood for the past 20 years, Makino-Leipsitz explains. That has been Shelborne’s plan since it shifted its focus to the blighted neighborhoods surrounding Detroit’s central business district.

Makino-Leipsitz admits that the affordable housing industry is not a quick way to get rich, but uplifting a community through the completion of a project is a much more valuable currency. And instead of cookie-cutter projects, Shelborne prides itself on providing amenities and upgrades not typical of affordable housing—stainless-steel appliances, granite countertops and walk-in closets, to name a few.

“Those small things can change the way people feel, and hopefully may take away the stigma that some people have when living in affordable housing,” she says. 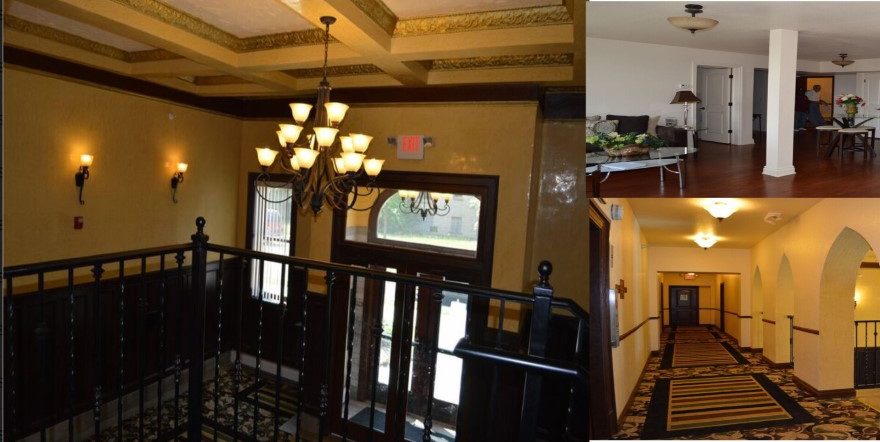 “It makes our residents feel proud of where they live, and they tend to take care of their apartment and the property better,” she says. “We like to say that anything is possible if you give someone hope.”

From 1995 to 2001, the company transformed two historic buildings in what was then called the Cass Corridor neighborhood, and they continue to provide affordable housing in what is now called Midtown, the highest demand and highest rent area of the city.

In New Center Detroit, Shelborne’s first project in 2003 was a $10 million gut renovation that resulted in the creation of 71 affordable housing units in a nine-story building that sat vacant and blighted for years. To date, the company has fully rehabilitated four of the nine historic buildings on Seward Street. Shelborne has also completed projects in other neighborhoods of metro Detroit including Palmer Park, Eastern Market, Chalmers/Jefferson, New Center and Virginia Park.

There’s a balance between affordable housing and turning a profit

If making money was her sole focus, Makino-Leipsitz says she never would’ve gotten into the affordable housing industry. Still, she says she occasionally needs a project that does generate income so that Shelborne can continue its work providing affordable housing.

Take, for example, Beach Club Detroit. Billed as the city’s first beach club and the hottest place to live in the city, the historic property on the Detroit River is being completely renovated with an emphasis on energy efficiency and sustainability. Recently, the company converted the 90-year-old steam heating system to a geothermal system, installed LED lighting, Nest thermostats and video intercoms. 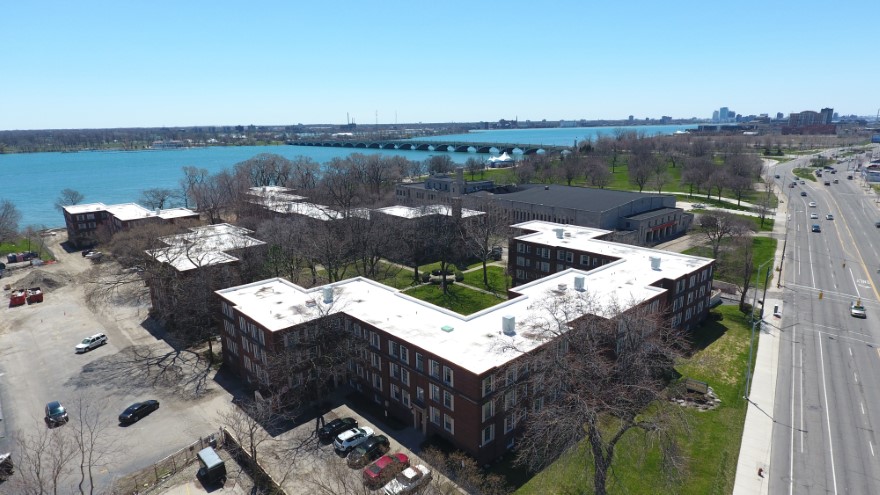 Makino-Leipsitz says each unit will have original, refinished parquet flooring and historic wood trim, and be spacious and filled with modern amenities. There’s an urban beach, outdoor grills, beach volleyball, dog park, bike parking and an exercise and fitness room, among other comforts.

Most units—about 80 percent—will be standard, market-rate apartments, with the other 20 percent designated as affordable housing, she says.

But there’s no difference in apartments. It’s a special property in a waterfront location that she’s happy will be accessible not just to a certain demographic, but to a diverse group of people, cultivating community in Detroit. And that’s what she wants for the future of her company.

The future of her business

Makino-Leipsitz turns 60 later this year. The COVID-19 pandemic had slowed some projects, but now she says they’re pretty much operating at full capacity. That means she’s not only thinking about future affordable housing projects, but she’s also contemplating the future in general.

The pandemic has brought a lot of things into focus, Makino-Leipsitz says, and she admits that she’s probably spent too much time working over the years and is ready to dial things back—maybe. 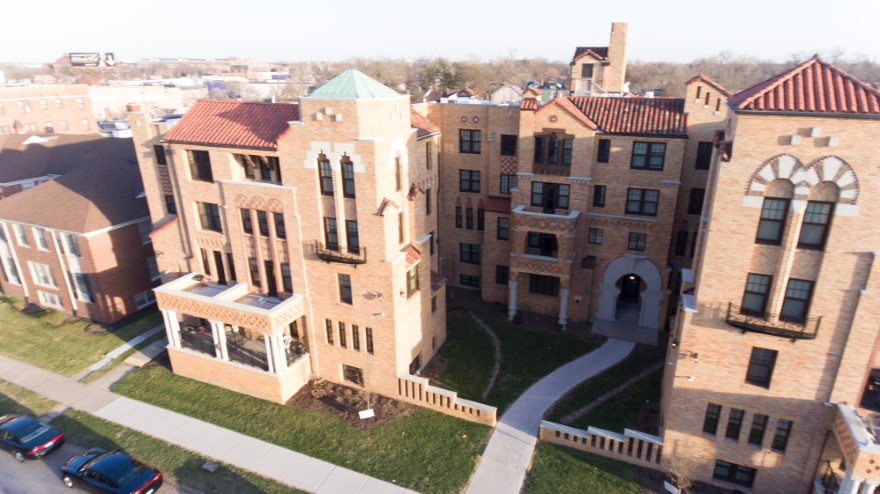 “I am sure for everyone this time has made us think about what is truly important, and I’m very thankful that my work has been so rewarding,” she says.

She says she has a new granddaughter and is expecting a grandson in September. She wants to spend more time with her family and friends, but she doesn’t want the work Shelborne has done and the impact it has made to stop.

“I am just looking for someone to pass the baton to,” she says. 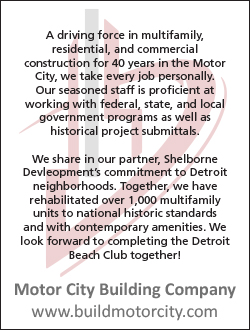 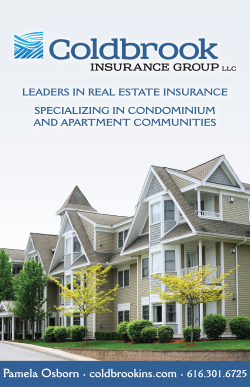 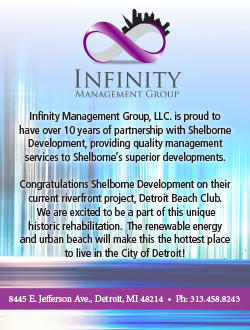 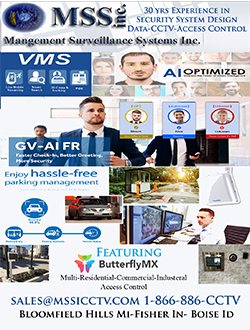