A director helps a flag(ship) sail toward sustainability

Though located in bustling Minneapolis and performing well, by the early 2010s, EVEREVE’s flagship location needed to update its in-store experience.

Opened in 2004, it no longer reflected the company enough to be considered a flagship by design, Kari Ihle explains. She adds that many of the other nearly 80 locations at that point better represented EVEREVE’s brand and style. The clothing company is known for its denim and casual wear.

To complicate matters, the flagship was located near the company’s main office. Anyone visiting EVEREVE would usually end up at the flagship location. 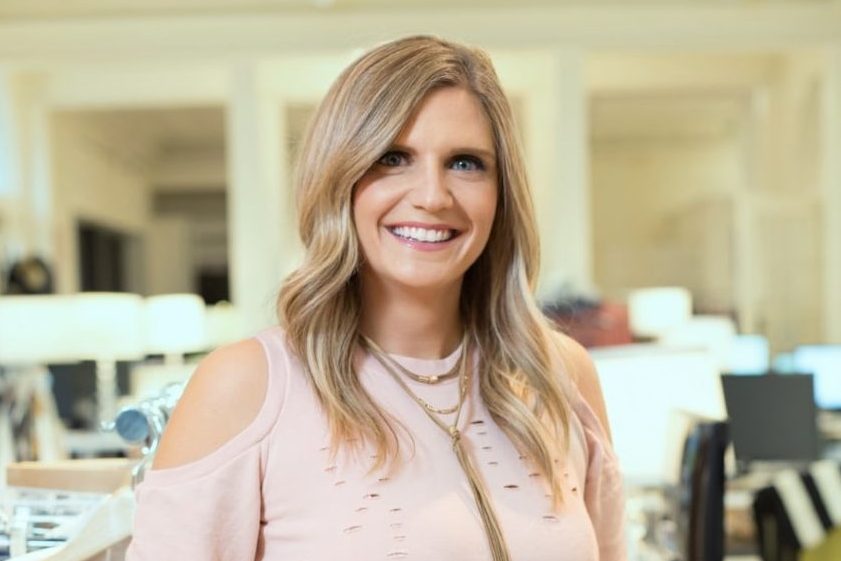 “When business partners and investors visit, we want to put our best foot forward, and at that time, our premier location, while high performing, simply didn’t reflect our brand,” says Ihle, the company’s director of environmental design, planning and maintenance.

The founders, Mike and Megan Tamte, had been concerned about the flagship since the mid-2010s, and the project was being discussed when Ihle joined in 2014. In time, she would lead the design of the new location.

“A flagship store, especially one so close to the home office, should also be a place where we can test new initiatives, from a new line of clothing to, just this year, new sustainability initiatives,” Ihle says. “For that, we could not use the premier store, which was small and had only received minor updates in the decade since being built.”

With Ihle taking the lead, planning began in 2016 and a new, 6,400-square-foot location was chosen on the same street as the original store. With twice the space, it was possible to increase the number of fitting rooms from six to 10.

The larger space houses more clothing, too, so that EVEREVE can see how customers react to a new line of outerwear, a new denim area or having a dedicated space for shoes before committing to such changes companywide. Ihle and the director of visual merchandising designed all the fixtures and components, including the new denim and footwear areas. 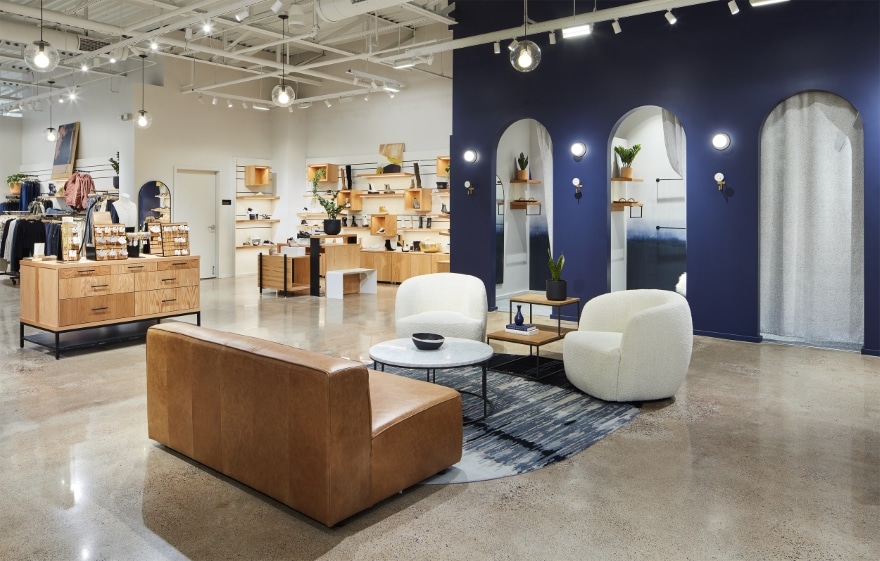 Ihle says she’s particularly proud of the lighting in the store. Working with the design firm Studio BV that introduced her and EVEREVE to the New York-based Luke Lamp Company, she customized lights that hang from a metal plate just beneath the ceiling and directly above the cashier. Illuminated, the ropes resemble glowing threads.

Ihle and the founders liked the lights so much they had them installed at other locations, too. The new flagship location opened on October 15, 2021.

EVEREVE has also expanded from over 70 stores across the country to 100. This has given Ihle the chance to implement sustainability and waste reduction initiatives, such as choosing eco-friendly lights before construction instead of dealing with retrofitting, as she did at established stores.

According to Ihle, the goal is to update and enhance recycling across stores, warehouses and the main office to reduce waste by 15 percent by 2025. While all the new locations have LEDs, she and EVEREVE are working to convert all locations built before 2011 by next year. She and the company are also tracking water consumption and have recently standardized dual and low flush toilets alongside low flow faucets. 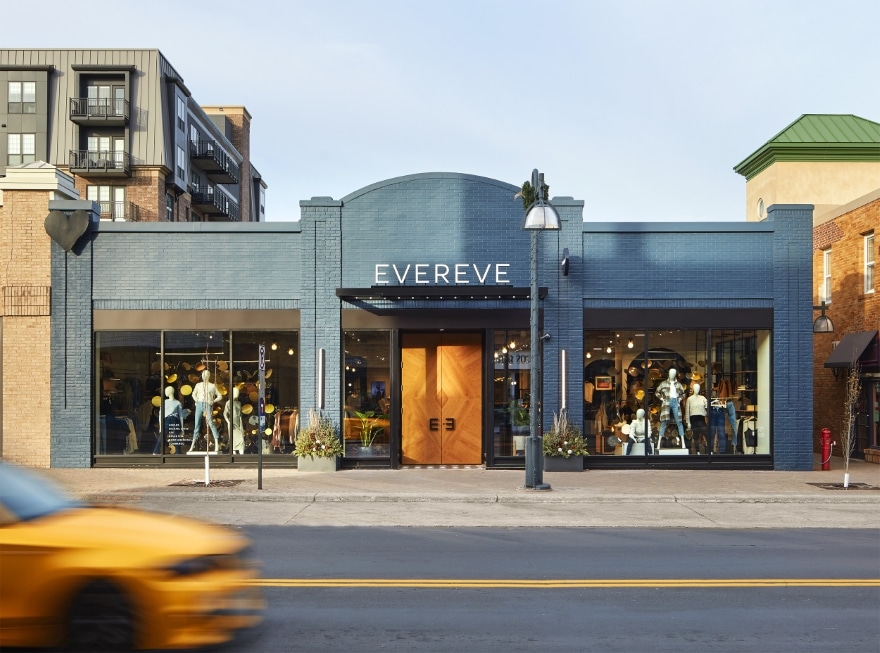 “We’re also dedicated to moving away from plastic, and the first step was eliminating the water bottles that we used to give out to customers,” Ihle says.

The stores now have water bottle filling stations with compostable cups next to them for customers.

Ihle, the sales team and marketing department also worked closely with vendors so that clothes are now delivered without plastic hangers. She helped EVEREVE partner with Arch and Hook, a company that recycles plastic hangers, that do arrive. If hangers need to be used in warehouses or anywhere else, Ihle and EVEREVE now try to use those made from recycled content.

“We have many more initiatives that we’re working on expanding, such as our mailers and bags that are 100 percent recyclable and made from 40 percent recycled content,” she adds. “We are currently researching compost options for these, as well, but need the municipalities to catch up with us first.”

Ihle’s passion for sustainability has led her to San Francisco Institute of Architecture, where she’s working on completing her MBA in sustainability. When she started her degree in 2021, EVEREVE’s executive team began its Sustainability and Corporate Social Responsibility task force.

“I was lucky they asked me to join, and many of my ideas—water and plastic reduction—are now being implemented,” she says. 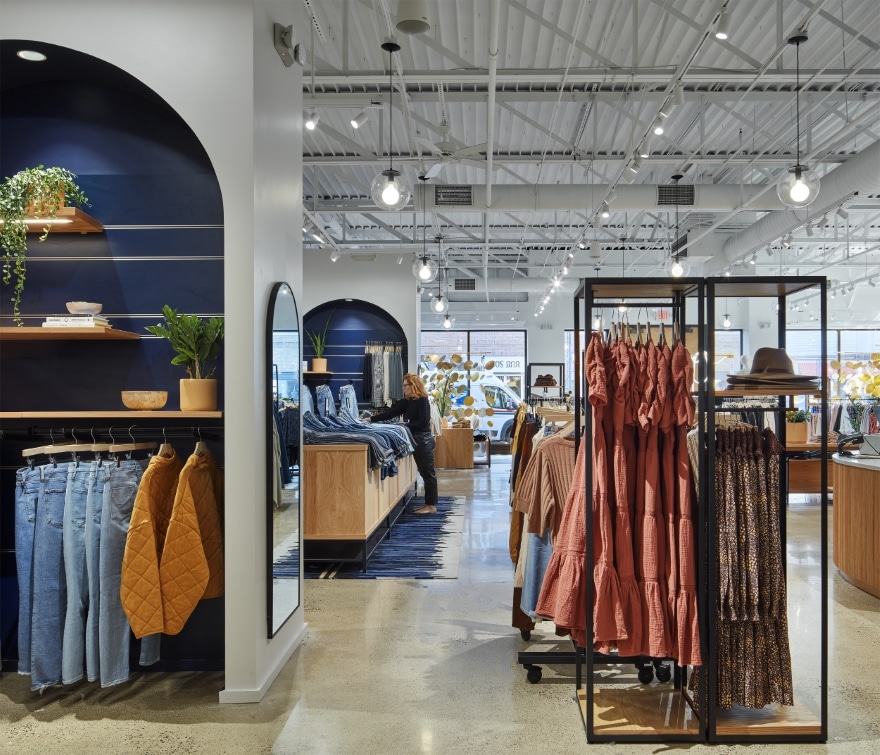 She adds that her boss is the executive sponsor for the task force and influenced EVEREVE to start its journey towards 100 percent sustainable denim production over the next five years. That means organic cotton, natural dyes and rivets and buttons made from natural or recycled materials.

“Like I do now at EVEREVE, I like to share my knowledge to help companies grow while protecting the planet and ensuring a high-quality customer experience,” says Ihle, who also taught interior design studio classes at University of Minnesota for nearly a decade and is currently teaching one course this semester.

While there between 2007 and 2015, she co-designed and taught a summer camp program for children ages 12 to 15. As part of the program, she presented a paper she coauthored at the 2009 International Democratic Education Conference urging interior design to be included in kindergarten through 12th grade curriculum.

“What I learned in higher education impacts how I do my job and move companies toward consistent, effective and lasting sustainability,” Ihle says. “My hope is that the next generation also sees at a younger age how important interior design can be to eco-friendly efforts.” 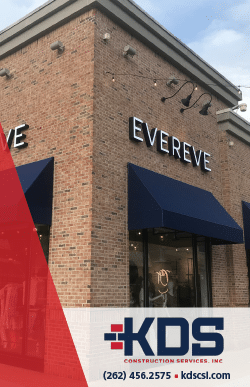 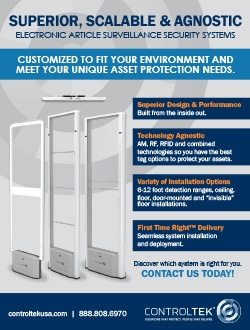 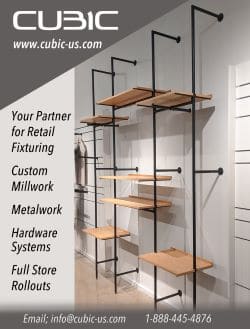 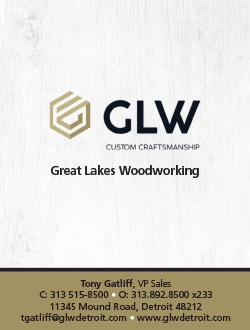