He’s adept at juggling high-stakes projects with strict timelines and sometimes dealing with inherent geological challenges in the process. 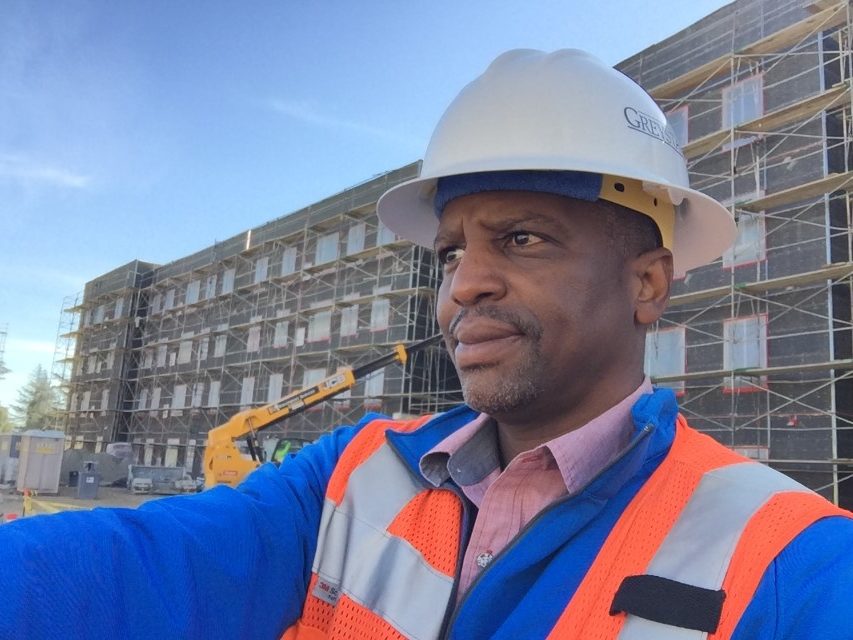 Such as in 2018, when Justin Smith was overseeing the development of student housing projects in both Fort Collins, Colorado, and Honolulu.

Laying down a sprawling slab foundation in northern Colorado didn’t present too many challenges, he recalls, other than working in very changeable weather. But high-rises rule in Honolulu, and this 14-story structure required pier drilling. That’s a complicated procedure accomplished by excavating a cylindrical shaft deep into the ground and then filling it with concrete.

That drilling revealed multiple subterranean karsts with a river flowing to the Pacific Ocean, so Smith and his team had to round up highly trained divers for the perilous task of going below and assessing the conditions. This led to the reengineering of the foundation system, potentially jeopardizing the schedule. Over the course of the project, a volcano on another island erupted, and while it didn’t directly affect construction, it posed problems for many of the workers who commuted from there to the work site or had family in the danger zones. 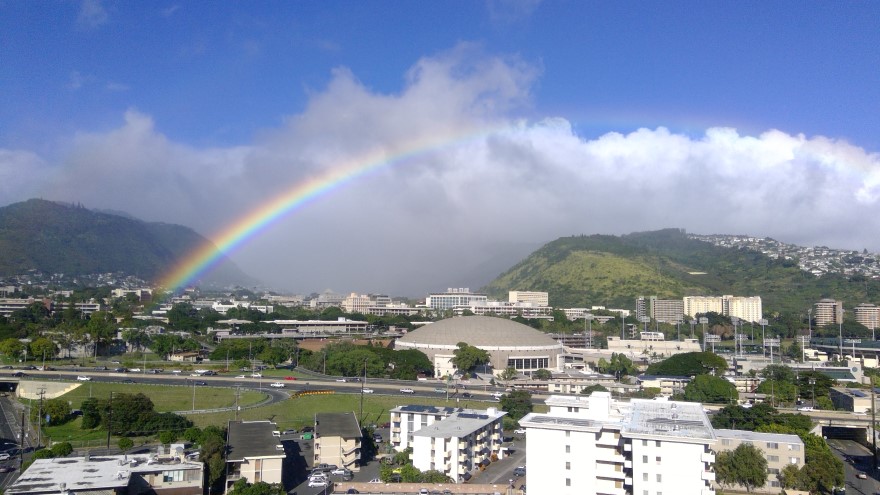 Despite those issues and others, the Honolulu project is now teeming with residents, as is the one in Fort Collins. There will always be some complicated factors whenever any ground is broken, Smith tells Blueprint this past fall, but he’s quick to say there’s also always a solution when you have a strong team on board.

Over the past five years, Smith and his team have found enough solutions to enhance the Greystar portfolio, adding projects with 500-plus living units valued at over $500 million. He also hopes to set an example in the process.

There are far too few African American construction executives, Smith laments. Much of the reason being the high hurdles any young person must clear to get into this fulfilling, but demanding, profession—the STEM courses, the cost of higher education, the personal commitment. But he also attributes the disparity to systemic racism that makes the hurdles much higher for minority youth.

“It’s something that affects all of our communities and hinders some young African Americans from getting to even that first hurdle,” he says. “Maybe it’s the education one received as a youth and not being exposed to the same opportunities shown to more affluent neighborhood kids. Maybe it’s the community inequities for young African Americans. But while the hurdles may be high, they aren’t insurmountable.” 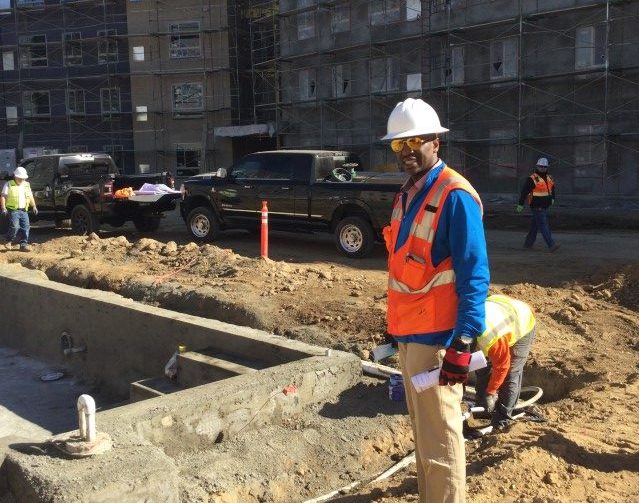 They weren’t for Smith, though he concedes he had some advantages growing up in a stable home in an Oakland, California, neighborhood where much construction was in progress. As a boy, he found it fascinating to see a developer convert a multi-acre site into a neat row of Victorian homes. “From there, came my desire to create and build a city block with houses and shops,” he says.

As Smith grew up, other details would cross his precocious mind. He’d wonder how fast a project could be completed and what logistics confronted the developer. Or how that developer acquired and paid for the real estate and how profitable it was.

Having uncles who were in the trades further fueled Smith’s interest in building, and he was delighted as they allowed their nephew to participate in small residential projects.

Eventually, he pursued higher education at California Polytechnic State University-San Luis Obispo where he earned a B.S. in construction management in 1993. That prepared him for his first job as a project manager with a San Francisco construction management firm for the next three years. Then it was off to The Ohio State University-Max M. Fisher College of Business for an MBA in investment finance.

All active on the western front

After earning that last degree in 1998, Smith worked for several West Coast builders, including a 12-year stretch with NorCal Construction Management, before bringing his experience to Greystar. A global leader in collegiate, multifamily and senior rental housing, the Charleston, South Carolina-headquartered company entrusted him with its projects in California, Hawaii, Idaho and Colorado.

Right now the major project is Hornet Commons, a public-private partnership that will bring 284 living units with 1,100 beds to a University in Sacramento. Ground was broken in May 2019 and though COVID-19 has disrupted the supply chain and working conditions, around 75 percent of the project has been completed and its opening is still on track for the 2021 fall semester. 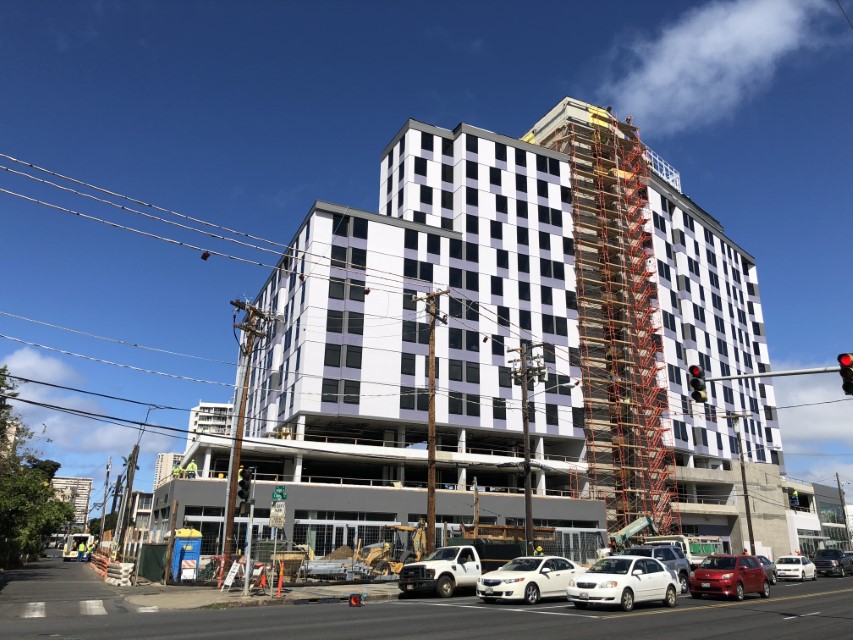 “Fortunately, we’ve been able to endure some of the challenges,” Smith explains. “For example, tasks that took four men are now broken into four parts with eight men needed because of social distancing.”

But they’ll do whatever it takes, Smith noting that timing is everything when it comes to student housing, and that the university is counting on this project not only to alleviate a housing shortage but also to enhance campus and community. When complete, there will be six four-story residential buildings and a clubhouse, totaling 300,000 square feet of new facilities.

Student housing presents unique challenges, he says. Typical construction can be divided into four logical components: design, pre-construction, construction and operational. Student housing entails the same four, but that last component, operational, comes first. Troublesome as a delay might be with a commercial or municipal project, it’s more consequential on campus. 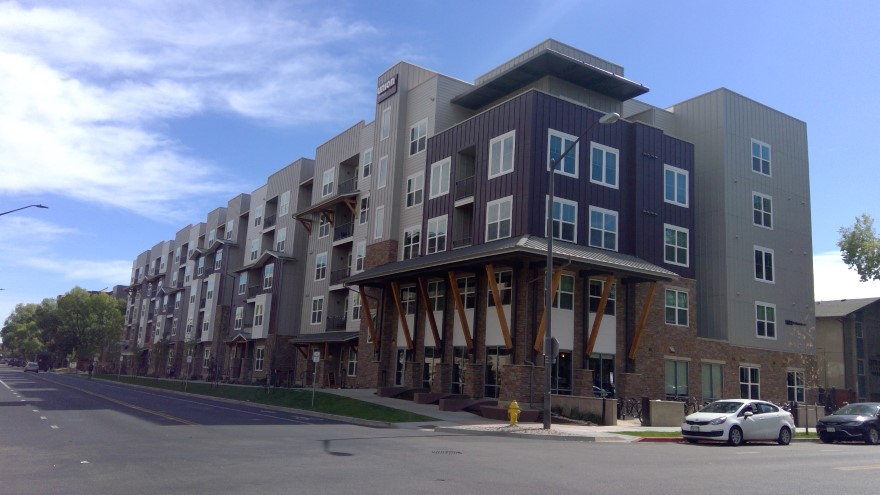 “If you set the opening for the fall semester and are one day late, you’re one year late,” he says. “You’ve missed that window to capture the student body. Even with COVID, the goalpost we set never changes.”

It’s a can-do mindset that seems to transcend Smith’s approach in all matters. And while he doesn’t mind standing out in a crowd, he’d rather it be for accomplishment and not because his demographic is so underrepresented in this profession.

“Even if you don’t go to college, there are other ways into the real estate and building industry,” he advises. “Community college, apprenticeships, even buying and remodeling of your own home or property. Just be tenacious, pursue your dreams and prepare for the unexpected. The architecture, engineering and construction industry has room for us all.” 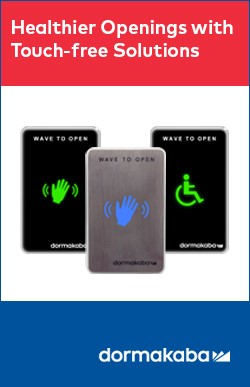