Justin Moss didn’t go to law school to become a lawyer, but he still uses his degree every day, most recently in his role at Fairfax County Public Schools, where he managed many difficult contractors.

Moss knows his degree is unusual for a director of facilities management, but he says it’s made him better at his job, too. Ultimately, it helps ensure students, schools and taxpayers aren’t taken advantage of. 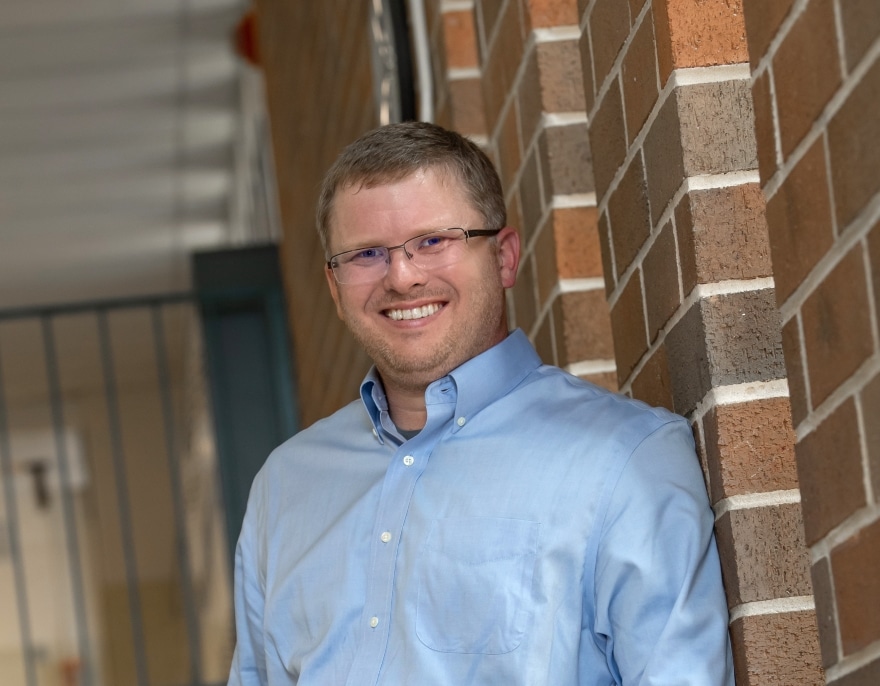 “We’re stewards of the public trust, so we need to make sure everything we do is in the public’s best interest,” Moss says. “I was always interested in using my degree in a capacity like this. I saw how applicable it’d be in facility and engineering work.”

Located in Virginia just west of Washington, D.C., Fairfax County Public Schools is the country’s eleventh largest school , with over 188,000 students across 196 schools.

According to Moss, he and his team oversee 27 million square feet. The biggest challenge, he says, is the variety in age and types of buildings. Adding to the challenge, the district has over 5,000 HVAC models consisting of over 37,000 pieces of equipment, all of which are being replaced because of COVID-19. 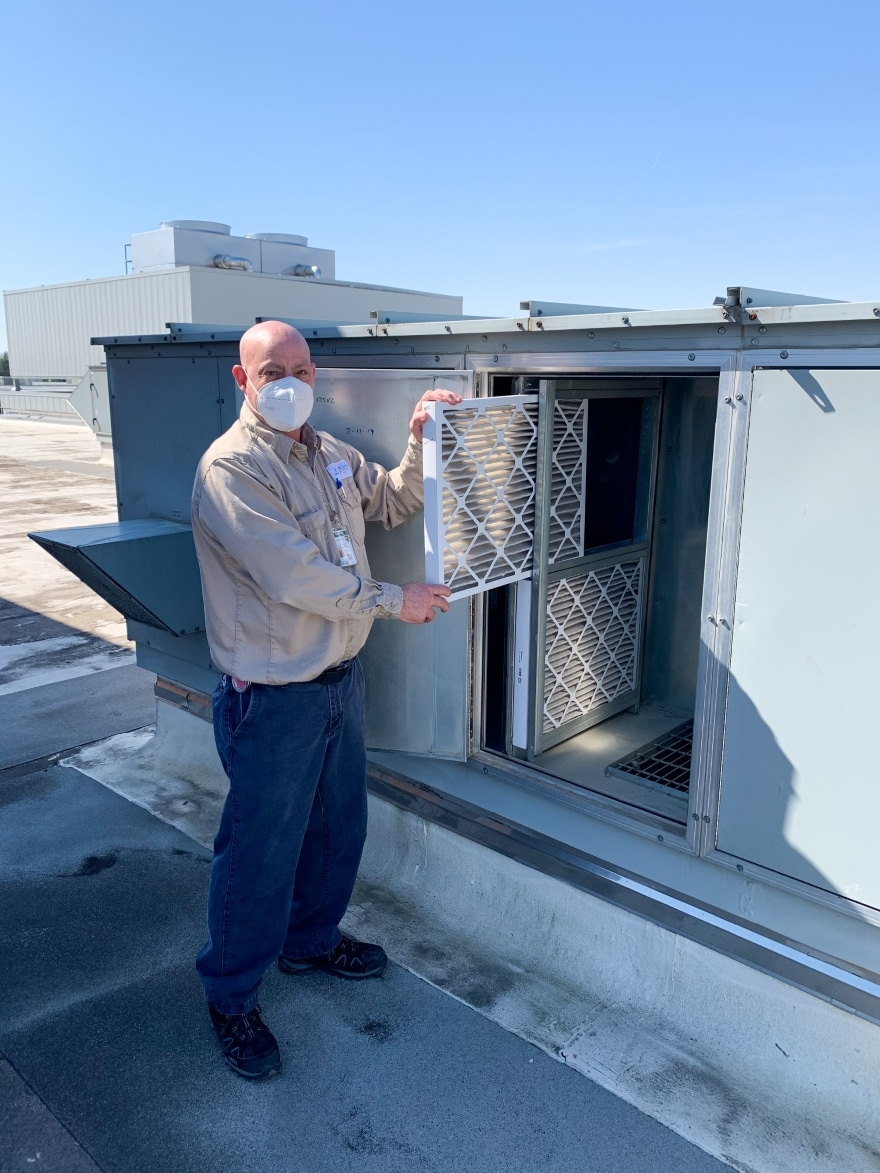 When the pandemic started in March 2020, Moss and his team installed MERV-13 filters in the central heating and cooling plants. They also provided portable air purifiers with HEPA filters and built-in UV lights.

However, to do a complete overhaul of the district’s HVAC systems, he had to apply for an Elementary and Secondary School Emergency Relief Fund grant. He says the district is set to receive $32 million, with the units expected to be replaced over the next two years.

Moss is now applying for another ESSER Fund grant for more HVAC upgrades, as well as for improved automation systems. Some of these systems—which control the HVAC systems from a computer—haven’t been updated since the 1980s, with service vendors being increasingly hard to find.

Additionally, Moss wants to move his office to a more efficient program for air filter maintenance. The district’s 45,000 air filters need to be replaced every 90 days, and while Moss says the current organization system is “very robust,” he wants to use something more modern.

Because the HVAC systems haven’t been upgraded yet, Moss and his team had to ensure each school was being thoroughly cleaned—and that proper social distancing measures were in place. They also installed outdoor learning areas for students to use in nice weather.

“COVID required us to constantly adapt,” Moss says. “As soon as you tackled one problem, another one popped up. In hindsight, we really rose to the occasion and I’m proud of how my team stepped outside their comfort zone and worked through each challenge.”

Speaking to Blueprint in late July, Moss says students were expected to return to in-person learning this fall. In preparation, over the summer, he and his team hung new signage regarding masking and social distancing protocols.

For the most part, they’ll continue doing what they did last year. The air purifiers, filter replacement schedule and use of hand sanitizing stations resulted in the district receiving the WELL Health-Safety Rating from the International WELL Building Institute. 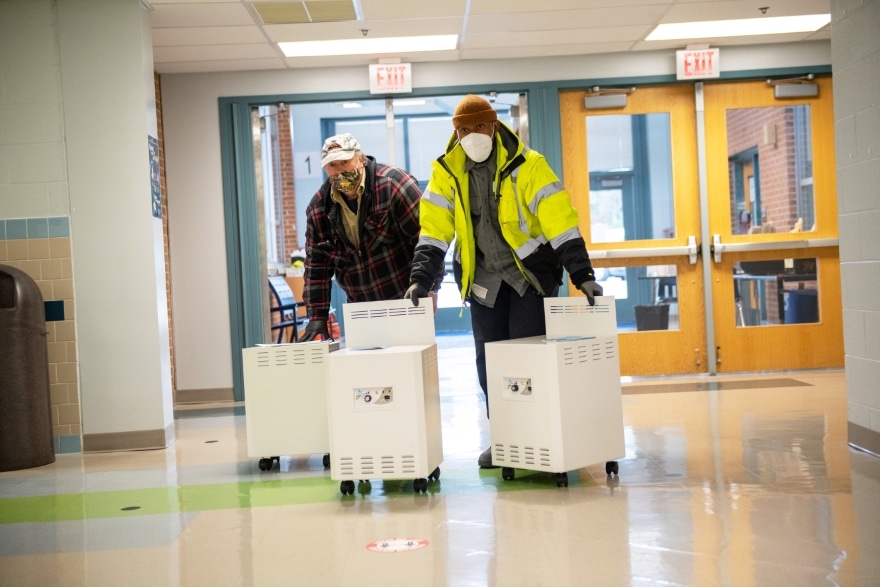 With reliable COVID-19 protocols in place, Moss is turning his attention to renovations, including a retrofit of Washington Irving Middle School. Retrofits are a common practice in the district due to budget constraints, he says. At the middle school, he’s replacing the duct work with a new modern design that uses pre-conditioned outdoor air and ventilates as well as dehumidifies. The new system is also designed to reduce mold within ducts.

Replacing the duct work also requires redesigning some of the classroom wings to accommodate the new system’s different shape and layout. The $2.5 million project is expected to be finished by the start of the school year.

“In general, our retrofits are critical because they sustain us until we can do larger renovations,” Moss says.

Building at home and work

His love of problem solving goes back to his days as a pre-law undergrad at the University of Alabama, where he graduated in 2007. He also worked as a defense contractor building ships for the U.S. Navy before shifting to facilities, with the career change being the catalyst for going to law school. He says having work experience helped him realize how he’d want to use a law degree. 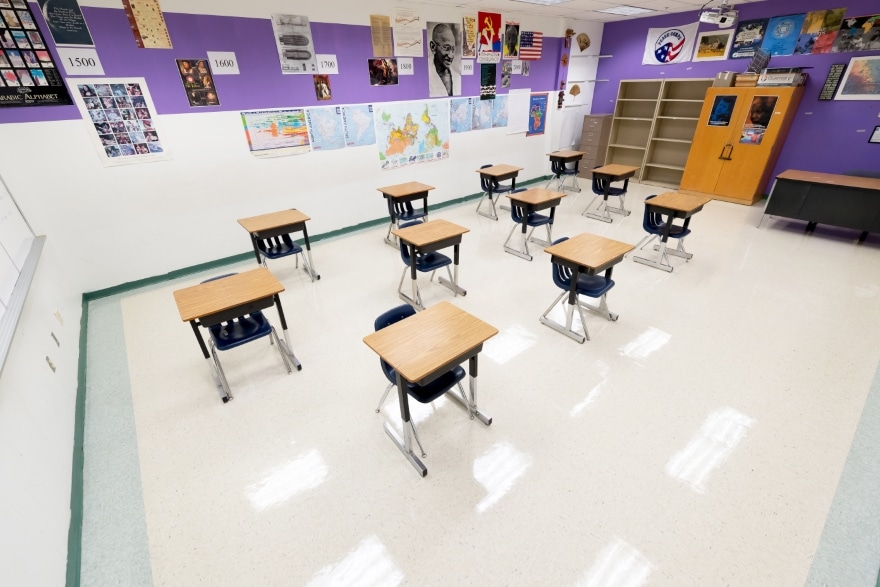 Moss earned his law degree in 2014, the same year he started at Fairfax County Public Schools. He’s had a few promotions over the years, including one in his personal life: He recently became a father of four. Moss and his wife, who already had two toddlers, welcomed twin boys in June.

Between expanding his family and improving the school district, Moss is doing what he loves.

“The most fulfilling thing for me is that I get to build things,” he says. “I love starting at the beginning and seeing things come together. I like navigating challenges that arise and finding ways to get to the end result.” 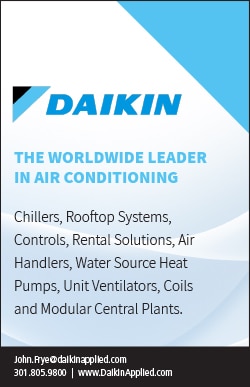