The parties rock on with Chuck E. Cheese re-imagined

Don’t worry, they’re not breaking up the band at Chuck E. Cheese. A forerunner in using animatronics for entertainment, Chuck E. Cheese has been a birthday party destination for so long that grandparents are enjoying the shows again anew.

However, as the iconic band of Chuck E. Cheese, Helen Henny, Jasper T. Jowls and Mr. Munch plays on, the nearly 45-year old chain is adding new features and fun, says Justin Lee. Those include interactive dance floors, monitors and video walls added to more than 450 restaurants in the U.S. 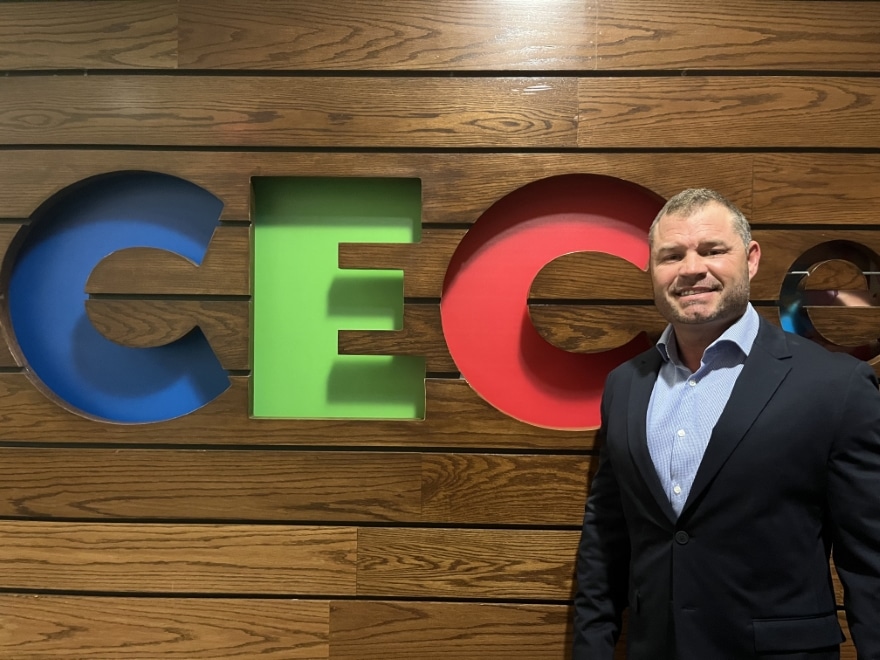 Lee, the senior director of construction and facilities for parent company CEC Entertainment, is overseeing the store remodeling, working his way across the country for the next several years.

“The rebranding and remodel program and all the fun and entertainment upgrades are providing a great new experience for customers,” he says. “Our new furniture and new restrooms will appeal to parents and help make them comfortable.”

The pace of change

Lee joined CEC Entertainment in July 2018 as the company was just beginning its efforts to rebrand and remodel its restaurants. As he explains, it had worked with consultants who found that while kids love Chuck E. Cheese, the company needed to appeal more to parents.

“It’s a multi-generational brand—fans are a legacy,” Lee says. “We’re also enhancing the game packages. Because we’re more efficient in how we lay out stores, we can add games and more seating.”

About 25 restaurants were remodeled in his first year, then 50 in 2019. In 2020, it dropped to six as the COVID-19 pandemic arrived and the company filed for Chapter 11 bankruptcy protection. CEC Entertainment emerged from bankruptcy in December 2020 with a new board of directors and new President and CEO, David McKillips. McKillips, formerly of Six Flags Entertainment Corp., renewed the remodeling and rebranding touching everything from exterior signage and lighting to interior video walls and dance floors. 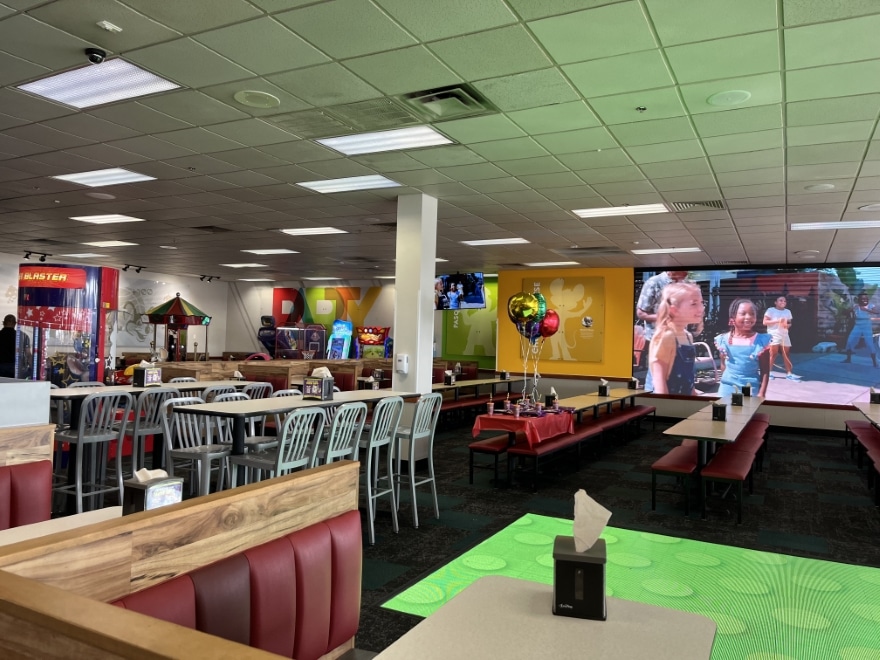 “With everything digital, we have four seasons of fun and they can go with a season in themes on dance floors. Décor and are in every part of the Chuck E. Cheese experience,” Lee says.

The game choices will rotate through stores to keep things fresh, too. Bathrooms are being upgraded with touchless fixtures and new tile. Stores are getting LED lighting and motion sensors to control lights and interiors will be outfitted with new carpets, paint and wall striping.

The customer experience is improving, too. Remodels include conveniences for parents such as charging stations for devices and seating areas where they can relax as children play. Game tokens are being replaced with digital passes that allow parents to add time or pause them when everyone sits down to eat, as well.

The Chuck E. Cheese app has also been added so customers can order delivery or carry-out, plan their trip in advance, track their historical expenses, and even claim rewards as part of the new loyalty program from the convenience of their phone.

The ambitious remodeling and rebrand is accompanied by an ambitious project schedule. Lee says CEC will remodel 30 stores per quarter for the next several years while building six or seven new ones annually. The projects are being carried out in regions, with stores in South Florida being worked on as he spoke with Blueprint in February.

Lee says a reason CEC Entertainment can move so quickly on its update is because of its long-standing partnership with Parkway Construction of Lewisville, Texas. Parkway has dedicated staff to CEC Entertainment projects down to supervisory levels and Lee is able to see subcontracting bids that come in and be part of design discussions.

“We have a 35-year relationship with them,” Lee says. “Not only is it sometimes simpler to be working with one contractor, there’s trust and transparency and reliability.” 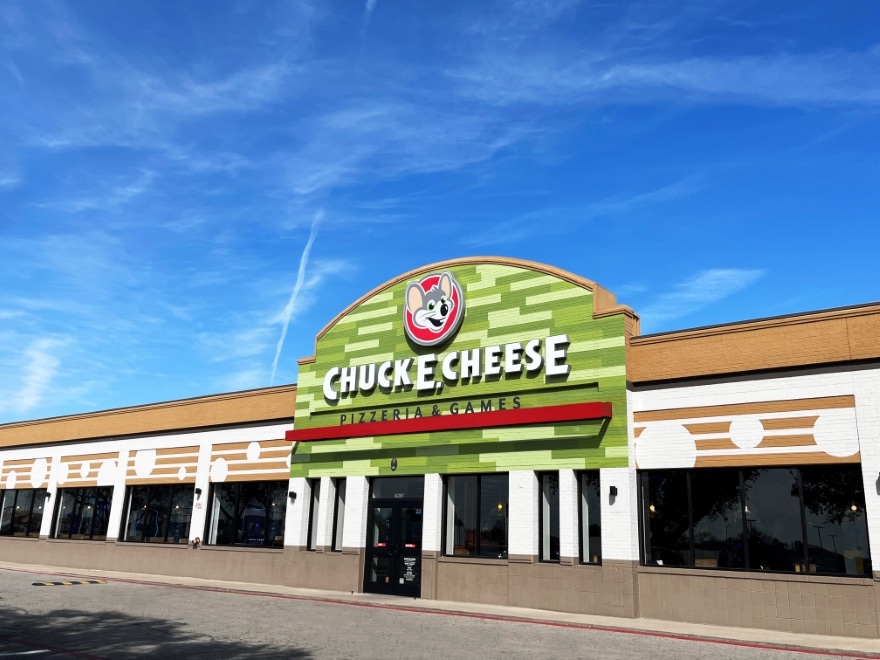 Coordinating store remodels using one contractor is an example of making things simpler, and Lee says CEC Entertainment also coordinates supply for the projects through a warehouse in Kansas. There, the company stores a quarter’s worth of needed materials that Parkway hauls to job sites.

Remodeling projects take six to eight weeks and the work is done after hours. Each morning, contractors sign off on a checklist showing they’ve cleaned up their work and the store is ready to open.

Additional coordination is needed with CEC’s entertainment team, which helps remove old features and install the new video wall and dance floor. This is usually done in the third week of remodeling—with the catch that no entertainment feature is removed before new features are installed.

While guiding the conversions to the latest version of Chuck E. Cheese, Lee is also overseeing the expansion of CEC’s Peter Piper Pizza brand, which is primarily based in the Southwest and has locations in Mexico, too.

He’s working on plans and proofs of concept for expansion in 2023 as Peter Piper Pizza shifts, in part, to a delivery-only model, called Peter Piper Express. It’s pickup service was quite successful during the COVID-19 pandemic, Lee adds.

Guiding how CEC Entertainment reimagines an iconic brand and experience isn’t what Lee expected to be doing when he grew up in East Texas. He loved baseball, and if he couldn’t play it professionally, he hoped to become a coach.

Lee played ball through college for the University of Texas at Tyler, where he earned a bachelor’s degree in kinesiology and exercise science in 2013.

He was still exploring coaching options after graduating when a friend in construction management urged him to get into the field. Lee joined Lay Construction, based in Tyler, Texas, in September 2013. He began as superintendent. Two years later, in 2015, he became a vice president and field operations director, as well. 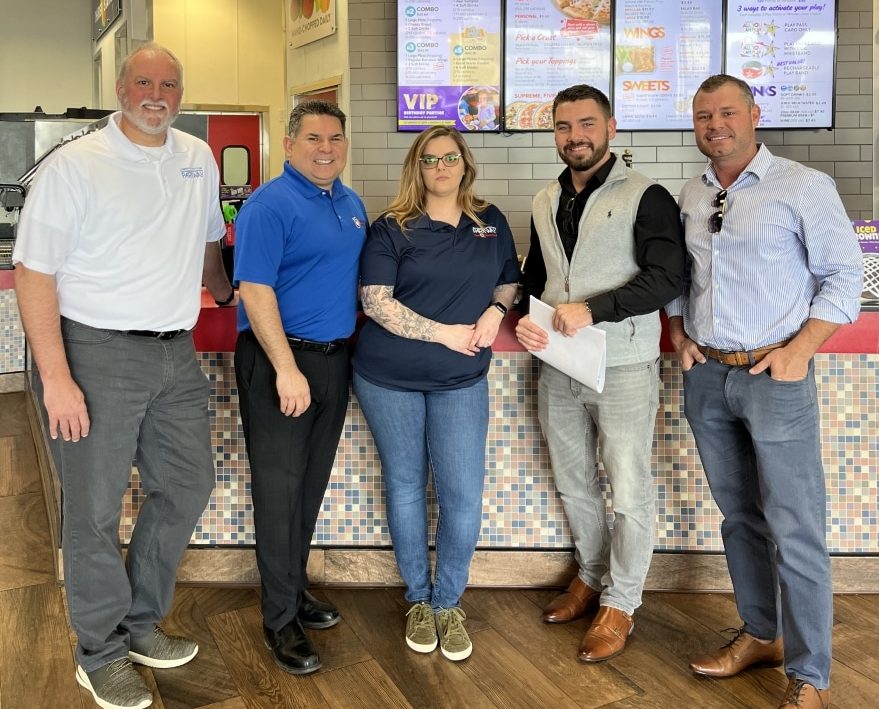 In July 2018, Lee joined CEC Entertainment as project construction manager and was promoted to his current position in May 2019. Lee’s work requires extensive travel—he chatted with Blueprint from a Chuck E. Cheese in San Diego—but when he’s not on the road he likes to play golf and take photos with his smartphone.

“Helping make this become a reality is true collaboration internally,” he says. “The part I love the most is the people I’m in contact with. I enjoy meeting people in the stores and then coming back once we’ve finished and seeing their faces when it’s done.” 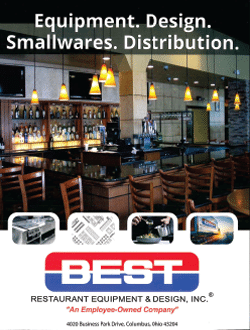 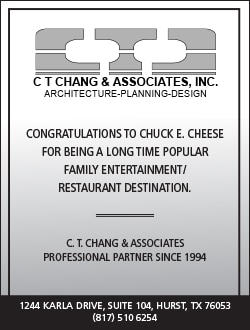 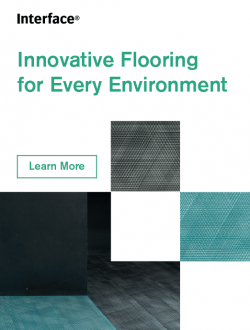 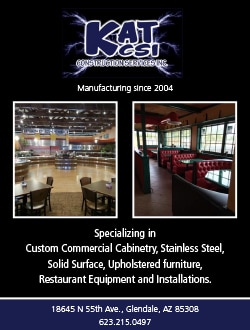 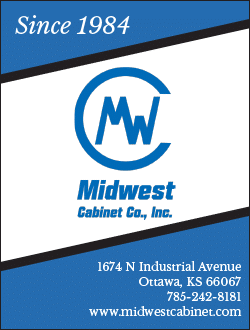 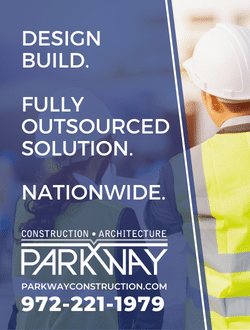 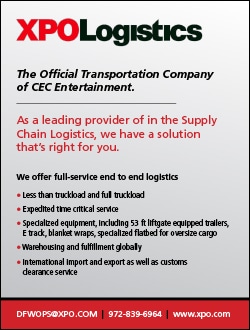