Call it “A Tale of Two Theaters.” No, it’s not a Hollywood blockbuster with a cast of thousands and computer-generated graphics to stun and thrill moviegoers, or an arthouse indie flick about rival playwrights.

Rather, it’s the story of how Cinépolis Luxury Cinemas and Julian Ortiz are making going to the movies a luxurious experience—while helping bring new life to an industry ravaged by the COVID-19 pandemic.

The setting: a pair of Los Angeles-area theaters. The first, which opened in 2018 in Pacific Palisades, has a retro theme including a replica marquee from the theater it replaced. The second is a coming attraction—a state-of-the-art, 12-screen cineplex under construction near the new $4.9 billion SoFi Stadium in Inglewood, scheduled to open in spring 2023. 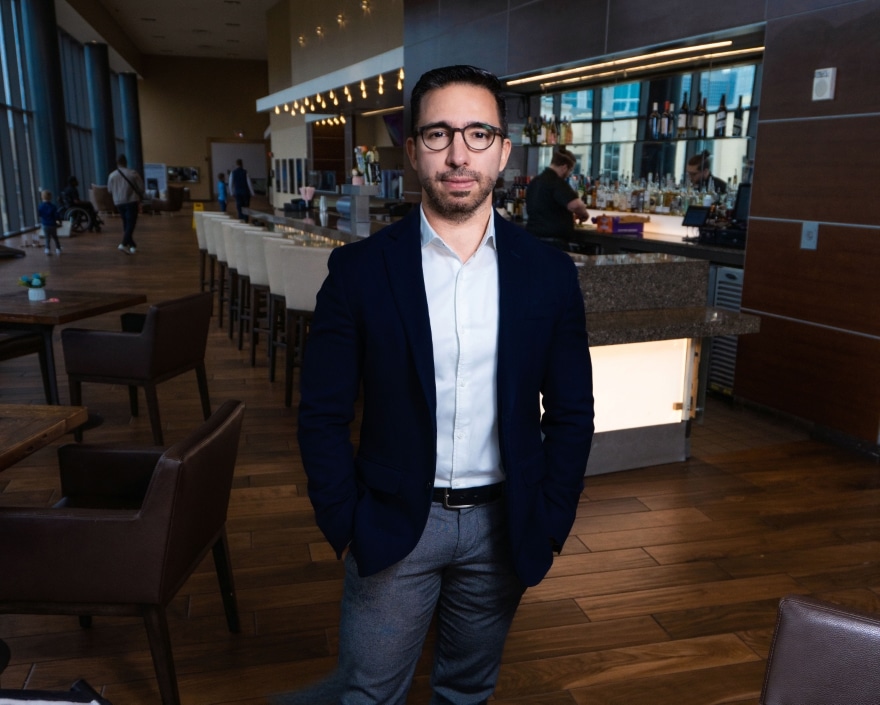 Both theaters offer meal service, recliners and lobby bars. In fact, the Inglewood theater will have the first meal service offered in an IMAX theater in Southern California, Ortiz says. He’s the vice president of design and construction for Cinépolis Luxury Cinemas, the U.S. arm of Mexican-based Cinépolis.

“Cinépolis  debuted the VIP experience and concept of luxury viewing in 1999,” Ortiz says. “We’re making our theaters a destination and a gathering point, even for people who don’t always want to see a movie.”

Founded in 1971 and headquartered in Morelia, Mexico, Cinépolis is the world’s third largest movie theater chain, with more than 6,600 theater screens in 19 countries. Cinépolis Luxury Cinemas operates 27 theaters across the U.S.

Ortiz says Cinépolis was one of the first theater chains to embrace luxury viewing by adding reclining chairs, as well as meal and bar service. Pre-COVID-19, blankets were also provided. 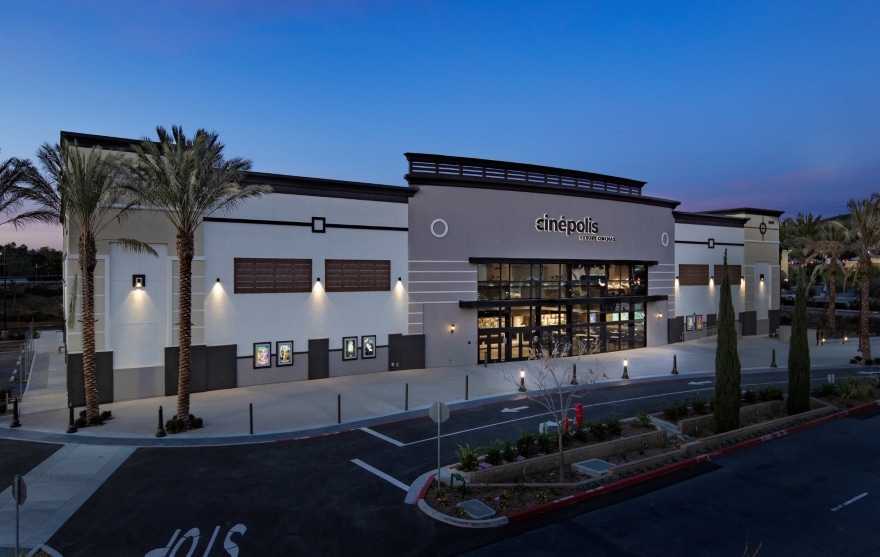 The company was also among the first to replace film reels with digital projection systems in 2012—but those are becoming outmoded, too. Cinépolis is now using laser projection systems at its Mexican theaters and Ortiz expects those systems to be added to U.S. theaters by 2024.

The pandemic didn’t just put an end to blankets and packed theaters. COVID-related closures and customer apprehension reduced 2020 attendance to a 40-year low. Box office receipts have increased 91 percent in 2021 and 2022, but they’re still 61 percent below 2019, according to Variety.

Ortiz says the company is banking on a rebound with new builds and acquisitions, highlighted by the 1,200-seat theater under construction in Inglewood.

Catch a movie or catch a game

The new Inglewood theater—a 15-minute walk from SoFi Stadium, home to the NFL’S Los Angeles Rams and Los Angeles Chargers—is part of the redevelopment of 300 acres of Hollywood Park.

To help draw customers, the theater lobby will feature an open-air sports bar. The new amenity requires re-envisioning the traditional lobby space to fit a 3,000-square-foot kitchen. The more central kitchen location will make it easier to feed patrons—both at the bar and in the  auditoriums.

Traditionally, IMAX theaters haven’t offered meal service or recliners because the amenities reduce theater capacity. However, people have gotten used to streaming entertainment in their living rooms and what they want more than anything, Ortiz says, is comfort—including an upgraded meal menu. 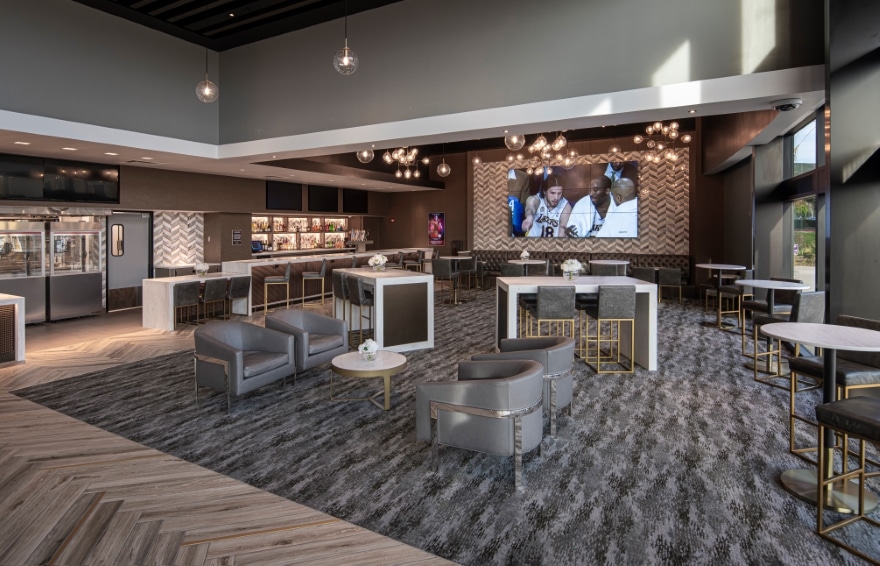 The kitchen at the Inglewood theater may use robots to bring food from the kitchen to servers, though not to tables. Ortiz says kitchen robotics is being tested in a pilot program at three U.S. theaters.

The new Inglewood theater was preceded by the Bay Theater in Pacific Palisades. Ortiz, while working with Retail Design Collaborative, led the design and construction of the five-screen luxury theater. Not only is there the replica of the original Bay Theater marquee, there’s a private 35 mm screening room with meal service and a bar. Bay Theater is also connected to a beach-resort themed community lounge.

In July 2019, Cinépolis acquired the Texas-based Moviehouse & Eatery chain, which included six theaters. Rather than changing Moviehouse & Eatery’s approach, Cinepolis has incorporated it—most recently at Cinépolis La Costa Town Square in Carlsbad, California, and Cinépolis Cocowalk in Miami. In Miami, the kitchen was doubled in size and an enlarged bar is a focal point in the lobby, Ortiz says.

Ortiz joined Cinépolis in March 2010 as a construction project manager for Latin America. His role expanded into more of South America when a chain of theaters in Chile was acquired in 2014.

He was born and raised in the state of Caldas Colombia and earned his bachelor’s degree in architecture from Universidad Nacional de Colombia in 2001. After graduating, he became resident architect at Punto Exacto Arquitectura and designed and built country houses, luxury apartments and retail developments.

In March 2004, Ortiz joined Construcciones Arrecife in Bogota, Colombia, as an architect of modifications and after sales for the company’s residential projects. In 2006, he earned his master’s degree in construction management from Pontificia Universidad Javeriana. 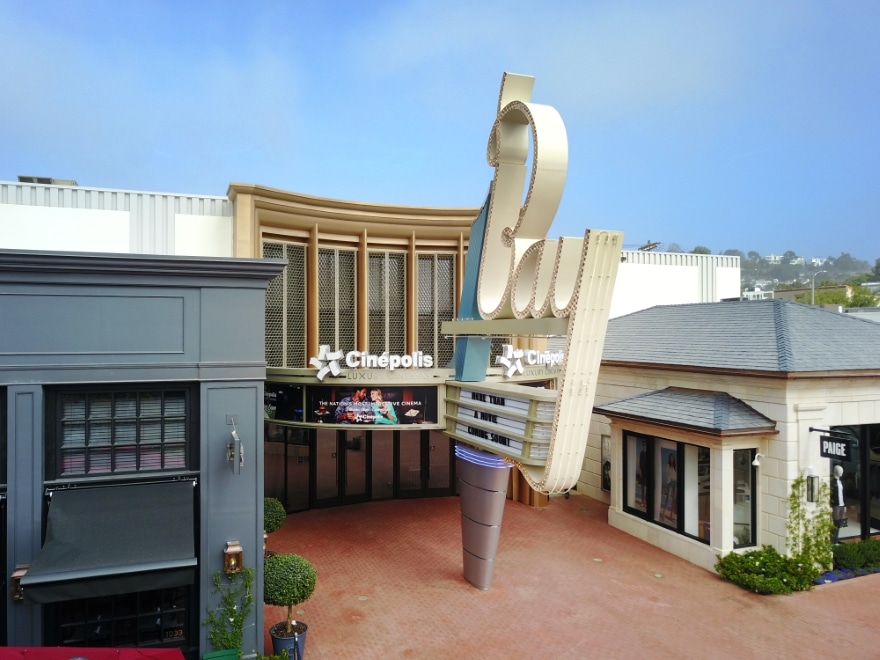 His next career opportunity took him a world away when he became projects coordinator for TYPSA in 2007 and worked on projects in Dubai in the United Arab Emirates. The company was the main consultant for the second phase of the Dubai Healthcare City project—coordinating the design and construction of 25 residential buildings, 50 villas and two mosques.

In February 2009, Ortiz returned to Colombia as a construction project manager for JLL. His projects included designing and constructing NCR and Teradata’s Colombian corporate offices, Microsoft’s offices in Ecuador and a Convergys call center in Colombia.

“Working with Cinépolis has transformed my life,” Ortiz says. “Putting passion into what I do and striving for excellence has allowed me to bring smiles and unforgettable moments to many people through my job.” 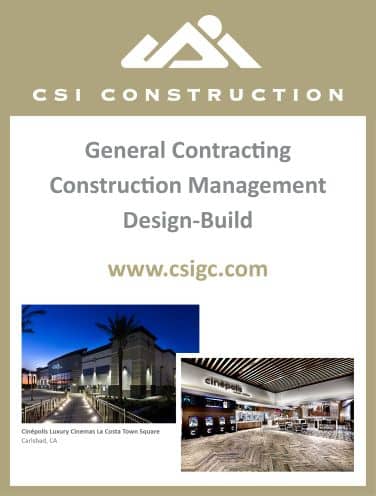 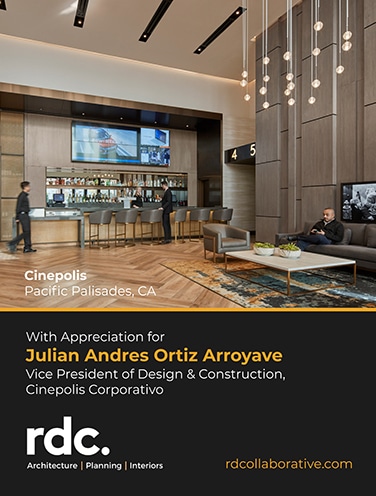