It was not a job requiring the nuclear physics Joshua Roney had learned in the U.S. Navy and the civilian nuclear energy industry.

But while he wasn’t splitting atoms, he was certainly splitting duties, work shifts and even floors as he oversaw construction of a new behavioral health unit at a hospital in McKees Rocks, Pennsylvania. 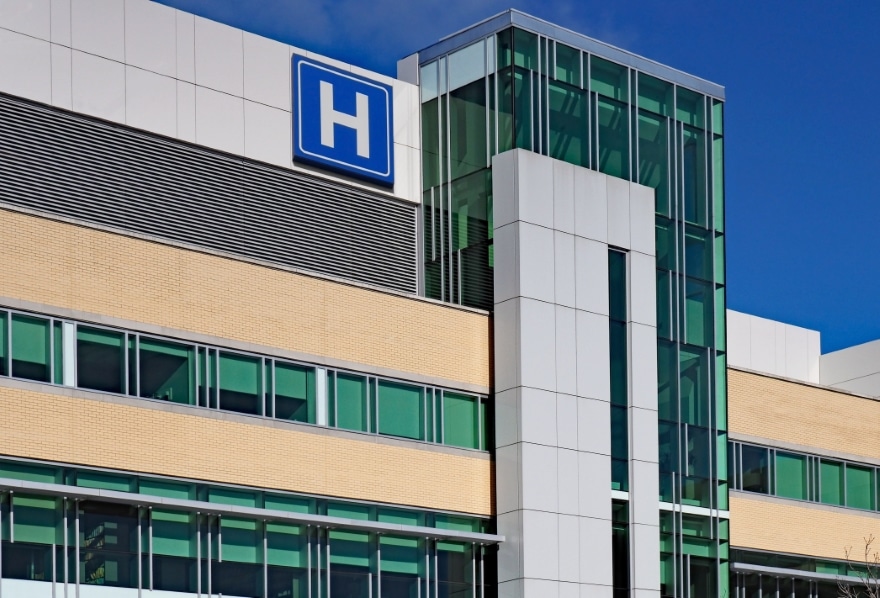 The 15,000-square-foot unit for Heritage Valley Kennedy sits a floor below operating rooms and a floor above the sterilization area serving those operating rooms. It was built during the COVID-19 pandemic that restricted where people could work and how many could work in an area—restrictions on top of the requirement that construction could not interfere with surgery schedules.

As Roney reflected on the project with Blueprint in March, it was still difficult to put into words.

“It’s still a little surreal to me to walk through the unit,” Roney says, as its opening approached. “It’s been empty in the last year; now I’m seeing nurses add their furnishings and files as needed. It’s also a little nerve-wracking knowing this is a unit for a special community and you hope your time and effort serves them in the way they need to be served.”

As a system facilities director for Sodexo, the French company that oversees construction and facilities for the Heritage Valley Health System, Roney has more to do than the behavioral health unit in McKees Rocks. In fact, he had 14 ongoing projects when he chatted with Blueprint, including a $2 million replacement of cooling towers at Heritage Valley’s Sewickley campus downstream on the Ohio River from McKees Rocks.

But 24-bed behavioral health unit, which replaces a relocated physical therapy center, stands out because of the sheer effort it took, he says. Planning for it began in mid-2019, as consultants were asked about room sizes, furnishings, fixtures and security, Roney recalls. 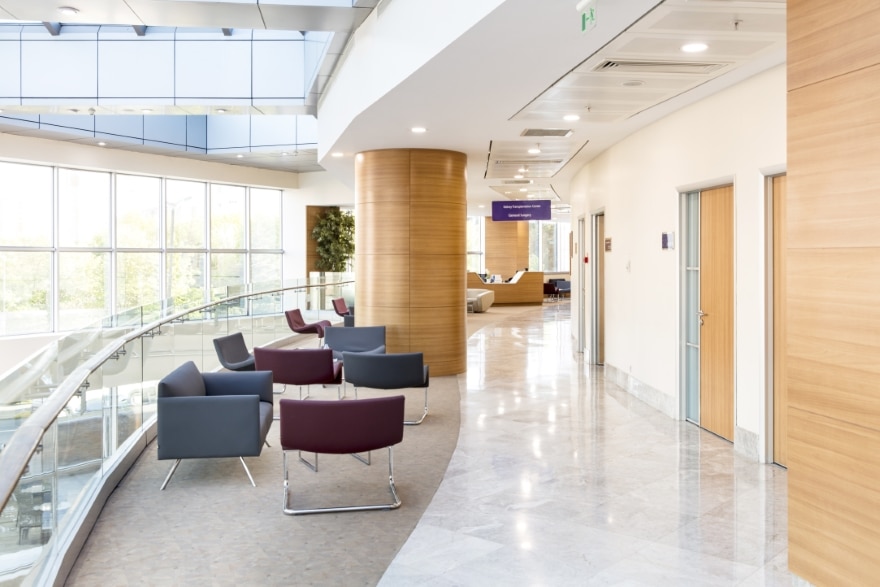 Even compared to a typical medical build, this one was complicated. For instance, beds are weighted and secured to the floor to limit the risk of patients harming themselves, Roney says. Shelves for personal belongings are wall mounted, and furniture can’t have sharp edges and everything that’s installed can’t possibly be unbolted by a patient. Lights are controlled from the nursing station instead of with switches in the rooms.

In the common rooms separating the sleeping areas, the chairs must be portable so people can gather for group sessions, but are weighted down with sand so they can’t be lifted easily. TVs and shelves are bolted to walls, and glass throughout the unit is reinforced, Roney says.

“I learned way more than I thought I would about these types of units,” he adds. Roney also had to ensure the unit is entirely visible from the nursing station and surveillance cameras are installed at the best angles. Access is controlled by card and key code units as well as an intercom system that allows staff to let authorized visitors in. The unit also contains a sensory room—a quiet area designed for patients who need solitude.

Timing how it was built was just as crucial.

“The first 60 percent of the project was done on back shifts and weekends because scheduled surgeries are done on weekdays,” Roney explains, adding that work could also be stopped if the operating rooms and sterilization areas were needed for emergencies.

Water and power were shut off on occasion, meaning surgical equipment had to be sterilized ahead of time. When new plumbing and other systems were installed in the ceiling of the sterilization area, construction crews would coordinate with staff and mark off what Roney calls “infection control boundaries,” at the beginning of a weekend, and remove them by Monday morning when the sterilization area was needed again.

With all this came the complications of COVID-19—construction of the behavioral health unit began about a month before the pandemic, and all work halted for about four weeks because it was not considered essential. 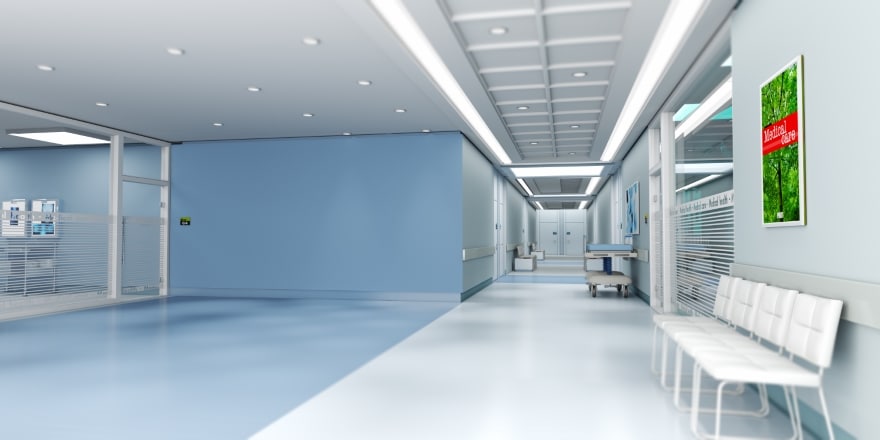 When construction resumed in April, no more than 10 people could work in the unit at one time, complicating the intricate scheduling between tradespeople such as plumbers, electricians and HVAC installers.

“We had to break the evenings into basic shift work to manage it,” Roney recalls. A three-bed holding station for observation and new nurse stations were added to the hospital’s emergency area, concurrent with the new behavioral health unit.

Beginning in May, Roney will oversee the replacement of cooling towers in Sewickley, a project that reduces the number needed from three to two, while also taking advantage of a new local regulation allowing them to be fully enclosed, he says.

The reduction is due to the energy efficiency of the new towers and the enclosure helps them operate more safely. Shielded from the sun, the towers will have less water evaporation and better inhibit the bacterial growth that can spread into the HVAC system and cause illnesses such as Legionnaires’ disease.

Born into a Navy family at Jacksonville Naval Air Station in Florida, Roney lived most of his teen years in Pittsburgh before enlisting in the Navy in 2006.

After two years of studying in the Navy’s nuclear program in Charleston, South Carolina, he served three years on the USS George Washington, a nuclear-powered submarine based in Yokosuka, Japan, that spends six months at sea. Following that duty, Roney was assigned to upstate New York, where he trained personnel in nuclear operations and maintenance. 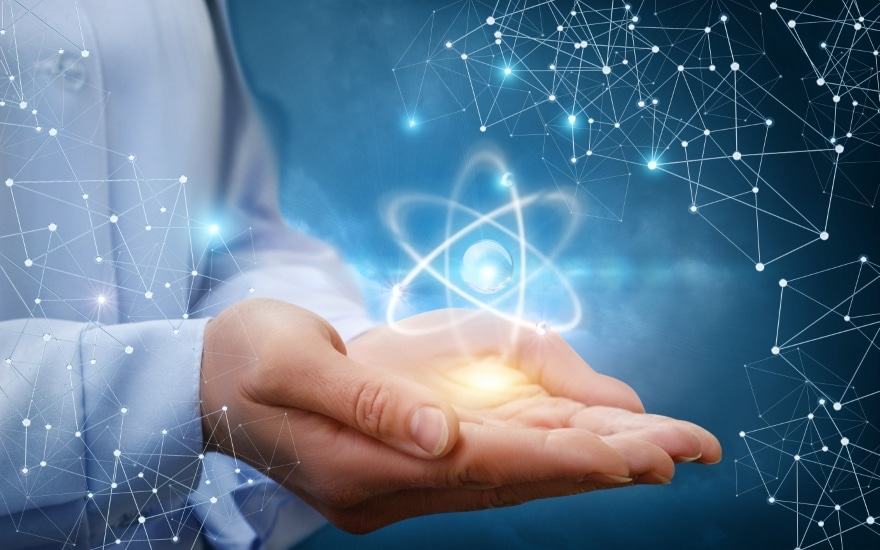 After serving more than eight years in the Navy, he returned to the Pittsburgh area in 2015 and continued working in nuclear energy as an operator at a Shippingport, Pennsylvania, power plant operated by FirstEnergy, now Energy Harbor Corp.

When FirstEnergy encountered financial difficulties, leading to its bankruptcy in 2018, Roney began looking for other opportunities. On a tip, he contacted Sodexo, and his experience working in the highly regulated nuclear industry made him a good fit as an engineering operations manager in November 2018.

Yet, as he points out, there are some big differences. 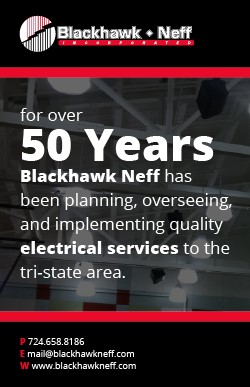 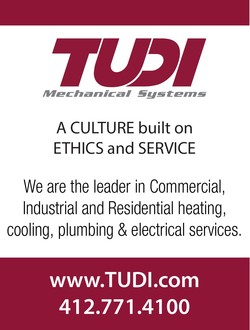