An eye for retail retrofits

Time was when Sears, Roebuck and Co. anchored many a mall, but how shopping trends change. Staggered into bankruptcy court by e-commerce and crushing debt, that erstwhile heavyweight retailer has been vacating hundreds of its stores, leaving behind cavernous spaces that mall operators need to fill. 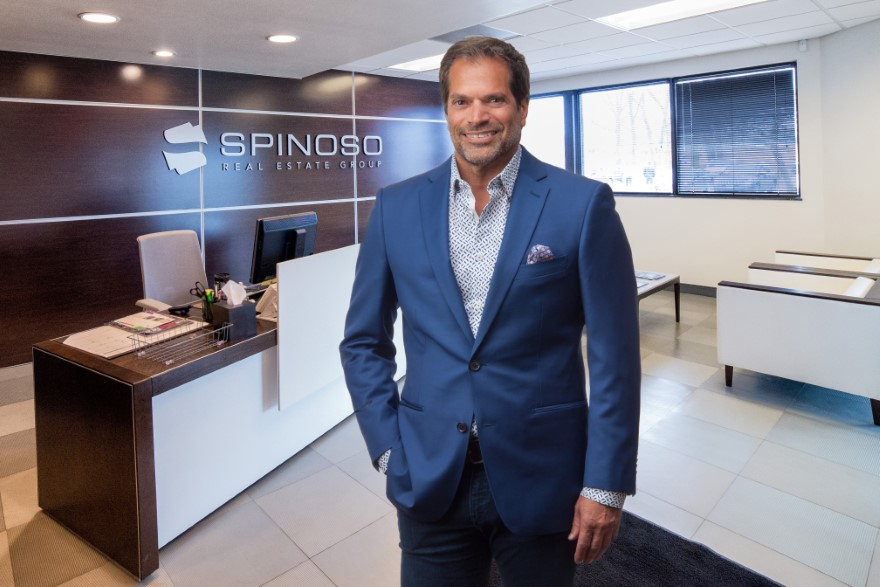 But here may be the next stage of a mall’s evolution, says Joseph Indivero, who last May celebrated his first anniversary as director of construction for Syracuse-based Spinoso Real Estate Group.

His employer has operated a portfolio of over 50 malls nationwide since the company’s inception in 2010. Indivero is tasked with creatively retrofitting obsolete retail space for new use, as well as overseeing the expansion, redevelopment and renovation of said properties. A hands-on type, Indivero has been making the rounds at sites nationwide, including Gadsden Mall in northern Alabama, where he’s overseeing the conversion of 90,000 square feet left vacant by a former Sears.

That Sears location announced its closing in late 2018. In less than a year, Spinoso Real Estate Group had developed a plan to re-imagine and redevelop the space and quickly found tenants interested in the highly visible location. The project kicked off in the summer of 2019 and the interior has since been gutted, the huge cooling tower removed, a new roof put in place, and the space subdivided for four new tenants. 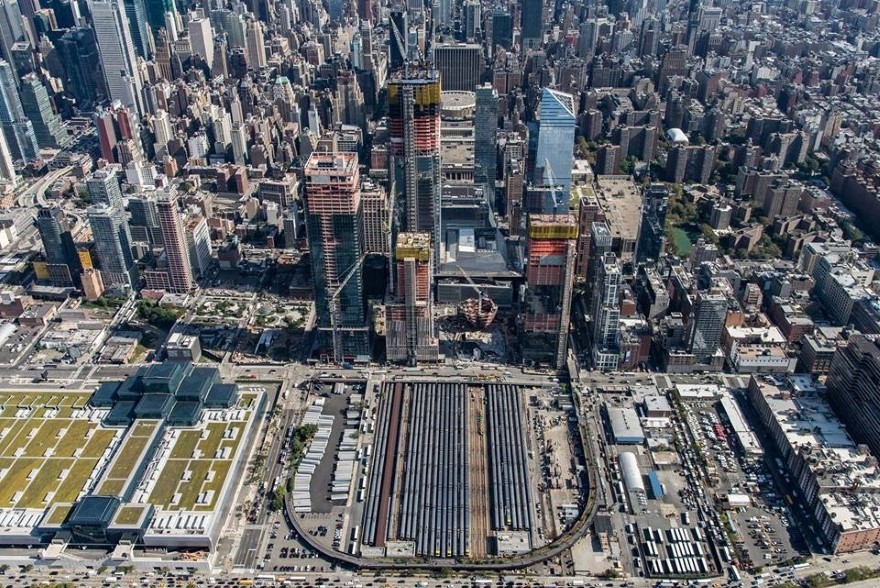 First to enlist was The Alley, which could have all the makings of a growing chain—its amenities including 18 bowling lanes, a 60-seat video arcade, a bar and restaurant, and four lanes of a hybrid football-bowling game called fowling.

“Repurposing vacancies is a key part of their [Spinoso’s] efforts to continue to make an impact on the property and the local community,” according to a recent press release by Spinoso.

Indivero says possibilities abound because The Gadsden Mall, like so many others, is ideally situated near a highway. A medical or dental office, government agency, off-site campus classrooms, hospitality function, workout facility—all could further diversify the offerings of this mall, or just about any other.

“The past year-and-a-half—just busy and crazy,” Indivero tells Blueprint this past autumn on one of the four days of the week when he’s not typically traveling. “I’ve got to visit all the properties we own and manage, and understand what capital needs we have to take care of. I’m always asking questions: What’s the next step, how do you plan on attacking this?”

His travels have also taken him to Valdosta, Georgia, where he’s overseeing the rehab of another defunct Sears that late this year is expected to host a state social services department office and a first-to-market Crunch Fitness. Perfect timing, Indivero says about that latter use, as its opening should coincide with the New Year’s resolutions to drop a few pounds. 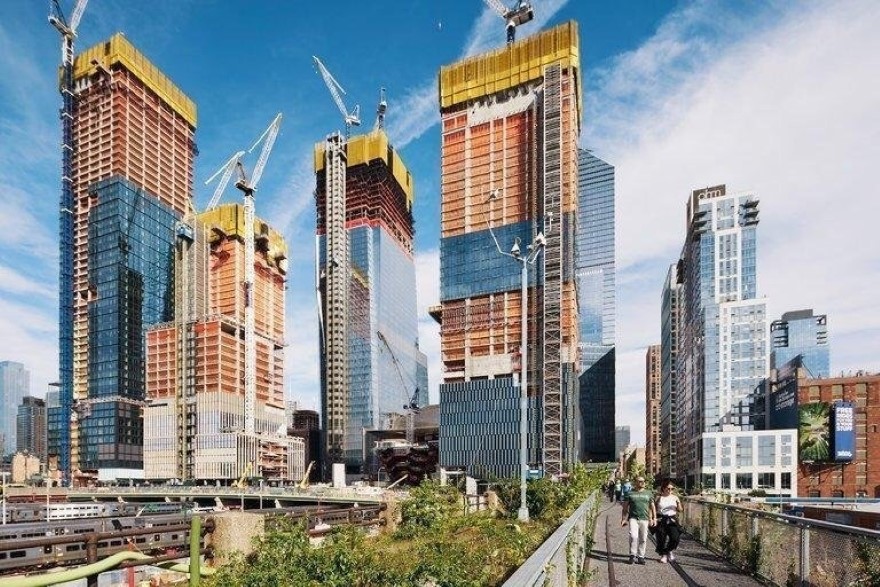 “They’ll be selling memberships in December,” he says. “That’s our Crunch deadline.”

Meanwhile, in Santa Maria, California, there’s a multilevel Sears that’s destined for new use, with one of the issues being whether to retain elevators and escalators. Tight as construction deadlines are—with repercussions for falling short—it’s a decision that can’t be made until a new tenant is in place. But once that decision is made, it’s all systems go.

“That’s where relationships factor,” says Indivero, who maintains a list of licensed contractors in every state. “I may need a fast-track contractor who will work 12 hours a day, seven days a week. I’ll need them to place the best project manager on the job and there’ll be a reward if they do it right: more work from us.”

While this pandemic has been another body blow to the mall industry, with store capacity often limited and shoppers not trying on apparel, it can enable faster retrofits, even with the hired hands social distancing and clad in personal protective equipment.

Indivero took advantage of a COVID-19-related mandate to shut a mall in New Mexico. There, they had been planning the renovation of an outdated food court into a modern food hall, including New Mexico’s largest and tallest ropes course. Construction was originally planned to take place inside the open and operating mall. But when the mall was forced to close, Indivero was able to knock more than a month off what had been a four-month project to revamp the food court. In the long run, Spinoso will come out ahead.

That said, there are unique challenges with retrofits as opposed to new construction, particularly when a big-box store is involved. Those legacy mechanical and HVAC systems aren’t readily adaptable for smaller use, Indivero explains, and should a big vacancy be subdivided, the new tenants will need their own functions.

“But the good news is you already have a big, watertight foundation and building,” he says. “It’s that big envelope that’s usually the most expensive part of a project.”

And he knows projects, the State University of New York College at Potsdam graduate having 35 years in this industry, much of it spent in and around the Big Apple, including a 1982-1990 stretch as a construction manager with The Trump Organization. He’d continue his career at Clark Construction Group, Intrawest and then at the Related Companies, a developer of mixed-use properties, from 2006 to 2019.

Exhilarating as the NYC construction industry can be, the Syracuse-born, 50-something Indivero sought a lifestyle change that Spinoso could offer. 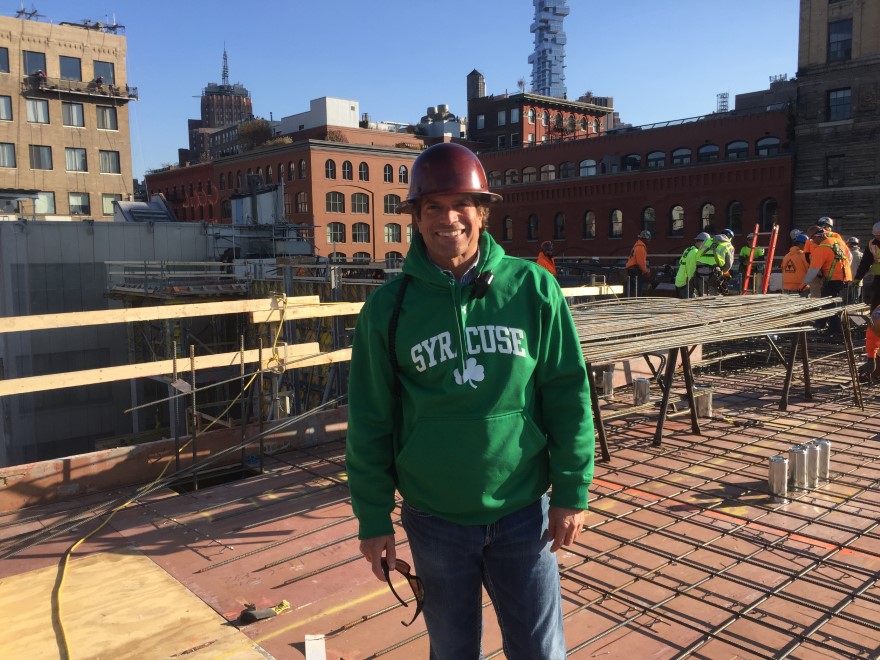 The opportunity should only grow. Even pre-COVID-19, Spinoso was fielding calls from banks and real estate investment trusts about distressed properties being foreclosed and the need for an outside company to take over management and spruce them up for sale. It’s a market most favorable to tenants, Indivero explains, with not only Sears, but so many other brands on the ropes, and even stable retailers looking to lessen their footprint.

“A lot more of that’s coming down the pipeline,” he says.

And while each retrofit poses its own unique challenge, chances are Indivero has seen it before.

“Construction is construction,” he adds. “Once you know how to build something, it doesn’t matter what it is.”