Because it’s not only about the transaction

If location-location-location indeed are the three most important factors in real estate, the Twin Cities-based Bremer Bank would seem to be doing well as it extends its reach across the fruited plains of the Upper Midwest.

Bremer boasts several dozen offices, branches and locations across Minnesota, Wisconsin and North Dakota, many in small rural communities that might be given short shrift by other financial institutions. 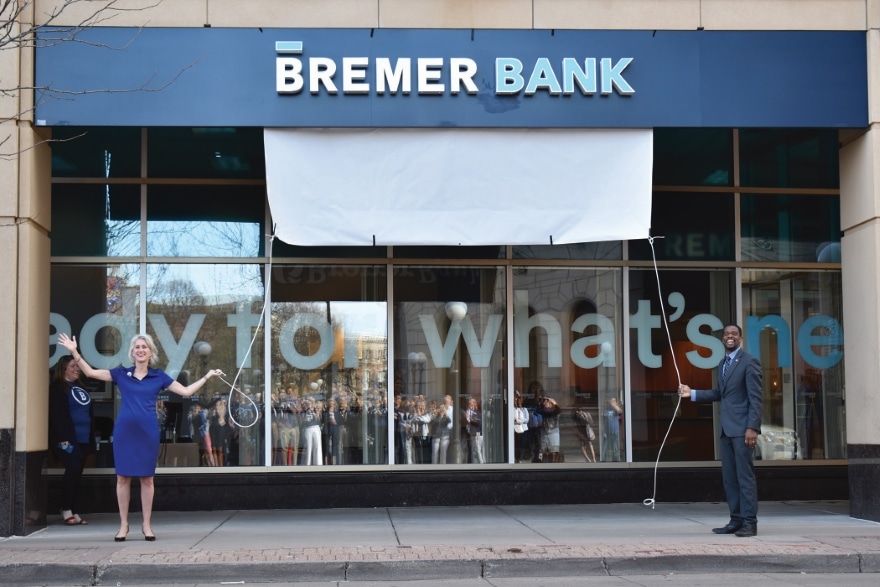 But whatever the logistics, Bremer Bank has to continue meeting the needs of its core agriculture and commercial clientele, as well as its retail customers, reminds Jon Fahning, who’s served as a senior vice president and director of corporate real estate since late 2017.

For him it means exploring sites for further expansion as well as remodeling or redeveloping some existing locales and repositioning others, all the while supporting the bank’s commitment to community—its hallmark since its founding. Otto Bremer, a German immigrant with a far-reaching vision about how folks could not only survive, but prosper, by working in partnership with helpful institutions founded the bank in 1943.

“Our core focus when it comes to location is driven by how we can best support our customers,” the personable Fahning tells Blueprint in late spring with another wheat season well underway in the northern Heartland. “Our elbow-to-elbow approach sets us apart from other banks because we’re so integrated with our customers.”

That isn’t to say the transaction is of secondary concern, and Fahning has compiled a 100-page design “playbook” that should enhance that experience as well as the many other reasons why someone may visit a Bremer Bank.

Upon commencing with his duties, Fahning, alongside Bremer’s design team, met with a series of staffers to better gauge how spaces operated. He identified typologies across the urban, suburban and rural locations, finding common denominators as well as the need for flexibility since each area is unique.

He recalls being most impressed at how Bremer Bank was keeping abreast of modern banking, if not ahead of the curve, as evidenced by the approximately 2,000-square-foot branch that had just opened in the Linden Hills neighborhood of southwest Minneapolis.

Only it resembled a community space more than a bank, amenities including an open floor plan and a casual and cashless environment where bankers could chat with prospective customers over coffee from a neighborhood shop that was among the clientele. Modern banking becoming more digital, the Linden Hills operation introduced new methods for customers to streamline their online experiences, mentoring them if need be. 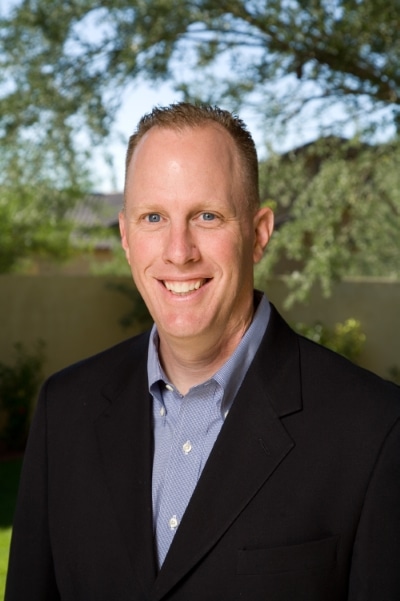 As Bremer Bank CEO Jeanne Crain told the Minneapolis Star Tribune last year, the goal is to use technology to enhance rather than replace the customer relationship, and with so many people—especially small business owners—doing banking from cell phones and personal computers, it made sense to invest in a new digital platform.

“This will be among our focuses as we move into other areas,” says Fahning, whose current to-do list includes a new branch in Minot and a remodel in Fargo, both in North Dakota, a new office in northern Minnesota and a redevelopment site in St. Paul, as part of the redevelopment strategy of the area near the new stadium of the Minnesota United Major League Soccer franchise.

“We’ve gotten great feedback from the Linden Hills community, and it’s given us a ton of ideas for how we’re going to represent ourselves in other communities.”

That representation generally has Bremer Bank being among the most conspicuous anchors in the small towns, serving as a hub for activities that transcend normal business.

Should Children’s HeartLink, the Leukemia & Lymphoma Society or any other local civic organization need a meeting space, often all it has to do is request use of the bank’s premises. In all likelihood the bank has been supporting that agency’s mission through donations, personal involvement of staffers, or both. And should a local business want to hold a mixer, sales event or seminar away from its office, Bremer Bank is likely to offer its space for a few hours.

Such civic-mindedness seems par for the course for a bank that, despite its for-profit status, is 92 percent owned by the Otto Bremer Trust and the rest by its employees.

As far as Fahning’s role goes, it seems like a natural progression of other jobs since his 1992 graduation from Iowa State University with a degree in landscape architecture.

He’s had opportunity to do that and much more in a real estate and business career that’s included long stretches of consulting on projects in China and the Middle East as well as multiple jobs throughout the United States.

Prior to Bremer Bank, the Iowa-born Fahning had served nearly seven years as vice president of real estate and the primary broker in Minnesota and North Dakota for Shingobee Builders Inc. and Shingobee Real Estate Company LLC, a commercial construction and development company based in the Twin Cities. His extracurricular activities include presidency of the nonprofit Minnesota Shopping Center Association and board member of the Minnetonka Public Schools Foundation.

Two years ago, he met one of the Bremer Bank executives who was contemplating what to do with such an extensive real estate portfolio. A corporate rebranding effort underway, the need for some kind of a real estate manager seemed to dovetail, and Fahning welcomed the opportunity to head up a new department that would place a premium on vision and strategic planning as well as enhance his own credentials in an evolving industry.

“I’ve never been jumping from one company to another for just the sake of change,” Fahning responds, when asked about the many entries on his LinkedIn profile. “I’ve been fortunate to be involved in all aspects of real estate, from transactions to construction to ground-up development, and to have worked for some truly great companies. Each move was deliberate, to get a better handle on the industry.”

With such a large task at hand with Bremer Bank, he figures to be around a while.

“For me it’s very satisfying to see something through to completion,” he says. “We’re out to maximize our real estate holdings, and the vision will continue as the portfolio size changes with the business demands.” 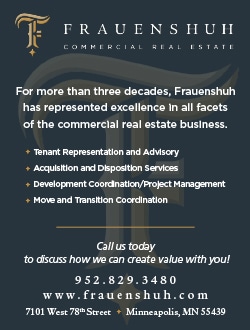