It’s tough to make mud in the desert, as Johnny Little discovered.

Such was the case when Little, vice president of live events and global licensing for Tough Mudder Inc. came to Oman to debut the patented obstacle course race that takes place—as the name suggests—in the mud. Except mud is tough to make from sand dunes. 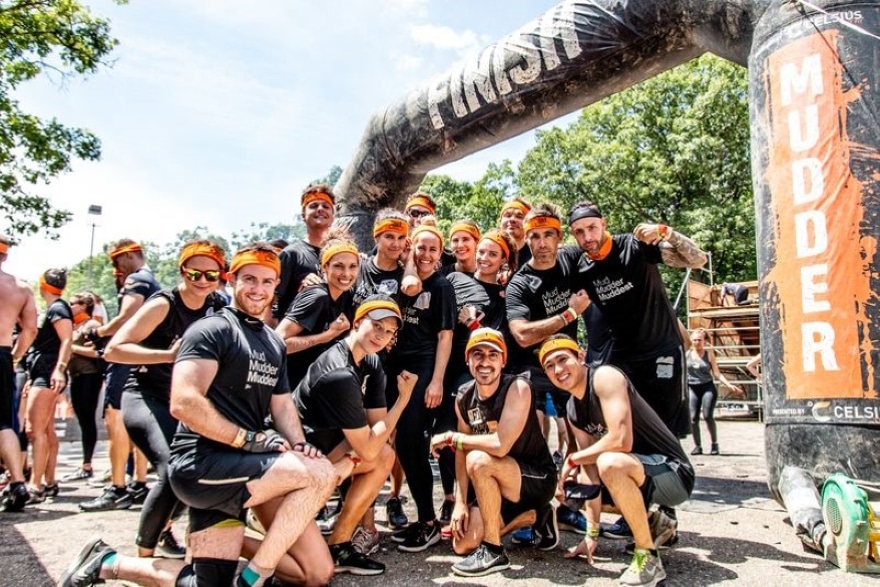 Problem solving and ingenuity won the day, however, and Little and his team successfully brought the global phenomenon to yet another corner of the world.

Now thousands of fun-loving athletes are getting off the couch to squirm in the slop, descending on obstacle courses from Australia to the Middle East to the United Kingdom and to the Americas. Started in Brooklyn in 2009, Tough Mudder races started popping up throughout the United States in 2010 and have now spread to 16 countries.

“I love getting out and seeing how our work impacts someone directly … how many have come off the couch and crossed the finish line,” Little says. “To be able to deliver that experience for someone else makes my job the best in the world.”

Tough Mudder’s founder Will Dean, a former member of the British Special Forces, thought his idea of developing a challenge based on camaraderie and not personal achievement was one of a kind. Submitting his business plan to his professor at Harvard Business School, he was hoping to get a good grade.

On the opening day of Tough Mudder’s first event back in 2010 at Bear Creek Ski Resort in Pennsylvania, Dean and his business partner Guy Livingstone hoped for 500 entries. They were gobsmacked when 4,500 competitors showed up.

“Since then it has blown into a global behemoth, 120 different events on six continents in 2019,” says Little, who ran his first Tough Mudder in 2011 before joining the company in 2014.

The appeal, Little says, is that the events offer a variety of distances, and make it fun for adults, allowing them to act like kids again: clambering all over a jungle gym and playing in the mud, for example. The races are also popular because they combine teamwork and camaraderie. In order to finish, competitors must lend each other a helping hand.

From a one-mile Mini Mudder for the kiddos to the World’s Toughest Mudder on a 5-mile loop held over 24 hours—where the top athletes average more than 100 miles—there is something for everyone. Popular events include a 5K with 13 obstacles; the Tough Mudder Classic that ranges from eight to 10 miles with 25 obstacles; and the Regional Toughest Mudder, typically held on a 5-mile circuit that’s repeated over a 12-hour timeframe. There are also individual and team relays.

Corporations are now looking at Tough Mudder to build on-site courses that can be used for team building.

Bringing the circus to town

Come this November there are plenty of people willing to lay their money down at the World’s Toughest Mudder in Atlanta. It is there, Little says, that Tough Mudder will showcase its latest obstacle designs which will be on courses in 2020.

At least some of those designs will have come from Little, who among other obstacles, helped create the “Block Ness Monster,” a series of floating, rotating blocks (the spines of Nessie) that participants do their best to climb over with the aid of their fellow Mudders. 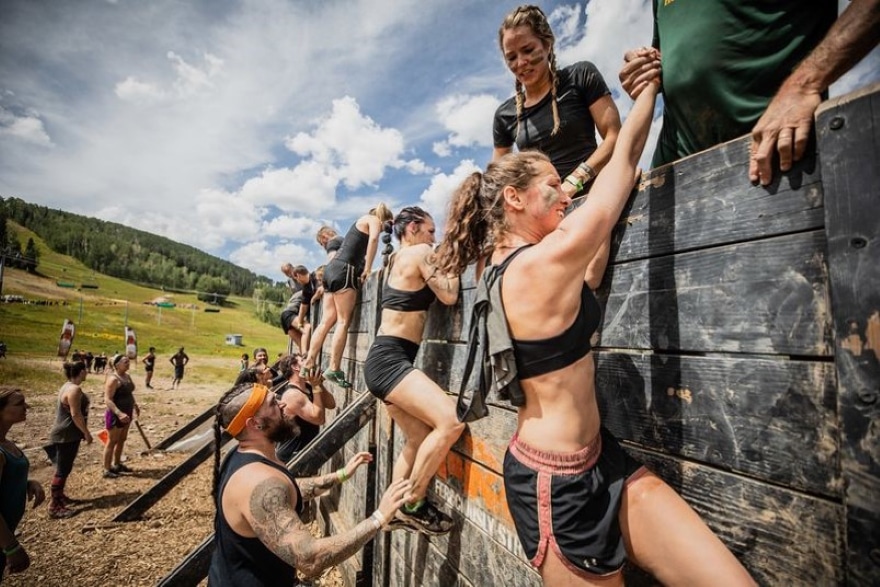 His design inspiration is drawn from the fans who send all sorts of crazy ideas in. One year, Tough Mudder tested a challenge in which athletes drank a shot of hot sauce and climbed a mountain before jumping into a dumpster filled with ice.

No matter what the designs are, each obstacle goes through testing employees and competitors.

“If something is too dangerous or doesn’t evoke the right experience it will not go forward,” Little says.

Taking the show on the road

Tough Mudder’s models and designs, he says, have been shared with 18 licensed partners, who have local tradesmen build the intellectual property—like the Block Ness Monster—overseas. Little’s job is to oversee events globally and take care of licensing and production requests.

To get the job done domestically, Little has forged a strong friendship and business relationship with David Watkins of Indiana-based David Watkins Homes. As the CEO of the fourth-generation homebuilding team remembers, an unusual Tough Mudder email popped up and he almost hit “delete.”

“Tackling a new project in the recession of 2008 was a Godsend. I was a homebuilder with no work, and this allowed me to travel around the country as a carpenter to build obstacles,” Watkins says. “It jump started my whole life.”

Serving as a subcontractor to Little’s visions, Watkins secures anything that is needed to build the courses and has 70 projects to his credit. Trying a race for fun in 2013, he slipped and broke three ribs, so he says he’ll stick to carpentry.

“This job is a dream. I love meeting people around the country, it’s still amazing to me,” Watkins says. “And as for Johnny, he’s a wonderful man who’s been there through thick and thin.”

Little always knew there was a good chance he’d wind up in construction, following in his father’s footsteps—but never did he envision a niche quite like this.

Growing up in the family construction business, Little took time out to attend the State University of New York College in Cortland where he earned a bachelor’s degree in political science and governance in 2005. 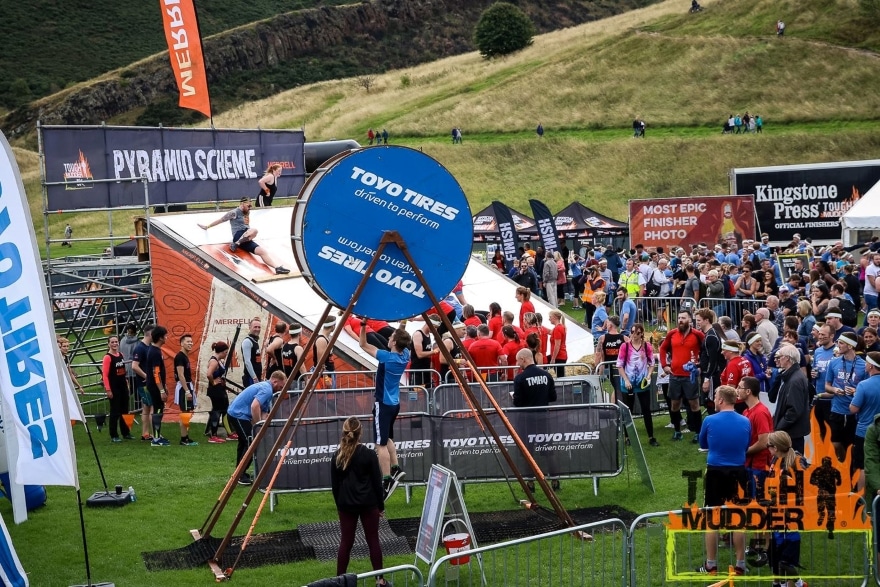 While he still has a hand in residential construction, he joined Tough Mudder in 2014 as a construction manager and worked his way up to take his current position in January.

The job, he says, is perfect for him, blending its own unique set of construction and design experiences with his love of endurance endeavors. He brings that race experience to the table, having competed in everything from the Norseman Extreme Triathlon featuring swimming in fjords, to running marathons.

While his father John Little Jr. passed away three years ago, he’s inspired by him to this day.

“I absolutely love it all,” he says. “My father taught me that business doesn’t end at 5 o’clock on a Friday; you need to be there for your partners—and the team experience here takes it to another level.” 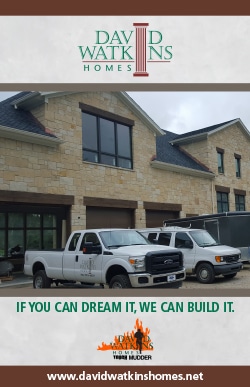