Just whom the doctors ordered for hospital’s health

There’s a smell test that must pass John Murray’s muster daily. Sight and sound tests, too.

Senior director of facilities at Martha’s Vineyard Hospital since its new facility opened in June 2010, Murray is much more hands-on than his counterparts at the bigger institutions on the mainland. He has to be, this being a small, nonprofit community hospital—the only one in Dukes County, which comprises the Vineyard and a few other islands off Cape Cod. Just 25 beds and a lean facilities team of 35 that Murray leads by example. 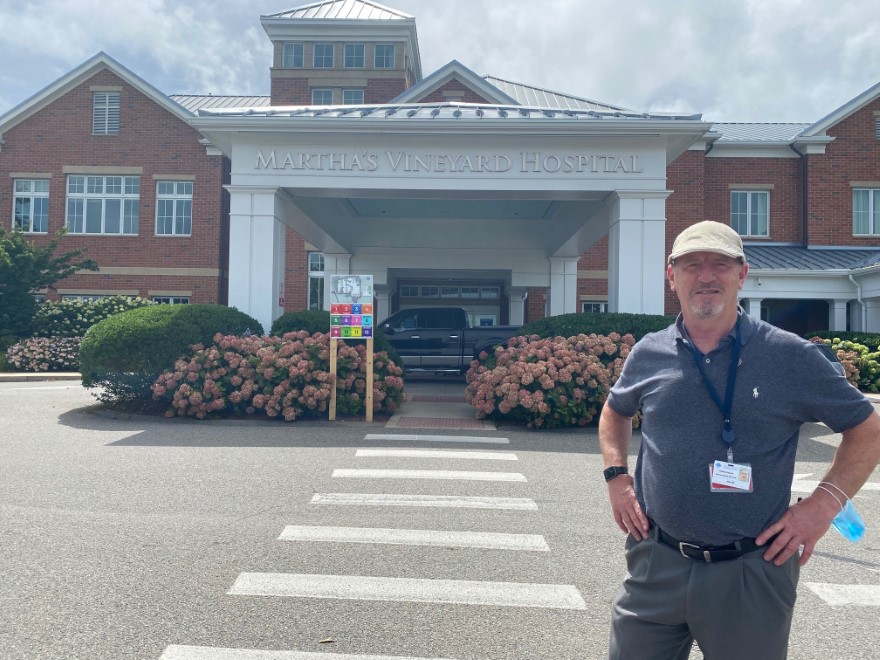 “We don’t have a lot of management tiers here,” he tells Blueprint in July when the hospital has to be prepared for anything, the Vineyard’s year-round population of 17,000 augmented by upward of 150,000 summer visitors whose surnames may be Obama and Clinton and have secret service in tow. “Everyone here has to multitask, including me,” he says.

Maybe especially him, as one is much more likely to find Murray on the floors than in an office. A man who enjoys tinkering, Murray does the rounds at this 90,000-square-foot hospital and 60,000-square-foot outpatient facility and should he smell, see or hear something out of the ordinary, it’s roll-up-the-sleeves time.

Such was the case early this summer when there was an issue with the water pressure. Knowing the nuances of the infrastructure, Murray drilled down and traced the problem to a booster pump and low municipal water pressure.

“Took some time to discover, but we got it back and running,” he says.

Just a small but crucial project in a year that, coronavirus challenges notwithstanding, has seen the hospital consummate and take on bigger endeavors that should ascertain its status as the island’s most critical institution, as well as a standard-bearer of sorts when it comes to innovation and efficiency.

This past February the hospital celebrated the opening of its new primary care space that resulted from an underutilized 7,000 square feet being renovated into 16 exam rooms, spacious offices and an internal medicine suite. 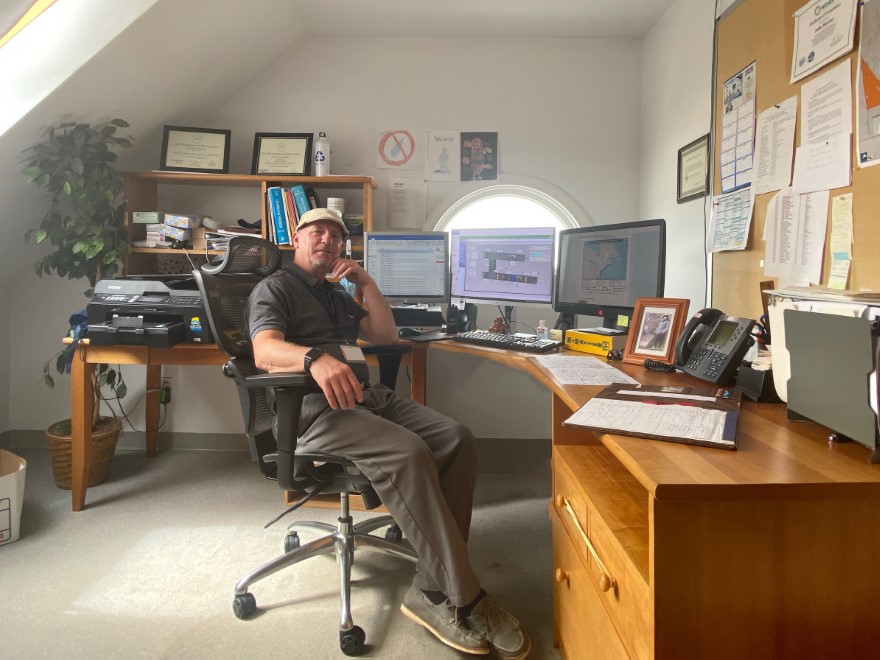 Too many care providers had been working in cramped quarters, Murray explains, and the renovation enables them to work more closely and comfortably with patients. He started to move on to the next major project, which involves renovating similarly sized space into pediatrics and general services, but COVID-19 put that work on hold for a couple of months along with elective surgeries.

The ability to pivot a necessity, the facilities team tended to more immediate concerns, such as erecting tents outside the emergency room so patients could be tested with minimal risk of the virus spreading. Another challenge was figuring out how to add more negative air to existing ER rooms for COVID-19 patients. In true community spirit, restaurants sent meals for the hospital staff, residents dropped off all kinds of supplies, and Murray helped secure personal protective equipment by reaching out to all the hospital’s generous construction vendors.

In June, with most restrictions lifted, Murray focused on what new standards might need adhering to and what new methods made the most sense. The COVID-19 afflicted likely entering and exiting the hospital along with other patients, duct work may need reconfiguring to ensure negative pressure. More ultraviolet lighting could also help reduce transmission of medicine-resistant infections.

And, as almost always is the case, Murray looks for ways to enhance the hospital’s green credentials. In 2011—one year after he joined the ranks—it became the first Massachusetts hospital to earn LEED Gold certification, its solar panels and other energy-efficient measures reducing utility costs by 25 percent while over 80 percent of construction waste was diverted from landfills. 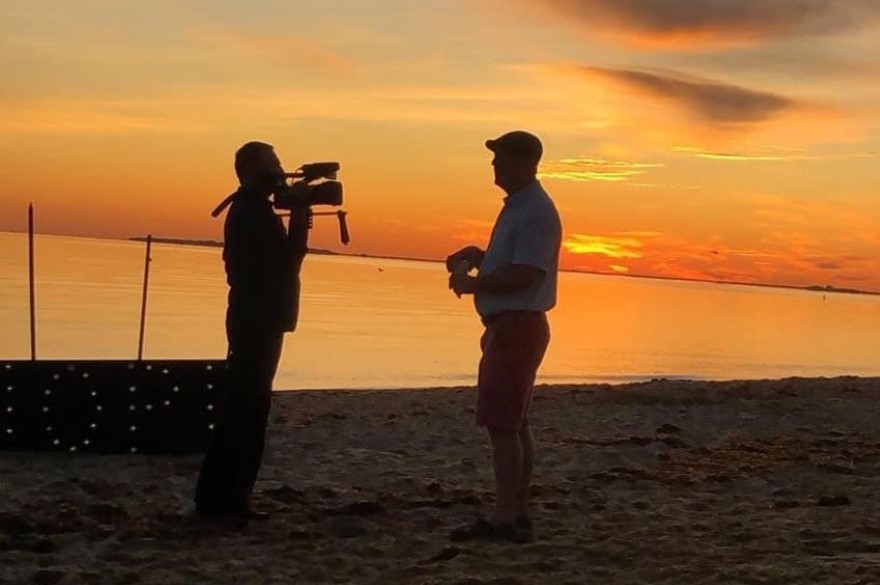 But, as Murray reminds, energy efficiency is an ongoing journey. The energy-efficient lighting of five years ago wasn’t as advanced as the newer models, and he had hoped to have upgrades complete until COVID-19 put that project on hold. In due time it’ll resume, he says, noting that the hospital administration recognizes an investment from a cost, a necessity from a luxury.

It can often be the opposite from his previous responsibilities of overseeing facilities and engineering at several hotels on Martha’s Vineyard and Nantucket.

From hospitality to hospital

“In the hotel business, the focus is on guest service,” says Murray, whose preceding job was a four-year stint with Scout Capital Harbor View and Kelley House Hotels. “It can be hard to justify funding for mechanics. But at this hospital, you justify what you need and get it.”

It helps that then hospital CEO Timothy Walsh hired Murray based on the recommendation of those familiar with his engineering acumen. Born in Dublin, Ireland, he began his working life as an apprentice in steel fabrication and welding, building and destructive testing prototype armored personnel carriers and airport fire engines and coming to the United States when the Irish economy tanked during the mid-1980s.

He held some humble jobs prior to making his way to Cape Cod, where Murray spent six months refitting and sea testing the Woods Hole Oceanographic Institution research vessels The Atlantis II and the Alvin Submersible, the latter of which was used to help find and map the Titanic. He’d parlay that experience into hospitality positions on Martha’s Vineyard, a short ferry ride away.

Now 60 and a U.S. citizen since 2000, Murray expects to ply his trade another five to 10 years while staying involved in a couple of causes that hit home. 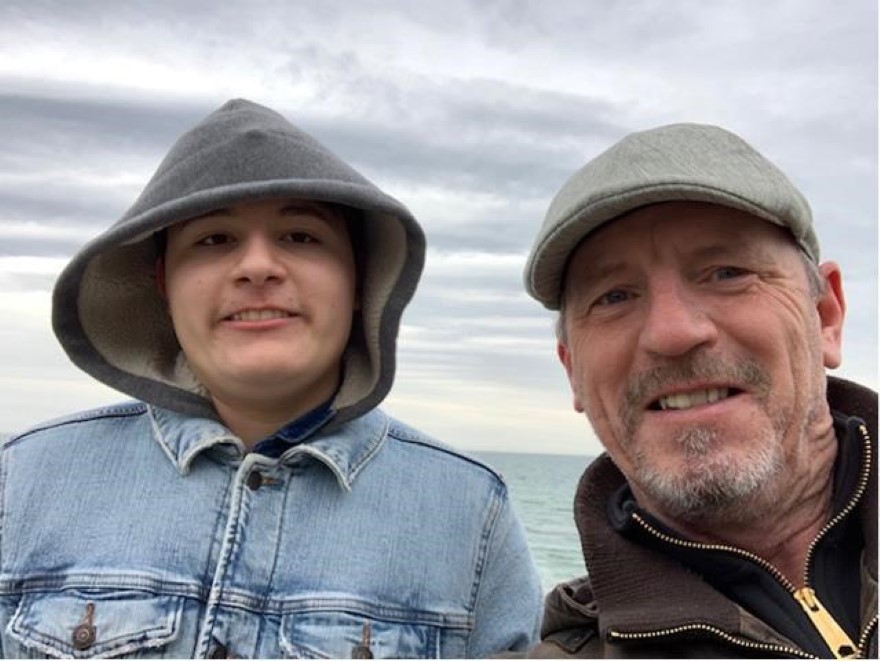 A single dad to a 17-year-old autistic son, Murray has helped raise funds and awareness of the developmental disorder since 2004 and speaks excitedly about efforts to build a facility on the island for afflicted children.

He also set up a mini food pantry cabinet outside the Dip02539 coffee shop that he and his ex-wife own in Edgartown. People can give or take food from the cabinet at any time, the motto being: “Bring what you can, take what you need.” Murray also asks people to donate supplies for families with small children. Diapers, soap and shampoo are always needed, diapers especially.

In 2018 Murray and a friend, Maria Ventura, also co-founded the Darkness into Vineyard Light Committee, which raises funds and awareness for another cause: suicide prevention.

For the past two years on a late September weekend, Murray and Ventura have assembled hundreds of Vineyard dwellers and visitors at a beach prior to sunrise so all can share the experience of another day—and hope—dawning. Proceeds raised benefit mental health programs on the island. 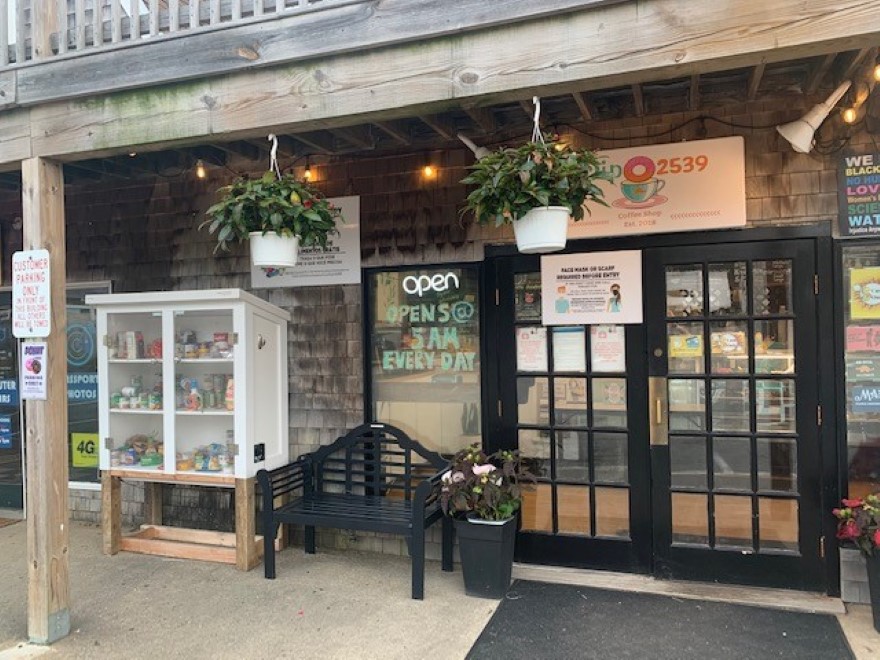 To an outsider, life might seem carefree on what’s often described as a summer playground for the rich. But Murray reminds that life goes on 24/7/365 on this idyllic island, and it’s not a refuge from problems endured elsewhere. Depression, substance abuse, domestic violence, self-destructive tendencies—Martha’s Vineyard Hospital sees it all in the ER. Studies have even shown that the suicide death rate percentage on Cape Cod and the Islands is higher than what Massachusetts reports at large.

“But there’s always hope,” Murray says. “And our unique little hospital has a very creative leadership team and a vision that’s always developing.” 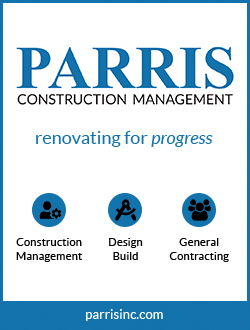 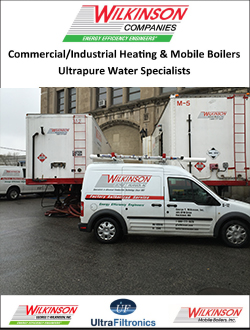