It has the potential to cut costs and accelerate the timeline, but the design/build process is not necessarily the obvious choice in hospital construction.

For many in this detail-oriented and highly regulated industry, the risk seems too high to entrust one contractor to directly manage the design team, without the usual checks and balances of a design/bid/build  arrangement. Anecdotes do abound about substandard performance. 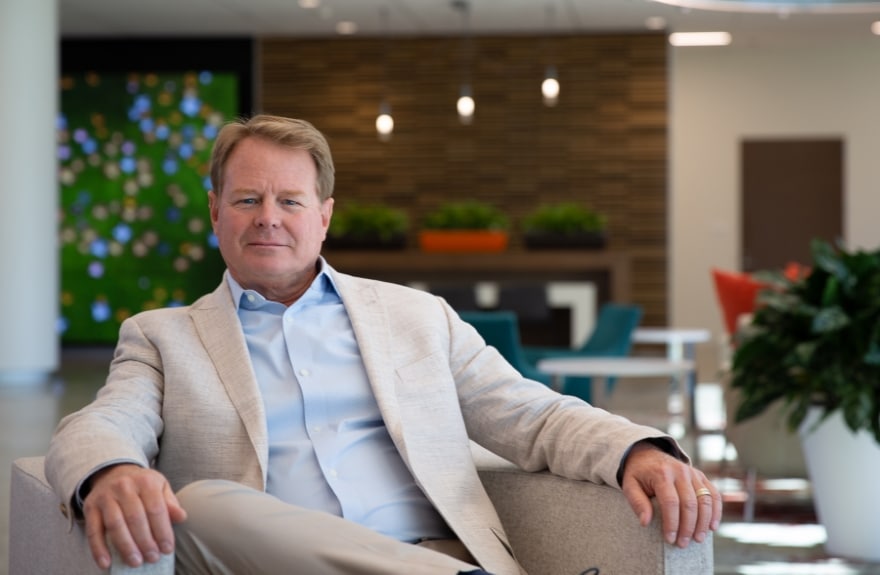 But the man in charge of Adventist Health’s capital construction program anticipates no such problems as the faith-based nonprofit network proceeds with plans for its second hospital in Bakersfield, California. John M. Gustin is confident in the capabilities of international heavyweight DPR Construction and the architectural firm it has enlisted, SmithGroup, and has his own ideas to both expedite and green the process.

“We’re going to set a new bar when it comes to the building of hospitals,” the vice president of Adventist Health System’s Office of Design & Construction tells Blueprint in late spring. “We’ll show how far ahead of the game we can be.”

California is well known for the rigor of its hospital construction building codes, in place to protect even the most vulnerable of patients during seismic activity, and to ensure that acute care facilities remain open after an event. A five- to seven-year duration from the start of design to having a patient-ready building is not uncommon in the Golden State. 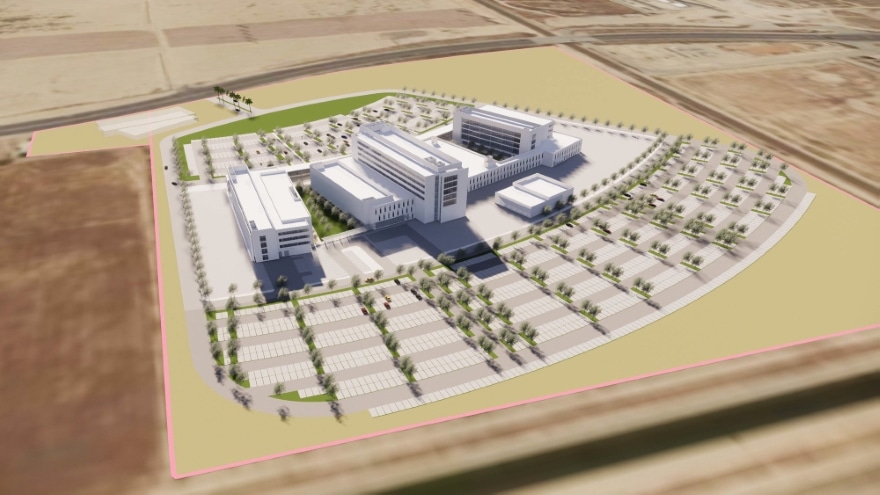 Integrating OSHPD into the team during the actual design phase, as opposed to dropping off a completed set of construction documents at the plan check desk, will eliminate much of the waste and revisions typically encountered during a major project. Based on this engagement, Gustin expects the extensive permitting process to be finalized by February and the new $460 million hospital ready for occupancy in late 2023 or early 2024, potentially improving Adventist Health’s initial completion target date by 30 to 40 percent. Eventually the medical complex will be an anchor in Bakersfield Commons, 250 acres of mixed uses planned the northwest sector of California’s ninth most-populous city.

As California’s largest provider of rural health care (along with a major presence in Oregon, Washington and Hawaii), Adventist Health already operates the 254-bed San Joaquin Community Hospital in Bakersfield, but its capacities have been stressed as the petroleum- and agriculture-rich San Joaquin Valley continues to grow.

Hence the need to complete what will be a seven-story 140-bed hospital  with all due speed. Additional efficiencies will be realized through the implementation of industry-specific software, e-Builder, which allows Gustin to keep close tabs on project management and spot little issues before they jeopardize the schedule.

DPR regularly ranks among the top general contractors selected by Engineering News-Record, one of the industry’s most authoritative publications. Based on DPR’s proven methodologies, controls and past performance with Adventist Health, Gustin anticipates a savings of 15 to 20 percent per square-foot costs compared to benchmarked estimates. Dividing the project into two buildings—the acute-care hospital and a facility for noncritical services—decouples the more rigorous acute construction code base from the less rigorous outpatient code, optimizing the effort and resources placed on each, reducing construction time and simplifying the regulatory approval process.

Gustin also says the hospital will set a new template for room size and energy efficiency that will be implemented in Adventist’s future projects, which include groundbreaking for three more medical facilities in the next several years. Utility bills will be offset by co-generation at an in-house utility plant, photovoltaic technologies harnessing the California sun, and energy-efficient fixtures being the norm.

On that note, there may be no teacher like experience. Gustin recalls being involved with some design/build contracts that proved only penny-wise, the developer building at code minimum and Adventist left dealing with water intrusion, insufficient HVAC or having to replace roofs after a few years.

“That’s why you’ve got to deal with a reputable builder if you enter a design/build,” Gustin advises his 35-member team. “You get what you pay for.” 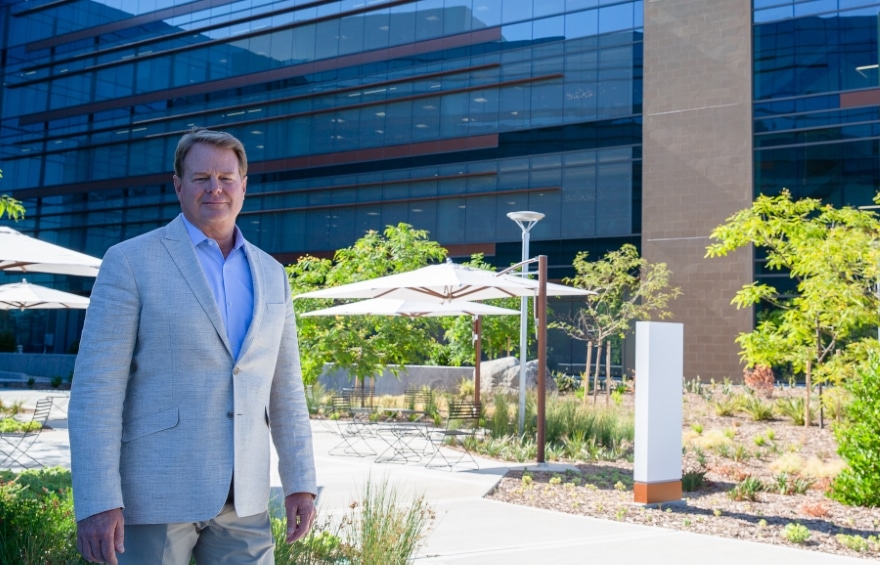 Thus, he can put his faith in DPR, and Gustin reminds that faith is a bedrock value at this health care network that’s founded on the values of the Seventh-Day Adventist Church. He’s proud to be part of an organization whose meetings commence with a prayer, and says one’s mission has to be about more than just money. Without getting too specific, he notes that there are faith-based health care networks operating on a for-profit model, and how something can’t help but be compromised in such a mix.

“At Adventist we really believe in a work-life balance,” he says. “An organization needs harmony for its people to perform to the best of their abilities. I’ve long been part of faith-based environments, and for that I’m most grateful.”

A doctor’s son growing up in Florida, Gustin started off as a pre-med student at faith-based Andrews University and went on to work at his father’s hospital in Orlando, aiding long-term patients. Realizing that medical care wasn’t for him, Gustin pondered his future while assisting an uncle in home construction.

Gustin would go on to be a carpenter at Kettering Medical Center and come back to Orlando in 1995, where he’d ascend to vice president of facilities at Florida Hospital, which since has become AdventHealth Orlando.

The need for health care ever expanding in the fastest growing eastern state, Gustin can claim $1.75 billion in new construction and project management during his years in Central Florida. The former Florida Hospital Celebration Health—now referred to as AdventHealth Celebration—opened in 1997, its patients including guests at the theme parks in greater Orlando.

Gustin would enhance his academic credentials with a management certificate from Rollins College and a BS in health care administration from Warren National University, and in 2012 move cross-country for an expanded role at Adventist.

As executive director of facilities services and construction at Adventist Health Northern California Network in Santa Rosa, Gustin would oversee the strategic planning of a five-hospital system. One year later he’d move to the network’s Roseville operation as corporate vice president of facilities management and construction, and be promoted to his present position in 2017.

“I built the (Adventist) program in Florida and am refining it in California,” he says. “It’s a most satisfying responsibility, with its respect for humanity. The best of both worlds.” 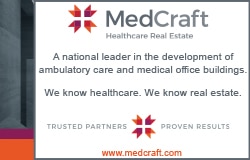 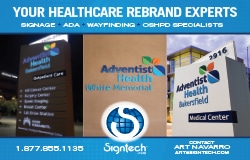 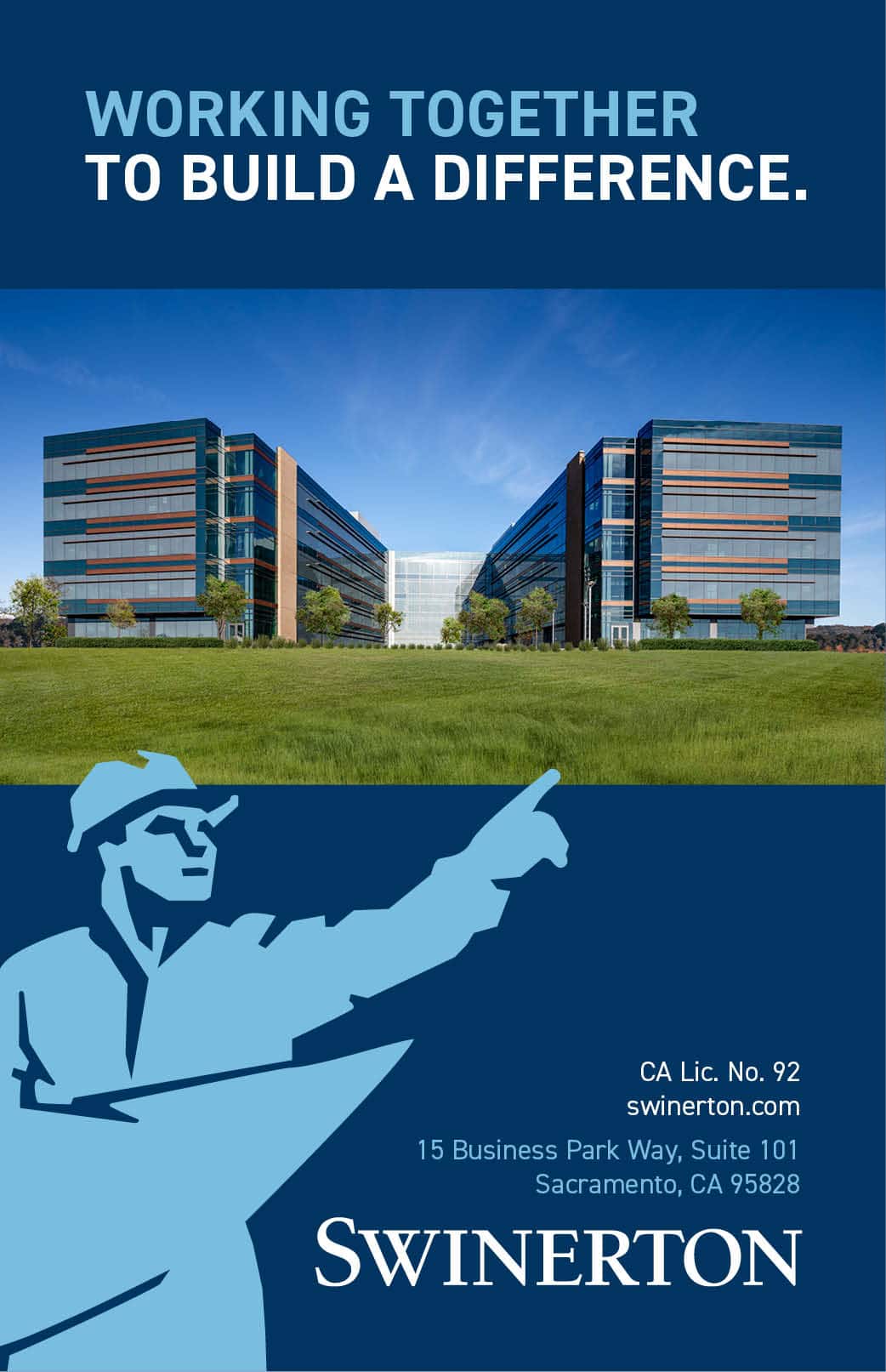 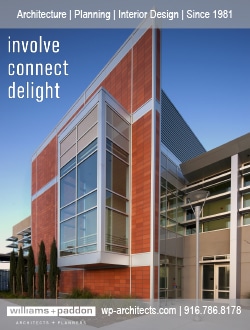 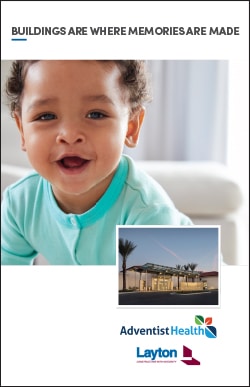