John Lewis had been with Collins Community Credit Union as its IT Director for about four months when, in 2014, President and CEO Stefanie Rupert asked him to accept new responsibilities.

That can happen in any role. Only, Rupert’s request was a bit different: she wanted to know if Lewis would be willing to take over the facilities management position—within two days. Lewis turned her down, but Rupert was undeterred. She asked him again a month later. Sensing the inevitable, Lewis said yes, but held out for a month (instead of two days) to take on the new responsibilities. 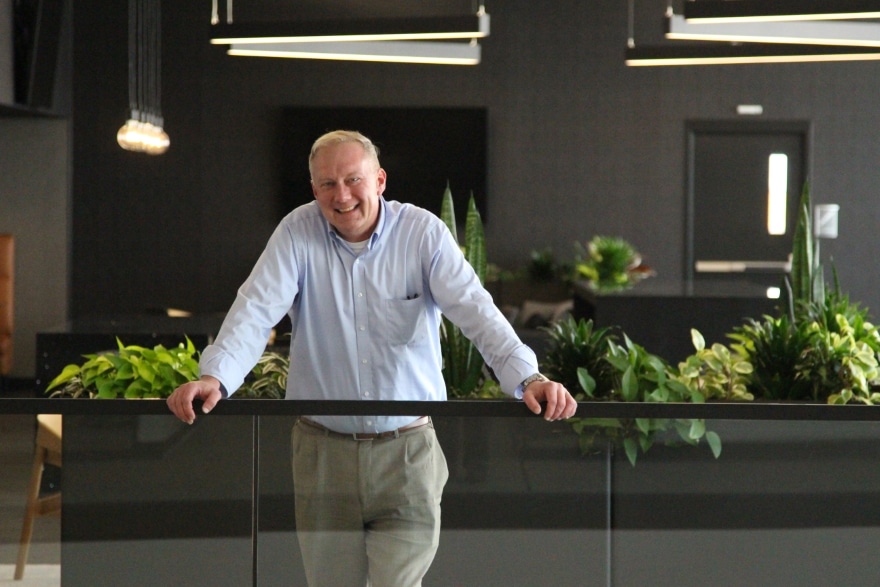 The role has enabled Lewis to guide CCCU’s growth–growth that comes as the credit union reimagines its future and place within the communities it serves.

“I was pitched into the deep end,” Lewis says. “But Stefanie is a very progressive CEO and she’s done a very good job of pushing me out of my comfort zone.”

Headquartered in Cedar Rapids, Iowa, CCCU was founded in 1940 by 10 employees of the Collins Radio Co. Now operating under its own community charter, CCCU has nearly 20 branches, 90,000 members and more than $1.5 billion in assets.

Lewis says CCCU understands its members still value in-person banking and face-to-face interactions, but technology is changing and financial institutions no longer need as much branch space. So, he’s helping reduce overall square footage while increasing available space for community and commercial use.

For instance, in Cedar Rapids, CCCU is building a small branch into the first floor of a three-story building. Called the 1800 Building, it’s scheduled to open in May in an area where community gathering spaces and programs are needed. So, renovations include adding a kitchen and creating space for meetings—or showing movies.

The 1800 Building will also have a first floor financial literacy hub—an interactive classroom-like space used to teach about personal finance and banking with games, videos and in-person instruction.

A different type of HQ

Before that project, CCCU completed its new 100,000-square-foot Cedar Rapids headquarters in 2020. It took four years of planning and construction for what’s called Blairs Ferry.

Lewis was responsible for completing the project, but the design and site selection were a collaborative process that included Rupert, Vice President of Retail Lindsey Dozier, and Vice President of Marketing Mai-Linh Hoang. Rupert even visited McDonald’s headquarters in Chicago for ideas about how the headquarters should look. 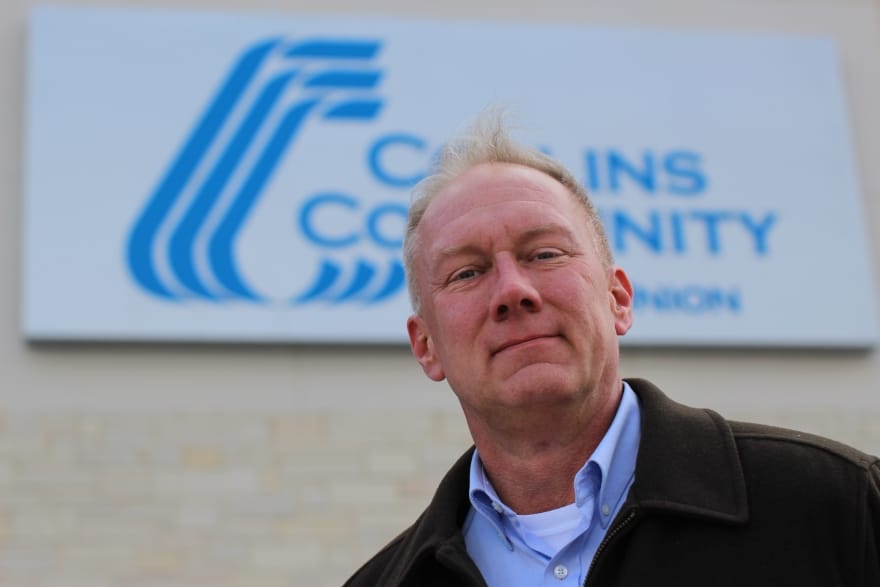 The new headquarters incorporates interior and exterior glass that provides lighting and an open feel. There’s a rooftop deck, too, as well as a fitness center and a small market on the second floor where employees can buy lunch.

With the credit union branch using less of a footprint than it would have in the past, Lewis has also added modular walls built by Falkbuilt, a company based in Calgary, Alberta. While the walls were expensive, Lewis says they allow CCCU to rearrange office space, eliminating contracting work in the future.

Lewis also scaled the CCU’s internal IT network, so conference rooms are equipped to provide digital training. In addition, Blairs Ferry has an interactive display for customers to learn about the credit union and its services and interest rates.

At the 1800 Building, Lewis worked with Tech Solutions, a division of Hawkeye Electric, to set up a guest Wi-Fi network that can be used to access the audio and visual systems. The guest network has been isolated from CCCU’s internal, secure network and cybersecurity measures have been put in place to ensure credit union and member information is protected, he adds.

Technology is changing as CCCU expands, Lewis adds. Though many credit union members prefer banking in-person, drive-thru service is shifting away from the pneumatic tubes used to deliver banking slips, checks and cash. Instead, the credit union is adding ATM’s enabling members to speak with customer service reps through a video chat.

These changes are also part of the design of the new 30,000-square-foot CCCU branch in Dubuque. According to Lewis, the space was planned as a smaller version of the Blair’s Ferry headquarters, with a branch on the first floor and the two upper floors available for commercial use.

It took two years to negotiate the purchase of the property and the site’s existing building has been torn down. While the new branch complements a CCCU branch opened in Dubuque in 2015, Lewis says it boosts the credit union’s visibility in the city.

From Cape to cornfield

While it was a big change to end up in Iowa after living in Cape Cod, the native of Hingham, Massachusetts, has been nothing if not adaptable.

Lewis earned his bachelor’s degree in communications from the University of Massachusetts Amherst in 1991. When a friend working for HKS USA Inc. suggested he interview with the company, he headed for Southern California before continuing to Texas where he became a sales manager for Hennessey Motorsports in 1993. While doubling revenue, Lewis says he learned how to certify the company’s aftermarket parts for California regulators—showing they would not add more vehicle emissions. 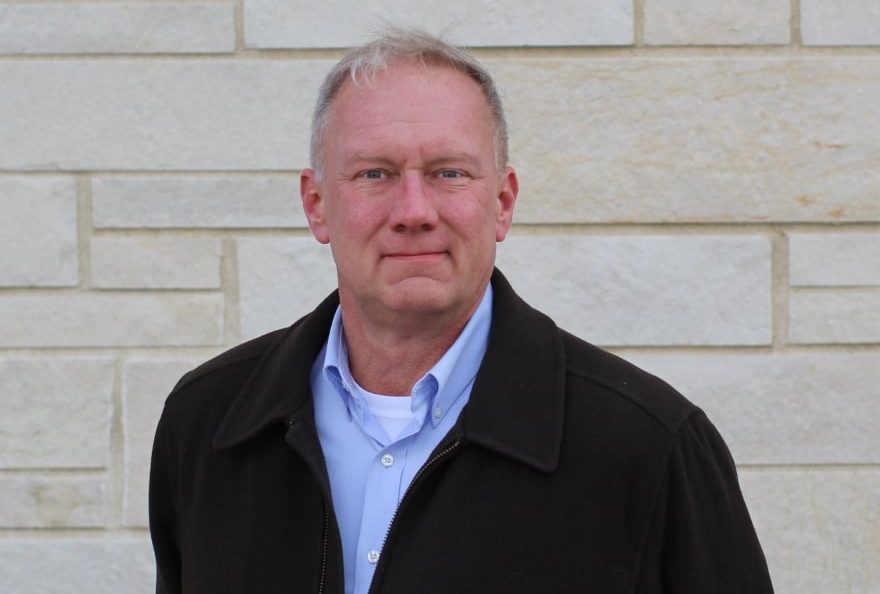 In 1995, Lewis became president of Speedtek Inc., helping found the Texas company that manufactured and supplied performance products for the Mitsubishi Eclipse in the U.S.

In 1997, Lewis moved to Arizona and became marketing director for Baer Racing Inc. However, feeling limited, Lewis returned to the Boston area to attend the Questrom School of Business at Boston University. He earned an MBA and a master’s in information systems in 2002 and founded a consulting business he operated until moving to Cedar Rapids in 2014.

“I got pitched into the deep end,” he recalls. “It was a self-taught curriculum at first, but it’s been very rewarding to help meet our core value of giving back to the community.” 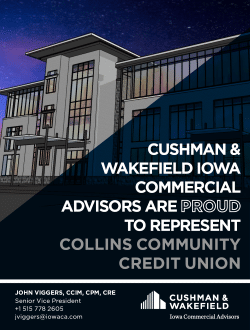 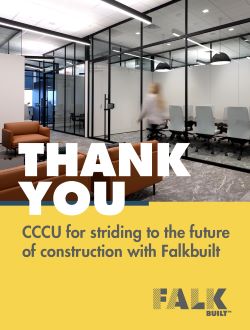 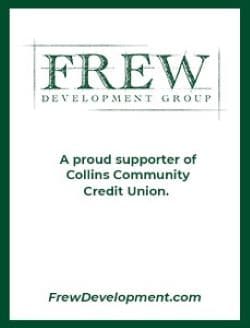 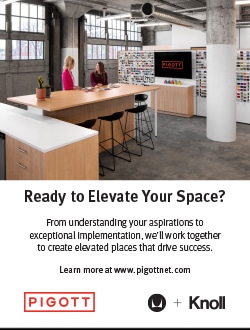 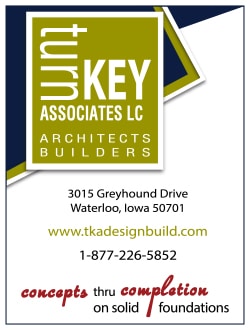 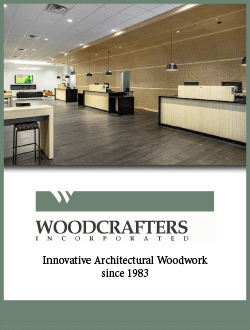