Top-flight in serving the aviation industry

His company noted for powering infrastructure at Chicago’s two international airports, John Hartmann recently turned down a request to send a crew well outside the Windy City.

Thanks, but no thanks, the 33-year-old vice president of third-generation Hartmann Electric Co. Inc. politely told a would-be customer who sought expertise on a baggage handling project at another airport. There are just too many obligations for existing long-term, big-ticket customers pending at O’Hare and Midway. 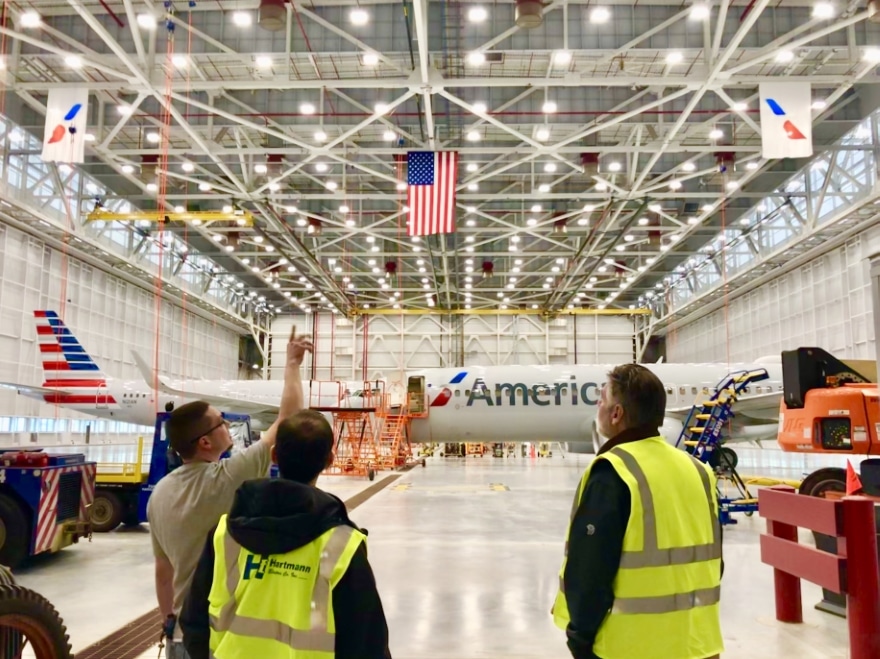 “Even if there’s an opportunity for us to expand, if it doesn’t fit our overall operation or exploit our strengths, we just won’t do it,” Hartmann tells Blueprint in June from his office in Elk Grove Village, Illinois. “Here we’re told we’re the best in the nation for this type of work, and for that we’re proud, but we don’t want a short-term increase in revenues if we can’t guarantee the same quality experience that we have shown to people with our Chicago-based crews. Repeat business driven by good customer service is what this company is built upon.”

And those relationships have played a large role in the success of Hartmann Electric, the company coming off three straight record-breaking years and looking toward a fourth as 2019 nears its midpoint. Electrical expertise also being a most evolving credential, there’s much for the company to keep pace with an aviation industry that leaves no room for a margin of error—or customer dissatisfaction.

In January, American Airlines cut the ribbon to the first hangar built at O’Hare in 30 years, an 11-story maintenance facility just shy of 200,000 square feet and capable of housing six Boeing 737s or two wide-body 787 Dreamliners.

The $215 million project, which will be followed by a new runway next year, is a major part of O’Hare’s $8 billion-plus expansion plan, and required Hartmann Electric’s savvy in such areas as power, lighting, communications and security equipment, and a multitude of aircraft system controls. 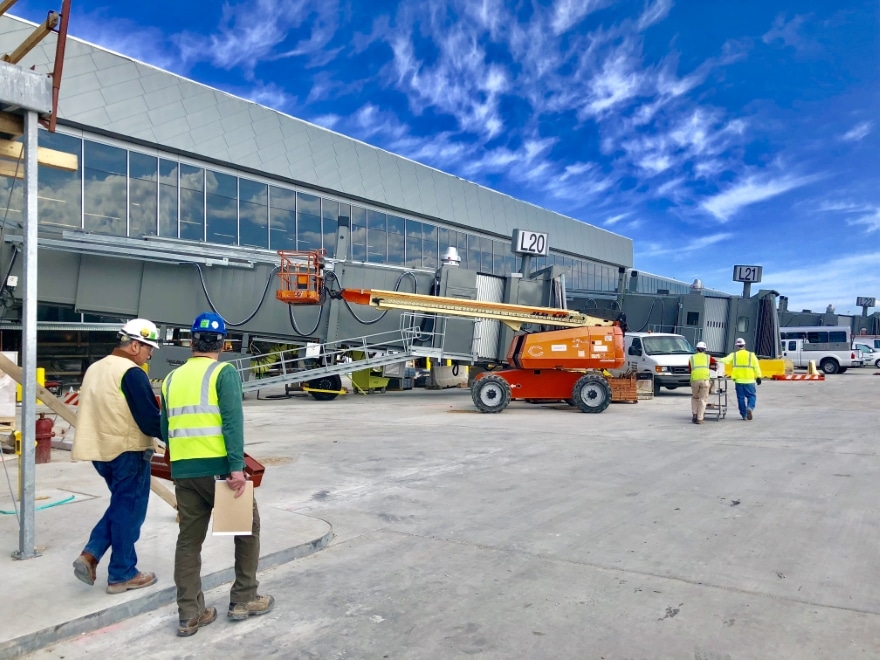 And Hartmann Electric’s work with American isn’t close to finished, the company being about one-third through upgrading the carrier’s baggage handling system at Terminal 3. That’s a project which might be likened to a surgeon performing quadruple bypass on a cardiac patient who refuses to be bedridden.

“We’ve got to keep the baggage system operating even while revamping it,” Hartmann explains. “There’s a lot of integrating a new conveyor system into the old one and working with the TSA [Transportation Security Administration] to ensure security is never compromised. On a temporary basis, we have to divert the baggage to another system while having the means to get it back to the original space.”

Hartmann reckons it’ll take between 18 months and two years to complete this upgrade, which might become even more challenging since the TSA’s safety standards are a moving target. But most passengers won’t even be aware of what’s going on, he goes on to say, explaining how their luggage is moved below ground to explosive detection systems that direct any suspect luggage to screening rooms outfitted with very specific lighting as well as other mechanical, soundproofing and general construction requirements mandated by the TSA.

The conveyer system for American’s regional branch, American Eagle, has had to be deactivated, with the short hauler’s service temporarily piggybacked onto its parent’s larger capacity. In time, American Eagle’s system will be rebuilt, with Hartmann Electric’s expertise again being called upon.

“Any errors here, and you can take down an entire system,” Hartmann muses. “Travelers obviously wouldn’t appreciate that.”

Then there are other responsibilities for which Hartmann Electric is depended upon such as continual maintenance of O’Hare’s fueling system delivering 2.5 million gallons daily. Rather than describing O’Hare and Midway as clients, Hartmann prefers to say the electric company services entire airport communities that include restaurants, telecommunications firms, jet manufacturers, a slew of very specialized maintenance teams and, of course, the TSA.

“An airport is a very diversified account,” he says. “Some people argue we have too many eggs in that basket, but we’ve done this work for a long time and can be trusted to get the job done.”

Hartmann Electric’s other heavyweight customers include the City of Chicago, Exelon Corp., Shell Oil, UPS and, in nearby Gary, Indiana, U.S. Steel. If the company has a major issue, it’s growth pain, says Hartmann, expressing the need for capable young men and women to see the opportunity that an electrician’s career can offer.

For there’s opportunity here. The company was founded in 1990 by his father, William Hartmann Jr., who learned the trade from his own father and assembled a team that’s been with him from the start. 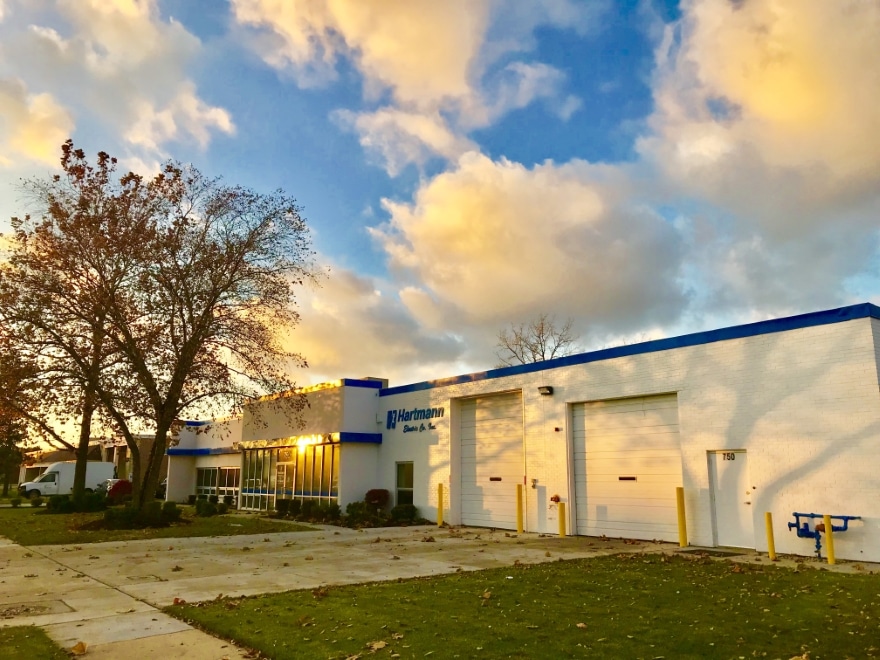 “I’ve seen this coming for a while,” says the younger Hartmann, who’s been part of the family operation since graduating with a degree in business from the University of Chicago in 2008. “Though we’ve brought in younger people, there’s still a need for new blood and a knowledge transfer from one generation to the next. The team my father assembled is approaching retirement age, but they’ve been willing to mentor the next generation. It’s a great bunch we have here.”

It’s a bunch that includes many who share Hartmann’s charitable endeavors, one of which is his involvement with the National Court Appointed Special Advocate Association [CASA] that volunteers on behalf of abused and neglected children. Cook County has many such kids, and Hartmann underwent the training and background check to lend a hand.

Having befriended one such 15-year-old boy in foster care, Hartmann has helped him establish a candle-making business in which he’s shown passion and aptitude. Come the holiday season, Hartmann Electric will buy some of the boy’s candles for gifts to clients. And should any children in the CASA program show an interest in electricity, they’ll have Hartmann’s support.

Meanwhile Hartmann mulls the possibility of a fourth generation someday taking over, his wife recently giving birth to their first child, a son. His siblings having five kids of their own; that may mean six possibilities to sustain the legacy of the late William Hartmann Sr., a decorated World War II veteran who, you could say, flipped a switch for his son and grandson and whoever else may follow, while staying close to their Chicago area homes. 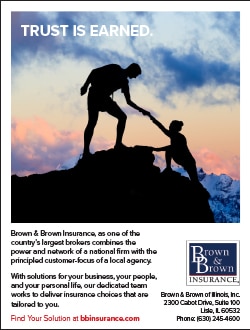 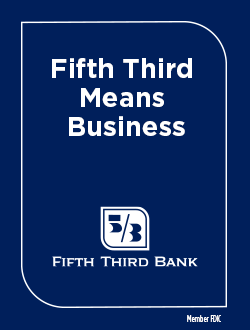