Making his own pot luck

Though not a plant scientist by training, John B. McQueeney has garnered much knowledge on the job. Every day can be a learning experience for this young man who pivoted from solar energy to cannabis in 2018.

Director of facility development for California-based grower, processor and retailer MedMen, the 29-year-old McQueeney oversaw the company’s assembly of an operation in the central Florida community of Eustis, which is more suited for citrus. 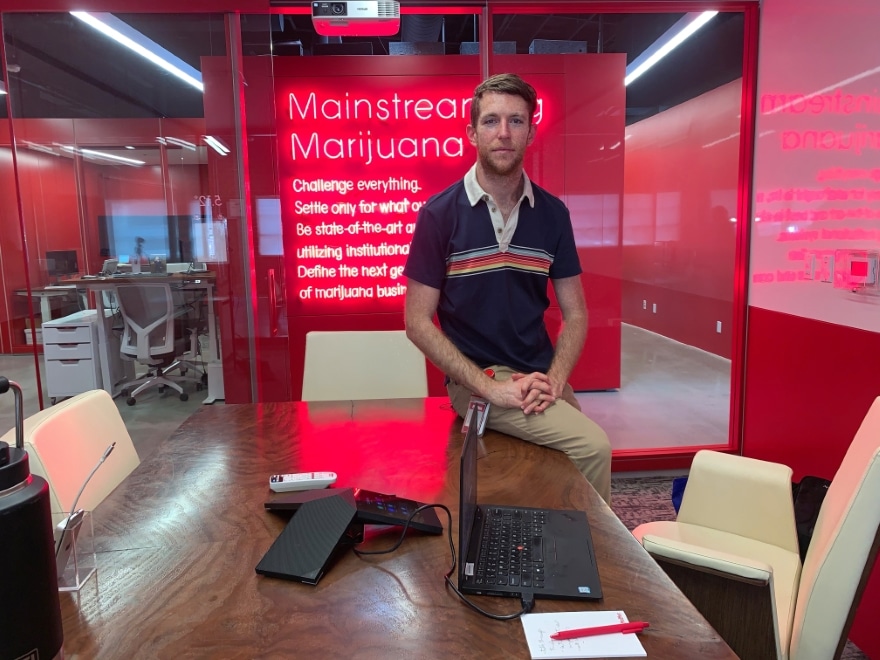 Nevertheless, he developed and managed two 10,000-square-foot greenhouses with the capacity to grow 6,300 pounds of flower annually and will help add two greenhouses by midyear.

Legal medical marijuana and its accessories are in much demand here, and legislation is pending in Tallahassee for adult recreational use. Still, even in a climate conducive to growing, the businesses isn’t free of pitfalls.

“Our primary challenge in growing cannabis here is controlling the humidity,” he tells Blueprint in January when Mother Nature affords MedMen some relief from hot, sticky weather. “When you have thousands of plants in the greenhouse emitting condensation and water, it drives humidity up, which can generate fungus and microbial diseases.”

Controlling such conditions requires a highly expensive dehumidifying system and other intricate infrastructure, but McQueeney’s got matters beyond moisture to mitigate. Aphids also enjoy cannabis, and with the little insects often black, they’re easy to spot, especially after they’ve made their presence even more conspicuous by sucking juices from leaves and depositing a sugary liquid waste.

While preventing infestation is always the best strategy, aphids inevitably find their way into any greenhouse, necessitating constant inspections and sometimes use of organic sprays or insecticidal soaps that won’t harm the plant. 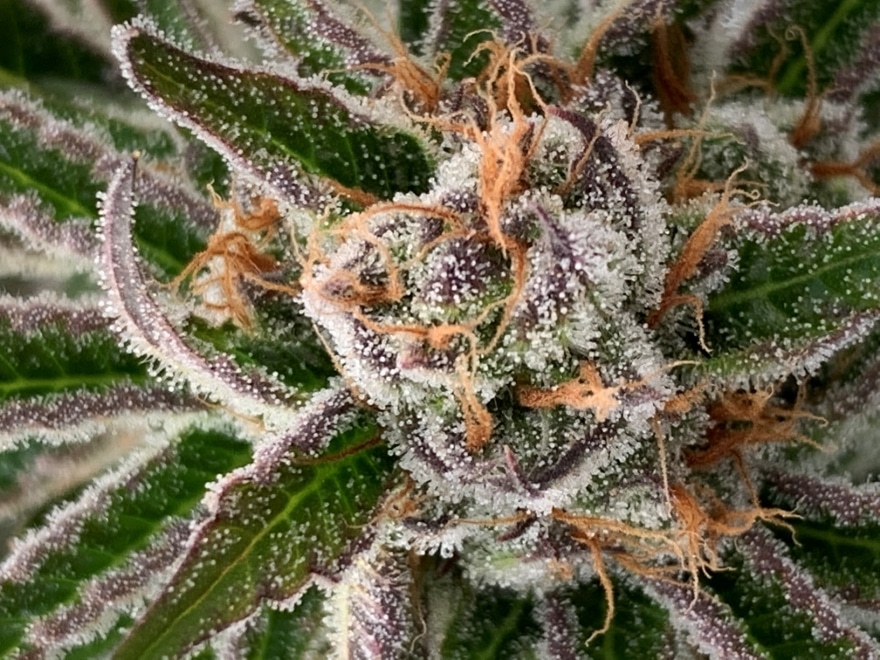 Then there’s the risk of a bad gene causing “herming,” which means the plants take on male and female characteristics, becoming horticulture hermaphrodites. With hemp farms becoming increasingly common in Florida—there are 18 within 35 miles of MedMen’s facility—the air is rife with 25-micron hemp pollens, each with the potential of riding the winds and damaging somebody’s crop.

This is a fairly new industry in North America, McQueeney reminds, one that’s still following procedures that the Chinese applied for centuries, or even thousands of years. Growth pains are only to be expected, but he believes the rewards are attainable.

Belabored from the start

“It’s an intensely laborious project, getting a facility operating and at peak efficiency,” he says from Los Angeles on the day before an overdue trip to Florida. “The first step is ensuring the project meets the standard. Cannabis isn’t easy to grow anywhere.”

With MedMen cultivating cannabis in states including Florida, New York, Nevada and California, there’s no one-size-fits-all approach for quality control.

McQueeney’s role at the Utica, New York, facility is more in a support capacity, what with the operation in the capable hands of Corey Jackson. There, the cannabis is grown in shipping containers, giving MedMen total control of the environment regardless of the season.

While Florida and New York are producing at full capacity, McQueeney says the Nevada and California operations have been scaled back due to market dynamics and legalities. Nationwide, there’s a mishmash of state laws with the feds not allowing transport over state lines. Cannabis still stigmatized as some sort of rogue business, an operation can’t access banking services available to spirits distillers and tobacco companies. McQueeney reckons the laws will loosen and says that can’t happen soon enough. 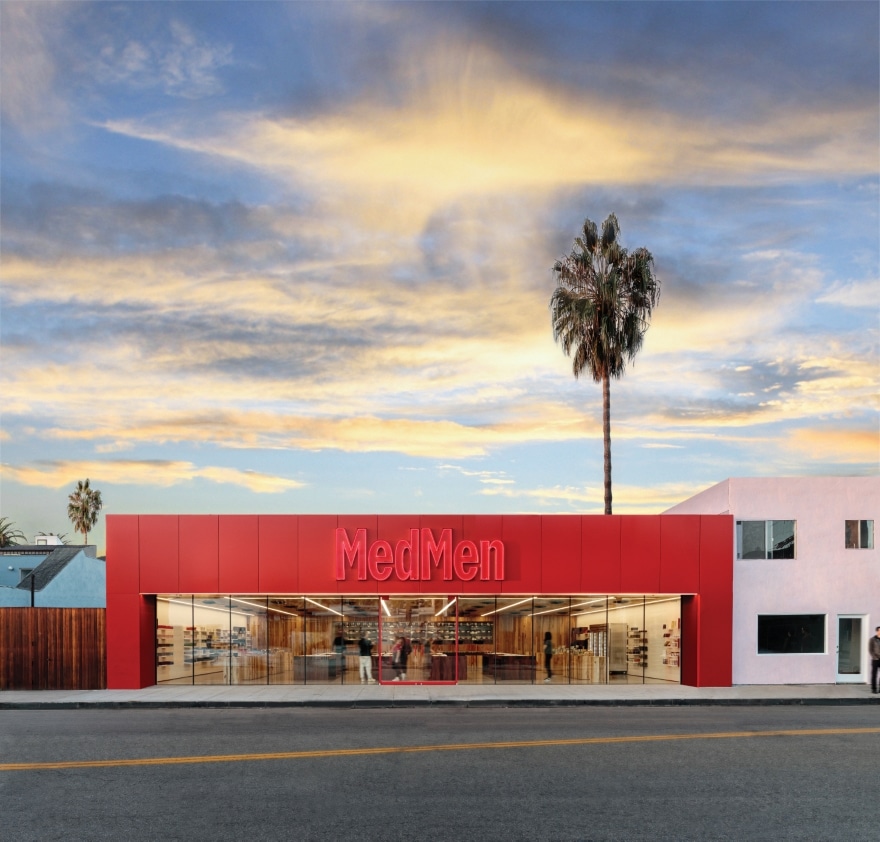 “There’s a tremendous benefit here as pain relief with none of the dangers of opioids,” he says. “I was sitting on a plane next to a veteran wounded in Afghanistan who’s in pain most of the time. He had to give up prescription opioids because it affected his memory. But he told me he wasn’t allowed to use cannabis. Veterans deserve access to this natural medicine.”

Energized for a cause

Intent on contributing to a greater good, McQueeney says he’s been doing just that since graduating from the University of California, Berkeley, in 2014. Then interested in energy and sustainability, he interned with an NGO called Asia Carbon Energy, spending a few months in China with engineering students while creating a 217-page report about that country’s energy usage.

Returning to California, he served a year’s fellowship with the Local Government Commission in Los Angeles County, implementing pilot programs for energy efficiency. Next came a couple of stints with private companies Energy Solutions of Long Beach and Cypress Creek Renewables, the latter of which had him selecting sites and managing development of solar power systems in the Pacific Northwest.

“Then one of the first things President Trump did was put tariffs on Chinese goods, including solar panels, which negatively affected the industry,” he explains. “I thought it would be a good time to pivot to cannabis.”

The industry still in startup mode, McQueeney essentially got in on the ground floor with MedMen, acquiring the underused Eustis facility from the former owner. Dispatched to Florida, he was handed the key and went about the onboarding process with a checklist in hand. He formulated the first CBD tincture for MedMen in Florida, securing their license in December of 2018. 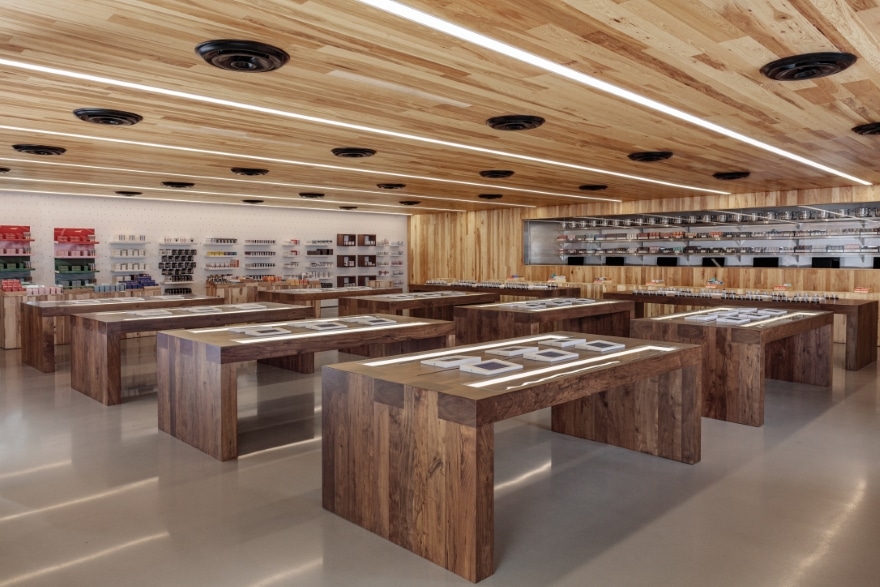 The past year has been frustrating, McQueeney says, with cannabis operations affected along with other industries, and his own travel almost halted. He just chalks it up to the trials and tribulations of getting anything worthwhile off the ground.

“It’s an industry that’s becoming legitimate and I’m playing a role,” he says. “I find the same skill set I used in solar energy comes into play. The methodology of development is similar. Intense planning around technology, working with interdisciplinary teams and, above all, being professional. Shoutout to my mom and dad for raising a good kid!” 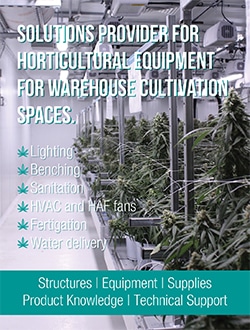