No space goes to waste

The Bay Area and Silicon Valley provide Joey Martinez with examples aplenty of how not to build or lease corporate facilities.

No need to mention names, but he sees so many companies setting up shop in palaces with far more square footage than necessary. Then a few years later their leadership scramble about, trying to cut their costs with more modest digs. 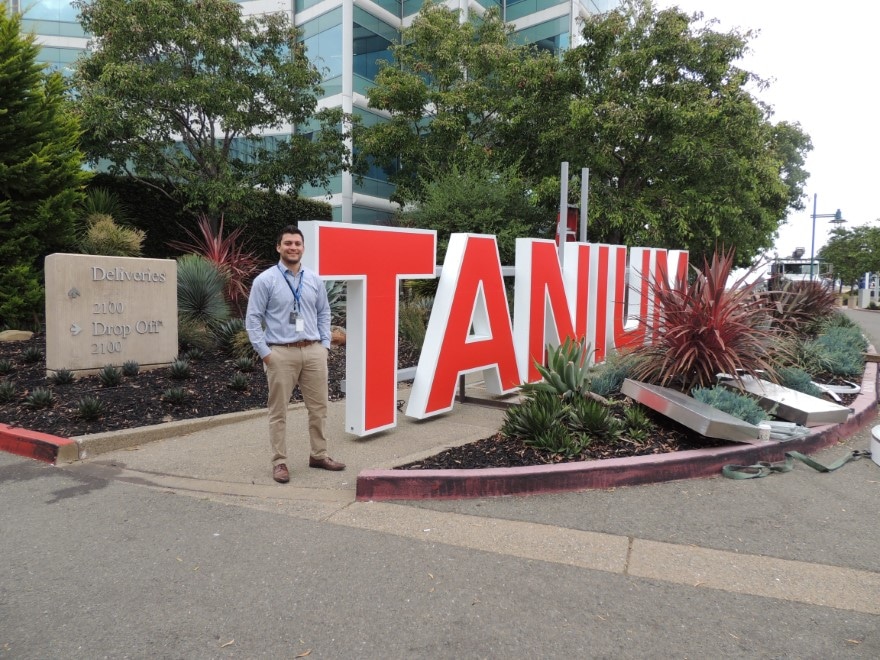 Were they prone to empire building to create the impression of progress? Martinez wonders about that and more.

Didn’t they consider the new trend of employees’ desires to periodically work at home? Doesn’t the modern workforce want more work life balance? Aren’t employers providing more benefits to young mothers and fathers allowing additional time at home? Shouldn’t mitigating unnecessary rent and utility costs be top of mind for any company?  Shouldn’t the sales staff and technical account manager be at the customer site as often as possible?

A young but well-seasoned head of global real estate and security operations at Tanium, Martinez takes all those variables into account when mulling office space. He’d better, for this privately held company has been expanding exponentially, its workforce expected to soon surpass 1,500 with more growth anticipated, and its global clientele harnessing Tanium’s expertise in cybersecurity and infotech systems management.

That’s necessitated regional bases and satellite offices far from company headquarters in Emeryville, California, with the 32-year-old Martinez entrusted with finding and outfitting the facilities.

He’ll put his foot down

“We don’t need an abundance of square footage in any single market,” the personable Martinez tells Blueprint in mid-February, days before Tanium opened its latest facility in Bethesda, Maryland. “When we open an office, it’s designed to accommodate transient employees. It’s reflective of the culture Tanium nurtures: Unrestricted time off for a workforce that can be trusted to manage their time and get the job done whether remotely or at the office.”

Though the Bethesda facility serves as headquarters for Tanium’s many clients in the federal government, it’s relatively modest at just 5,500 square feet with a maximum desk capacity for 20 employees though two or three times that many will live within commuting distance. 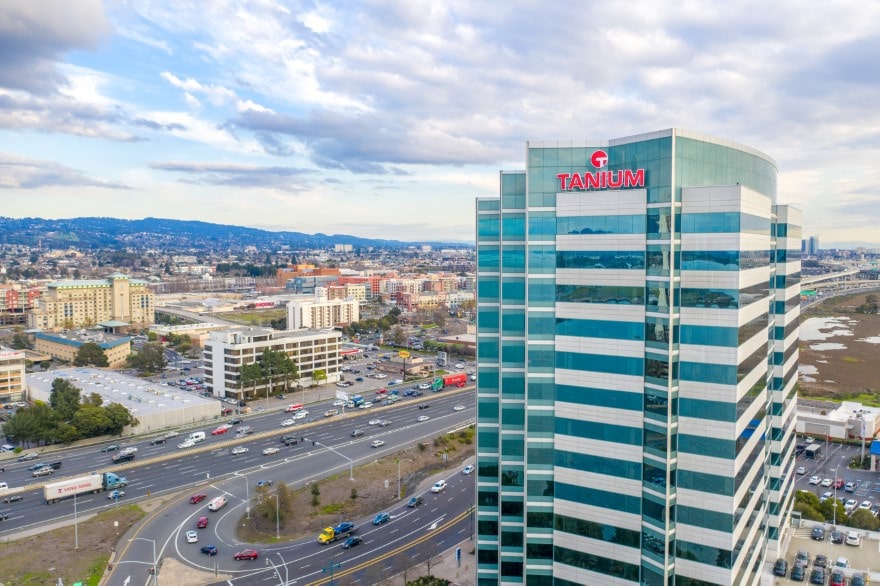 The boss doesn’t even have his own office, Martinez citing anecdotal evidence of how egalitarian corporate culture enhances the productivity of a tech-based operation. That said, the aesthetics of this particular facility have been enhanced for some very prominent visitors.

Other amenities went into two much bigger Tanium facilities that Martinez recently brought to fruition. Partnering with its global design and construction firm Unispace, the company relocated its Plano, Texas, operation to a 13,000-square-foot office in the Dallas area community of Addison, the extra space necessary since this place functions as an inside sales center, likely housing a customer service center in the future.

Not much focus on the aesthetics here, says Martinez, who was much more concerned with acoustics. Business being so brisk, he also settled on this locale because of its ability to incrementally expand as Tanium’s growth continues.

The same goes for a new expansion to their facility in North Carolina, where office utilization culture seems to differ from that of the Left Coast and major urban areas. Here the folks would often rather come into the office for collaboration, and the 18,000-square-foot office is already being stretched. More elbow room is forthcoming. 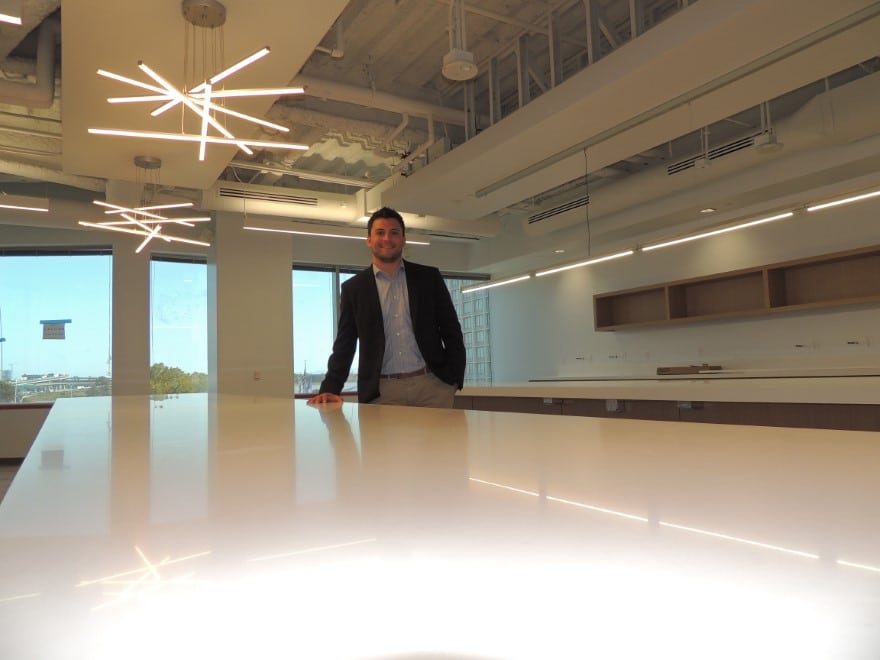 That’s partially due to North Asian culture, Martinez explaining that smaller homes and easier public transportation in this region make working remotely less appealing than in North America. Asians also appreciate coming to the office more so than their American counterparts, and the local management expect to be afforded at least some privacy within the open plan work environment.

Martinez takes those variables into account, the Japanese layout providing a dedicated room for an executive’s one-on-one while discouraging office hierarchy. Other common denominators remain in effect, including the company’s iconic red signage and mostly white décor.

In their newer Asian-Pacific markets such as Osaka, Nagoya, Seoul, Singapore, Melbourne and Sydney, they have partnered with OfficeNetwork, a global serviced office portfolio manager, to help ensure that Tanium’s small and flexible serviced office locations carry the same corporate culture as its larger leased properties. OfficeNetwork has been able to learn “The Tanium Way” and help find offices that align with this company culture and principles while saving money in the process.

It can be a challenge, Martinez acknowledges, with Tanium leasing rather than buying offices space, particularly since the nature of its business is so sensitive. His judgment would seem further put to test by the company typically opting for leases of just a few years, but he says this gives Tanium the flexibility to better adapt in the fast-changing IT and cybersecurity industry. 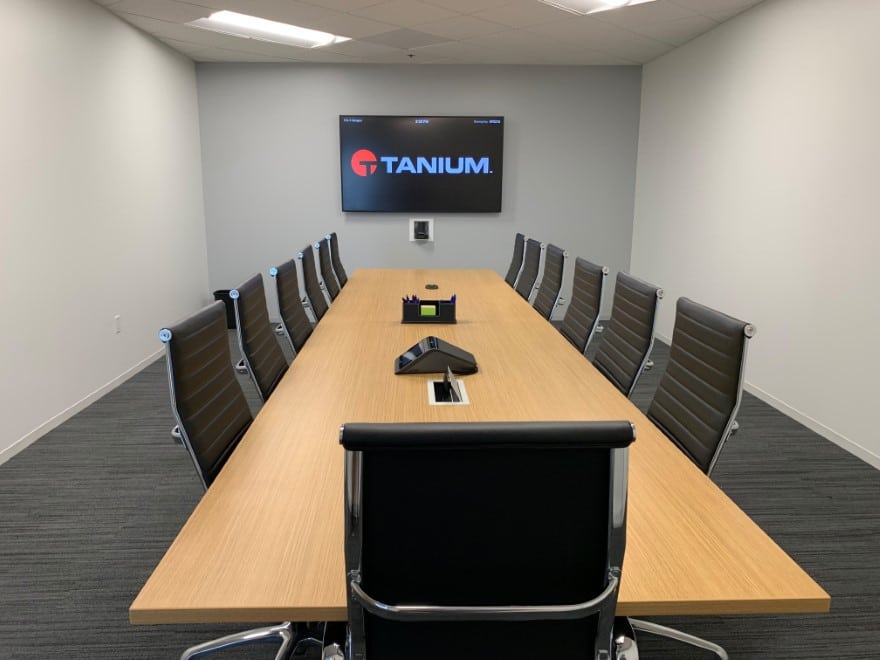 “My job is to understand what our people need to be successful—the types of gear, the networking infrastructure, the environment, the temperature in the room,” he says. “But from the start, I’m negotiating terms in our leases that give us specific controls over security. All’s for nothing if you don’t have secure space, and we typically have several levels of access control before you can even enter staff space. Often there are layers of badges, cameras, and PIN codes required prior to reaching anything of value in our facilities.”

And it’s not just the office needs that Martinez supports. Head of a team that includes mainly former members of the military and law enforcement, he’s also in charge of the physical security presence at Tanium. He’s not at liberty to discuss specifics, but one can surmise they include protection of Tanium’s most valuable assets, the employees.

A man on the move

A 2011 Kansas State University architectural engineering grad, Martinez was already an industry veteran when he came to Tanium in August 2017, having cut his professional teeth with five companies, the last two being California entertainment giants DreamWorks Animation and NBCUniversal Media.

Hired as senior manager of the Tanium workplace, he’d be promoted to head of facilities and real estate by year’s end, and last September ascended to his present position. He’s not a man who believes good things come to those who wait. 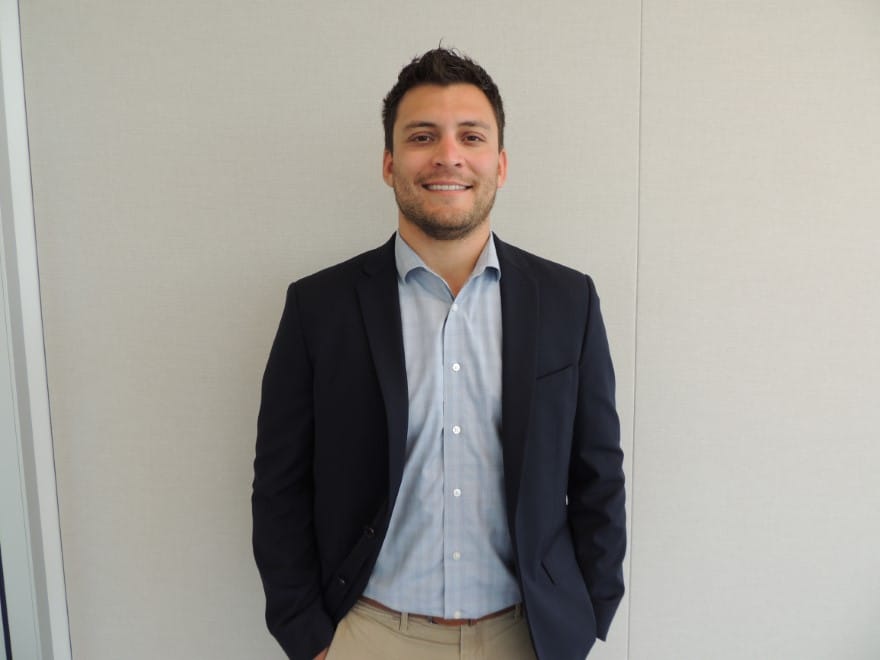 “When the door opens, even if it’s just a little crack, go ahead and sprint through it,” advises the former collegiate wrestler. “Don’t be afraid to learn as you go.”

His efforts at Tanium’s home base seem much appreciated, the facility he outfitted honored by Great Place to Work and FORTUNE magazine as eighth on its list of Best Workplaces in the Bay Area.

Could be the ranking would have been higher had security efforts been more a part of the equation, the good-humored Martinez muses at the end of his lively Blueprint interview. 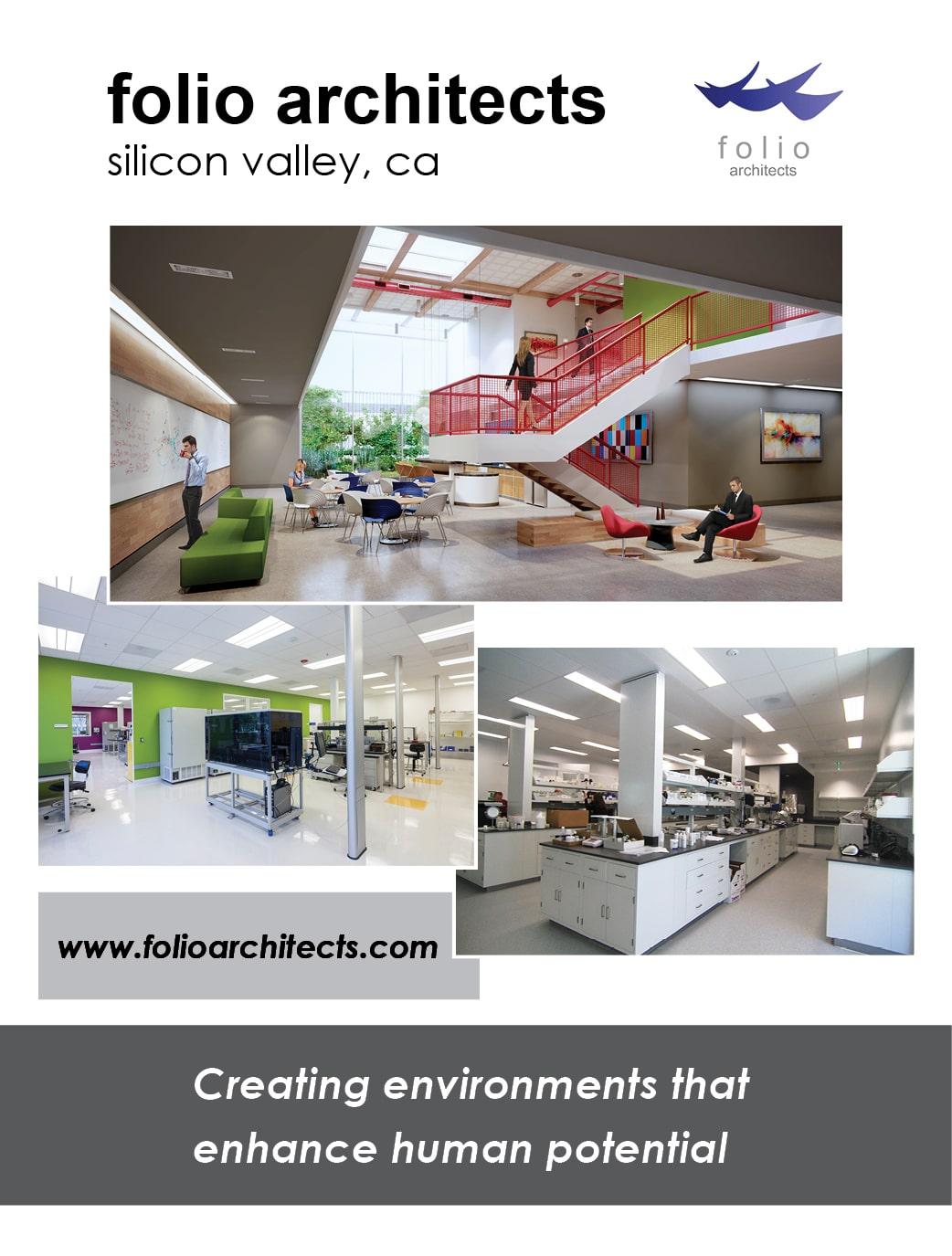 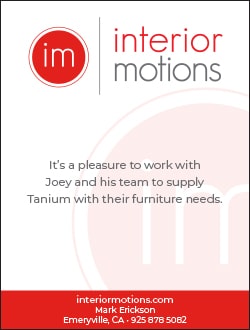 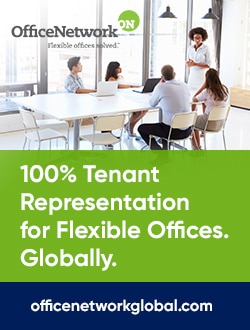 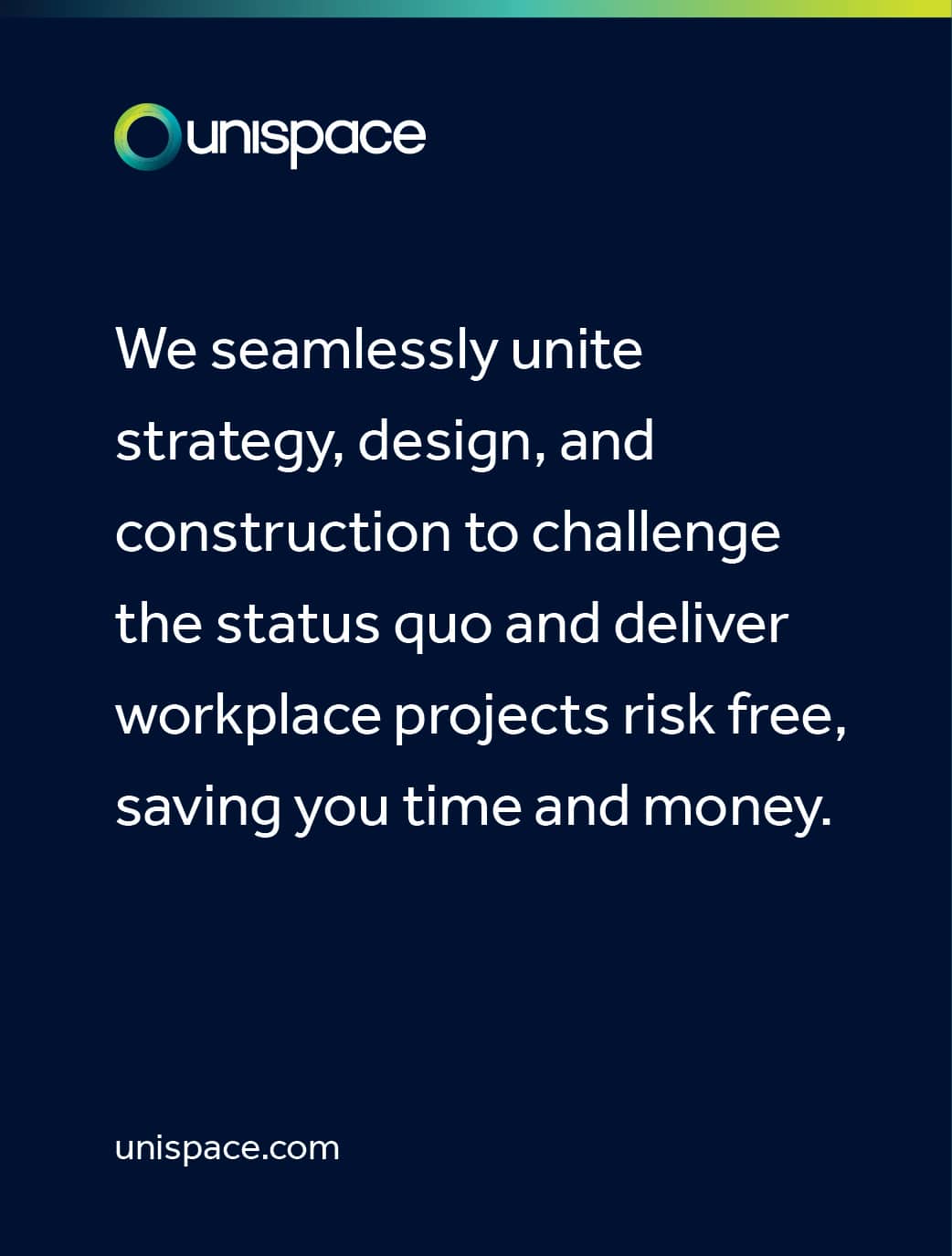