Caring for the air

You won’t see Joe Holland peering into a microscope to determine whether the latest pharmaceutical innovation is ready for a clinical trial.

But at the Charles River research facility in Reno, Nevada, he’s known to keep a sharp eye on how the building and its labs measure up to the exacting rigors of medical science—because he knows that lives are on the line. 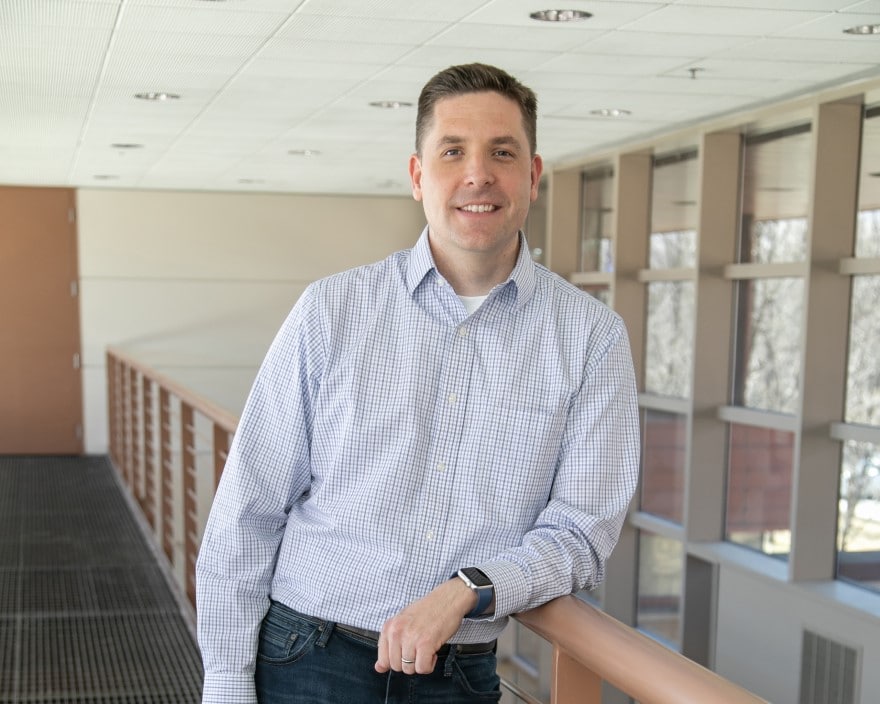 “We have countless scientists working with clients across the world, trying to save lives and make the world healthier,” Holland says. “I’m here to support that from the facilities perspective. We also feel an incredible responsibility to do the right things to support animal welfare.”

Putting it to the test

Founded in Boston in 1947 by Dr. Henry Foster, Charles River has grown from a one-man lab operated by a veterinarian to 80 testing sites across the globe. When a pharmaceutical or biotech company needs support in the discovery and development of new therapies, it turns to Charles River.

“Charles River, on a large scale, is doing very important science for our clients, sponsors and patients,” Holland explains. “We do it across the entire drug development pipeline. We’re there to partner with them the whole way.”

At the company’s 450,000-square-foot facility in Reno, researchers test the toxicology and safety profiles of drugs before they’re used in clinical trials. 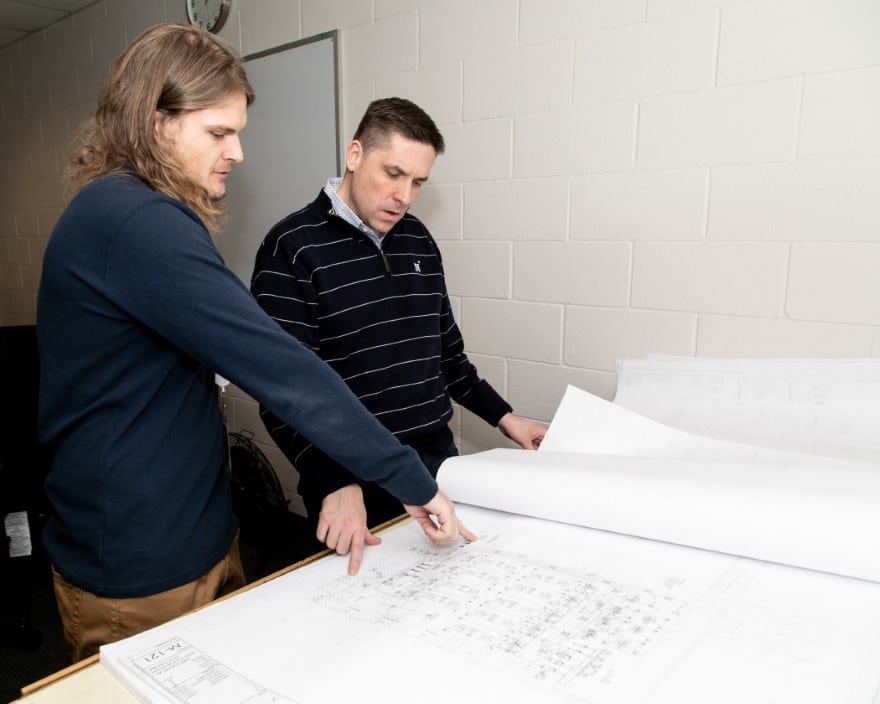 It’s Holland’s job to maintain the physical plant, while guiding its expansion and growth—both of which have been bountiful of late.

A $10 million, 25,000-square-foot expansion of the vivarium, where studies are conducted, is expected to be completed in spring 2020. The expansion adds 24 study rooms for drug-related research, allowing Charles River to serve more clients.

As the expansion wraps up, Charles River is also beginning a $1 million renovation of existing laboratory space used for immunology assessments.

This project will greatly enhance the site’s capacity to conduct research with immunology endpoints, Holland says. These include specialized pieces of equipment that analyze large numbers of cells to determine things like characteristics, biomarkers and other important data.

According to Holland, both the new and upgraded spaces will take advantage of technology to produce improved environments for the clinical tests.

Breathe in the air

But while adding two dozen vivarium research spaces will increase Charles River’s capacity for work in Reno, Holland—who helped design the expansion and oversaw its construction—is just as proud of the project to improve its air quality.

“The historical standards around air flow had been conservative and nonscientific,” he says. “The rules called for a high air exchange rate, without a great deal of science to defend the requirement.”

More specifically, the question he wants to answer is twofold: What’s in the air, and how much fresh air is needed to maintain high air quality?

For answers, Holland turned to Siemens, the German engineering company, to help design and install a solution that would make large-scale air sampling possible in order to measure pollutant levels and control air flow accordingly.

Working with veterinary operations and his facilities staff, Holland executed several pilot studies as a proof of concept to determine what levels of CO2, ammonia, volatile organic compounds and other particulates might be present under various conditions. An air-flow control sequence was then built using that information to maintain conditions within specific parameters.

The technology and equipment are new for Siemens, Holland adds, as the company enlisted a mining safety company to provide the air sampling equipment.

Once fully implemented, real-time data on air quality conditions throughout the study space will be used for air-flow control. This helps to ensure quality while also promoting energy efficiency.

“Going forward, we can control air quality on demand,” Holland explains. “It seems very simple, and we’ve been surprised it has not been employed more yet. All of the research models we work with deserve the highest quality environment as we focus on global sustainability efforts.”

Renovations in the existing lab spaces will alleviate problems common to high-tech work areas. There are times when things get heated in the labs. Internal lasers used in flow cytometry, as well as central processing units, or CPUs, can all run hot as they help researchers through the heavy processing and analysis.

To cool things down, Holland is shifting the vents in the new lab to allow cooler air to come in at desktop level, mix with the rising heated air, and exit through vents at ceiling height. 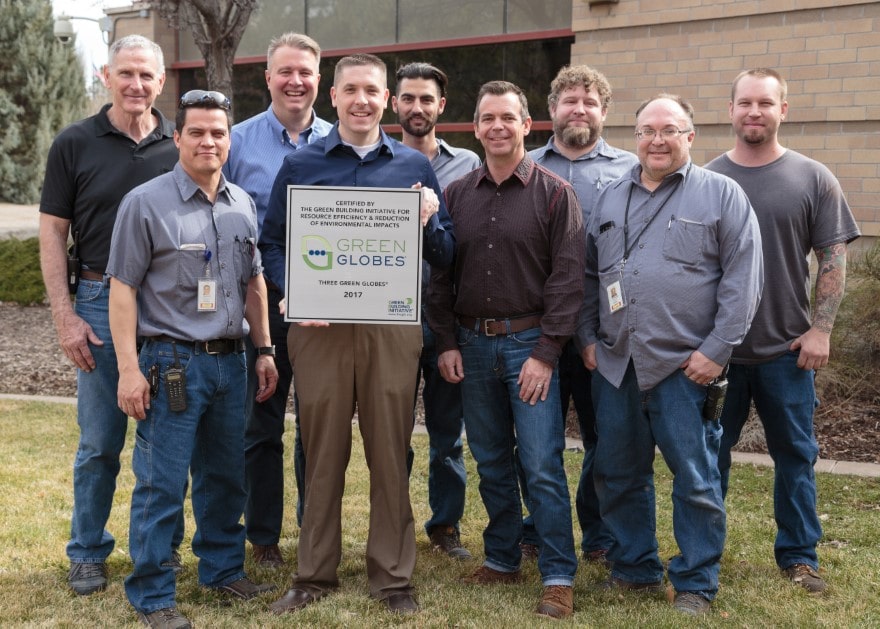 Innovations and renovations aside, Holland’s also handling the maintenance demands of a 30-year-old building—a job that requires balancing the unique energy requirements of a scientific facility with the desire to embrace sustainability and be a good corporate neighbor.

“What differentiates us is our high energy demands and intense need for robust backup systems,” he says. “We cannot be down on anything—not power, water or our IT infrastructure. We are redundant plus in our backups to respond to any kind of emergency.”

Charles River has multiple generators in place to prevent service disruptions, but to alleviate power needs, Holland and his staff have also installed LED lights with programmable controls to save electricity.

When the time came to replace two original water chillers, a heat exchanger that maintains chilled water temperature using outside air temperature was installed. With Reno’s cool and dry winter climate, the chiller won’t need to run for up to six months.

Charles River, where he was hired as the associate director of facilities in 2015 and promoted to director in May 2019, has been a homecoming of sorts for Holland.

Not only did he grow up an hour away from Reno; his wife is also from the area. Today, they live next to her parents. That gives the couple’s two children plenty of time with their grandma and grandpa and they keep Holland plenty busy as well. 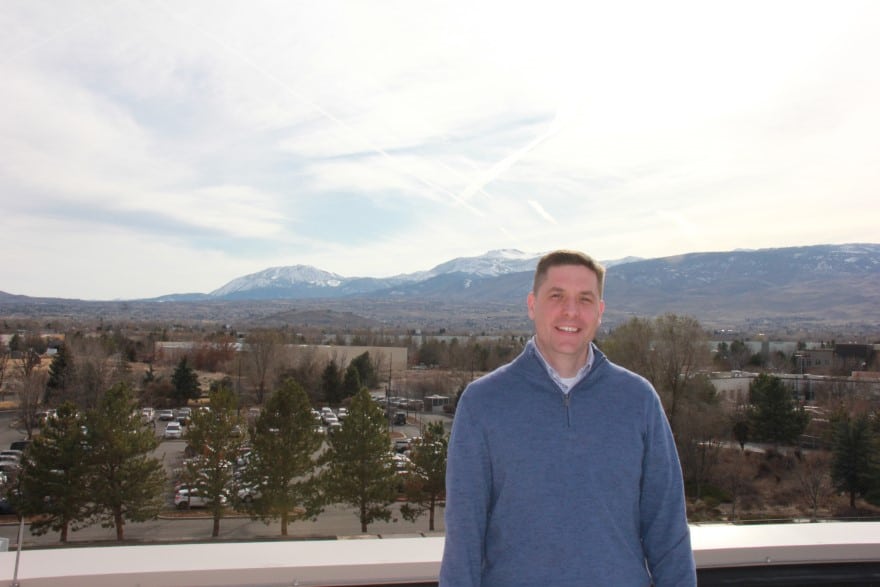 Enjoying a life near the Sierra Nevada Mountains is a far cry from where Holland picked up his engineering skills. A graduate of the U.S. Naval Academy, he served five years on the USS Connecticut, a submarine stationed in Groton, Connecticut.

After leaving the Navy, he headed west, joining Celgene in Phoenix in 2008 and rising to become a senior manager in engineering before he left in 2015. From there, he had a stint at Tesla Motors in Nevada, but he could not resist the opportunity to oversee facilities at Charles River.

“You know, I didn’t jump into facilities right away. I started my career on the engineering side,” Holland says. “But at Charles River, we develop and deliver breakthrough drugs for patients and I feel a such a strong connection to the impacts we have. I think we can champion some of the changes implemented at our facility for the industry as a whole.” 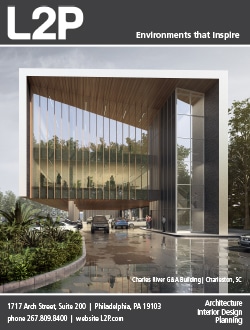 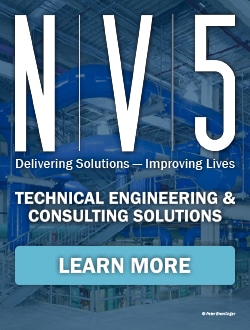