Driving onto the University of Pittsburgh at Greensburg campus, one of the first things people see is the new life sciences building.

The two-level building is topped by large high plume dilution fans, which are exhaust systems for chemical hoods in laboratories. Fans like this are typically hidden to make buildings more aesthetically pleasing, but in this case, they were left exposed.

“It makes the function of the building evident and shows that this is a science building,” says Joe Bleehash, director of facilities and operations at the Greensburg, Pennsylvania, university. “Because it’s near the entrance to campus, we wanted it to be representative of the university and its vision.” 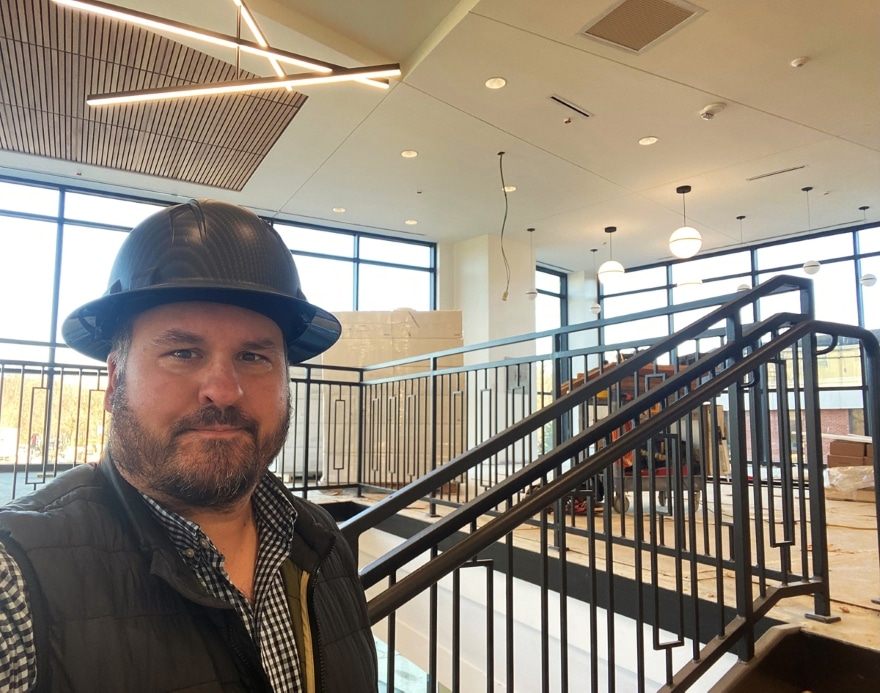 Because leaders of the university wanted this vision on display, Bleehash and his team worked with architects to determine the best axis and angle of the building. They also studied pedestrian flow and arranged the building so students wouldn’t have to travel far to attend classes.

Bleehash’s own background in architecture helped with this project because it allowed him to better understand how people use and move through spaces. When speaking with Blueprint in October, the building was expected to be completed by December and ready for student use at the start of the spring semester.

“It’s always so impressive to me to see ideas, thoughts and plans come to life,” he says. “I like to see how the result impacts users. That’s the hallmark of the job for me—seeing how this helps students.”

Discussions about creating a new life sciences building began six years ago, only six months after Bleehash was hired. Construction began in September 2021 after the project went through several rounds of designs.

According to Bleehash, a previous design placed the new building across a roadway from the existing science building, which was built in 1977. That building will remain in use, so putting the buildings apart from each other would have been inconvenient for students who will have classes in both.

It also would have meant displacing a commuter parking lot with more than 100 parking spots. With half the student population being commuters, Bleehash says the university would have needed to spend $1.5 million paving a new lot elsewhere. 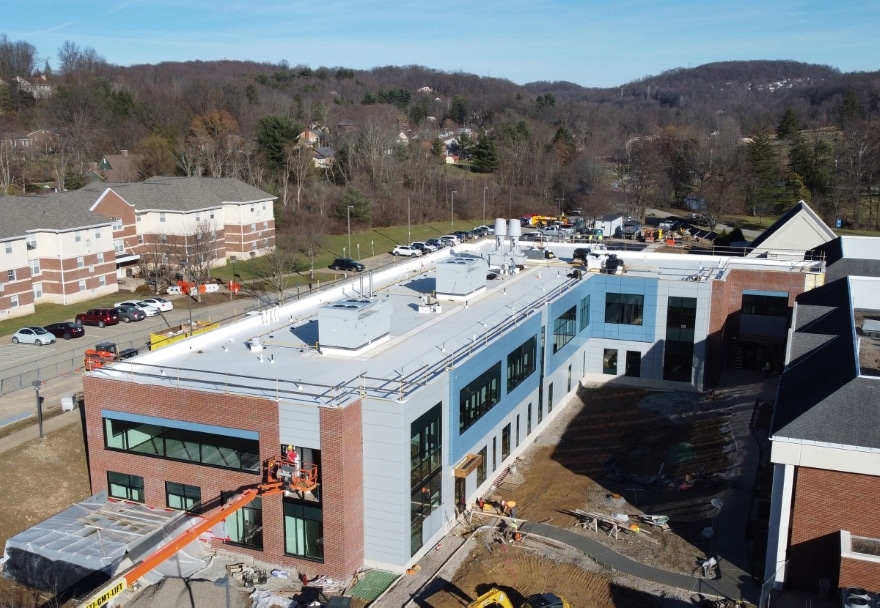 Instead, Bleehash and his team decided to construct the new building next to the old one and connect them. The land was clear, so there was no need to take down valuable trees or tear up pavement. While there was some concern that underground facilities would limit the use of the site, Bleehash says the team found little that got in the way.

At 32,000 square feet, the new building, which will be LEED-certified, is smaller than the old one, but he says it was designed thoughtfully with more space for collaboration. It will house the university’s expanding nursing program and will provide students with simulation labs.

“We were able to create a really functional space with a smaller footprint that provides students with the modern labs they need,” Bleehash says. “We have students for four years and I feel it’s my job to enhance their campus experience while they’re here.”

Bleehash takes this approach seriously because he knows college is an investment and that students could go anywhere for an education.

“The environment students are in is a main contributor to how they learn, how they live and if they stay,” he says. “We want the environments here to support them through the major life change of coming to college.”

He’s currently enrolled in a doctoral program at the university, which he says will allow him to better understand how to tailor facilities to what students need. The program, which Bleehash began in 2022, centers on diversity, equity and inclusion and will teach him how to help historically marginalized students feel safe and at home. 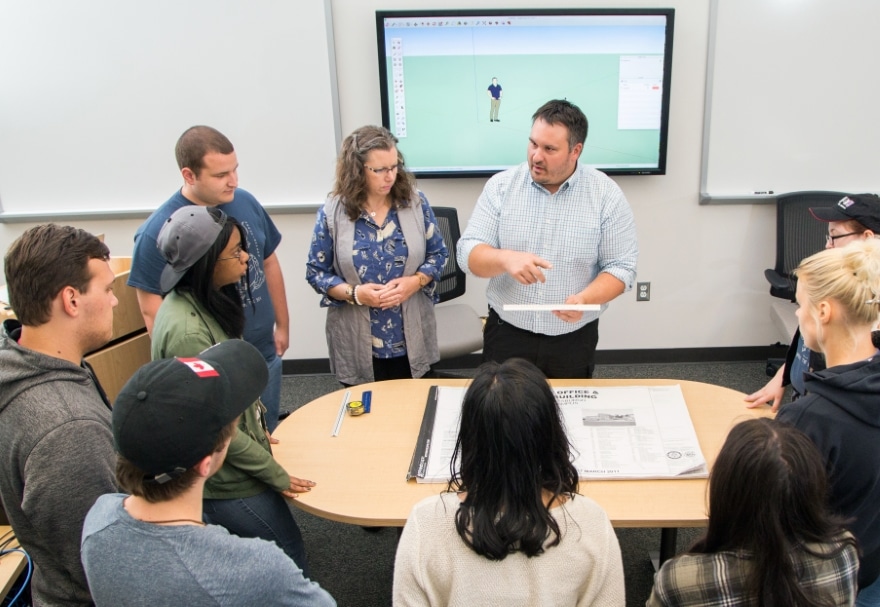 “We want this to be an equitable space,” he says. “All students, no matter their background or life stage, should feel welcome when they come to our campus.”

When he graduates in 2025 with a doctoral degree in education, Bleehash hopes to turn his sights to higher education consulting. He wants to help universities identify enrollment and retention issues by listening to students and incorporate their feedback into design.

Bleehash, a native of the Greensburg area, has been interested in construction for as long as he can remember. He was particularly intrigued by design and after graduating from Kent State University, he started his own architecture firm in 2002 in Latrobe, Pennsylvania.

Through his firm, he took on projects at universities, which sparked his interest in contributing to better college experiences for students. Realizing he wanted to be more involved in that process, he moved across the country to work as an architect for Montana State University in 2011. 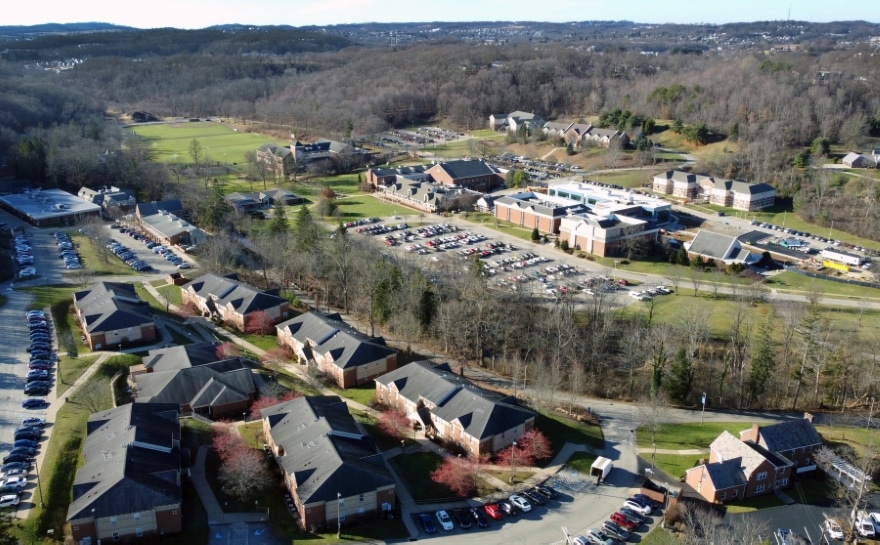 Bleehash then worked at Youngstown State University in a similar role before starting at University of Pittsburgh Greensburg in 2015. He says he was drawn to the university because of its student-centric approach. While he gets to know students through his daily work, he interacts with them more closely as an adjunct professor.

At each university he’s worked at, Bleehash has taught some courses, mostly related to architecture. However, he’s currently teaching a photography class, which he says is his artistic outlet.

“Teaching allows me to connect with students and understand them better,” Bleehash says. “I really like the small community atmosphere here.” 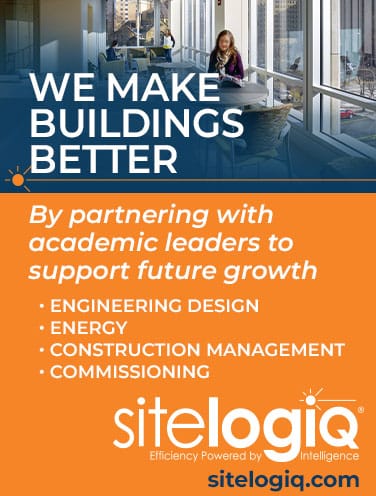