She didn’t know it then, but when JoDee Johnson was a little girl growing up in Michigan, borrowing Uncle Jim’s binoculars and using them to study houses across Portage Lake, she was on her way to becoming a design and construction manager for some of the biggest restaurant brands in the U.S.

“It’s funny how you come full circle, and you never realize it at the time,” says Johnson, now the senior director of design, construction and facilities for Benihana, the hibachi restaurant. “I found out what I wanted to do really early.” 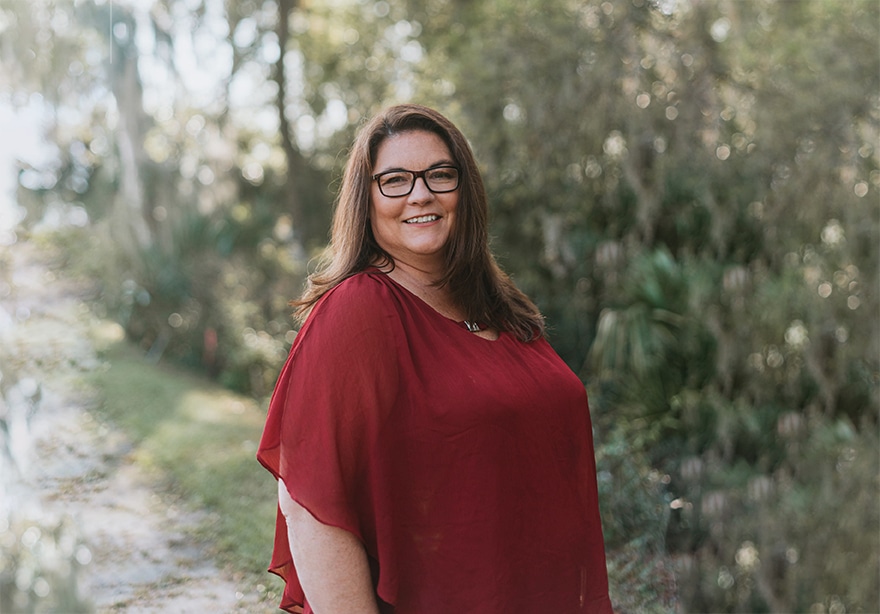 Coming to the Aventura, Florida-based chain during the COVID-19 pandemic has kept things interesting—and challenging—for Johnson, who has managed restaurant construction projects and facilities for more than 20 years. From beefing up the chain’s to-go infrastructure to re-designing interiors to make guests feel more comfortable, Johnson says she’s had to think fast and differently as customer demands evolve.

“We’ve been very crafty, since the communal dining experience [of hibachi] is different now, with some guests,” Johnson says.

Benihana has had Online ordering since 2017, but after a few weeks of the pandemic’s outset, Benihana enhanced the existing portal and shifted every location to a take-out only model. Now, all 98 Benihana / RA Sushi restaurants have re-opened, but about 15-20 percent of the business remains to-go. The restaurants, by and large, aren’t designed for that model since hibachi was traditionally based on experience dining, Johnson says.

“We’re looking at 15 projects where we’re expanding or reconfiguring parts of the restaurants to handle the increased to-go business,” Johnson says.

Because of delivery services like Door Dash and Uber Eats, all restaurants have had to re-evaluate how food travels, Johnson says. At Benihana, making use of higher-quality products and packaging ensures the food stays hot long after it leaves the restaurant. 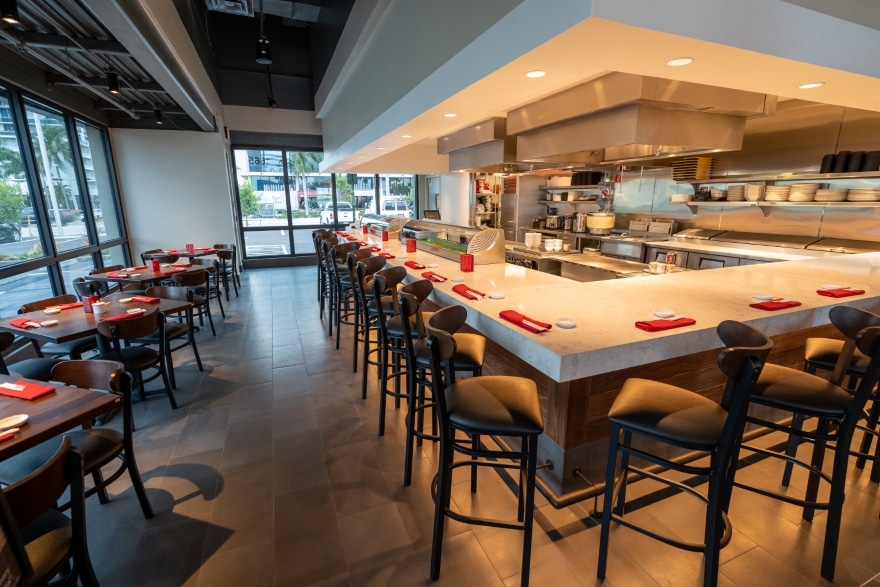 Higher-end plastic, reusable and sectioned containers, separate bowls for soup and rice, and new sauce containers are some of the ways Benihana has changed its off-premises dining. There’s also family-style, bulk ordering options for larger groups. As Johnson explains, the dining experience is still important.

“It’s been a true learning experience, helping our operations teams, marketing teams and keeping our construction and facilities teams in the loop, too,” Johnson says.

In March 2021, Benihana’s CEO, Thomas Baldwin, told Johnson that she had a blank canvas to revitalize the disjointed facilities department. If something needed to be fixed, she’d get support. When Johnson tells Baldwin that something needs to be fixed in the restaurants, it’s sometimes expensive and not guest-facing, but it needs to happen.

Still, “he’s not telling me how to do my job; instead, he’s giving me the power and the freedom to do it,” Johnson says.

Johnson has never led a facilities team, though she has worked alongside facilities managers. In the past, she’d focus on things like building design, site and building layout, and restaurant interiors. Now in facilities maintenance, Johnson thinks about maintaining all aspects of the restaurant like carpeting, light bulbs, HVAC systems and storage for onions. Lots and lots of onions.

“Each restaurant uses an average of 1,000 pounds of onions per week, and we have 66 Benihana’s,” Johnson says with a laugh. “That’s 33 tons of onions. Where we keep them is something I think about now.” 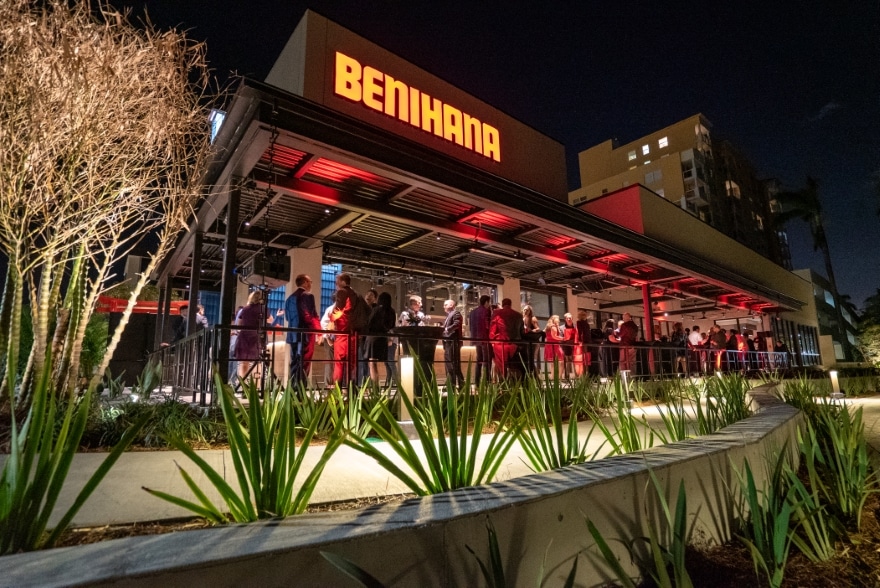 With the COVID-19 pandemic in the company’s rearview, Johnson is focusing on things like the conversion of a closed Japanese steakhouse in a Dallas suburb, or the purchase of smaller brands or successful standalone locations—there are currently 10 properties fitting that mold. With so much internal work, there’s no new ground-up work planned for the rest of the year.

“We expect 2022 will be a bigger year with real estate options opening up,” Johnson says. “Growing in Florida and Texas is a goal.”

Getting into the biz

For Johnson, life has always been about design and construction. Her father was a construction worker, and as a skinny kid, she was the one sent into crawl spaces to put things together when others couldn’t.  “Like a gopher,” she jokes.

While an undergrad at Lawrence Technical University outside Detroit, she got a job at a bar to help pay for school. Johnson worked at several bars and restaurants before being recruited by the corporate opening team for a Macaroni Grill, which then led to a job as a corporate training on operations, food prep, serving and bartending.

After earning a bachelor’s degree in architecture from Lawrence Technical University outside Detroit and a master’s in architecture from the University of Michigan, Johnson worked as a project manager for several architectural firms. Historical preservation was her focus—and she still loves the field, but in order to make it a career, she needed to be in a city with old buildings. 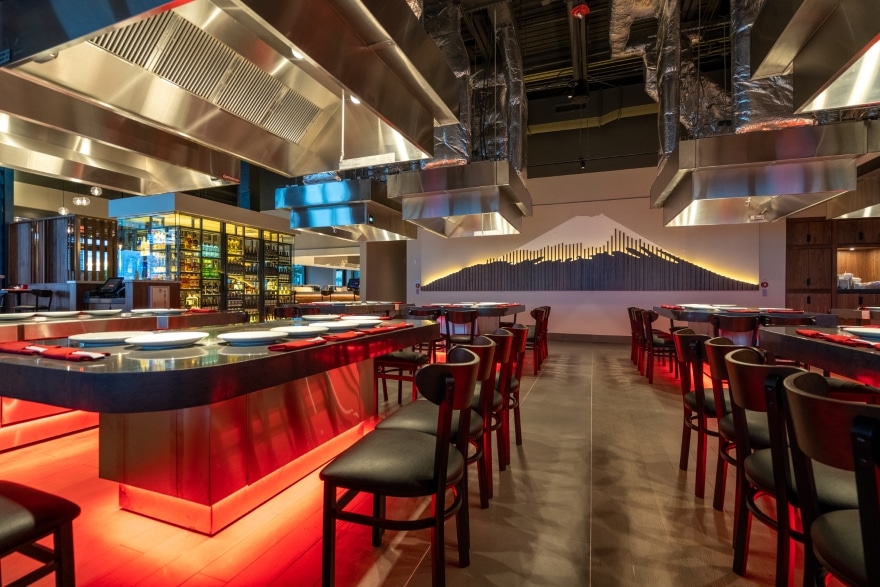 “I didn’t want to live in Chicago starting a family just because of my job,” Johnson says.

So, Johnson and her family moved from Michigan to South Carolina and started working on prototype grocery stores. Then, she worked as a brand manager for DP3 Architects for four years, where she worked on projects for Dunkin Donuts, Red Robin, Outback Steakhouse, Red Lobster and Carrabba’s. The training she received in college was a big help, she says.

“Being a designer for restaurants after working in restaurants as an employee definitely gave me an edge of understanding,” Johnson says.

She spent the next five years, until November 2014, with Darden Restaurants overseeing Eddie V’s and Yard House before becoming director of design for Ruby Tuesday, a position she held for nearly three years. After working for Marco’s Pizza for 18 months, she joined Benihana in October 2020.

“It’s been an exciting ride with lots of ups and down, and it’s not done yet,” Johnson says. “I love my job and being in service to people, so no matter where I am, I always make it memorable and fun.” 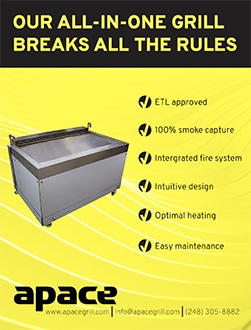