What do you do when a small buffalo herd appears on the property you are managing? Joan Magill remembers asking herself this question when nine buffalo escaped from a nearby farm and started running through one of the communities her company manages.

This is just one story from Magill’s upcoming book, “Condolirious”, in which she shares her and other property managers’ experiences in the community management industry.

“My motivation in writing this book is to bring public awareness of what managers go through on a daily basis,” says Magill.

Magill is the founder of Residential Realty Group Inc., one of the first community property management companies in Baltimore, Maryland. Her company works alongside the board of directors of common interest communities, like condominiums and home owner associations, and advises them in areas like insurance, annual budgets, property repair and upkeep. Magill also encourages her condos to consider green building options as a way of saving money.

Her stories in Condolirious are the culmination of over 40 years in the real estate and property management industry.

Magill got her start in real estate after graduating from the University of Maryland with a degree in education in 1972. Right out of college, she began teaching at a local middle school and managing a rental community in Baltimore. 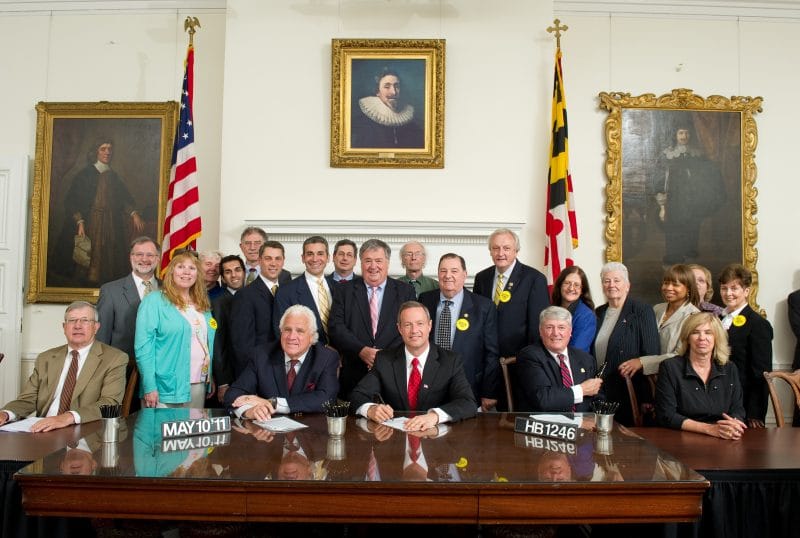 Around the same time, she and her family started a business that centralized landlord credit checks for prospective tenants in Maryland.

“Back in the 70s, there weren’t any computers, unless you had thousands of dollars,” says Magill, so through phone calls and a great deal of index cards, she and her family helped landlords increase cash flow by tracking down people that had skipped out on their rent. Magill says the company was so successful her father hired someone outside the family to run the business.

In 1974, after losing most of the firm’s clients, Magill started running the business full time, with the intention of selling it.

Instead of selling, she decided to get all of her clients back.

“But in my head I thought, how could somebody be so greedy and take such advantage of someone who is so generous? I just didn’t understand the concept and I never will to this day.”

Magill says this lit a fire in her and instead of selling, she decided to get all of her clients back.

In September that year, she set up shop in an uncle’s law office with only $250 in her account and started cold calling clients.

By December, she had all but one of her original clients.

For the love of real estate

Even though she had rebuilt her business, Magill says she wasn’t passionate about this part of the real estate industry.

“I really wanted to get into managing apartments because I loved everything about it. I loved the maintenance, the marketing, even the training,” says Magill.

In 1974, the same year she was rebuilding her business, Magill became active in the National Association of Home Builders (NAHB), the trade organization for builders, remodelers and other aspects of the industry such as sales, marketing and building material manufacturers.

To break into the industry, Magill started doing shopping reports on resident managers who worked in rental offices. These reports were for educational purposes, so Magill would pretend she wanted to rent an apartment and report to the landlord how she was treated throughout the process.

This became the consultant side of her business, which she continues today across the country.

Magill says her work with NAHB introduced her to new areas within the real estate industry.

“At that point, the major apartment developers of Baltimore were all owners and they were spectacular. They were great builders, they were great landlords and I got to learn from the best of the best about this industry,” says Magill.

Magill rose through the ranks of the NAHB by joining committees and eventually ran their rental educational program and became a long-standing member of the board of directors.

“I found I was the only woman [on the board of the directors] at the time, and because I was 25, nobody took me seriously,” she says. “While I was incensed about it, I just made sure I was prepared at all my meetings and did my homework.”

In 1978, she became the first woman to receive Associate of the Year from the Maryland chapter of NAHB, which honors members for their loyalty and ethical conduct in the industry.

During this time, Magill was also trying to find apartments to manage, but almost everything was managed by the buildings’ owners. However, Magill discovered that some developers were creating a new style of housing called private communities, or condominiums.

“I started soliciting builders who were building these new condominiums. I told them not only will I manage your community, but I will start going to development and construction meetings so when  units are sold to homeowners I could start educating them about what living in a community is all about,’” says Magill.

In 1976, Magill started her first community management company. She trained new homeowners how to balance a condominium association’s budget and how to run board of directors meetings.

As her business expanded, Magill hired a woman named Louise Hood to be vice president. Hood had been Magill’s first cold call when she was rebuilding her credit check business. “When I first met her I told her, ‘we are going to work together one day,’ and 40 years later she is the president of the company,” says Magill.

In 1988, Magill renamed her company Residential Realty Group and focused its services on community management.

Today, she even manages the association she lives in, called Greene Tree. Magill says she enjoys working on large reconstruction projects for her community, finding the best price and quality products, which often means using environmentally sustainable solutions.

For instance, because Greene Tree is all wood construction, the homeowners association used to spend over $1 million every five years replacing and painting the cedar wood siding of the 198 homes in the community.

To replace the wood siding, Magill found a longer-lasting composite product made of 50 percent recyclable materials, which not only prevented waste in the community, but saved the association thousands of dollars.

Magill says she is looking forward to sharing these and other stories in her new book and she hopes others will be inspired by her journey.

“I want to inspire women to know they can do and be whatever they want if they put the action behind it,” says Magill. “I’ve broken a lot of ground and I’m really proud of what I’ve accomplished, but the truth is I just went about my everyday life and chose to take action to make a difference in the professionalism of my industry.”