Bringing tech magic to the ‘Kingdom’

Jim Slagle has made a career out of helping to sustain quite the legacy. As vice president of facility asset management at Disneyland Resort, he feels like he is on hallowed ground.

“Walt Disney’s legacy is visible throughout Disneyland park,” Slagle tells Blueprint in September 2021 from Anaheim, California, where he’s spent the second half of his Disney career. “We feel a responsibility to uphold that legacy in everything we do.” 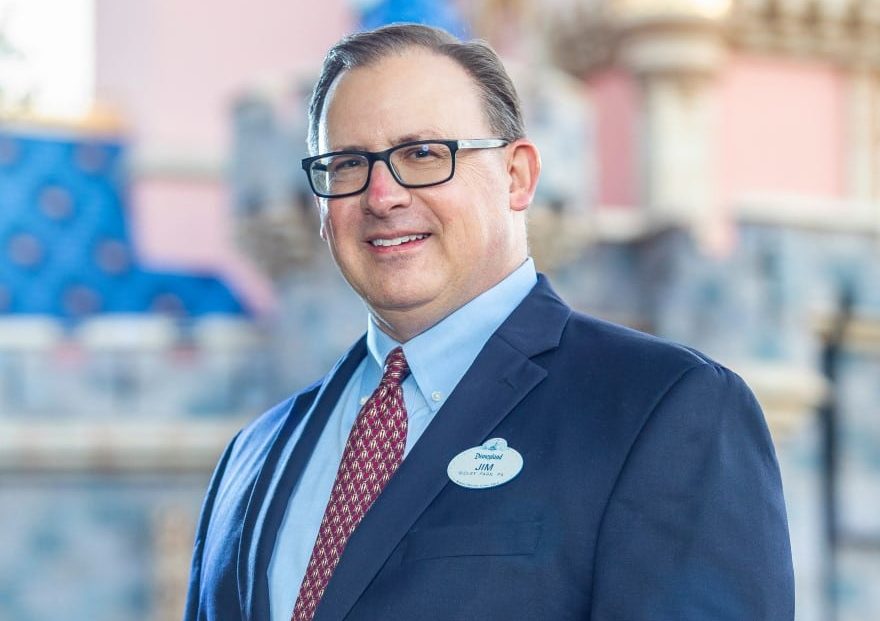 The creative genius and brainchild behind the empire, Walt Disney was always looking ahead, transforming what had been a modest animation studio in Southern California during the 1920s into a multinational entertainment empire.

But in some afterlife even Disney might wonder at how Disneyland Resort has kept evolving since his death in 1966.

Given how high-tech the industry is today, Slagle and his team uses cutting-edge tools to remodel and refresh guest offerings to enhance their experience. While the park was closed from March 2020 until this past April, the time didn’t go to waste. Those 13 months gave teams across the resort, including Slagle’s, time do everything from fine-tuning exhibits to refurbishing hotels.

Though, as he says, that’s an ongoing process representing a significant investment even outside of a pandemic and usually done while the resort teems with young thrill-seekers and their guardians. 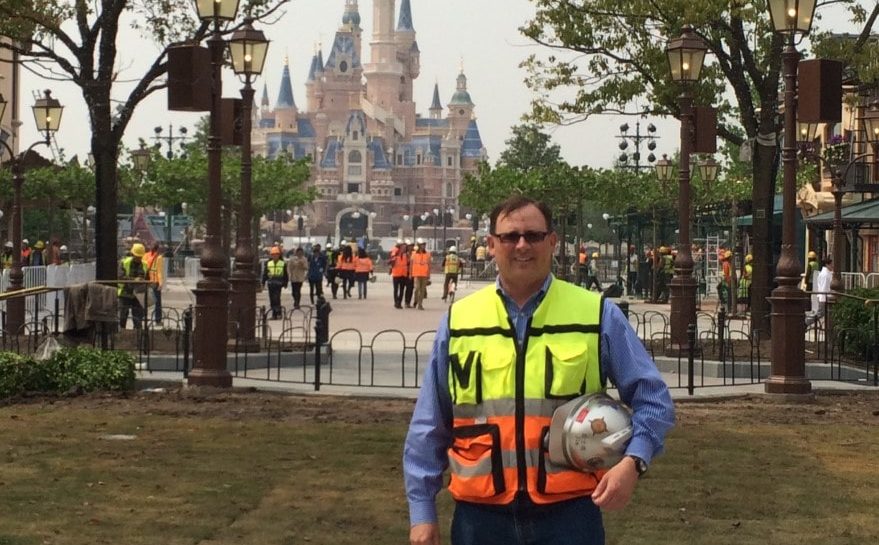 Getting ready to open Shanghai Disneyland in spring of 2016.

“I feel blessed to work with such a talented team,” says Slagle, who oversees architects, engineers and project management professionals. He also partners with hundreds more, including Walt Disney Imagineering, theme park operations and internal artisan and craft workers. “The team is always looking at new technologies that can improve the way we accomplish our work.”

A COVID-19 consequence—and opportunity—has been his department discovering new ways to do their jobs.

No sleeping on his job

Recent work that ensures peaceful slumber for “Sleeping Beauty” is a good example. During a 2019 upgrade, Slagle’s team replaced 18 castle turrets of various sizes, shapes and styles. The turrets were digitally scanned to create 3D models and molds for exact replicas that could be easily swapped out.

Earlier in his career, that process would have involved removing each turret and using it to create a mold.

“It was a much more visually intrusive process to the guests,” Slagle explains. “Now, it’s a much faster process than thumbing through what can sometimes be hundreds of drawings on a project.” 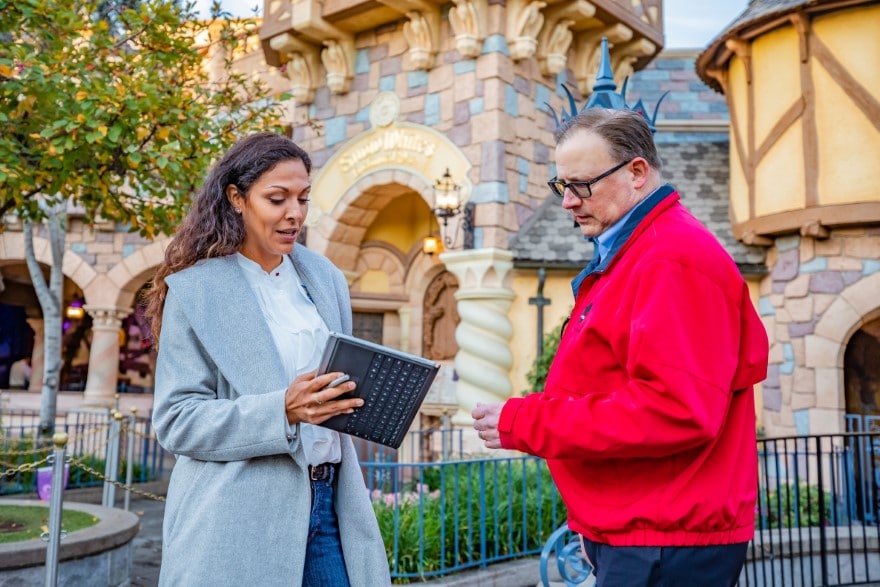 Other tasks have been streamlined by bringing all parties into online document review sessions which more readily capture stakeholders’ input. Everything’s embedded in a virtual document. The same software tools allow project managers, estimators and all other parties to use embedded hyperlinks in the drawing packages to quickly move between planned views and discipline links (structural, mechanical, electrical etc.).

While Slagle’s responsibilities have primarily been in Anaheim since 2006, he also oversees some project work at Aulani, A Disney Resort & Spa in Hawaii. During an 18-month stretch during the mid-2010s he had the opportunity to contribute toward construction management of Shanghai Disneyland.

Wherever he’s been posted, the 55-year-old and young-at-heart Slagle considers this is his dream job, having grown up watching the classic Sunday night TV show “The Wonderful World of Disney.”

Pennsylvania-born and at the time a Drexel University student, Slagle recalls visiting an older brother in Winter Park, Florida—part of the Orlando metropolitan area—and walking through Magic Kingdom and Epcot theme parks.

“I simply fell in love with the Disney brand and wanted to be part of it,” says Slagle, who at the time was working as a cooperative education student supporting a Federal Aviation Administration project at Philadelphia International Airport. “I always had a favorable view of the company and that was reinforced during my first visit.”

After joining Walt Disney World Resort in 1987, Slagle worked his way through different roles in maintenance and project management and enhanced his credentials by studying finance at the University of Central Florida. He progressed to chief engineer for three on-site hotels and expanded his skillset with project portfolio management for parks and hotels. 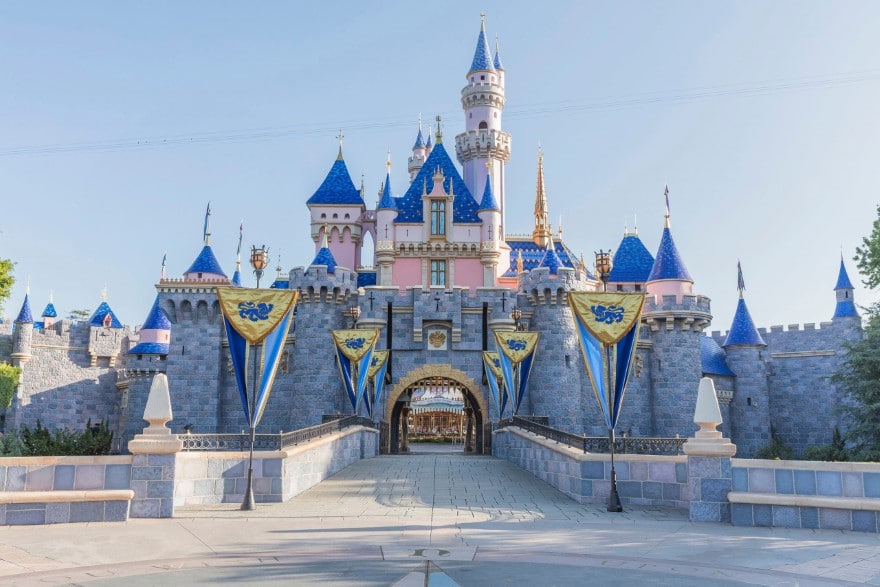 The Walt Disney World Resort spread over 43 square miles in the Central Florida communities of Bay Lake and Lake Buena Vista, so there was much to keep Slagle busy during his 1987-to-2006 tenure. But he welcomed the opportunity to go west because California was where it all began.

At about 500 acres, the original Magic Kingdom in Anaheim is a quainter and more compact park, and from one Orange County to another, Slagle’s enjoyed his time at both locales.

After three and a half decades on the job, he has no plans to retire. It’s always an exciting time to be part of the crew overseeing Disney facilities, Slagle says, with technology offering the means to do so much more.

So it’s “Heigh ho, heigh ho, it’s off to work we go,” Slagle wouldn’t want to be elsewhere.

“What do I like best here? It’s the variety of the work,” he says. “Each project is unique and brings its own set of opportunities. Not to mention, millions of people see our work each year. It’s a very special place to work.” 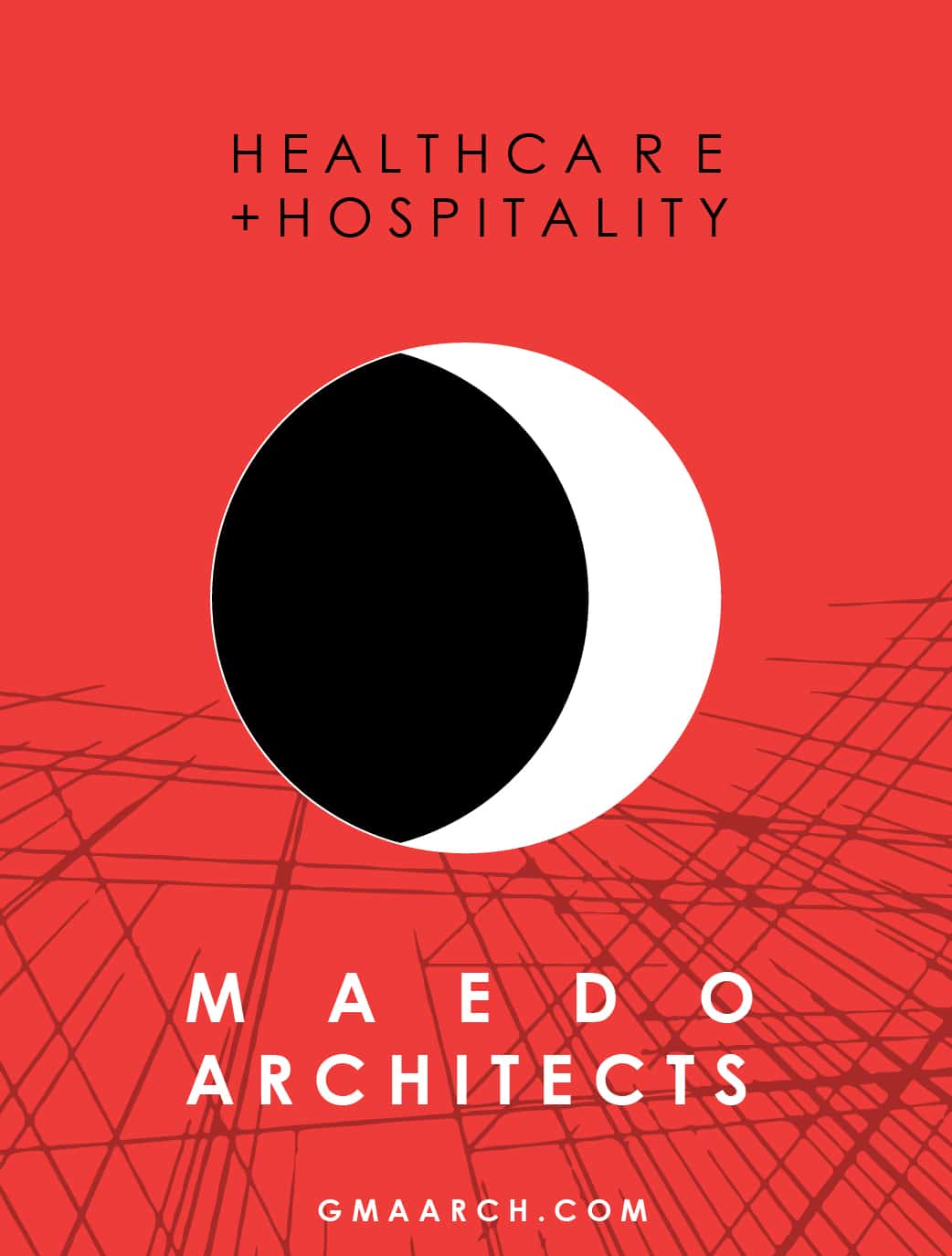 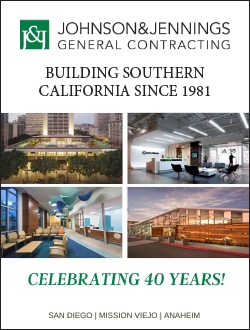