But, only a few months later, he was called back to Dickinson Independent School District, where he’s now worked for 43 years. The Texas-based district needed his help connecting with vendors he knew best.

“It’s a great school district, so I was happy to come back,” Rubach says. “I’ve had great roles here and have always been treated well.” 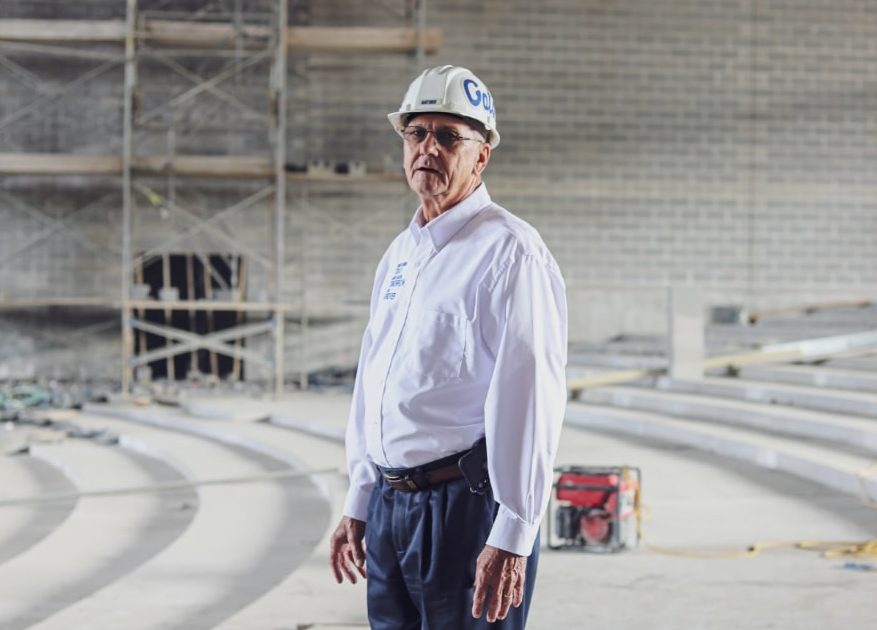 He now works part-time as the executive director for facility planning and construction, which still leaves time for his family and hobbies, he says. The district has been busy, though, especially as the student population grows. According to Rubach, 400 new students enrolled in fall 2022, bringing the population to over 12,000.

Located halfway between Houston and Galveston, Dickinson is drawing many families and young professionals with its “unending job market,” Rubach says. When speaking with Blueprint in October, he says 10 housing developments were under construction within the district boundaries. For him and his team, this means building new schools.

“There’s no way I could do this by myself,” he says. “I’ve been blessed to have great working partners, even outside of my department. Our work here is very collaborative.”

For every project, Rubach works closely with Ryan Boone, the district’s deputy superintendent for business and operations. The pair is currently overseeing the construction of a new junior high school, which will accommodate 1,400 students in sixth through eighth grade.

Plans for the 248,000-square-foot school, which will be the district’s third junior high, were approved in a 2020 bond and the design phase began shortly after. Construction started in October 2021 and Rubach says the project is expected to be completed in June 2023. In the meantime, students are using portable buildings as overflow space.

As of October, three smaller projects were out to bid—the district’s transportation, agriculture and technology centers all need to be expanded. Rubach expects construction on the transportation center to begin in December and be finished by September 2023. The plan is to add three new service bays, each of which can accommodate two buses at a time. The parking lot will also be expanded and a new fueling station will be built. Inside, offices and meeting spaces will be renovated and expanded. 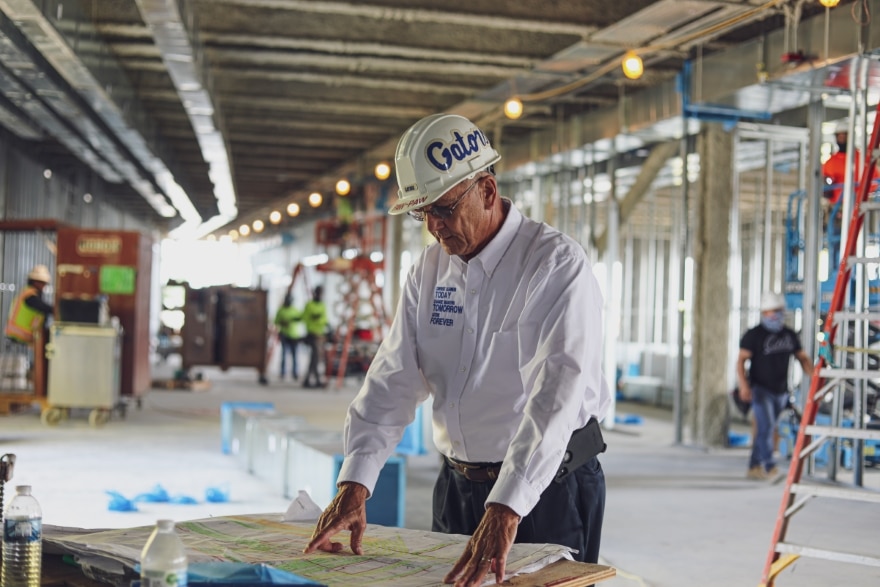 The agriculture center will follow the same construction timeline, Rubach says. The district’s agricultural program has outgrown the space, so 16 new cattle stalls will be added, as will an additional show arena. There will also be another wash bay and more storage and parking.

“Having grown up on a farm in Illinois, this project is near and dear to me,” Rubach says. “It’s great to see so many students interested in agriculture.”

The district’s technology center, which is used by the IT department and not student-facing, has also been outgrown, he says. With new IT staff being hired, the department needs more offices, meeting spaces and storage areas. Construction will start in March 2023 and be completed by September.

The projects Rubach works on are typically bond projects, which require his involvement from the initial planning stage.

He and his colleagues are currently part of a bond task force committee to determine how to pass a bond to build a new career and technology center. This center will be student-facing and will allow the district’s high school to expand their career exploration and preparedness programs. Rubach says the nursing and health care programs especially need more space because of increased interest.

The task force committee is also hoping to pass bonds to build a new elementary school and replace chillers throughout the district. If the bonds are passed in Dickinson’s May 2023 election, Rubach and his colleagues will work with architects on designs. The projects will then go out to bid and he’ll help select a contractor. Rubach will then oversee all construction, which requires working closely with his partner Boone.

Rubach says the design process is often collaborative, with many departments giving input, especially those that will be using a space. For example, when a school had its cafeteria remodeled, the cafeteria workers helped guide the design. 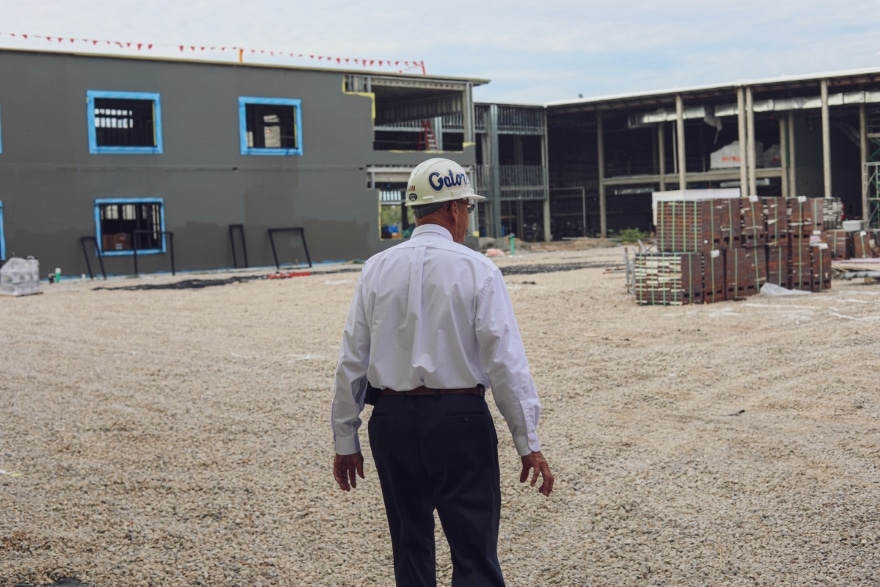 “I like this approach because it gives people more ownership over the projects and our schools,” Rubach says.

Having been with the district over four decades, he certainly feels pride and ownership over the schools, grounds and other buildings. He started as an auto mechanics teacher and then became the career and technology director for the district. He’s also been a supervisor for transportation and food service, as well as assistant superintendent of those departments. He began overseeing construction bonds before retiring.

While he’s not sure when he’ll retire for good, Rubach has been enjoying the flexibility of part-time work. Much of his time is spent with his family, including his four grandchildren and his daughters, one of whom also works in the district.

“People say it takes a village to raise a child, well it takes an entire district to take care of this many projects and students,” Rubach says. “It’s something I’m proud to be a part of.” 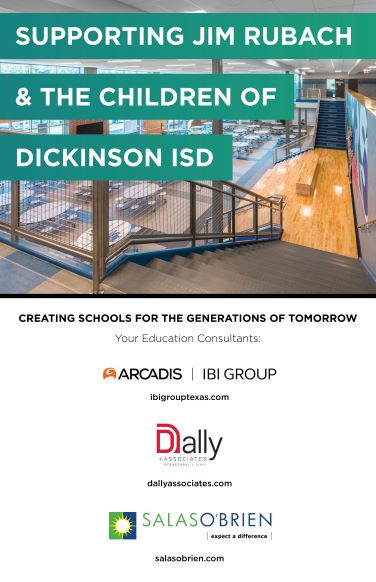 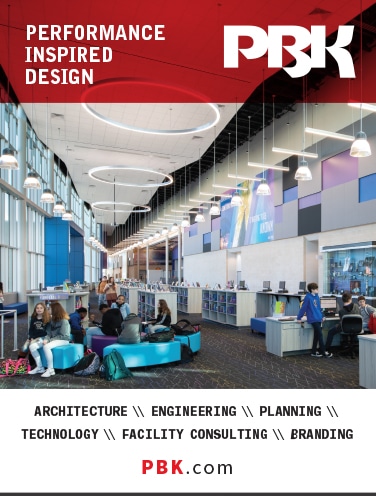 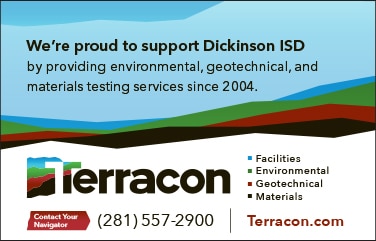