Jim Giuliano says his entire career has been about making the most of opportunities. It started at an early age, as he grew up around his family’s masonry business and found himself helping his brothers and father during summer vacations, taking advantage of the opportunity to learn about construction. 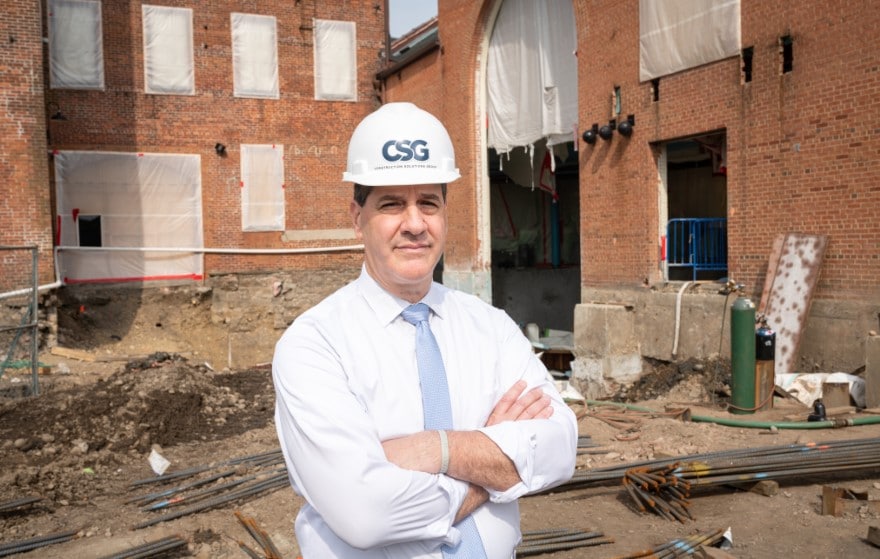 After college at Central Connecticut State University, Giuliano worked as a project manager for construction companies in New England for many years, before settling into a role at the newly established construction division of the Capitol Region Education Council, a regional education service center based in Hartford, in 2007.

There, he learned about building schools and other educational facilities which helped lead him to where he is now: the president of his own owner’s representation company, Construction Solutions Group.

“There was an opportunity that presented itself [to start this company], and I took advantage of it,” says Giuliano, who co-founded CSG with Vice President Christopher Cykley.

Still making a name for himself

The company, based in East Hartford, Connecticut, primarily serves as owner’s project managers for the public and private K-12, senior living and higher education markets. While CSG is a small company with just 10 employees, it competes with larger, international firms for multimillion-dollar projects across New England, Giuliano says, largely due to its specialized staff and experience. 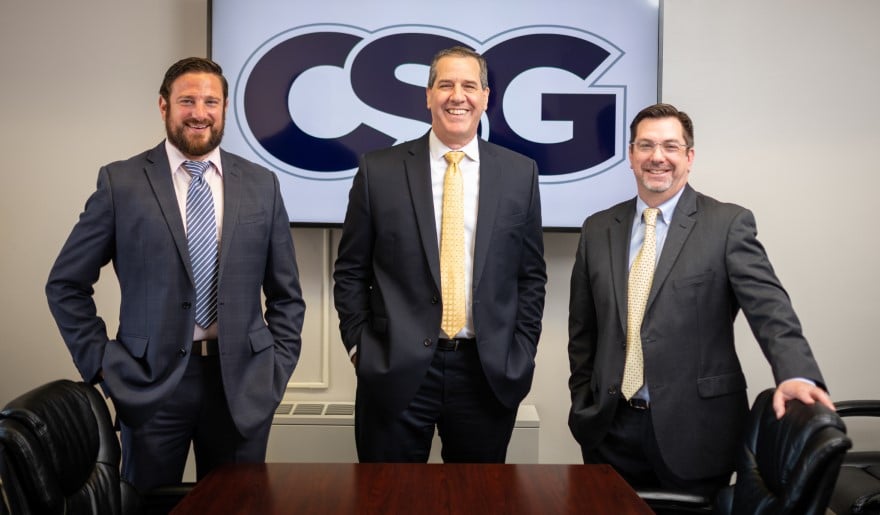 The new Norwalk High School, subject to approval by the State of Connecticut, will measure around 364,000 square feet and house 2,000 students, replacing the current facility which was built 50 years ago. It will be a state-of-the-art campus with modern, multipurpose educational spaces, a TV and film studio, two computer science labs and several music rooms. Giuliano estimates the school will cost around $220 million.

The New Columbus Magnet School project is a new school building encompassing more than 66,000 square feet for more than 400 students in grades K-8. With a budget just under $42 million, the school will have a multi-level design with outdoor rooftop space and a campus-like environment. 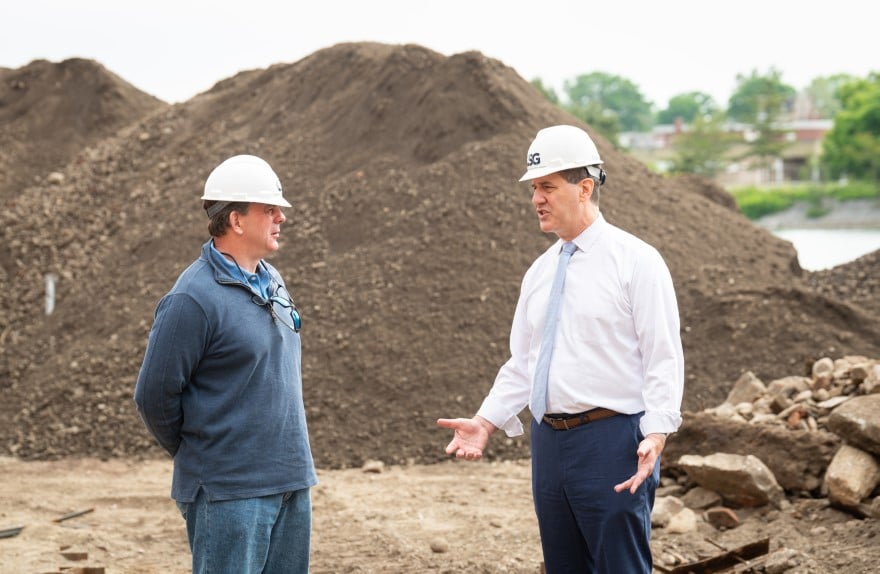 Giuliano says CSG has been successful in the education construction market, in part, because of his years of service as a project manager for a regional education service center. He represented owners to school districts and learned to support educators and many Connecticut communities.

“It’s up to each district to decide what they want [in a school] and what they can afford,” he says. “It’s a combination of local tolerance for the spending and how much the district thinks it needs the project.”

Other markets worth exploring

Expanding into the senior living space didn’t provide as many challenges as working in public education, Giuliano says. For one, there aren’t nearly as many regulations and the work is dependent on the facility itself and what the wants and needs are, making it easier to control costs. There isn’t nearly as much public input, either.

Also making the work easier was CSG’s hire of Mark Garilli, a former executive of a major senior living facility in Connecticut who “speaks their language and knows what’s most important to senior living providers,” Giuliano says. 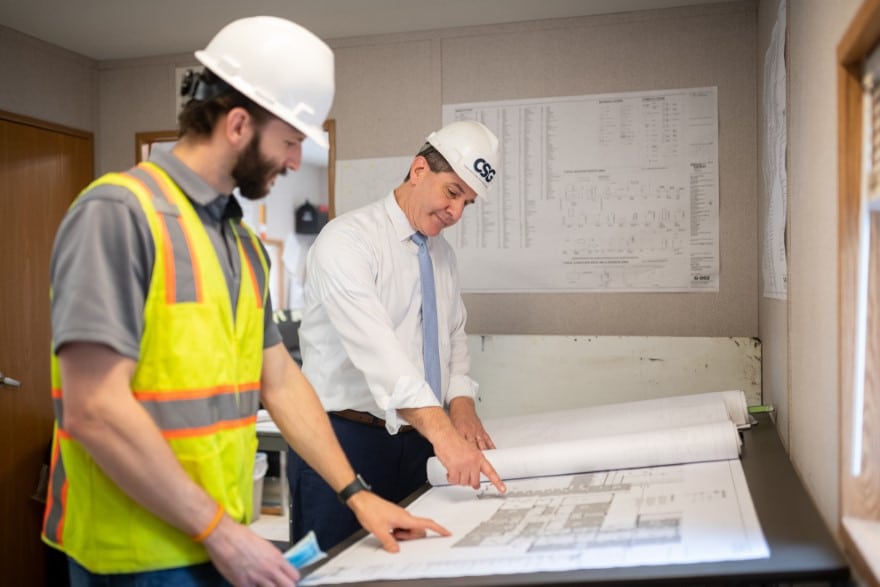 In addition to senior living, Giuliano sees opportunities in the health care and defense contracting markets. “We know how projects go together, and I think our clients appreciate that,” he says. “Being able to get into those markets would be great.”

By comparison, he says large international firms often staff projects with people who may not have the specific background the job requires, and some of the people might never have been on a job site. “They assign whoever is available at the time, and they may not have the experience of working in the role of an owner’s project manager,” he says.

As for the COVID-19 crisis, he says few people could’ve been prepared for that, but business hasn’t halted. 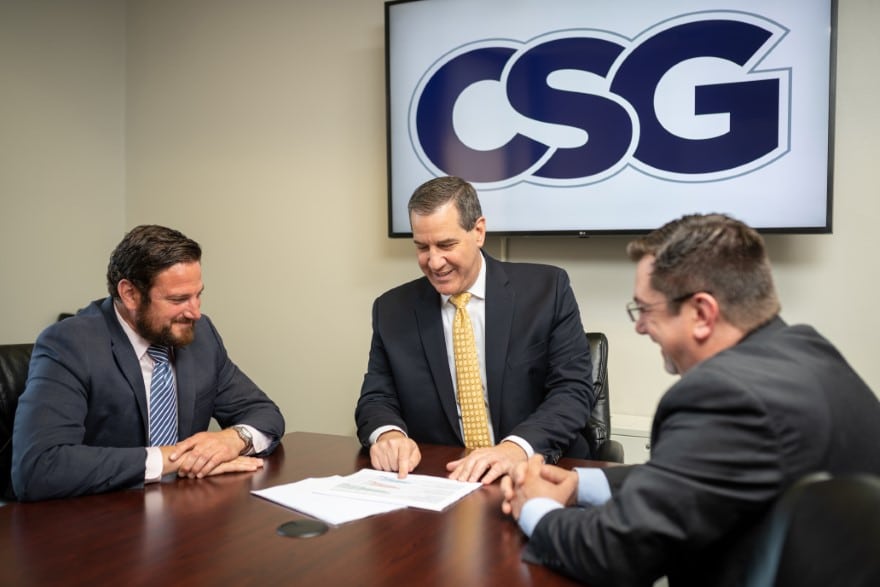 In fact, some projects have accelerated, particularly school projects that can press on without interruption because on-site classes are not in session. On the senior living side, one project is stalled because the client wants to see how things progress in the community before starting with any construction activities.

Giuliano says he sees himself taking a step back from the day-to-day, on-site work that he’s grown accustomed to throughout his career. He’d like to hire additional project managers so he could devote his entire focus to running the company. This would allow him to concentrate on company growth and further its expansion into Rhode Island and other states.

“We’re looking ahead, putting strategic plans in place to continue to grow and diversify our business in the coming years,” Giuliano adds. 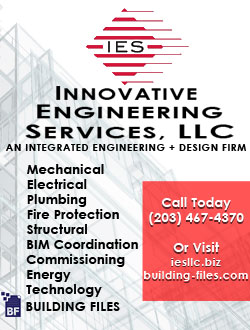 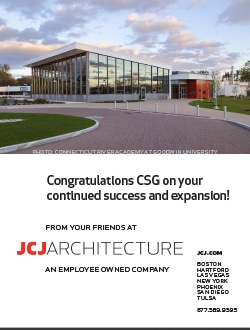