Laying a foundation of trust

Once completed in the fall of 2020, the 275,000-square-foot Catalyst Development building—located in the heart of downtown Kalamazoo, Michigan—will stand as a towering testament to the city’s recent resurgence.

Known as CD-12, the seven-story multi-use structure of concrete, brick and glass, will strike a deft balance between modernity and the region’s industrial past. The building’s internal layout is starting to take shape, too: 45 apartment units, four Class-A office suites (housing everything from nonprofits to law firms) and a multi-level parking garage to accommodate tenants and guests.

But for all the space’s eye-catching amenities—gorgeous lighting, vibrant common spaces, an outdoor gathering area perfect for summer lunches—some of its most impressive features might elude the untrained eye.

“From a risk and safety perspective, CD-12 proves what’s possible when collaboration is put front and center,” says Jim Feltch, president and CEO of CSM Group, the construction manager of the project. “It’s not just showcasing our abilities as a company; it’s showcasing how we work with others to build something great and lasting.”

Having partnered with the company on a number of high-profile projects in and around Kalamazoo, Catalyst Development chose CSM Group to deliver high-level safety and expert project management. Led by project director Brian Beaver, CSM Group’s first task involved testing soil from throughout the 1.3-acre site—both to gauge the presence of potential contaminants such as lead and mercury, and ensure the soundness of the structure’s foundation.

According to Feltch, the measure resulted in significant savings for the client; proactive mitigation allowed potential issues to be identified and corrected before they impacted the schedule.

“Soil testing before construction is the first and most important step,” Beaver said. “Understanding the geotechnical investigation of the soil helps us make better decisions throughout the construction process and helps to expose hidden dangers that may impact the schedule in the future.”

Shortly after breaking ground on the building—a post-tensioned, cast-in-place concrete structure that will include 17,000 cubic yards of concrete and over two million pounds of reinforcing steel—CSM Group moved to establish a committee to oversee all safety issues related to the site. That might not sound especially noteworthy, but according to Feltch, the tack his company took was unique.

Rather than lead safety efforts unilaterally, Beaver and his team chose instead to involve representatives from every skilled trade being used on the project: masons, excavators, structural engineers, electricians and the like.

By taking a collaborative approach to creating job safety analyses (JSAs) and safe plans of action (SPAs), in addition to conducting twice-monthly progress meetings, Beaver says it’s been much easier to establish uniform safety measures throughout the project.

“Our on-site safety committee has created an environment where all project team members feel physically and psychologically safe,” Beaver said. “Not only that, but it has empowered others on-site to lead with safety and speak up if they feel unsafe or see someone else performing an unsafe action.”

Suffice it to say, the effort paid off: Following a site audit by a third-party committee, CSM Group was nominated for—and won—the ABC Western Michigan Chapter Safety Award of Excellence in September of 2019.

On the same page

CD-12 isn’t the only headline-grabbing project on CSM Group’s docket. Back in March, the company was chosen to lead the construction of the five-story, 85,000-square-foot Bronson Cancer Pavilion (BCP), an outpatient facility that will include medical oncology, hematology and infusion services.

As with CD-12, CSM Group’s efforts have been focused first and foremost on collaboration. With the help of representatives from the Michigan Occupational Safety and Health Administration’s (MIOSHA) education and training division, the company signed a Level 2 partnership agreement to achieve the goal of zero injuries—a goal Feltch says is central to the company’s core mission.

“We’ve been working with Bronson Healthcare Group (BHG) for 35 years and our goal has always been to be proactive,” Feltch explains. “This is an example of that—getting everyone on the same page so we can complete the project as efficiently and safely as possible. We want to make sure that everyone goes home the way that they came to work.”

Concurrent to its work on the Cancer Pavilion, CSM Group has been involved in BHG’s other big project: the 58,000-square-foot Bronson Laboratory. Slated for completion in June of 2020, the two-story facility—part of the existing Bronson Methodist Hospital—will service patients from seven nearby counties. 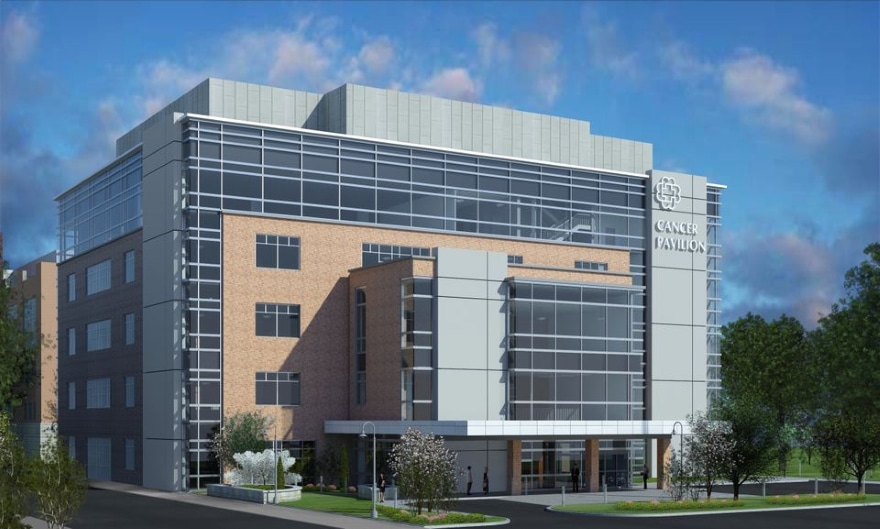 Unlike CD-12 and BCP, however (both of which are new builds), Bronson Laboratory presents a different challenge entirely: demolishing 80 percent of a nearly century-old structure and rebuilding it to be state of the art.

Built in 1925 by famed modernist architect Albert E. Kahn, the building—which once housed the Kalamazoo Gazette—posed plenty of challenges for Feltch and his team. Chief among them: creating a space that met safety requirements without demolishing the site’s unique history.

While CSM Group managed to maintain some of the structure’s original features—limestone walls that had been embellished by hand, multi-story clear-span glass and multiple interior architectural elements—certain safety features had to be incorporated: adding new tie-in points, vibro-compaction monitoring of surrounding buildings, and so on.

“Only a few of Kahn’s buildings still stand in Michigan, so we wanted to keep as much as we could,” Feltch says. “We worked very closely with Bronson, the city’s Historic District Commission and local officials to really make sure we were paying homage to the legacy of the building.”

A matter of trust

Aside from CSM Group’s longstanding relationships with Catalyst and Bronson (and the steadfast emphasis on safety), Feltch says that what unites the trio of projects is the “shared trust” underlying them all. 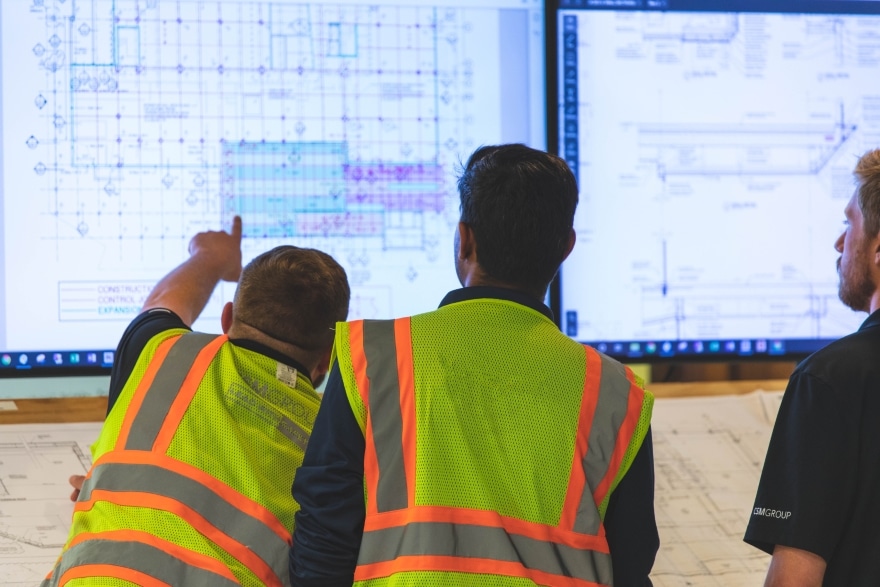 Not only do MSAs simplify the contract negotiation process; they significantly reduce the chance of a project being derailed by time delays or cost escalations—or worse, discrepancies and disagreements. Say, whether or not a building’s windows should be EnergyStar certified.

More broadly, MSAs allow Feltch and his team to be more proactive by laying out specific requirements all at once, rather than sequentially. That, Feltch says, helps engender more trust between stakeholders.

“We’re a company built on relationships, and we’ve been able to endure great changes and pursue great opportunities because of those relationships,” Feltch says. “We want to lead, and we see ourselves as leaders. But we see ourselves as partners first and foremost. No one wants to reach the mountaintop just to stand there by themselves. Our goal is to take the whole team to the top.” 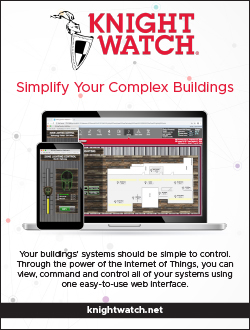 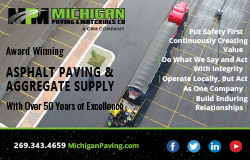 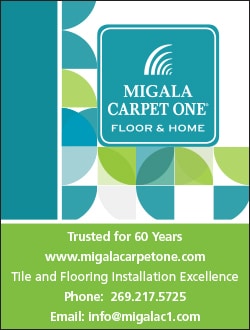 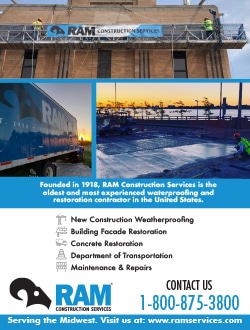 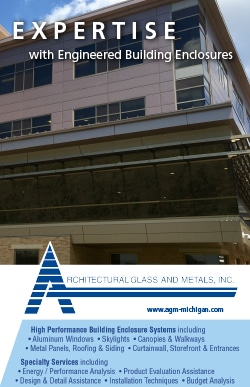 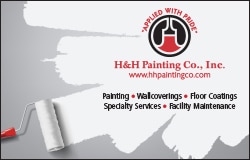