You’re zipping along the road, making great time, and there it is—the flashing sign warning of road work up ahead. Now the trip is one of blinking brake lights, glaring spotlights and maybe the acrid smell of fresh asphalt.

But be thankful for those delays, says Jim Babcock. Those are the signs of safety. 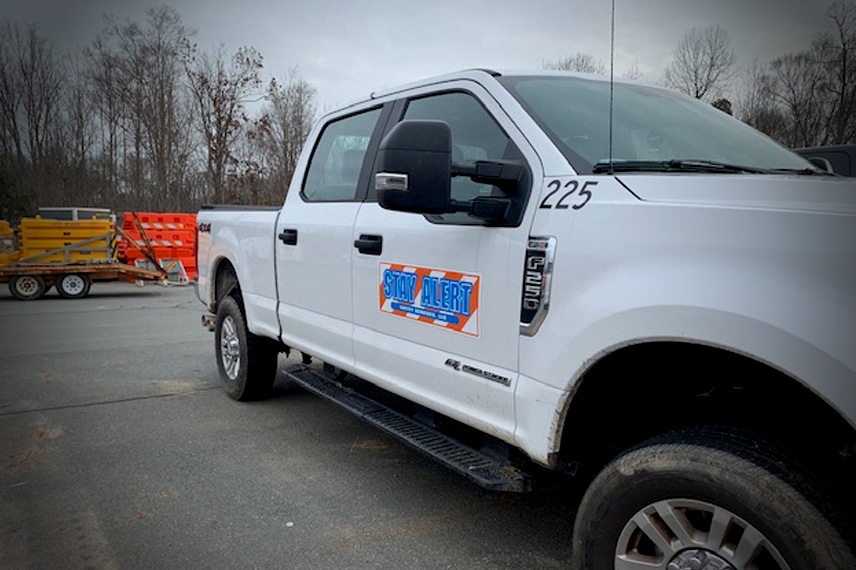 As president and CEO of Stay Alert Safety Services, he and his staff equip contractors for work zone traffic control.

“Most of us came from the industry and we have a passion for it,” Babcock says. “When we do get new people, we get the men and women who are smart people. They may not like school, but they like to go out and do their jobs without anyone breathing down their neck.”

Founded in 2002 in Kernersville, North Carolina, Stay Alert provides the personnel and equipment needed to warn drivers and divert traffic from construction zones. It also rents and sells traffic control materials and supplies.

“All the orange equipment you see out there during the road construction process—we handle it,” Babcock says. “It’s a niche market; there are only so many drums and message boards.” 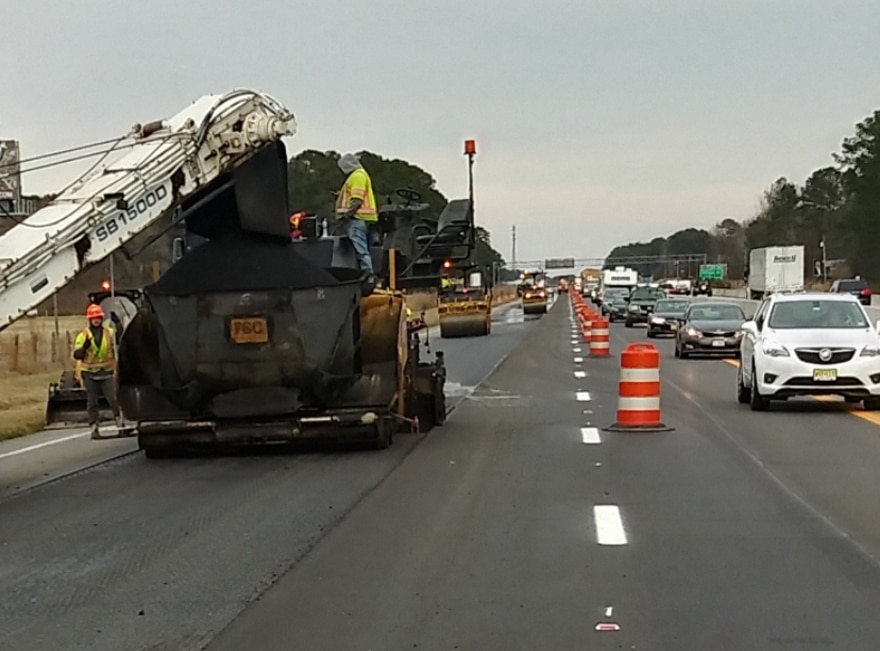 Those drums and message boards have been quite visible on interstates 40 and 95 of late, as Stay Alert secures construction areas for paving, widening and bridge work with state-of-the-art technology.

“The system shows real time traffic flow data which updates frequently and during traffic backups,” he explains “The system can give wait times or options of alternate routes for the motorist.”

Protecting a construction zone used to be handled by contractors themselves, but Babcock says once he showed them how much time and labor was diverted from pouring asphalt to setting up cones and barricades, Stay Alert became a valued subcontractor.

Staying in their lane

Stay Alert does not bid on highway and road construction jobs listed by state, county or municipal public works or highway departments. Instead, they work directly with the contractors who win the bids, who they know from previous projects. It’s a simple approach that ensures plenty of work—and at all hours. 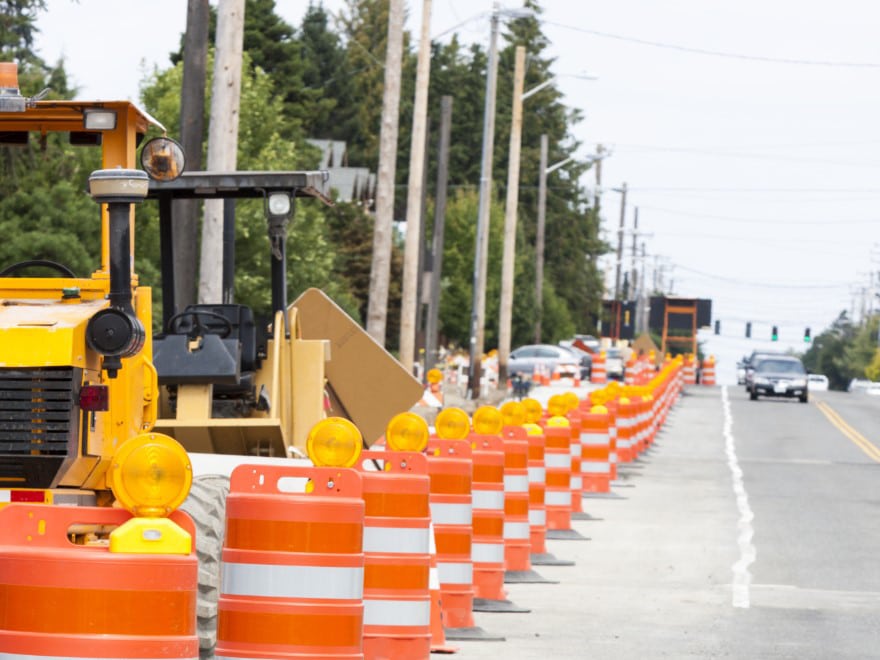 Road work at night is an industry custom because reduced traffic flow reduces some safety risks. Babcock says Stay Alert also responds to emergency situations where roads have been closed.

Whether on a multi-lane interstate or a winding rural road, working for Stay Alert is not for the faint of heart, Babcock cautions.

“Every roadway, regardless of where, is dangerous,” he says. “There may not be more than three cars coming in an hour, but you never know. And there’s not always a lot of shoulder room. If you get hit at 70 mph or 35 mph, your body is not going to know the difference.”

Babcock speaks from experience, having been hit and dragged by a truck while working in Michigan, in an accident that killed a good friend. He was out of work for a couple of weeks and had another close call just after returning to work.

“I don’t turn my back to traffic and I’m cognizant of it at all times,” he says of being on work sites.

Some good news in the industry are safety advances. Digital displays warn of lane closures and display delay times and detour routes. Speed limit signs get snapshots of speeding vehicles so drivers can be cited. The signs and barrels marking a site are embedded with glass, making them much more reflective and visible to drivers. 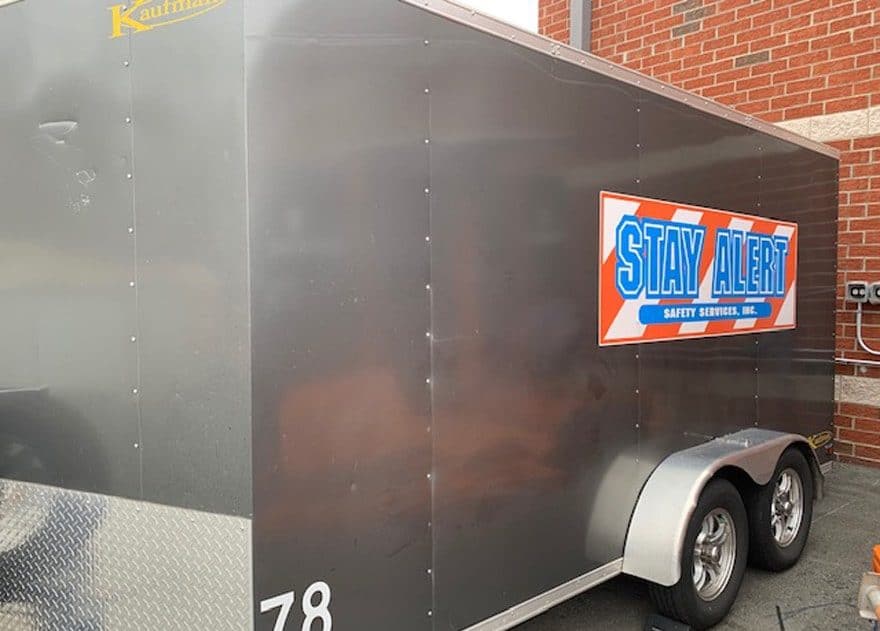 While establishing himself as the face of Stay Alert, Babcock also expects his field supervisors and crew to work independently. Decisions on placing signs and barrels are theirs to make after consulting with foremen and DOT officials on-site.

“There are x factors involved,” he says. “Our guys have to make assessments out there. There are specifications, but if they need to move a sign back or a taper on a lane closure, they will. You have to, because people may see a sign for lane closure, but they won’t believe it until they get up on the drums.”

Babcock has been up on the drums for much of his life.

“I started by digging sandbags, building barricades and cleaning bathrooms. I worked my way on to the road crews,” Babcock recalls of working for his older brother’s business while in high school.

A native of Grand Rapids, Michigan, he started working in his teens and was a three-sport athlete in high school, playing football, basketball and tennis. He stayed local to earn his degree in industrial and operations engineering from the University of Michigan in 1989. 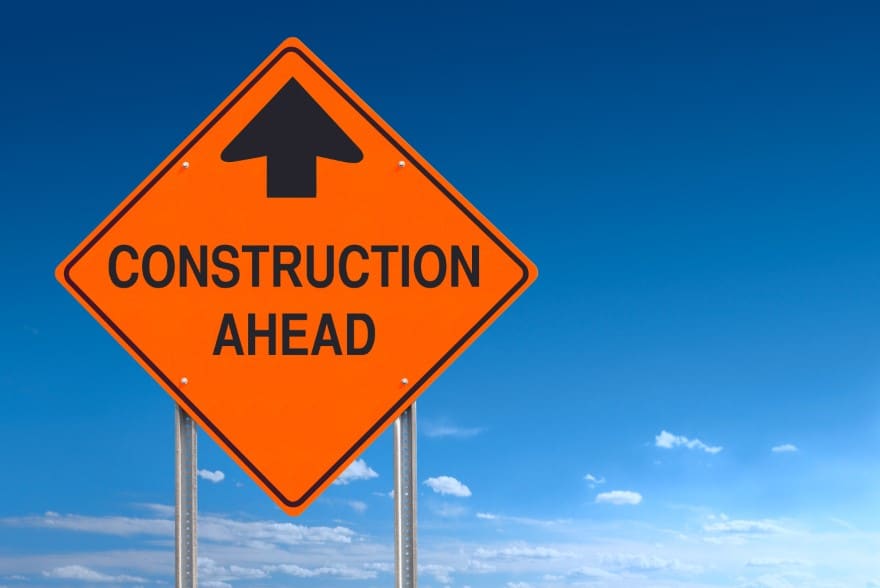 A job selling and installing industrial flooring took him to Los Angeles, where he earned an MBA from the USC – Marshall School of Business in 1996.

But the lure of the open road remained, and in 1999 Babcock moved east to work back in the industry at Protection Services Inc. in North Carolina. He had become the company’s general manager before founding Stay Alert.

A father of two sons who work for him in the summer, Babcock lives in Greensboro, where he and his wife also enjoy playing tennis, traveling and attending shows and concerts.

He’s not certain if his sons will follow his career path; it’s not a road for everyone.

“I’ve thoroughly enjoyed it. I’ve felt like I had a purpose and a passion. But you have to like to be independent, responsible and accountable. You sense that right away with the people we hire.” 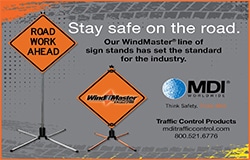