How many facilities directors are greeted by students with a hug and kind words? Jerry Wood can’t say but he knows he’s one of the lucky few.

Of course, Wood, who directs facilities for the Vail Unified School District in Tucson, Arizona, also taught these students and served as their principal. In December 2017, Wood, then the principal of the district’s Esmond Station K-8 School, changed careers and became the district’s facilities director. It was a move suggested by his predecessor, Al Flores. 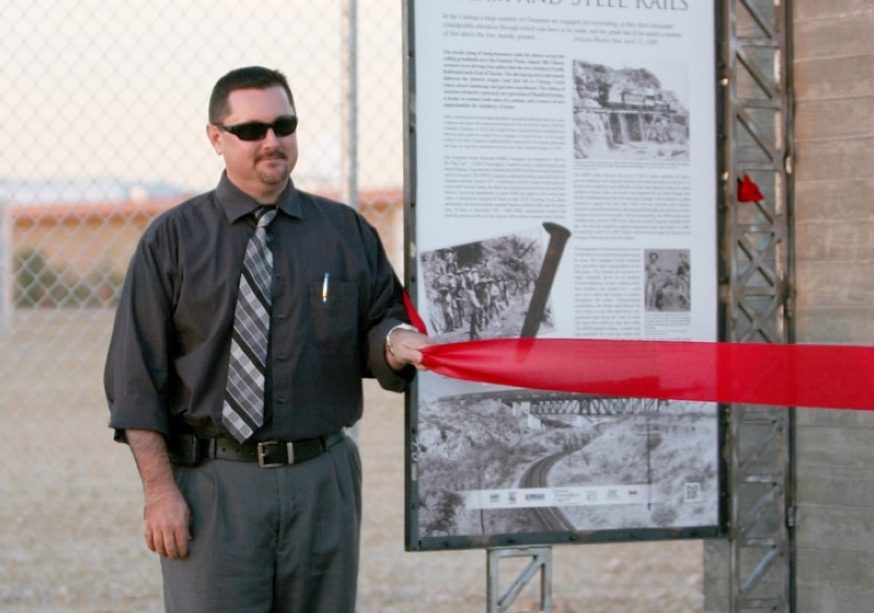 “It was very enticing, but bittersweet because I just started creating a community in and of itself at Esmond Station, and it would be tough to leave,” Wood says.

However, it was also Wood’s chance to guide new construction in a growing district from the perspective of an educator. Plus, he would be able to continue building relationships with the public, staff, students, administrators, architects and contractors.

“My approach to everything is team oriented,” Wood says. “I value everyone’s perspectives, needs and wants for facility and culture that they’re trying to present at our schools.”

Located in Tucson and Vail, an unincorporated suburb on the city’s southeastern boundary, the Vail Unified School District is approaching 120 years old. It began as a one-room schoolhouse and has since grown to 22 schools with about 15,000 students and 1,900 employees.

The growth has been significant in the past decade as Tucson grows, too. For instance, Wood was the inaugural principal at Esmond Station when its first wing opened in 2014 (the second wing opened in 2016). In 2016, Copper Ridge Elementary School opened, alleviating overcrowding at nearby Sycamore Elementary School, which had an enrollment of 1,000 students and a capacity for 650. 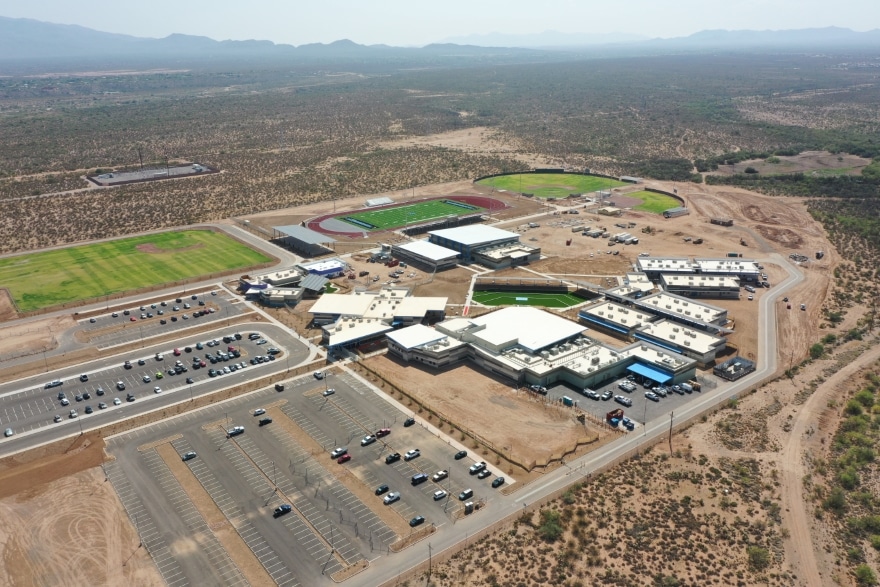 The district began planning the $60 million Mica Mountain High School just after Wood became facilities director. The new 190,000-square-foot high school would accommodate 1,200 students. A potential second construction phase could expand capacity to 2,000 students. With both phases, the aim is to grow without being cookie cutter.

“School districts with massive growth often find an approach and copy it,” Wood says. “That hasn’t happened in Vail. We build to our community needs.”

While Wood had practical knowledge about education, he was still learning from architects and contractors about how to build schools. And making Mica Mountain unique required community involvement.

Design concepts were refined in Mica Mountain High School Planning Committee meetings involving as many as 150 people. They split into 13 subcommittees that met throughout 2018 and reported back to the whole committee before concepts were adapted into plans.

The planning committee also asked architects from Swaim Associates to survey high school students about what they liked—and disliked—about the schools they attended to assist in planning. 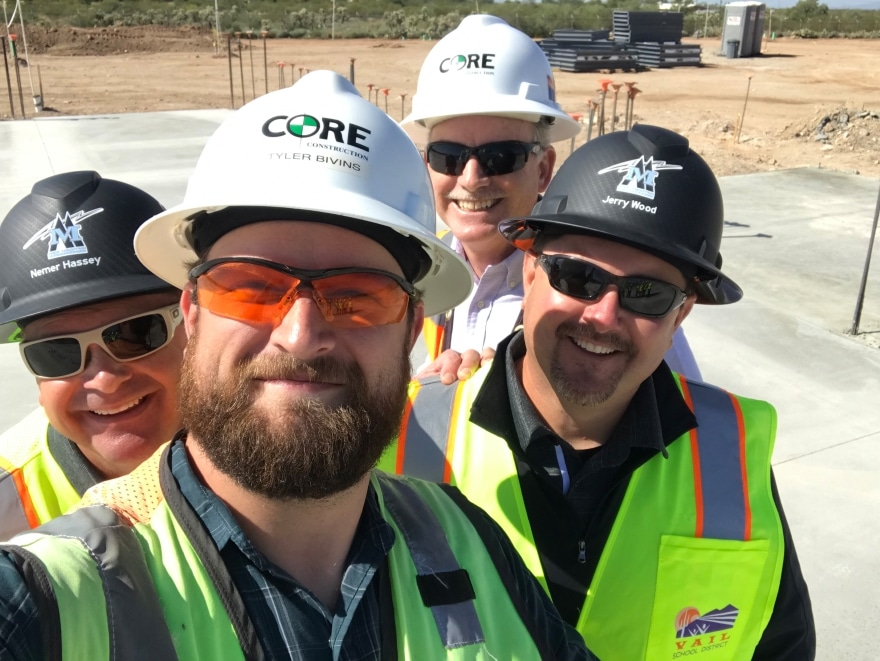 District voters approved a $61 million construction bond in November 2018. Wood says the district was working with an accelerated timetable and they were able to buy land from the state for the site in nine months. That typically takes two years.

Construction on Mica Mountain and the adjacent Vail Inclusive Preschool facility began in July 2019 with Core Construction and Concord General Contracting serving as co-contractors for the project. The collaboration worked especially well as the companies pooled subcontractors to help alleviate labor and materials shortage, Wood says.

Mica Mountain has a student union-type area that includes charging stations for devices. It’s a great place to gather and enables staff to supervise students better because of its visibility.

Like other Vail School District facilities, there aren’t any interior hallways—Tucson’s year-round climate allows for exterior walkways between classes. Its restrooms are built outside, too, with toilets separated by walls and the washing areas visible. The design provides privacy but also enables teachers and staff to monitor student behavior.

“We want to create spaces for students and the community that are open, inviting and safe,” Wood says.

Mica Mountain incorporates some basics in its design and layout that recognize changing needs for safety and energy efficiency. The interior space features classrooms that open to pods where students can collaborate on projects and learning, Wood says. 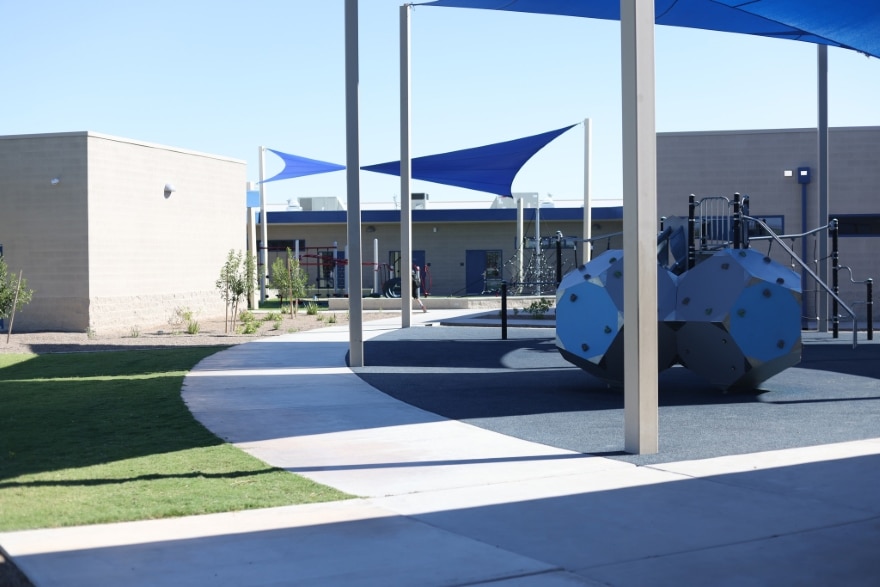 Wood says the front office was designed to provide better visibility of the campus and its approaches so it can be locked down quickly if needed. The doors to interior pods can be locked on both sides and Mica Mountain has 8-foot-high wrought iron fencing and gates to control access.

To promote energy efficiency, classrooms have their own HVAC automatic controls. When Mica Mountain opened in July, Wood says the HVAC systems were adjusted to circulate more fresh air and protect against the spread of airborne virus particles.

Helping create the distinctive, modern and safe environments is especially rewarding to Wood because he’s working in his hometown and because he can still interact with former students.

The Tucson native did go north to earn his bachelor’s degrees in special education and general education, and his master’s degree in educational leadership from Northern Arizona University in Flagstaff. 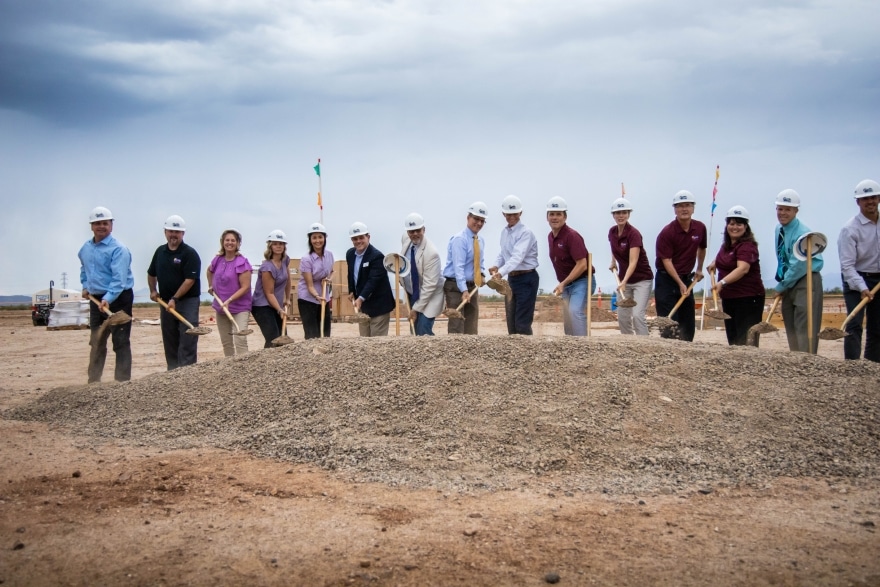 Wood’s been part of the Vail Unified School District for nearly 24 years. He started as a special education teacher, then taught fourth and fifth grades at Mesquite Elementary School. He was named principal at Acacia Elementary School in 2006 before becoming principal at Esmond Station in 2014.

“I’ve never done the same job twice,” he says. “But no matter what it is I’m doing, I want to bring a team approach to do what’s best for kids.” 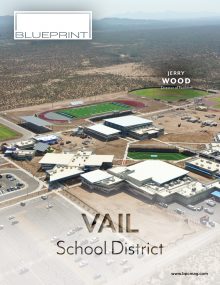 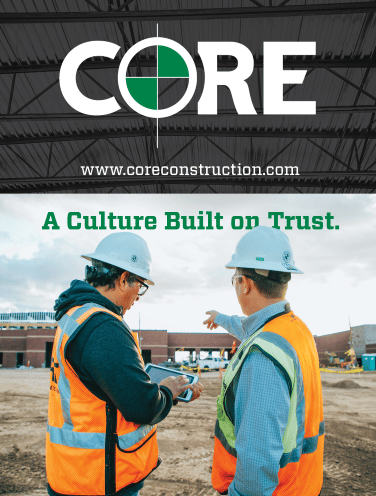 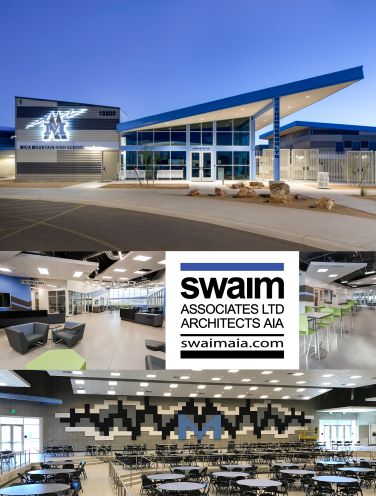