It’s not as if Jerry Nadeau’s work in the early and mid-2000s was not unique and wide-ranging. As manager of global project planning for Biogen, he directed capital projects and facilities master planning for the biotech firm as it developed therapies for neurological and neurodegenerative diseases.

It was rewarding, he says, working with an M&A transition team reviewing facilities as the growing company merged with Idec in 2003. However, it wasn’t until the new Biogen-Idec research headquarters was under construction in Cambridge, Massachusetts, that the importance of his work really struck Nadeau. “While the headquarters was getting built, I heard one of the contractors say, ‘I’m not a doctor, surgeon or researcher, but this is my way of helping someone with [multiple sclerosis],’” Nadeau recalls. “At that point, my work went from a job to being a mission.”

“Thrive is about saving lives by detecting cancer early when it can be more effectively treated,” Nadeau explains.

Thrive’s roots are found at Baltimore’s Johns Hopkins University, where PapGene was created in 2014 to develop genetic cytology technologies,  and include CancerSEEK, a liquid biopsy test still in development. It  measures DNA and proteins to screen for cancers including ovarian, pancreatic and liver. All can be fatal if not detected early. 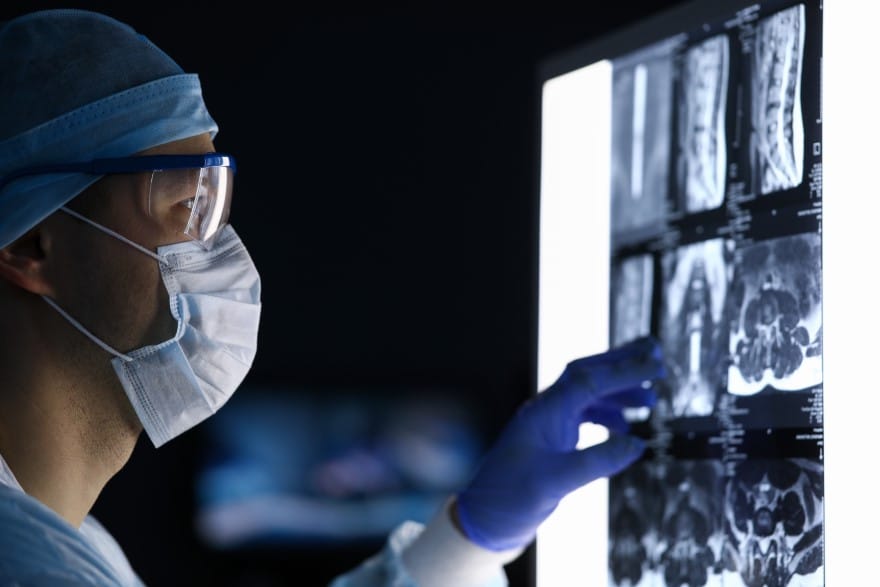 In May 2019, Thrive was launched using the technology licensed by JHU and $110 million of initial funding. Investors included BlueCross BlueShield Venture Partners, Section 32 and Casdin Capital.

In October 2020, Wisconsin-based Exact Sciences, an early investor in Thrive, acquired the company for $2.15 billion, linking CancerSEEK technology to a scientific platform, clinical organization and commercial infrastructure. The acquisition came two months after a second round of fundraising garnered $257 million of new investment in Thrive. 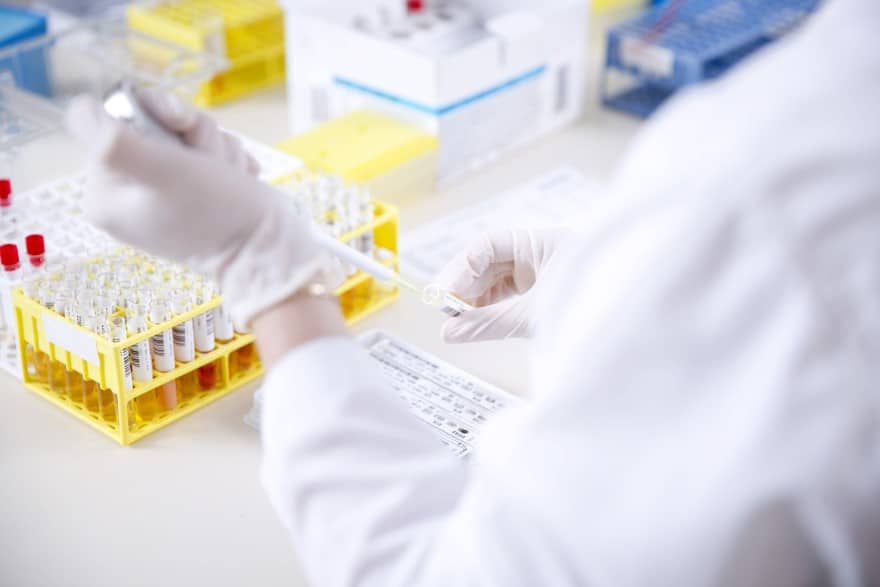 Nadeau joined Thrive in November 2019 as it was expanding its offices and labs in Baltimore, blocks from Johns Hopkins Hospital and the JHU School of Medicine. Thrive was also planning its new Cambridge headquarters in a biotech and pharma hub where Nadeau had built his career.

Thrive’s headquarters at Cambridge Crossing is a 50,000-square-foot space with 10,000 square feet of lab space on a 43-acre plot once known as NorthPoint. It quadruples the company’s Massachusetts working space and was scheduled to be completed in August.

While plans had been made before Nadeau joined Thrive, he fine-tuned them. It was also a project that reunited him with many familiar faces, including the Richmond Group as contractors, BR+A as consulting engineers and Lab Architecture Group as designers.

“Cambridge is a great hub for biotech and pharma as well as the contractors and engineers that do that kind of planning and construction work,” Nadeau says. “I was very familiar with available expertise.”

The new lab was unique in Nadeau’s experience, as it would be used for diagnostics rather than biological research or pharmaceutical manufacturing. Thrive labs need to be kept humid (more easily achieved in Baltimore than Cambridge), and require a lot of electricity to power the sequencing and process automation equipment.

No more than two months after ground was broken in January 2020, the COVID-19 pandemic shut down construction in Cambridge through the end of April. Though the shutdown delayed completing the new headquarters by about four weeks, into September 2020, Nadeau says a longer delay was averted in part because the Richmond Group had already stockpiled building materials.

When construction resumed, screening workers on-site and outside the building and mask rules created a new working environment, and office design was tweaked to meet safe distancing guidelines, but the lab itself was already designed to afford plenty of space. Now open, Nadeau says the Cambridge headquarters and lab is currently used by no more than 15 people at a time.

Meanwhile, in Charm City, expansion wrapped up in the spring. Thrive’s Baltimore staff continued to work during the project and neither research or construction was halted, but researchers began working in shifts to meet distancing requirements and tight production deadlines, he adds.

A native of the Blackstone Valley in Massachusetts, near where Rhode Island and Connecticut converge, Nadeau learned computer drafting while serving in the U.S. Air Force and Air National Guard. He also learned about construction management at Wentworth Institute of Technology, earning both an associate and a bachelor’s degree in 1999.

Not only did Biogen provide the perspective for his career in healthcare facilities planning and development, Nadeau also found a mentor there, Ed Dondero. They remain in touch, even though Nadeau left Biogen in 2009 to become associate director of facilities engineering and clinical supply at Acceleron Pharma in Cambridge. 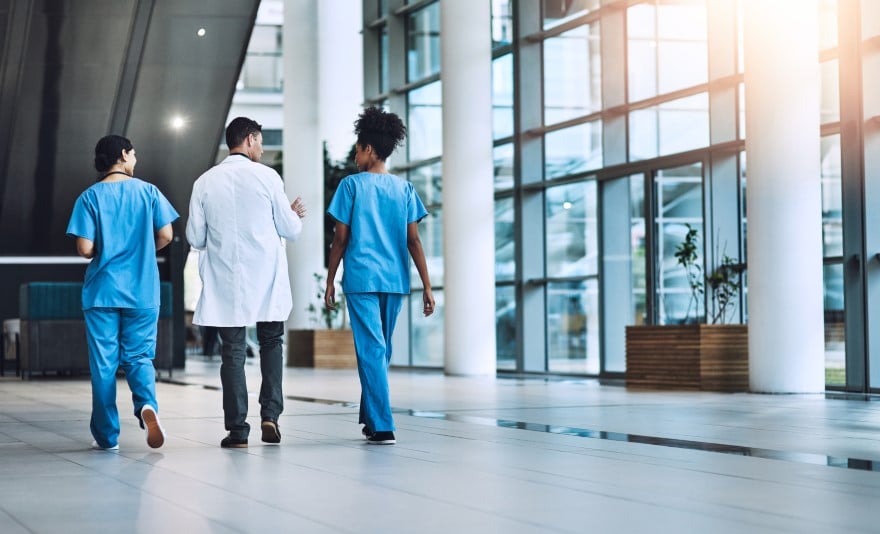 In January 2011, Nadeau became director of real estate and facilities at Aveo Pharmaceuticals, overseeing facility and lab operations for three buildings on a 250,000-square-foot campus before his next opportunity, in 2013, took him around the world as global head of facilities operations for Novartis.

He shifted in 2015 to become head of facilities services for North America and held that role for the Americas region at the time he joined Thrive in November 2019.

Helping a startup find its footings in new spaces has been exciting for Nadeau, but it’s what the startup does that’s made it most rewarding.

“I can’t convey enough that it’s about the people and it’s really a different avenue of health care,” he says.