Building a business through experience and leadership

Growing up, Jerry Baker remembers watching his father build houses for wealthy and famous people—magnificent structures that seemed more like castles than homes.

He wanted to follow in his father’s footsteps and worked with him for a few years while his career took shape. But Baker says that he had a broader vision—he was wired to build teams, not just buildings.

Now, as vice president of commercial construction for Moore’s Electrical and Mechanical in Virginia, he has the responsibility he was looking for—in a sustainable business with a record of success. 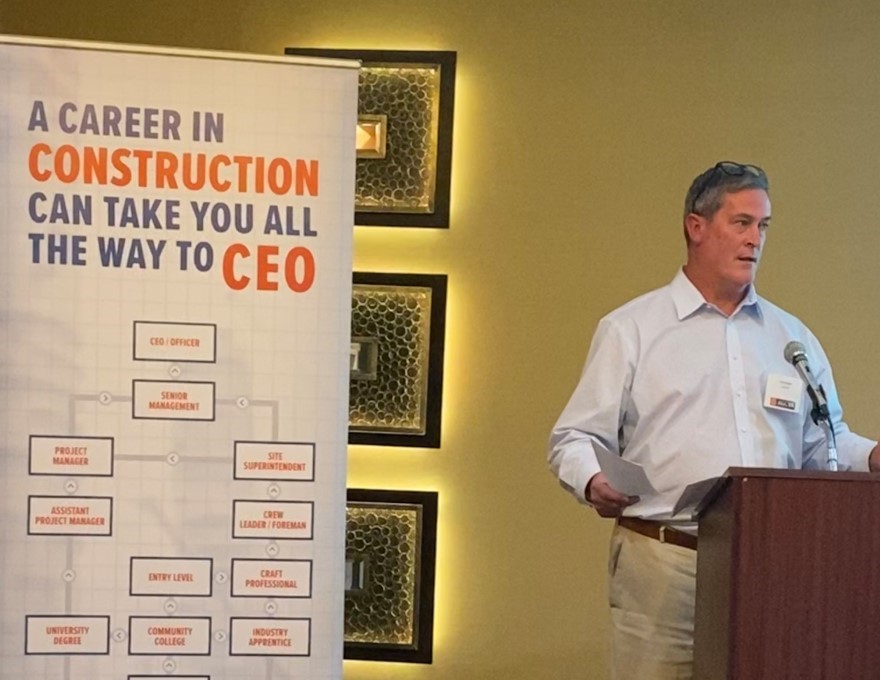 “I think I was the right fit at Moore’s because of my leadership and experience throughout the industry,” Baker says.

He worked under the radar and without a business card for the first several weeks on the job at Moore’s. Instead, he spent that time meeting as many of the 600-plus employees as he could, building relationships and learning the company’s makeup and culture.

Eventually, employees started asking him for advice, which he says helped shape his current role.

“I describe my role as being everyone’s assistant,” he says. “My job is to show up every day and help people reach their potential.”

Solving a problem by building a culture

Baker’s first real task for Moore’s had little to do with construction, electricity or mechanics. It was all about workplace culture.

Early in his tenure, his boss sent him to a branch office struggling with its workplace culture, to help everyone align with the company’s mission, vision and values. While everyone else was wondering why he was there, Baker had lunch with the branch manager—to learn the facility’s issues and develop rapport. 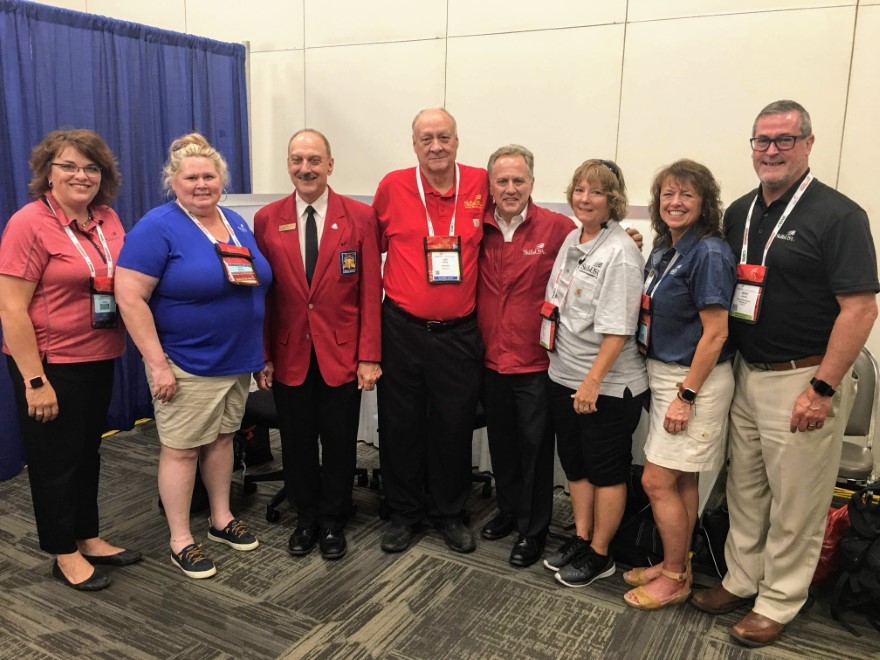 “I was there to help,” he says. “It was awkward at first, but eventually people got used to seeing me there.”

About six months into the assignment, a project manager asked him for advice and sent Baker to meet with a construction foreman. The foreman welcomed him to the team and Baker says that’s what led him to where he is today, because he recognized that he was a fellow tradesman and brought the same valuable field experience.

“Those interactions are what led to my current position, but really it’s a position where I have the opportunity to influence and support and help our people every day,” he says.

Construction during a pandemic

Supporting people is precisely what Baker’s done the last several months, as Moore’s—like businesses around the world—works to cope with the fallout from the COVID-19 pandemic. 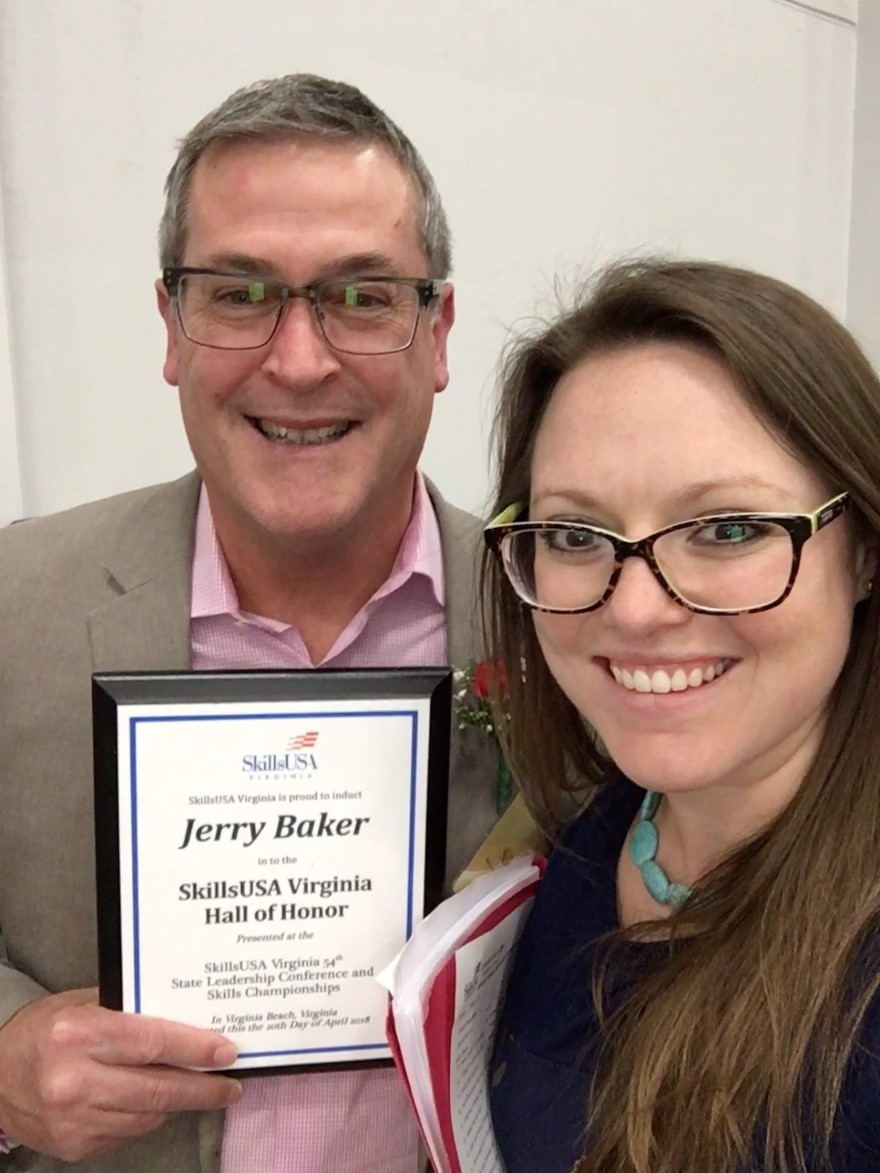 “I think we responded like every other construction company,” he says. “We quickly moved through a learn and educate phase and did it fairly well.”

Moore’s is a unique business, especially in the construction industry, Baker says, because the company is owned by its employees. Moore’s safety team worked through some initial challenges—mostly relating to a lack of personal protective equipment—and now has the company operating safely.

After getting through the initial challenges of temporary layoffs or having people on quarantine, Baker says the company made the decision to pivot and “not cry over spilled milk.” Several new jobs and projects have been added to the schedule, and he says the company is looking at bringing a lot of employees back.

“I believe we’ve done pretty well. We’ve stabilized and are getting back to normal,” Baker says. “The last month was the best month for revenue that our company’s ever done.”

The new normal in construction

Still, according to Baker, just because the company has soaring revenue doesn’t mean it’s ready to get back to the way things were before the pandemic.

In the past, Moore’s Richmond, Virginia, headquarters was used only for the company’s service team. Earlier this year, the facility was expanded to include the commercial construction employees, complete with an open-concept workspace that encourages collaboration. 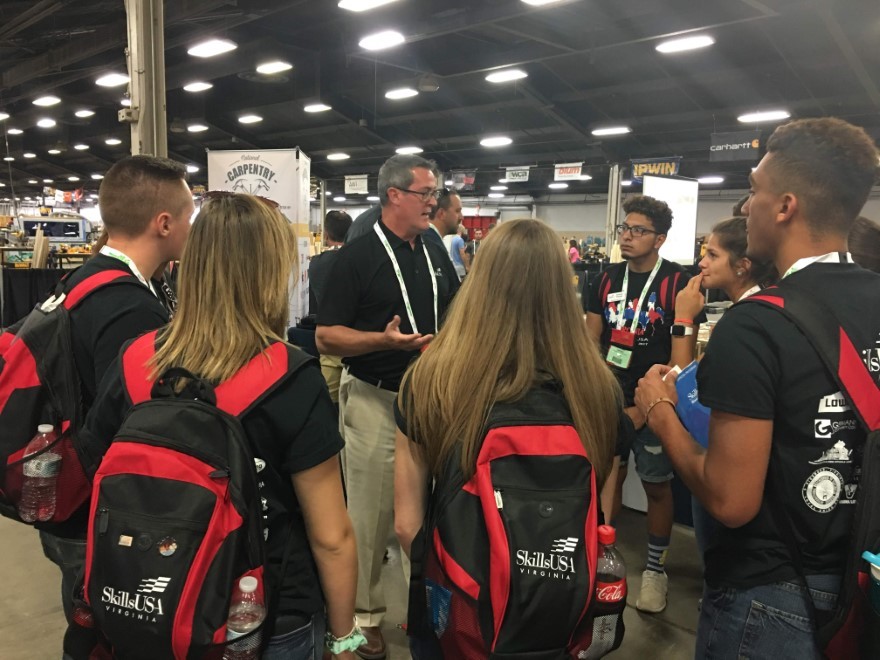 Working from home, and working from home effectively and efficiently, might seem strange for an industry that is so hands-on, Baker says. But since the company moved people out of the office, he’s noticed a change.

“Oddly enough, I think it’s taken a burden off of people and made things a little less stressful,” he says. “I’m excited about the opportunity for everyone to keep working from home and utilizing technology.”

The new normal in construction might also include a change in the types of projects Moore’s takes on. The company focuses a lot on the healthcare sector—an area Baker says is ripe for growth. 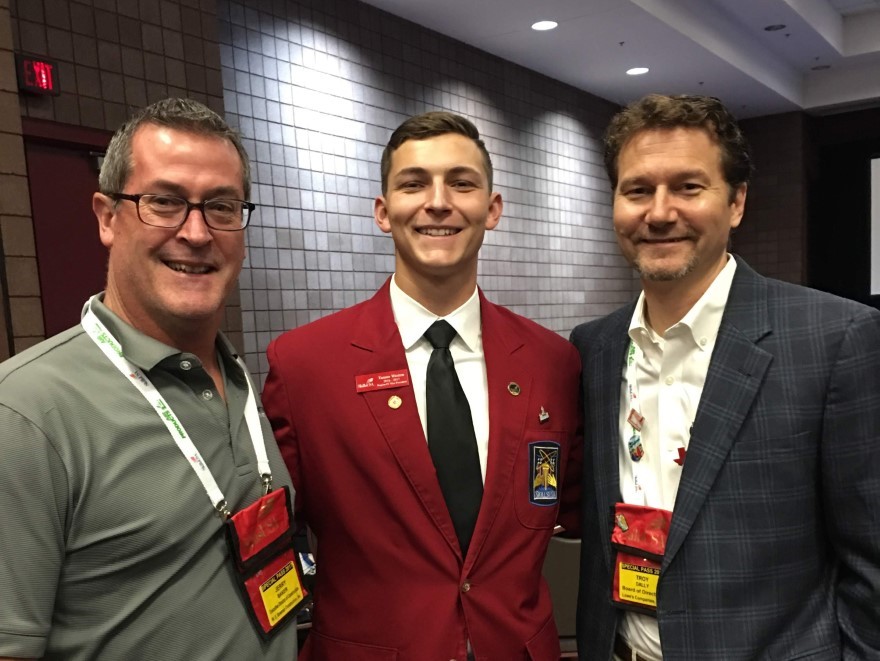 But in education—another of Moore’s specialties—some drastic changes are likely, including a shift from traditional classroom engagement to a more futuristic discipline of virtual learning and use of technology. There will be less need for classrooms and more focus on interactive spaces to serve athletics, the arts, science and hands-on learning, Baker says.

“I would assume that over time, the pandemic will have an impact on some of that type of work,” he says.

Higher education needs more reasons to bring people to their campuses, Baker says, and there’s no greater emotional connection a college student can have than the school’s teams.

Leaning on experience while leading

Being a vice president for a company with more than 650 employees comes with assumed powers and responsibility, and Baker says he regularly takes stock of his career to ensure he’s staying grounded and focused on the employees and the work.

“There’s so much value in life experience, whether it was my time as a hospitality director at Chick-Fil-A or at Shockey,” Baker says. “A lot of the stories I tell are about my mistakes, not my successes.” 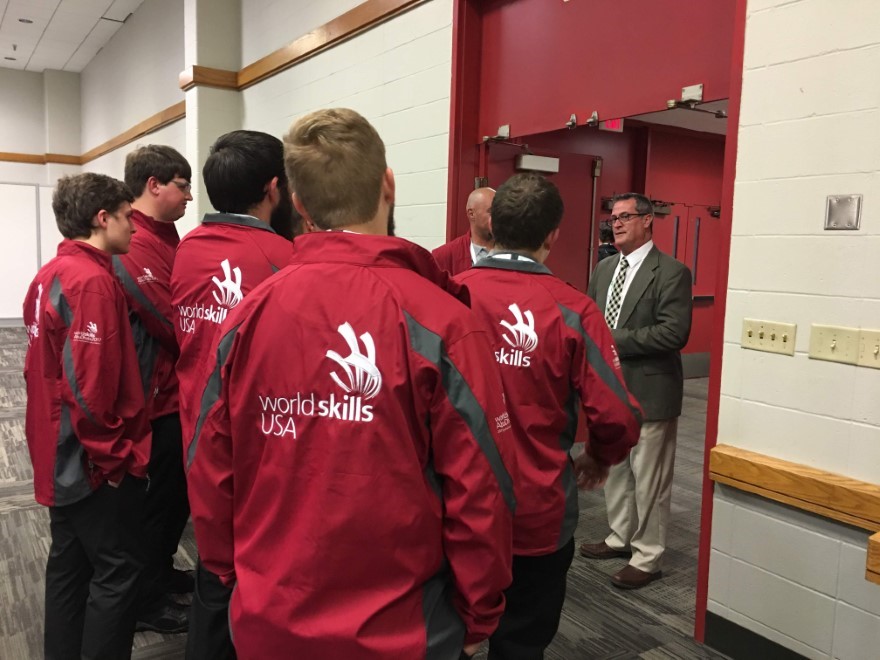 He says the stories help to coach his team and are rooted in his own experience, which helps the employees better understand the message.

For Baker, it’s about being vulnerable—willing to open up in any situation and show that, no matter the challenge, you’ll still be there in the end.

“It’s healing for them, and I’ve got to be that vulnerable to help people around me get to the next level,” Baker adds. “It’s not about the job or career. It’s about the person.” 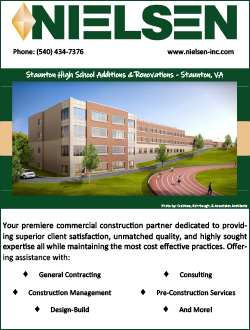 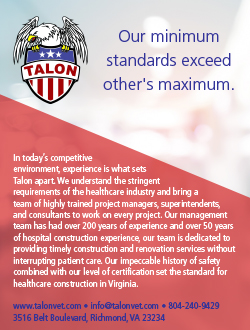