Hard to believe, but 13,000 years ago, Ohio’s landscape was dotted with mastodons, giant sloths and prehistoric lions moseying around what is now the shores of Lake Erie. 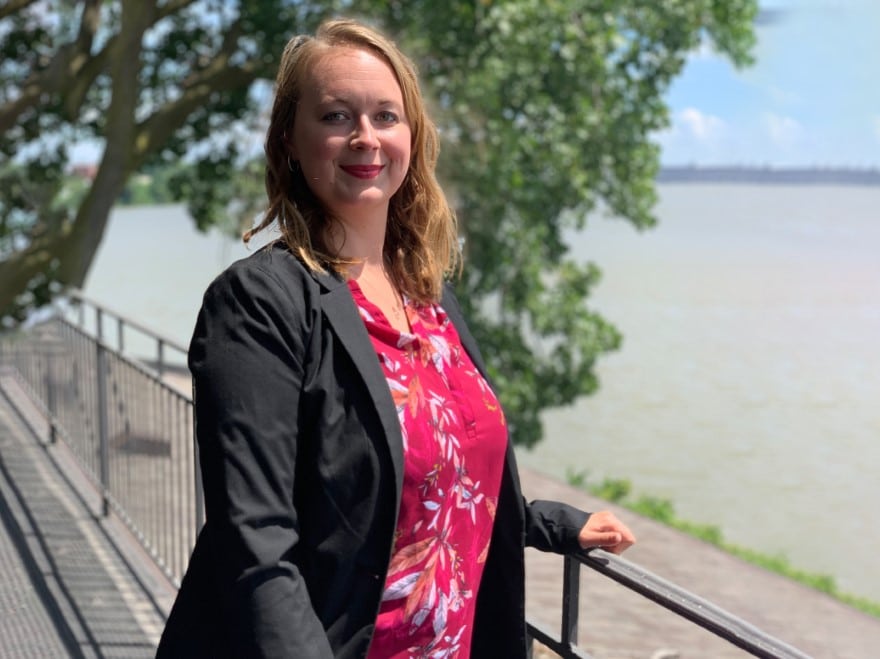 Toledo residents can now glimpse into that rare window of the world through Toledo Zoo’s ProMedica Museum of Natural History, says Jennifer Van Horn, the Toledo Zoo’s vice president of construction and planning. The facility opened in May 2019, capping an intensive four-year, $25million project to overhaul an existing 74,500-square-feet facility into a showcase for all things Ohio—from prehistoric times to the present day.

For Van Horn and the zoo team, it was a treat to work with a historically significant Works Progress Administration -era building constructed during the New Deal in 1935. The building had “good bones,” she says, and was reflective of an era of quality handcrafting. 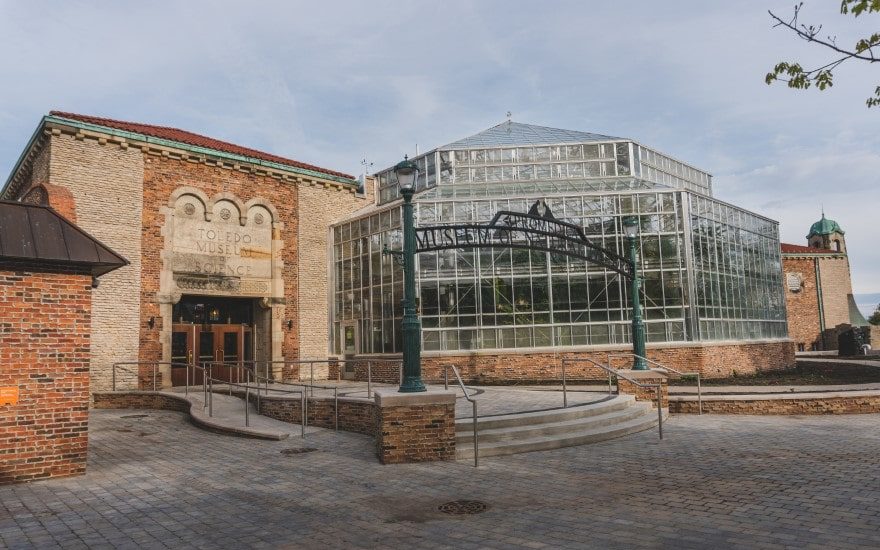 “It’s the perfect project because it’s connecting the state to the people who live and lived here,” Van Horn says. “The project also highlights the largest collection of WPA buildings in the country. Our project was geared to honor the work of those who came before us.”

Van Horn arrived at The Toledo Zoo and Aquarium in 2013 as the small projects manager and master planning coordinator and designer. At that time, the facilities team was finishing construction of the penguin exhibit. The new museum—which encompasses the entire older Museum of Science building—was proposed two years later as part of a 10-year plan envisioned by Toledo Zoo President and CEO Jeff Sailer. Renovation began in 2017. The project was designed to provide the public on an experiential tour of Ohio’s biodiversity. 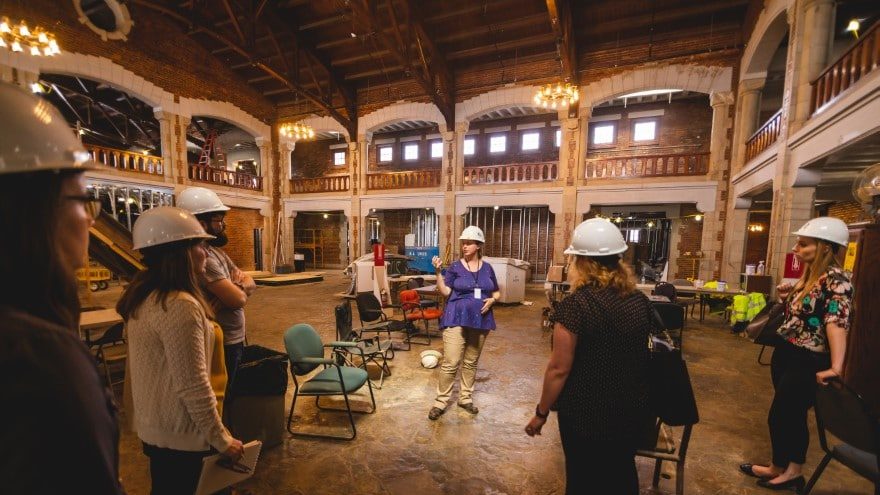 “The original building was underutilized and wasn’t handicapped accessible,” Van Horn says of the three-story space that includes a basement and two top floors. “The zoo wanted to explore the 1930s-era dioramas to offer people a participatory experience. Here you can see and hear the sounds of Ohio from day into nightscapes, and interact, or crawl under exhibits.”

Starting from the first floor, residents tour prehistoric Ohio and its current ecosystems, walking through habitats—including rivers and streams, oak forests and wetlands. Most people don’t know, for example, that Ohio once had lions.

“Our oak forest exploration is blown up 30 times by scale, giving you that ‘Honey I Shrunk the Kids’ sensation,” she says. “Visitors will see firsthand what’s growing in the soil and grass and the role that plays in the health of our environment.”

The second floor ties Ohio to species and habitats around the globe, with exhibits on snake venom and arthropods; an exhibit called “Nature in Hand” with hands on explorations of bones, pelts and taxidermy; and its Mazza Gallery, featuring illustrations in animal-themed children’s books.

While the Zoo was careful not to lose the history of the building, the team did add a two-story greenhouse, accessed from the first and second floors. Also installed during the renovation is the Wild Toledo prairie revitalization greenhouse on the back of the first floor with native grasses, bugs, grubs, monarch butterflies, snakes, turtles and bees. 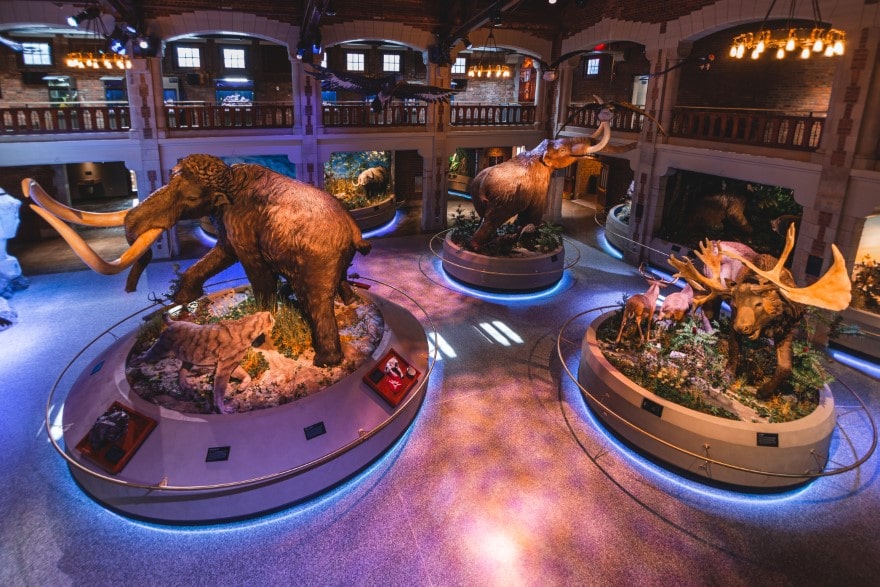 “The prairies act as the “kidneys” of our ecosystems,” explains Van Horn, who says visitors will be educated on how the grasses and living organisms “cleanse” the environment, while current-day development spawn algae blooms and pollution.

Along with the two stories of exhibit space, the zoo also built a 200-person rental space with a kitchen in the basement to host gatherings.

“After years of work, it’s amazing to see visitor and staff reactions to the new space,” she says.

As Van Horn, a student of architecture explains, the WPA produced buildings with handcrafted adornments like cobra heads on iron work, which the workers in the 1930s did purely for aesthetics. In Depression-era buildings, nothing was wasted. Bricks were reused from other buildings destroyed by fires.

“These were true craftsmen who took pride in their work,” says Van Horn. “Several contractors’ grandparents worked here back in the day.” 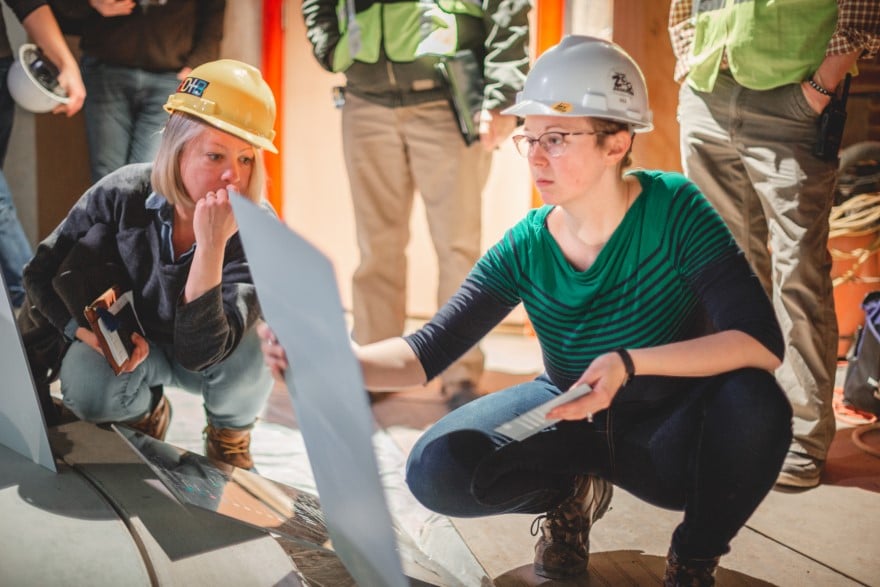 Although many walls were torn down internally, the focal point in the renovation was preservation. Inside, the handrails, bannisters and stained glass were preserved. Outside, the sandstone and limestone arches and metalwork were retained. When the carpets were removed, rare terrazzo flooring—made up of chips of marble and quartz that was poured in—was discovered. The zoo went to great lengths to match the original flooring, spending $10,000 in restoration work.

Another renovated feature is the “weeping mortar joints” whereby the mortar stylistically oozes out between the bricks of the exterior facade. Only a handful of craftspeople know the proper technique.

“What’s amazing is that our seasoned craftsmen are educating the younger tradespeople who haven’t seen this before,” says Van Horn. “They all care about our projects just as much as we do.”

Also rare in this field is a young mother donning a hardhat in a male-dominated construction profession.

Van Horn recalls being scheduled to do an on-site interview when the unexpected happened: her water broke, leaving her team to continue the project in her absence as she gave birth to daughter Mackenzie.

Van Horn was working on the museum project throughout her pregnancy—even making calls to contractors from her hospital bed. She couldn’t wait to show her daughter the exhibits going forward.

“I was so happy to bring my baby to opening day … but she screamed the whole time,” she says. 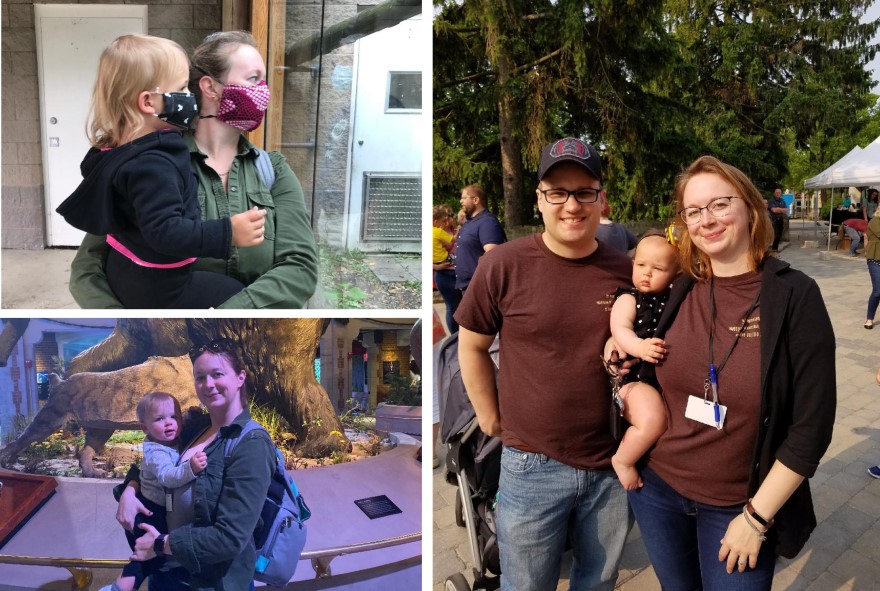 But it was a meaningful moment nonetheless, in a career in architecture she that captivated her interest since college. After gaining her high school diploma at the International School of Bangkok in 2007, Van Horn earned both her bachelor’s and master’s degrees in architecture at Miami University in 2010 and 2013.

“I never envisioned a career working construction at a zoo with a young daughter, but it’s the best job in the world,” she says. “I love everything I do, especially seeing it now through my daughter’s eyes.” 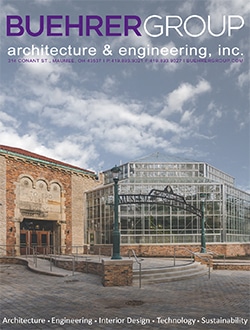