Railroad efficiency at end of the line

It’s the template for the Canadian Pacific’s expansion. There, near the robust Port of Vancouver, where around 150 million metric tons of goods comes and goes annually aboard container ships, the iconic railway is enhancing its means to deliver to and fro. 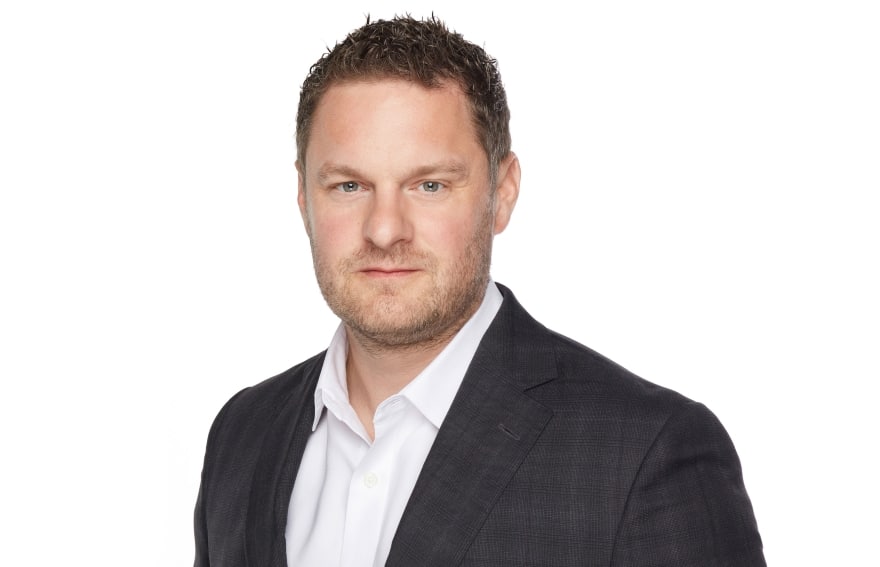 Nearby is another monument to CP’s progress: the Vancouver Automotive Compound. Opened 2019, the facility is capable of moving around 59,000 vehicles annually. It’s essentially a 19-acre parking lot with capacity to unload 36 multilevel auto racks per switch and 1,200 bays enhanced by technology that supports real-time inventory reporting. Then, there’s another nearby tract that, though now vacant, will also be used.

“The neat thing about these projects is they all were designed with the future in mind,” says Jeffrey Knight, CP’s managing director of real estate and development. “Our intermodal will grow, and that strategic mindset will benefit CP today and tomorrow.”

That tomorrow will be shared by other major cities along CP’s 12,500 miles of track in seven Canadian provinces and five U.S. states (more likely coming). CP owning vast real estate in strategic places, Knight talks excitedly about the possibilities the railroad will be able to offer to any entity in the business of moving or receiving freight.

In Greater Toronto, CP plans to optimize parcels ranging in size from 75 to 500 acres in the towns of Milton, Ayr, Vaughan and Agincourt. While Knight can’t discuss potential partnerships, he says many industries are looking to grow in Canada’s largest population center—Toronto area’s 5.6 million denizens exceeds Montreal by 2 million. 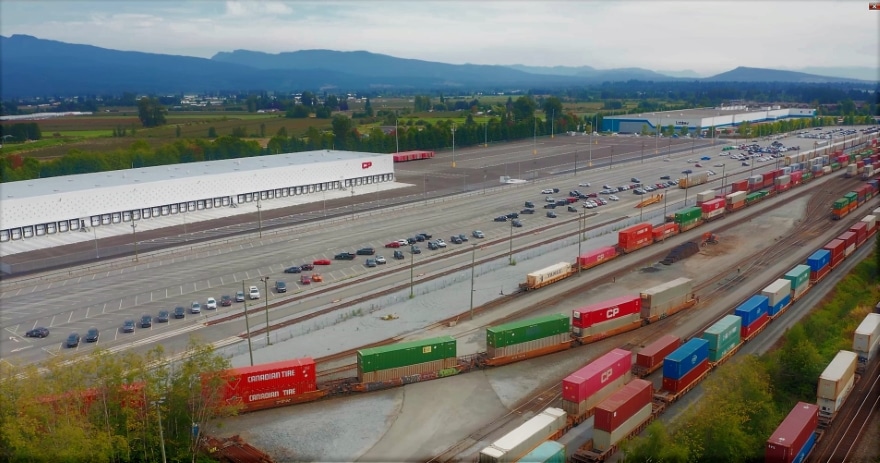 He’s been networking with companies, local economic councils and municipalities, extolling the benefits of connecting with CP. Those land parcels being largely undeveloped, he envisions CP assembling warehouses, depots and other facilities, forming long-term relationships with their many customers.

“The formula is working in Vancouver,” he tells Blueprint in June from his Calgary office. “We have this unique land profile that just cannot be replicated. We’ve got land in major metropolitan areas across our network that, whether it’s for terminal expansion or customer co-location, allows us to create unique solutions and synergies.”

Possibilities also await around 300 track miles of track to the northeast, where CP owns extensive land outside Montreal. The province of Quebec, like Ontario, being where much manufacturing is based, Knight says companies will have every incentive to make use of CP facilities. Projects also are in the works in Canada’s breadbasket provinces of Manitoba and Saskatchewan.

South of the border, CP is immersed in a tentative agreement to build an intermodal facility at Chicago’s Bensenville Yard, and Minnesota’s Twin Cities also factor in the railroad’s plans. And while Knight doesn’t want to get ahead of himself (or the regulatory process), he’s also excited about a proposed merger with the Kansas City Southern Railway. Pending approval of the U.S. Surface Transportation Board, the combined Canadian Pacific Kansas City Limited would comprise the only railroad serving Canada, the United States and Mexico.

While shareholders of both railways favor the merger, there still are details to satisfy. Whatever happens, Knight will have plenty to keep him preoccupied, as will the person who handles the real estate nitty-gritty.

Kalinka Ivanova is her name, as she is CP’s real estate director. Born in Bulgaria, she immerses in all negotiations, identifies and assesses the potential of underused properties and oversees the fine print of transactions. 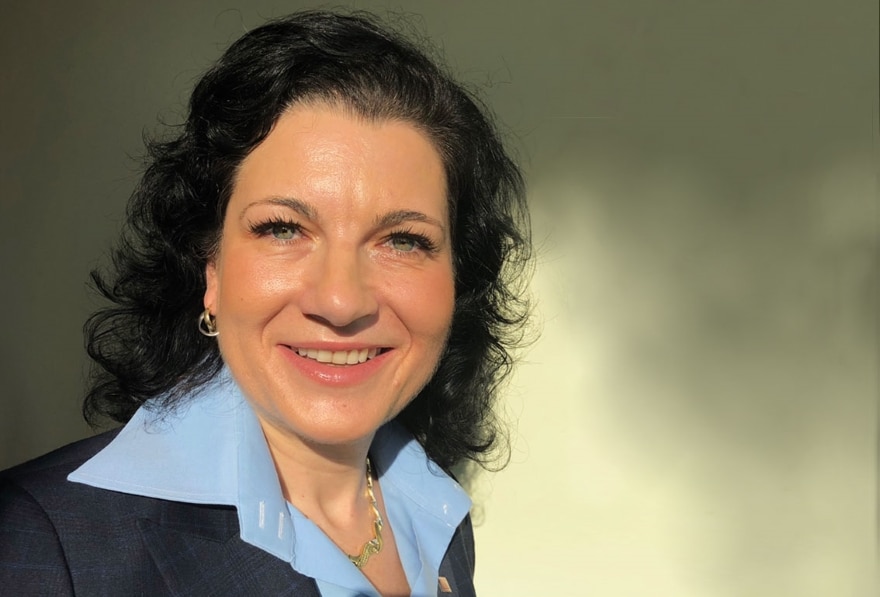 “What I like best about real estate is finding resolutions to complicated issues and multiple stakeholders and advancing it to a conclusion,” she says. “Land is a tangible asset that doesn’t go up and down like the stock market.”

And Knight’s passion remains to optimize and diversify what CP has been land-banking.

“I’m the type who likes to create something tangible instead of on paper,” says the man who gave up engineering for project management. “The actual execution of the project is more interesting than the design.”

He describes his role as seeing the big picture, sponsoring projects, owning the budget and retaining responsibility while entrusting the execution to delivery teams and general contractors. They’re the ones he credits for taking the Pacific Transload Express from concept to completion in 18 months. As long as CP owns the land and the host communities stand to benefit from industrial development, he says the process moves well.

“While trucking will always play a role in the supply chain, rail offers so many advantages for customers looking to reach the far corners of North America,” Knight says. “Rail is three to four times more fuel efficient than trucks on average, and can remove hundreds of trucks from our highways per train.” 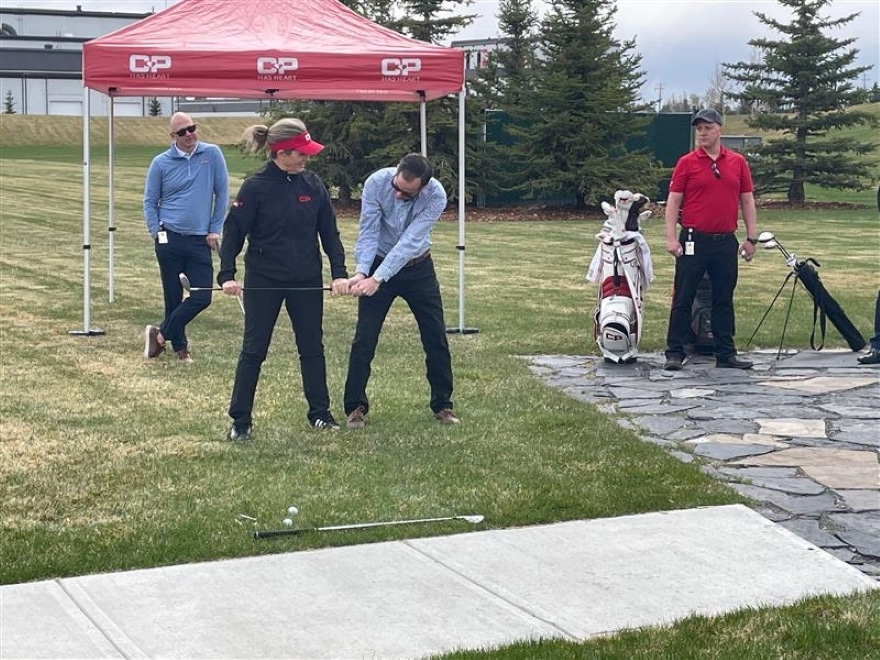 It’s great having a role in the process, he’s quick to add. Born in rural Saskatchewan, a couple hours from Saskatoon, Knight recalls the miles-long freights chugging across the prairie. But before he went aboard there were other jobs, all in Alberta.

After graduating from the University of Saskatchewan with a degree in civil engineering, he spent seven years managing projects with Slimdor Contracting Limited. After five years as construction engineer with ConocoPhillips before joining CP in 2017 as director of industrial development. Each job allowed him to grow—and in more ways than one.

“What I used to think was a broad perspective wasn’t even touching on something so key to the North American and global supply chains,” Knight says. “I kind of fell into what turned out to be my dream job.” 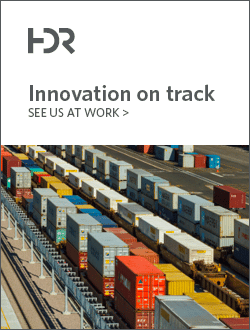