Someone’s in the kitchen with redesign expertise

As the adage goes, the kitchen is the heart of the home; the stronger and more steadily it beats, the healthier and happier the home.

“This is where you cook, entertain, do your homework,” says Jeff Toren. “The kitchen has evolved way beyond its original use.”

Since 2015, Toren has been among those behind that evolution, having opened seven Kitchen Tune-Up franchise territories, a showroom location, offices (and a warehouse) in the Greater Philadelphia area. He’s also launched five territories for the company’s sister operation, Bath Tune-Up. 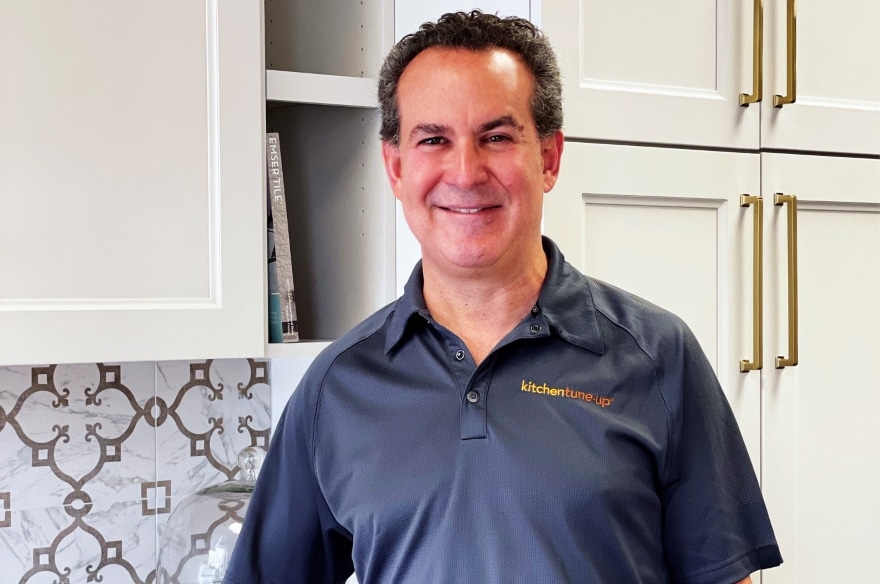 While it’s never inexpensive to remodel any part of the house, he says it needn’t be a budget buster or unduly time-consuming.

In fact, Toren says, prospective customers often assume they need to gut a kitchen to achieve a significant remodel – or to make the house attractive on the real estate market. They’ll see an elaborate layout and price the cabinets and conclude the cost is out of their range, when a more modest upgrade is all that’s really needed.

“We tell them we also do hybrid remodels,” he tells Blueprint in October from his office in Exton, Pennsylvania. “We can keep as much of the current kitchen in place and bring in new cabinets and get the job done cost-effectively and quicker. We’ve been doing a lot of kitchens that way—and bathrooms, too.”

At least in this part of Pennsylvania, Toren says the latest kitchen trend is the “Shaker” style: white or grey hues, open walls, one or more islands, with the layout enabling efficient (and sometimes hidden) storage of cooking utensils. As far as bathrooms go, hotel-like spas are in vogue, with automated plumbing options, steam and controlled showers, and more creative colors and tiles.

Whatever the project, it begins with the customer receiving a free consultation, an informational packet and access to a nearby showroom. The term “tunifying” comes up—which, as Toren explains, is as much about remodeling the homeowner’s expectations as the space itself. 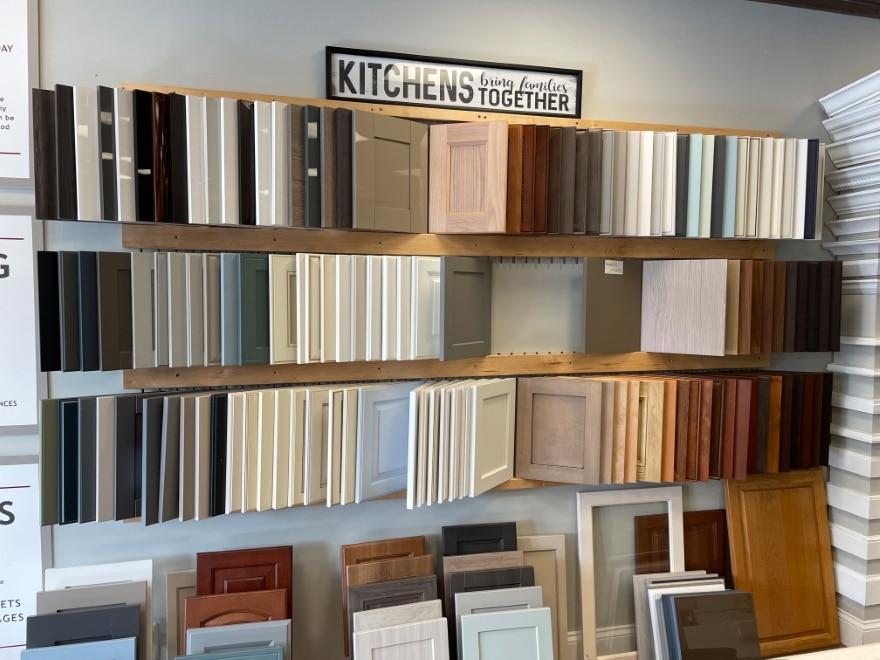 Wood cabinetry being prone to wear and tear, there’s an oil-based reconditioning process that can make it look new in just a day, with Toren arranging for a crew to revisit the home every two or three years. Should cabinet doors need replacing, there’s no shortage of options with raised, recessed or slab panels.

Basic jobs, such as cabinet painting and reconditioning, can be done in a day or two, while overhauls may take weeks and cost tens of thousands of dollars. The company does offer financing along with a warranty. Whatever the need, Toren assures there’s no hard sell.

“We love meeting the customer where they’re at,” he says. “A connective feel is a core attribute for us, and we pretty much have every option to remodel. I’m not aware of anyone who has the scope and breadth of what we do.”

While this is a franchise operation, Toren says it’s essentially a group of family-owned local businesses with the backing of a major brand. That support enabled strong sales during COVID-19, when other contractors struggled to keep up amid supply-chain shortages, he says.

“We were blessed because our parent (Home Franchise Concepts) is able to get new suppliers when others fall short,” he says. “They’re breadth and size put them in the front line in the supply chain. Through them, we also benefit from group volume pricing, technological expertise and marketing support.”

Each franchisee having a designated territory, nobody’s out to cannibalize. On the contrary, Toren says there’s collaboration among the franchisees.

While most of his business remains single-family homes, Toren has begun promoting his services to apartments and condominiums—and even to commercial properties. The worst of the pandemic now seemingly over, he’s upbeat about resuming what had been annual growth of 10-40 percent.

A personal touch helps sustain that growth, Toren noting how it’s natural for homeowners to be wary of contractors passing through their doors. Having had experience with contractors who wouldn’t return his own calls, he makes it a point to give customers his cell number. 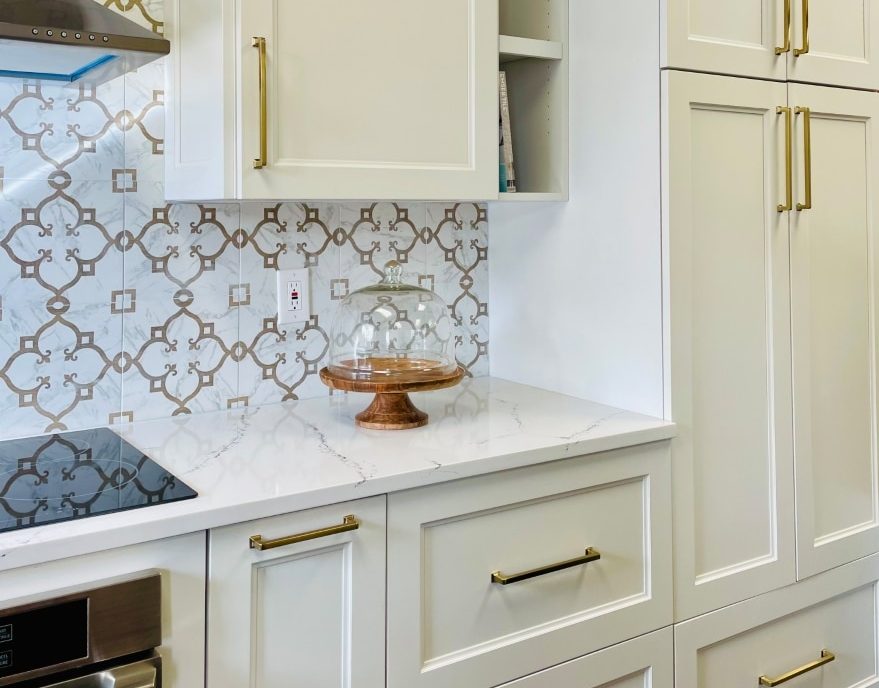 And while another adage holds that owning your own business means being the cheapest employee, Toren says he’s glad he got into Kitchen Tune-Up after his prior positions as a sales executive, most recently with Neocol Group from 2013 to 2015. But he credits that position, as well as others, with prepping him to be in charge.

For inspiration, he had his father, a successful entrepreneur who extolled the satisfaction of controlling one’s own fate. But having three school-aged children and a new wife, Toren wasn’t about to start from scratch. Instead, he looked at franchises with a proven business model, settling on Kitchen Tune-Up.

“For my wife and I, the kitchen’s our favorite place,” he says. “I thought it would be fun and satisfying to make someone else’s heart of home to be nicer.”

Reckoning he should learn the remodeling process from the floor up, Toren joined his crews for the first few months, honing his carpentry and acquiring other skills. He’d encourage others, particularly young people, to consider vocational education and to get good with their hands.

“I can always use some of them here,” he says. “But I control who I hire and would never hire anyone whom I wouldn’t want in my own kitchen.” 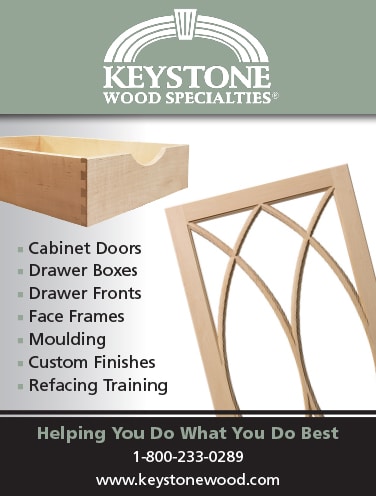