A neighborhood all its own

At first sight, the building doesn’t seem real. From certain angles it looks downright precarious, like a haphazard stack of magazines—if that stack were seven stories high and made of glass and steel.

It shouldn’t work, but it does. And to eye-popping effect: Owing to its hypermodern design, each floor twisting above the next by a few degrees, the new Rolex headquarters in Dallas, Texas, has garnered enough press coverage to create its own pile of paper.

Ask Jeff Smith, however, and he’ll tell you that for all the structure’s power and pull, the genius behind it runs much deeper than a glossy spread.

“It’s an incredibly sophisticated building from the inside out,” says Smith, senior director of project development for Harwood International. “When Rolex decided they wanted a more state-of-the-art headquarters, that’s what we gave them.”

Begun in early 2014, the project was a collaboration between Harwood and a team led by renowned Japanese architect Kengo Kuma. The goal, Smith says, was a space that created harmony between modern office amenities and features and design elements inspired by the natural world.

At the base of the building, a 22-foot-high stone wall provides a clever juxtaposition to the postmodern structure above. A glass-sided bridge brings employees and visitors to the entrance, above which the second floor—the building’s largest—doubles as a massive awning.

“We took a lot of inspiration from Japanese gardens, which our CEO, Gabriel Barbier-Mueller, has always been fascinated by,” explains Steven Chandler, Harwood’s senior project manager. “Water, stones, bridges and vegetation: These are essential elements in traditional Japanese gardens and serve as a visual expression of Japanese aesthetics and philosophy.” 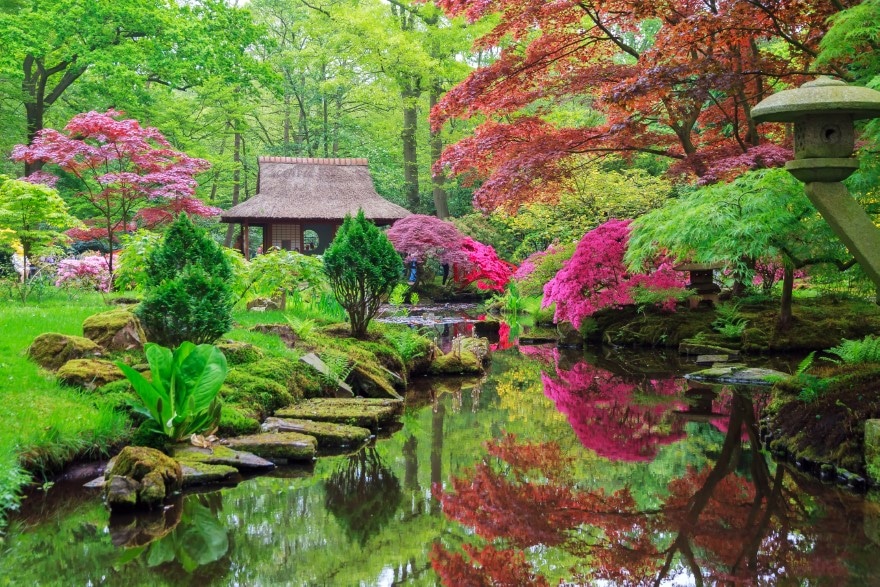 That emphasis on the natural environment figures prominently throughout the space. While most of the eight floors are dedicated to a mix off offices and labs, each includes narrow terrace gardens just outside the windows, featuring native plants such as Texas sedge, blue liriope and creeping juniper.

In addition, the seventh-floor penthouse is capped with an expansive, plant-laden rooftop terrace for employee gatherings, surrounded by over 20 feet of windowed façade.

Inside the building, however, cutting-edge tech is raising just as many eyebrows. From state-of-the-art climate control and mechanical systems to hermetically sealed rooms designed to keep out even the tiniest specks of dust, Rolex’s labs were designed to spur the iconic company’s next phase of research and development.

“The building is more than just uniquely designed; it needed to meet a lot of strict requirements set out by Rolex,” Chandler says. “A lot of these elements had to be meticulously mapped out and carefully incorporated.”

Now known as the Harwood District, the 19-block, 11 million-square-foot corridor began with the construction of the original Rolex headquarters in 1984. Since then, the company has spearheaded ten high-rise developments, including the new Rolex building (Harwood No. 8).

Smith was also intimately involved in the conception and execution of the company’s most recent project: Harwood No. 10.

The building is now open and features 221,000 square feet of Class AA offices and—on the street level—14,000 square feet of retail and restaurant space, complete with adjacent gardens and plenty of outdoor seating. All are encased within 22 stories of blue-tinged glass designed to reflect the city’s bountiful sunlight.

Meanwhile, the top of the building features more than 10,000 square feet of boutique office space, two roof gardens and a commanding 360-degree view of the surrounding city.

“From the beginning, Harwood had a vision of creating a high-end branded environment,” Smith explains. “We’re perfectly situated between downtown and some of the city’s nicest neighborhoods, so we’re trying to capitalize on that proximity to create the city’s next great neighborhood.”

To date, Harwood has developed over 3 million square feet of the 11 million allotted for the corridor. Since 1984 Harwood has continuously added to the neighborhood with more people-friendly features: bridges over roads, a highline pedestrian walk (similar to the one built in New York City), and so on. 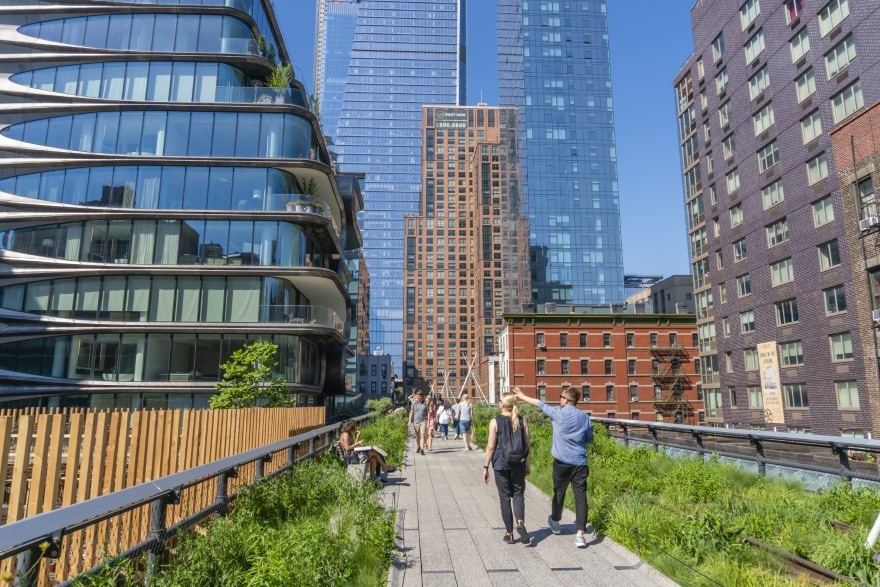 Harwood No. 10 represents the first salvo of a broader strategy aimed at putting Harwood squarely on the national map.

“For me, seeing a project through from start to finish, working with a team to push the limits of what you can do and tackle new challenges—that’s what it’s all about,” Smith says. “This is the first time in my career I’ve had a chance to work directly with ownership on all aspects of a project. And we have a lot more to look forward to.” 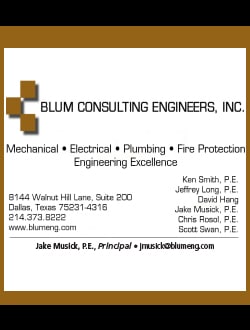 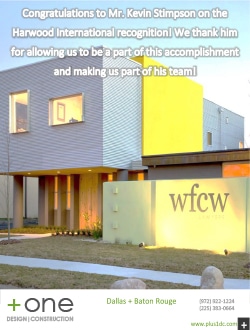