In its heyday, it lured shoppers from all around Frankfort, Kentucky, offering everything they needed for their homes, wardrobes and leisure time.

But heydays come and go, and the bustling Kmart fell closed in January 2018. A little over a year later, it was demolished, but the site did not remain a vacant field harkening memories of past retail success. Instead, the lot is now home to an ALDI supermarket, a Harbor Freight discount tool store and a Big Lots discount retailer—all built by Agree Realty. 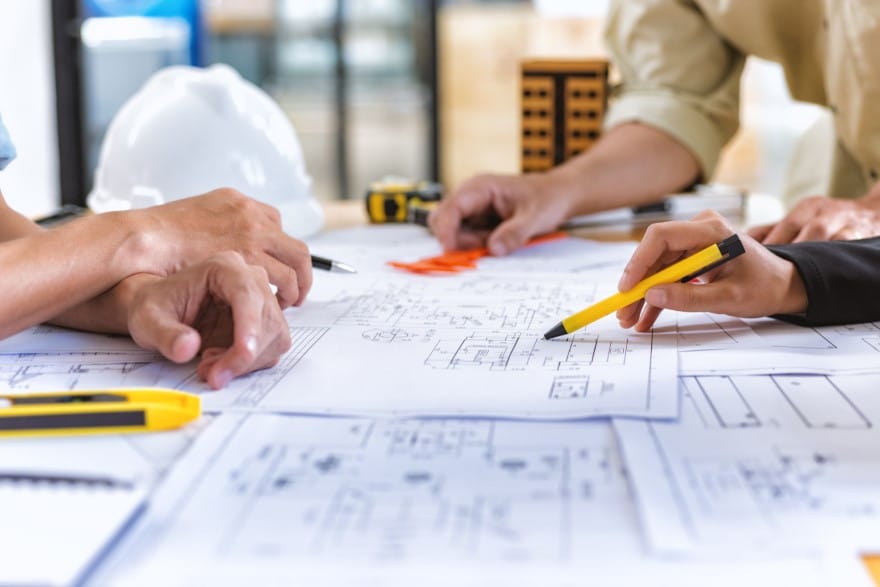 Jeff Konkle, Agree Realty’s vice president of construction, says the project, which opened in 2020, shows how the Michigan-based company keeps growing despite changes in the retail industry brought on by the COVID-19 pandemic and the emergence of e-commerce.

“This is a fantastic, fast-moving, fast-paced company. We’ve grown exponentially even through 2020,” Konkle says. “Development and construction are the core of what Rick Agree started, and it remains the core because we’ve developed great relationships with our retailers through that platform.”

Founded in 1971 by Richard Agree as Agree Development Co., Agree Realty Corp. went public in 1994. As of June 30, it has more than 1,260 properties totaling 26 million square feet of leasable space in 46 states. AutoZone, TJ Maxx, Hobby Lobby and Tractor Supply are among the companies counting on Agree Realty for development projects—at a time when retailers everywhere are having to reimagine their business models.

This spring, the EY Future Consumer Index found 80 percent of U.S. consumers are changing how they shop, with 60 percent visiting brick-and-mortar stores less and 43 percent shopping online more often for things they used to buy in person. 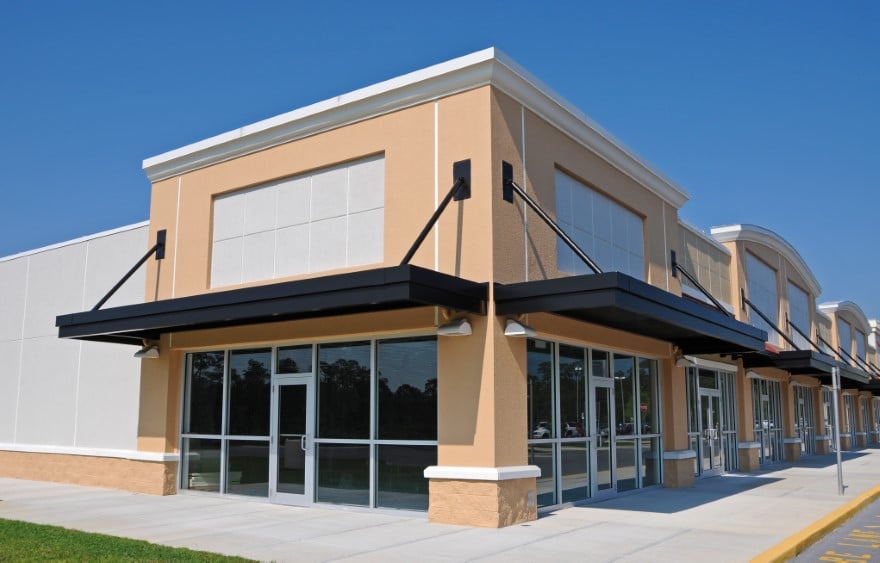 Whether those trends hold up as pandemic restrictions lift remains to be seen, and Konkle says Agree Realty’s customers are seeing more people buy online for curbside pickup.

However, he adds those stores are likely to regain foot traffic. As he puts it, people like to try on clothes before buying them, and a weekend mechanic looking for replacement parts wants some help from someone behind a counter.

Still, he says Agree Realty is changing how it builds, in large part because it makes its decisions based on market research, which show, for example, that locations need to be highly visible to consumers. Some developments it builds from the ground up, while others it creates from existing buildings.

One major change? In the past, space was equally shared by retailers. Now, Konkle says it’s better to have one retailer occupy 50 percent of a development, while the others inhabit 25 percent each. That gives the best return on investment. 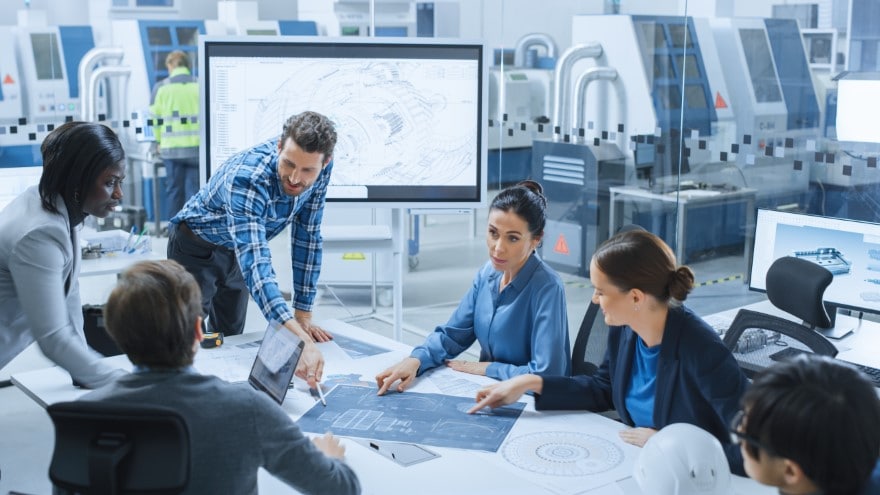 Confidence in the future of retail notwithstanding, Konkle says Agree Realty did have to make some adjustments during the pandemic. But because it had already incorporated digital technology such as FaceTime, remote staffers were already adept at digital file sharing and video conferencing. What he missed was the direct contact.

“I think there’s a certain advantage to trading information at a greater pace, things get resolved more quickly,” he says. “But you can lose some of the interpersonal exchanges because you’re not sitting in a room of designers. I really enjoy meeting people for the first time, coming together, putting a plan together and executing it.”

Now approaching 40 years in the construction industry—and having owned a construction company himself—Konkle has seen plenty of changes in the industry and retail trends.

“I started before cell phones and pagers, and it was even a while before I had a phone with a speaker,” Konkle says. “I do miss the smell of ammonia in the air when we were printing drawings. I’ll admit it gets more poignant when you start tearing down stuff you’ve previously done before.”

Born and raised in the Detroit area, he earned a bachelor’s in construction management and civil engineering from Michigan State University in 1984. Then, he worked at Turner Construction until 1994. 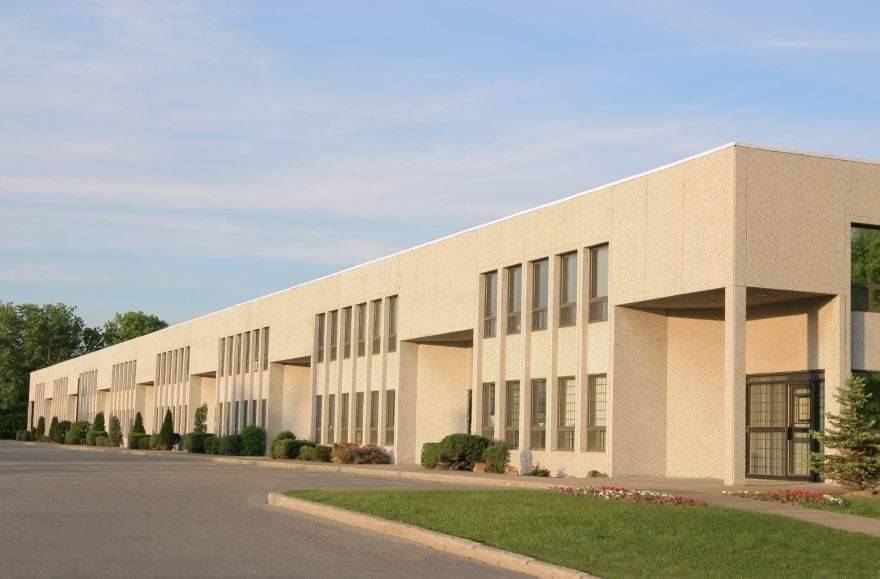 Konkle was co-owner of CK Construction Services from September 1998 until July 2004, when he became senior project manager for Clark Construction Co. In 2017, he left the company to become director of construction at Agree Realty.

While projects can take him away from home (Konkle says Agree Realty has about eight projects underway in 2021), he’s also very much at home in the Wolverine State. Konkle’s hobbies include wood and metal working, and hunting, fishing and camping with his wife.

At Agree Realty, he attributes much of the company’s success to its use of technology.

“It’s nice to have the teams we have in place in three different platforms. We have three different final objectives, but we share the same contact and relationships with tenants,” he adds. “The process and ultimate goal are the same, the continuity is important internally and externally. That’s something you might not find anywhere else.” 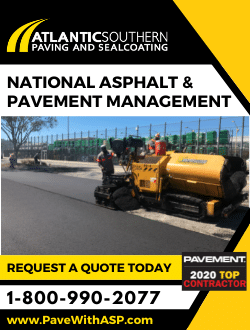 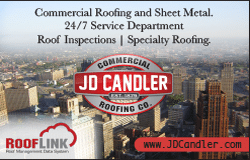