Whether a painting project in Tennessee, new flooring in Tampa or a pool in Fort Worth, Jeff Barber needs to see it, walk around it and touch it. 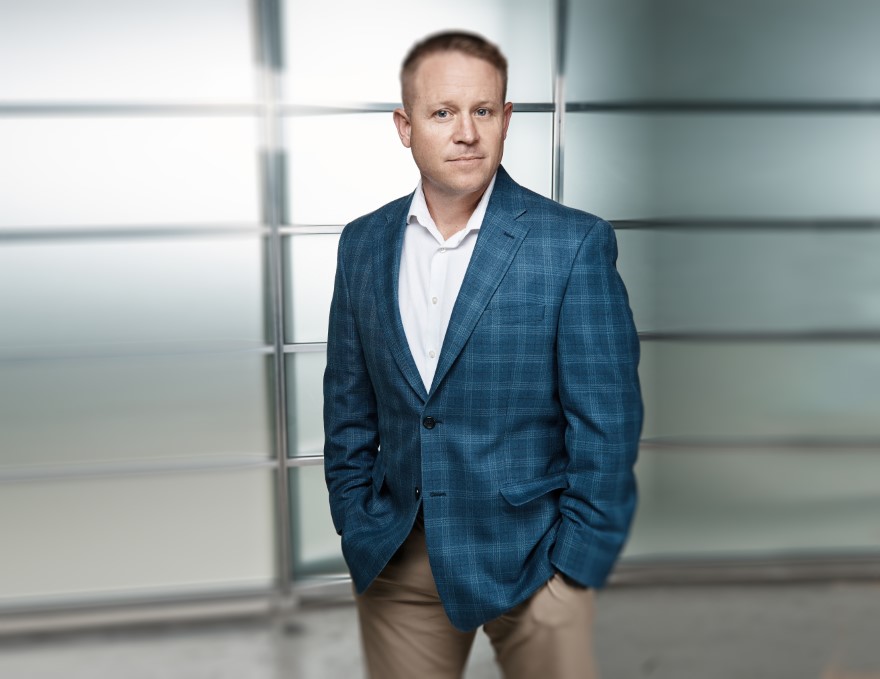 As the director of construction for Olympus Property, Barber wants to experience any job he’s overseeing. He travels often and he travels light, an approach that’s imbued with his service in the U.S. Marine Corps and tempered by his years in civilian life.

“I learned in the military that you can do any job and be successful if you have two ingredients—communication and follow through,” Barber says. “I need to walk with property managers and vendors in order to help us grow for the sake of our residents, our company and our investors.”

Founded in 1992 and headquartered in Fort Worth, Texas, Olympus Property owns and operates $2 billion of Class A multifamily housing with more than 17,000 units on 55 properties, extending from the Southeast across the Southwest to California, as well as Wyoming.

The company rarely builds new developments, and the scope of Barber’s work has him supporting regional and property managers in providing amenities, comfort and a community feel throughout the Olympus portfolio. 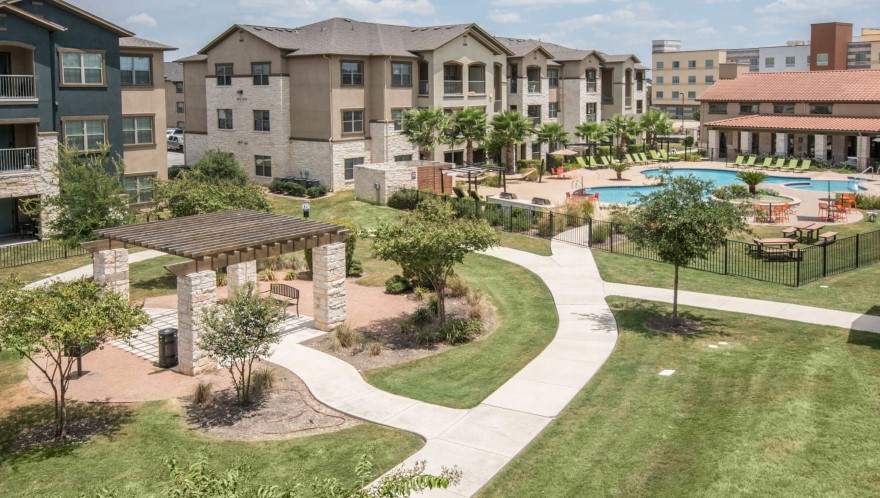 “My job is to ask what our property managers need because I work for them,” Barber says. “But I also need to delegate and sometimes overexplain the jobs.”

As he spoke with Blueprint in June 2020, Barber was readying Olympus to take on $2 million to $3 million in projects in the next six weeks; and with COVID-19 travel restrictions lessening, he was ready to hit the road again.

“I don’t check luggage,” he says. “I have a backpack with my laptop and chargers and my cell phone.”

The exterior paint project at Nashville’s Olympus Midtown Luxury Apartments is an example of Barber’s determination to finish work quickly with clear expectations of what needs to be done.

Because the property manager is relatively new and the contractor is working with Olympus for the first time, not only will Barber make the site visits, he’ll also review the video from parking lot surveillance cameras and ask for updates every 48 hours as work progresses. 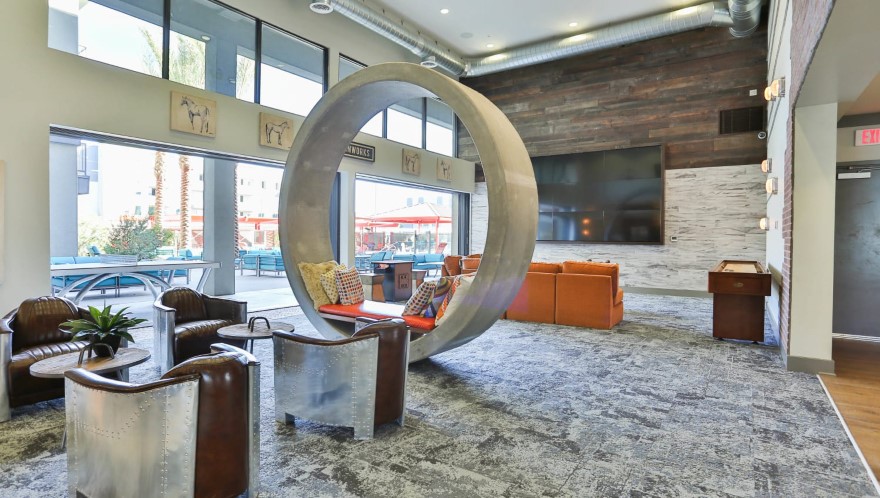 “I may ask a lot, but when these guys do a great job, guess who I’m calling next time,” Barber says.

As demanding as an exterior paint project may be, the $900,000 flooring replacement at Olympus Harbour Island Apartments in Tampa, Florida, was even more so. An upscale high-rise in downtown Tampa with a 95 percent occupancy rate in its 340 units, the complex needed flooring to reflect the tastes of its residents.

The additional challenges? No residents could be displaced. The work has continued, albeit slowly, through the coronavirus pandemic. While Barber created the work plan, it’s been up to the property manager and contractors to carry it out while adhering to safety guidelines and minimizing inconveniences, he says. 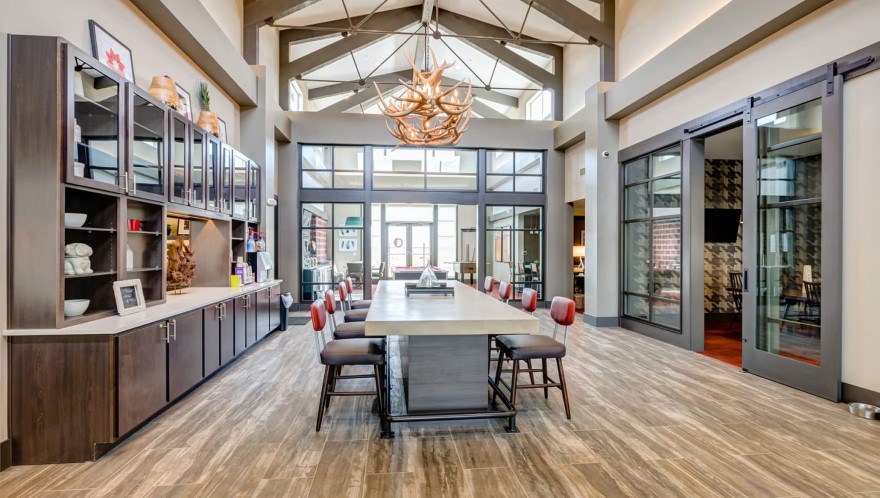 Barber’s deep interest in the numerous Olympus facilities projects is also a way to keep the local property managers from becoming overburdened, he explains. If the property manager is more experienced, Barber can let go of some of the reins as the work begins, but that has not always come easily, he concedes.

“In the military, letting go came when I knew everybody and could trust them,” Barber says. “I’m never going to be soft-spoken, but I can communicate directly without being threatening or overbearing.”

Up to the task

After being part of a Marine unit building an airstrip and landing zone in Southeast Asia in 96 hours, a flooring job in Tampa or renovated clubhouse in Fort Worth (as well as a re-tiled swimming pool) may seem less challenging, but guiding the teamwork for those projects is just what Barber sought as a civilian. 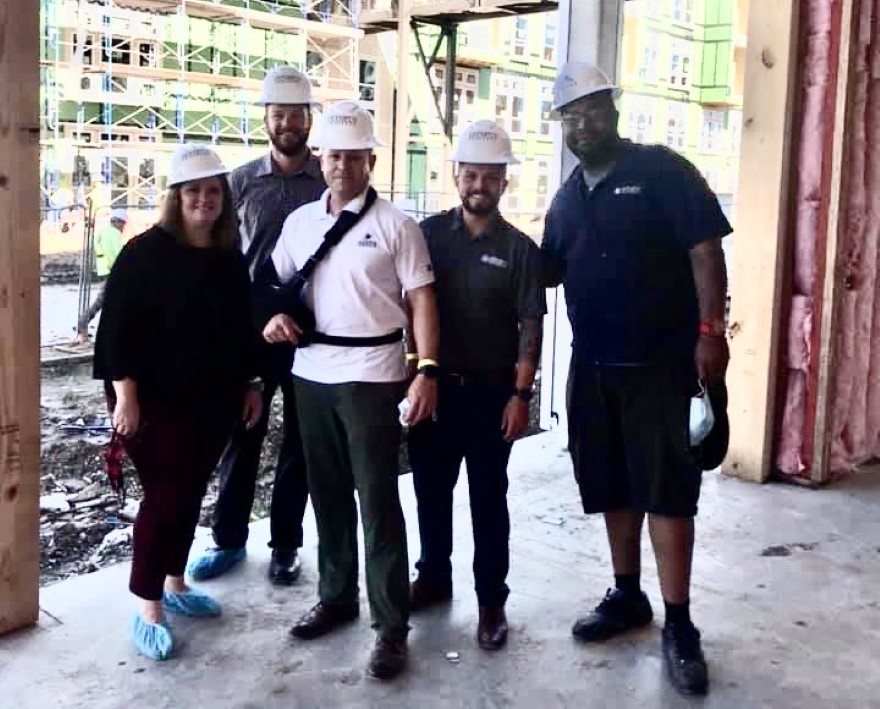 A native of Bakersfield, California, Barber spent much of his youth in San Diego and developed an interest in aviation and a military career after attending air shows at Edwards Air Force Base in Southern California. Barber joined the Air Force ROTC while attending the University of Texas at Arlington, but says he sought a greater challenge.

“I was looking for the toughest, the hardest, most revered fighting force,” says Barber, who enlisted in the Marines in 1997. Once there, he continued to pursue aviation, but changed his mind on what he wanted to fly.

For almost 18 years Barber piloted Marine helicopters and directed pilot training, logistics and operations. While based largely in Southern California, he flew casualty evacuation missions in Iraq, was deployed to Helmand Province in Afghanistan, and served in Southeast Asia and the Persian Gulf. 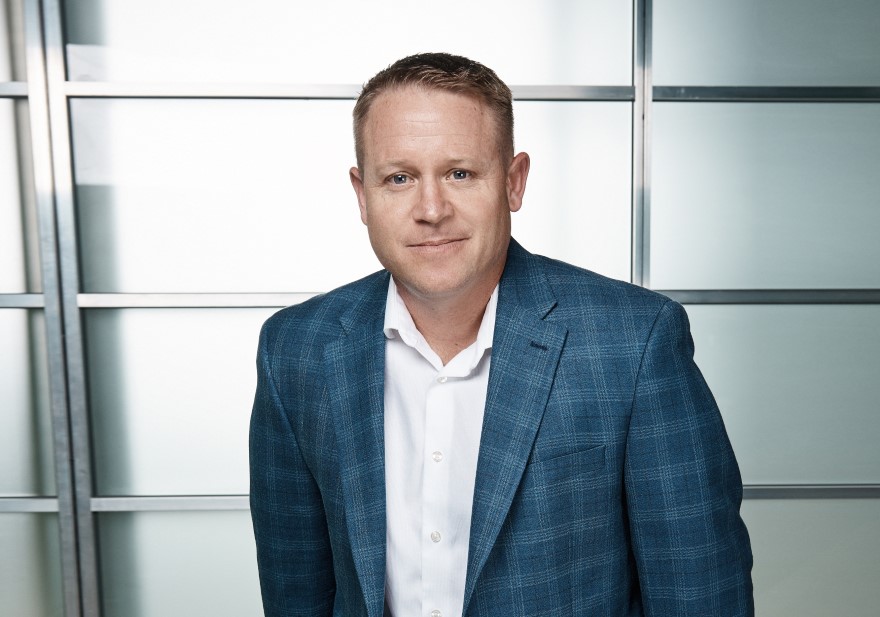 His experience and top-level security clearances gave him an in with the defense industry when he returned to civilian life, but Barber says he was looking for work outside his comfort zone. A chance meeting with an Olympus executive who had attended UT Arlington with Barber, led to an offer to join the company after he retired from active service. He accepted it in 2015, and as is his fashion, never looked back.

Named director of construction in 2020, Barber has also embraced the Olympus culture that includes a company-wide Christmas party where every Olympus employee from around the country is flown in and put up in a hotel.

Barber emphasizes that no matter how widely he travels, he’s no one-man show—no more than he ever was in the Marines—and the rewards he finds in his work are much the same.

“One of things we learn in the military is it’s never about money or prestige,” Barber says. “But what we do get and what we stand on is the level of satisfaction from the mission’s accomplishment. And that’s what I get from this job.” 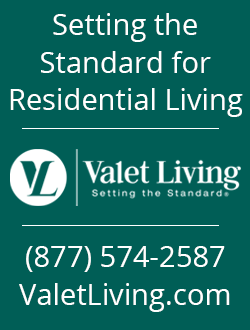