Jarrod Degenhard has traveled so much for his work he jokes, “I should know Mr. Hilton by his first name now.”

As vice president of environmental services for Guardian Healthcare, he’s rolled through much of Ohio, West Virginia and especially Pennsylvania, covering about 40,000 miles every year. 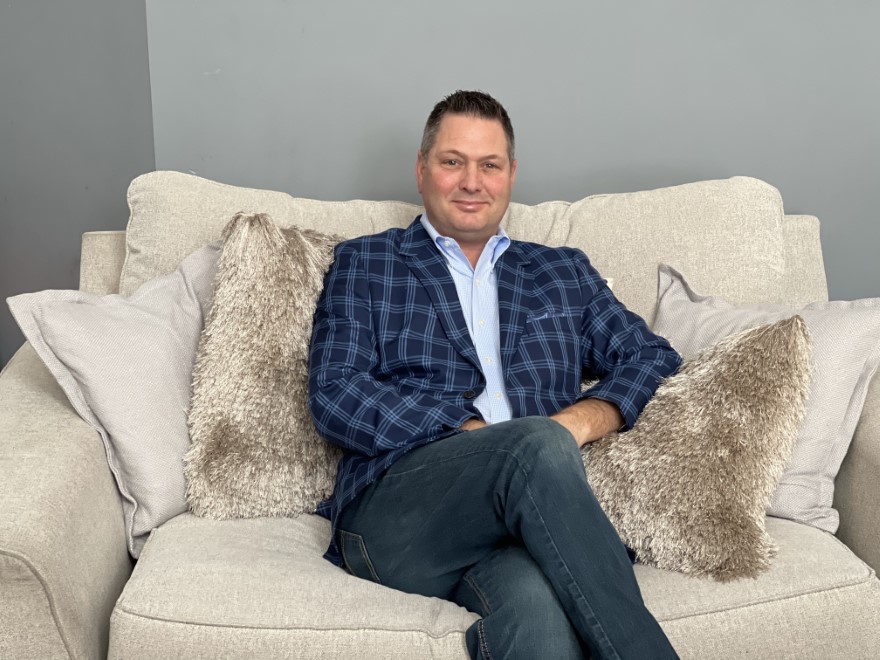 Like so many other people, he’s staying put more these days—finding personal protection equipment to keep patients and caregivers safe at Guardian’s 58 sites during the COVID-19 pandemic.

Whether jumping into a truck to deliver supplies or checking an app to review conditions at a site he no longer visits as frequently, the affable Degenhard keeps his sense of humor, as well as his sense of purpose.

“Every day I wake up and it’s about the care and safety of staff and residents. I don’t have any fancy degree,” he says. “My goal in life was to put my head down and work hard. Do that, and you’ll gain recognition.”

Founded in 1995, and headquartered in Brockway, Pennsylvania, Guardian has a network of facilities with more than 4,500 residential units and 2 million square feet.

When 2020 began, Degenhard and a member of Guardian’s business insights and analytics team were refining an app they developed for Guardian’s facilities teams. Using the app, they can track whether issues at sites are a one-time occurrence or recurring—a crucial heads-up to protect residents, Degenhard says. 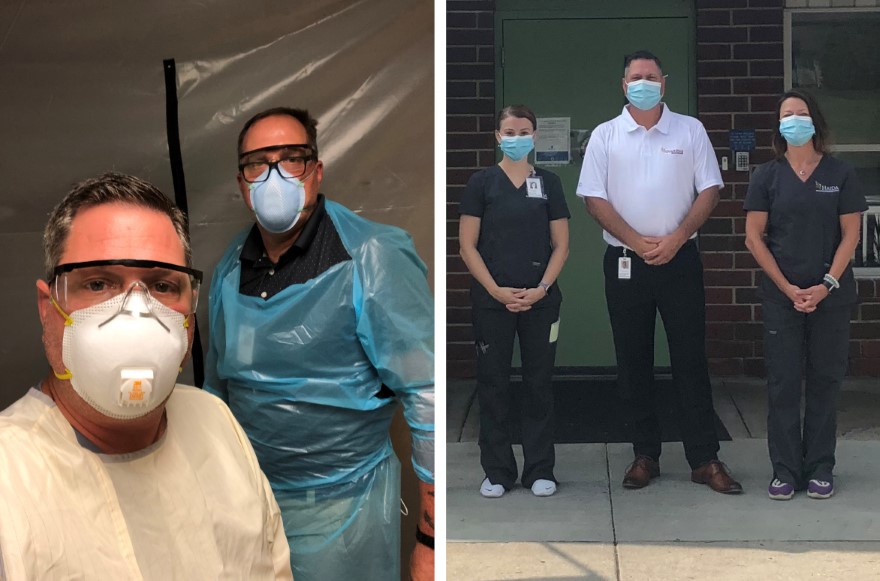 But as the pandemic arrived, that and other efforts took a back seat. In their place? Getting personal protective gear—a challenge, given the sudden difficulty to get items like masks, hand sanitizer and protective dividers.

“Nobody knew what an N-95 mask was and suddenly it was as popular as it could be,” he says. “We hadn’t used them in our world, and suddenly, we had to find them.”

A headquarters training room became a warehouse and staff at every facility did inventory each day before requesting more supplies, as Degenhard lost sleep worrying about when they would arrive.

He, his two regional directors and their staffs hauled personal protective equipment and other supplies to the residential centers. At one point, a company owner rented a truck to pick up more supplies and Degenhard met him to unload. 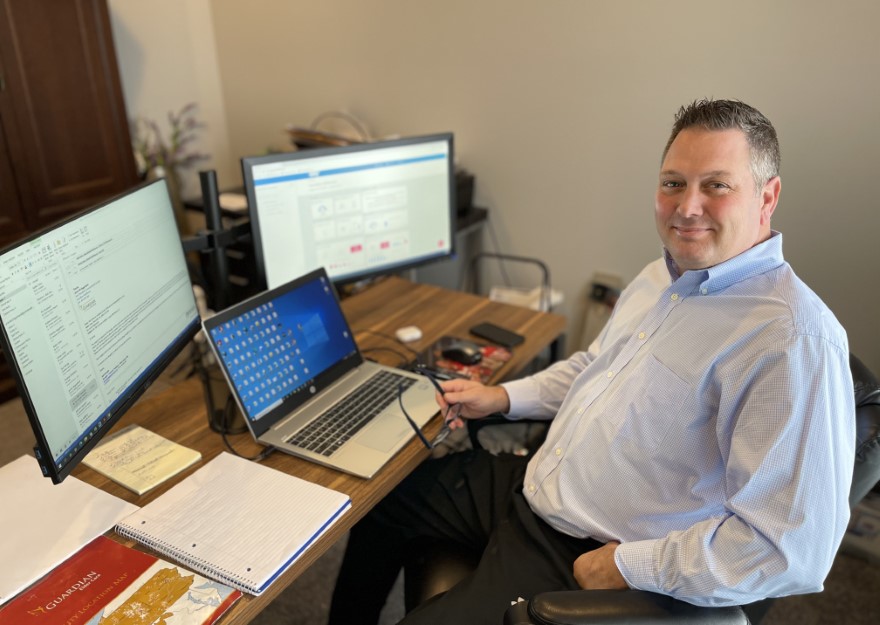 Some personal protective equipment was provided by coincidence and persuasion—Degenhard once bought the entire inventory of wares at an auto parts store where he was renting a truck to move mattresses, paying for masks and gloves with a credit card. He also talked a company that makes work gloves into making 25,000 masks.

The buying hasn’t slowed even though personal protective equipment procurement and delivery logistics are now supported by Guardian’s pharmacy. The staff now have an app and barcodes to track and report inventory, and Degenhard estimates the company has an 18-month surplus of materials.

Keeping everyone supplied is only part of the story, though.

As the pandemic worsened, Guardian was forced to close its residential centers to all visitors, then tightly restrict visits to residents.

Installing three-sided plexiglass dividers, Degenhard sought to keep these visits safe—and fun. Calling them chatterboxes, he gave prizes for the best design, and residents were ultimately able to converse with family and friends without raising their voices. 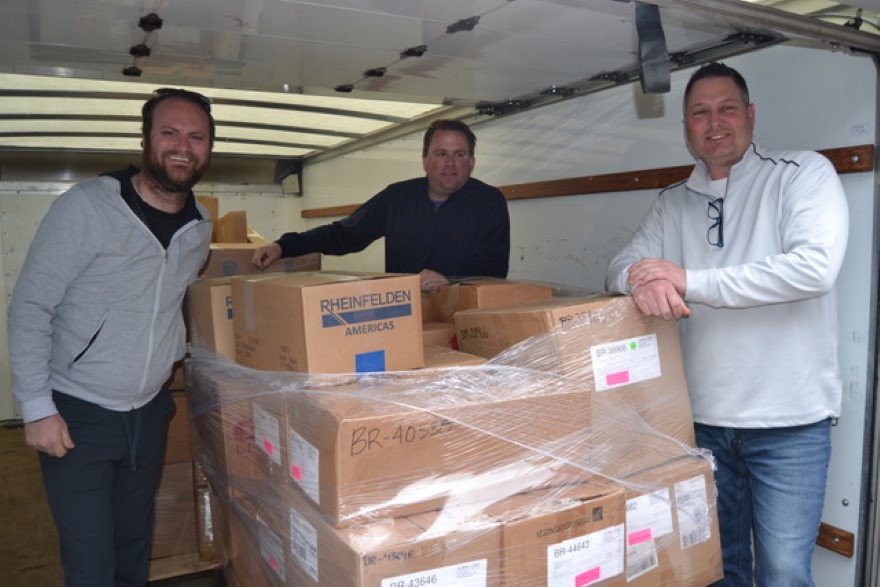 Matt Selig’s winning design at Highlands Healthcare & Rehabilitation Center in Laporte, Pennsylvania, won him a 55-inch TV and a $100 gift card. Built in a vestibule, the plexiglass was encased in sanded and varnished wood and Selig used a router to cut grooves into the wood to fit the panes, Degenhard says.

“I told them, this is your time to shine and show them you’re skilled,” he says. “It was as much about morale as the safety.”

Work travel requirements aside, about the farthest Degenhard has strayed from his hometown of North Canton, Ohio, is Cincinnati. His career has been built on being resourceful. He started in landscaping and then residential construction, but after getting married and starting a family, he decided he needed a job providing healthcare benefits. 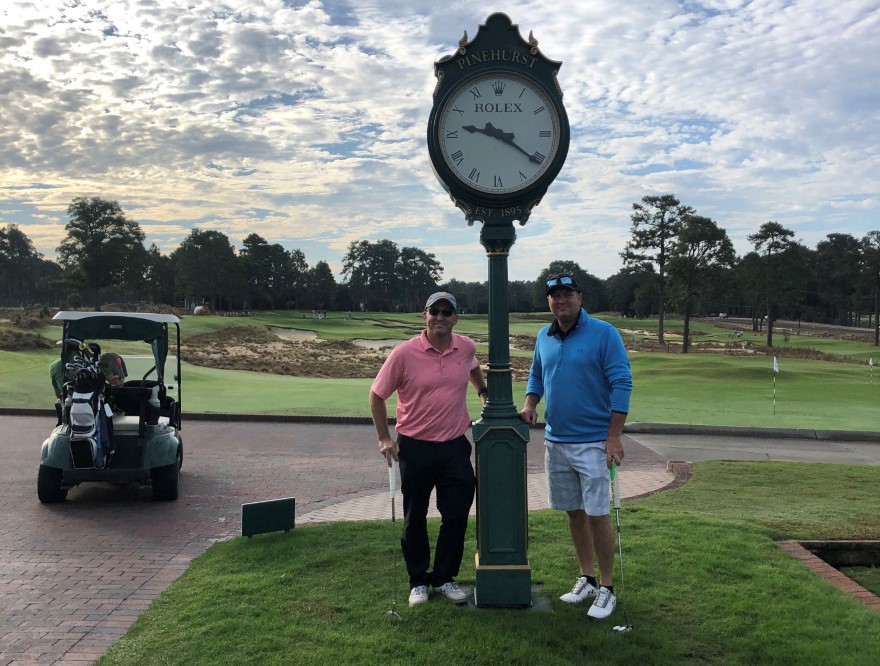 He found an indoor job at a company that manufactured transformers. There, he performed maintenance on forklifts, cranes and electrical systems, but the plant was in its waning days, Degenhard recalls.

While out looking for another job in 2000, he passed the Emeritus headquarters in Canton. Seeing a help wanted sign, he went in to apply. As he waited for an interview, he chatted with one of the assisted living center residents and realized this was the setting where he wanted to apply his facilities management skills.

In 2006, he returned to manufacturing as the maintenance, safety and environmental coordinator for Graco, but never forgot his love of assisted living and rehabilitation centers. 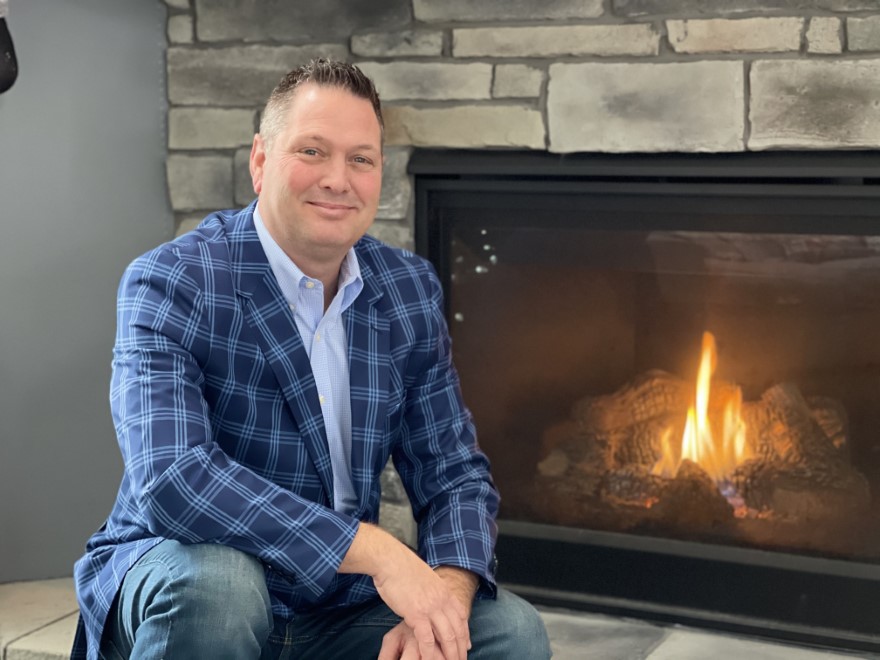 In April 2011, Degenhard became regional director of plant operations for CommuniCare Health Services, supervising maintenance, safety and environmental programs for the company’s 15 Ohio facilities. In June 2012, he took over the same role for Golden Living with a far larger purview—89 facilities in eight states with an annual capital budget of $25 million.

In November 2016, he joined Guardian as its executive director of facilities management. In September 2019, he was promoted to vice president of environmental services.

“I think every job I’ve had, I’ve been on call,” Degenhard notes. “I’m not afraid to get my hands dirty, but making sure our staff and residents are safe has been one of the proudest moments of my career.” 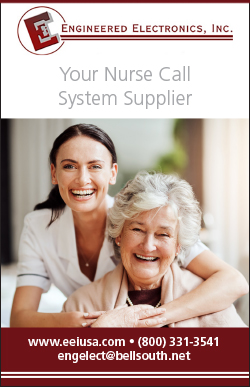