Just whom the doctor ordered for hospital upgrades

A hospital never sleeps. So reminds Janet Mininch, who adds that the one she works for in south-central Ontario has never seemed so active.

COVID-19 kept Headwaters Health Care Centre at full capacity the past couple of years. That’s had Mininch, who oversees facilities, paying extra attention to infection control practices and supply chain management, as well as the staffing issues impacting every department. Now, with the worst of the pandemic hopefully over, she can move forward with hospital-wide infrastructural upgrades and redevelopment. 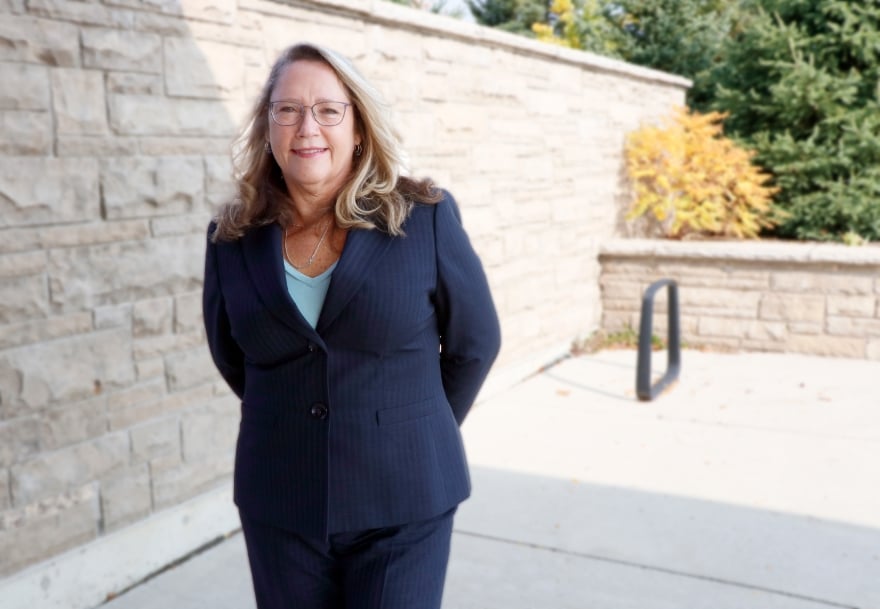 “Our organization is about 25 years old, so we’re at the stage where equipment that supports us is at the end of its life,” she tells Blueprint in September from Orangeville, about 80 kilometers west of Toronto. “We’re doing an outcome-based procurement approach.”

By that, Mininch means that at the end of the day, the selected service provider must meet outcomes developed by the organization. HHCC is looking to cut heating and cooling costs, either of which could be high in the area. Canada might be famous for its winters, but she reminds how summers in this stretch of province about halfway between Lake Ontario and Georgian Bay can be hot and humid.

“We’re in line for all the green initiatives,” she assures. “Whatever the solution, it must help reduce our energy costs and make us carbon neutral by 2050. We’re not just bringing in a boiler with a two-year warranty.”

The operating plant is undergoing a $7 million upgrade and Mininch is confident that it’ll pay for itself in long-term savings, as well as meet energy efficiency standards set by the province. All equipment is being replaced but in stages to keep the hospital running. Roofing and parking lot upgrades also are underway and expected to be complete in 2024.

One of several projects in the planning stages is a renewed dialysis space with Mininch and others working through stakeholder engagement and planning. There had been progress toward it a few years ago but the pandemic had diverted attention to more immediate concerns, such as tending to those afflicted and ensuring precautions were in place to minimize risk to patients and staff. But now plans are moving full steam ahead.

“The facilities team and the clinical and the practitioners’ teams all work together,” Mininch says. “The mission of providing the best care possible and supporting the needs of our community is always the common goal.” 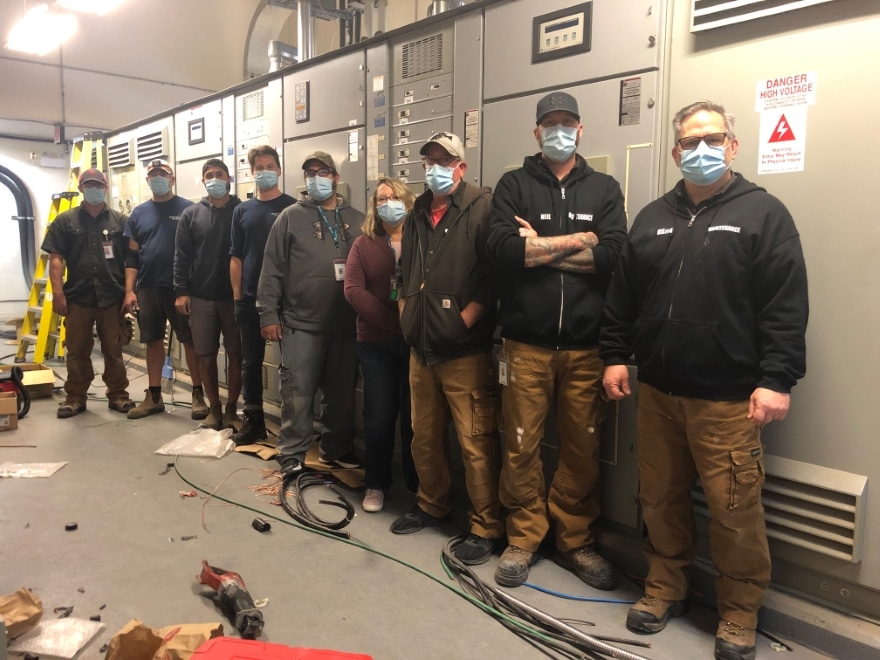 It takes such teamwork, given the logistical issues that confront HHCC and other medium-sized hospitals away from Canada’s major cities. HHCC operates on an April-to-March fiscal year whereas healthcare infrastructure funding is allocated in November through the Ontario Ministry of Health. That means there’s not much time to start major projects with first frost and snow upcoming.

“With such a model, we must be proactive in how we procure supplies and contractors,” Mininch says. “But because I had a background in procurement before going into facilities, I have better insights.”

Mininch says she learned procurement at other healthcare institutions, most importantly at Women’s College Hospital in Toronto where she worked for two years. Mininch learned how to stretch a dollar through prudent bidding practices and nurturing vendor relationships. She honed management skills, as well, which brought her to the attention of HHCC in March 2020.

At the time HHCC needed an interim director of facilities. While Mininch wasn’t an engineer, she did know how to effectively manage a team. She also welcomed the chance to give back to the community she grew up in. While a woman in her role is still a rarity, she’s more than equipped herself. She has three direct reports with a team of more than 100.

“I am here to guide and mentor my team; it’s a two-way relationship,” says Mininch. 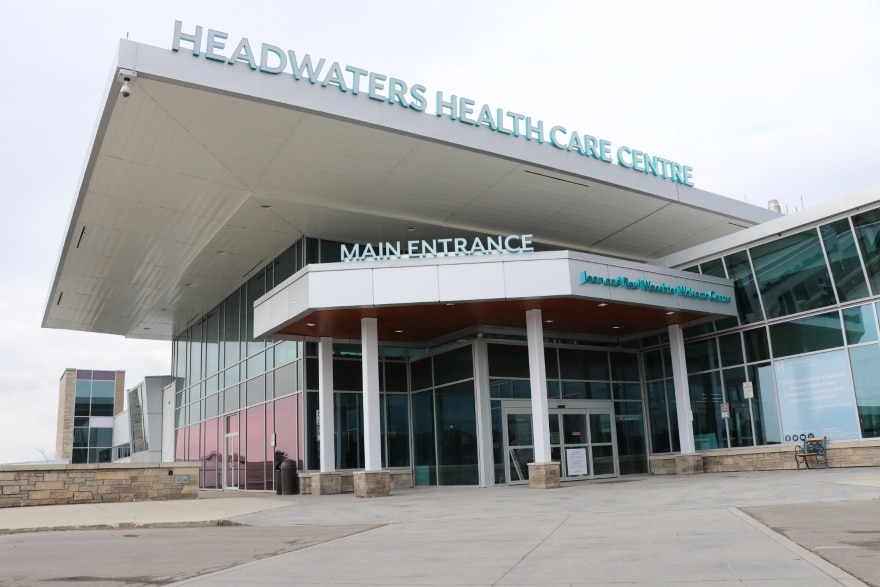 Opportunities abound in the trades, and she reminds it can be a struggle recruiting plumbers, electricians, carpenters, and HVAC and environmental services specialists. It’s a sentiment often voiced by construction and facilities leaders, and Mininch attests to the challenge of staffing. Her facilities manager participates in trades fairs and encourages high school students to explore options at HHCC and other hospitals. Such positions pay more than a living wage and entail career potential.

Overseeing such personnel has been a good fit for Mininch, who got her start in purchasing at a Toronto-based hospital and has also worked in the private sector health care agencies. She arrived at HHCC at the onset of COVID-19.

“I don’t know what it was like pre-pandemic but when I arrived there were fires to put out and a lot of learning on the go,” she says.

But the situation is seemingly under control, all hands can concentrate on infrastructure upgrades. Every improvement made to the hospital is with the idea of supporting patients and their families, says this mother of two grown sons.

“At the end of my career, I’d like to hear those I mentored say ‘she was firm and fair, and made a difference in my career,’” she says. 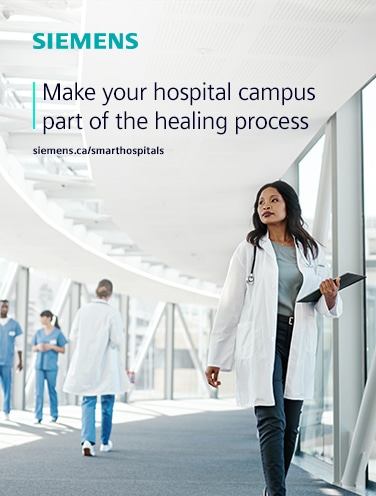 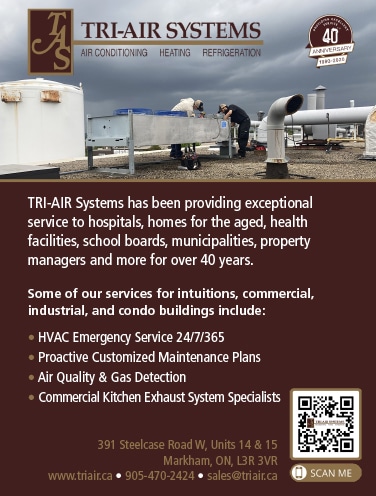