Global expansion during a pandemic is no joke

It’s not every day that someone gets her feet wet in facilities management in an office where pigs wearing tutus mingle with some of the funniest people in show business. But not everyone is Jana Fain-Rossen. 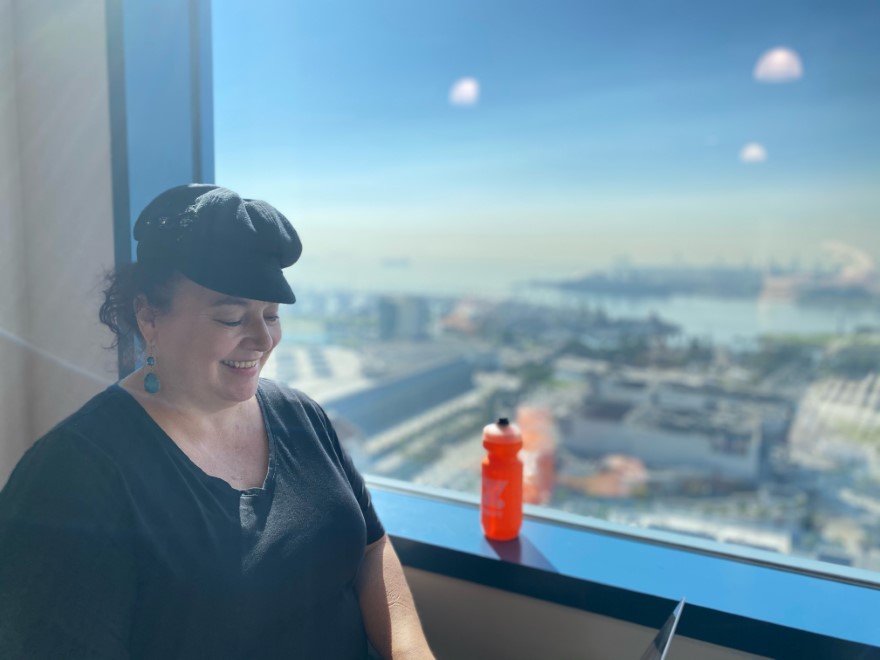 Fain-Rossen, a native of Atlanta, got her start working for a production company in Beverly Hills before moving to Will Ferrell and Adam McKay’s Funny or Die and Gary Sanchez Productions. Her experience is no laughing matter—it ranges from office manager to senior facilities manager and chief of staff.

“My first day at Funny or Die was like walking into a live Monty Python sketch,” Fain-Rossen says. “There were men dressed as pieces of fruit and pigs running down the halls in tutus. It was amazing.”

Now she’s the director of workplace experience for Zwift, a growing online cycling and running program that lets users interact, train and compete virtually. She’s been in the role for about 18 months, and in that time she’s overseen the expansion into South America and Europe and is currently supporting the expansion of the corporate headquarters in Long Beach, California. 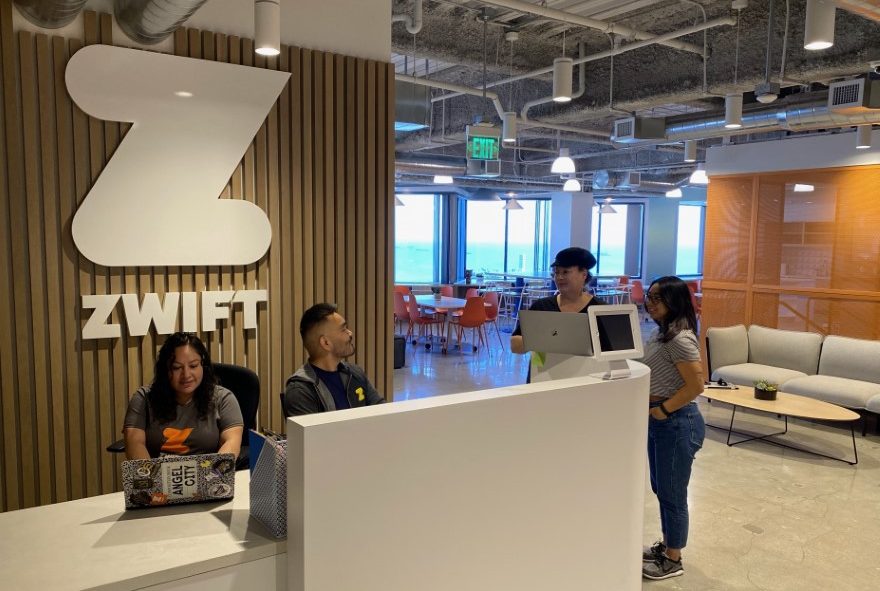 Quite a change for someone whose career began working with Mulder and Scully on “The X-Files” and developing scripts with prolific TV director Thomas Carter.

“I’ve had a fantastic ride so far, and there’s so much more I want to do,” says Fain-Rossen. “As Zwift continues to grow, I’m growing as an executive and as a leader, and I’m excited for the future.”

“We gotta have more office space”

Fain-Rossen’s major project at the moment—the expansion of Zwift’s corporate headquarters—has been slowed by the COVID-19 pandemic, but the work is still scheduled to be completed in late 2020.

That includes converting an 18,000-square-foot space into more than 60,000 square feet and creating a workplace that can accommodate even more employees as Zwift continues to expand. 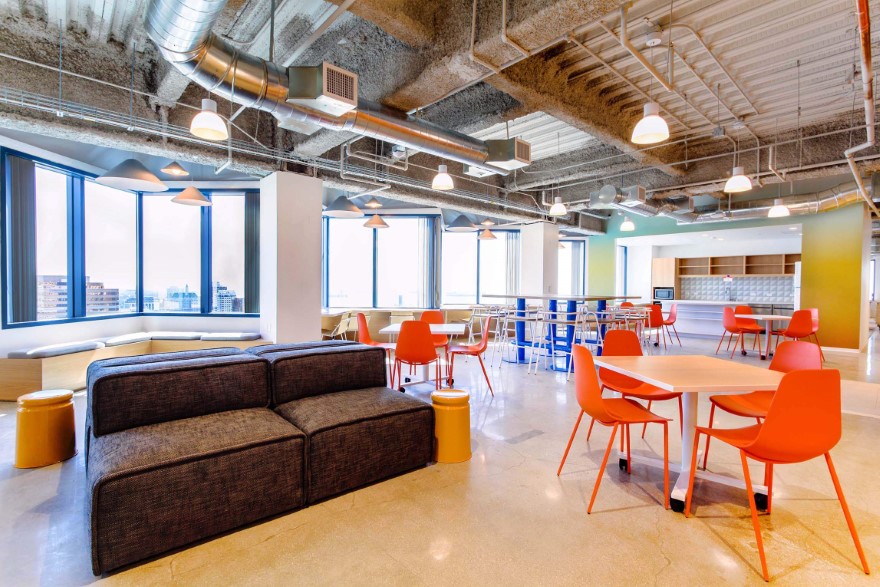 “We really wanted our game to come to life for our employees,” she says.

In normal times, the Long Beach headquarters would be buzzing with people, but right now everyone is working from home. Fain-Rossen admits she’s not sure when it will be deemed safe to go back, but it’s her job to make sure it’s a safe work environment for everyone while implementing the Zwift COVID-19 plan.

During the work from home phase, Fain-Rossen and her team organized a global delivery of desks and chairs to each employee along with launching virtual engagement events like yoga, magic shows and even Sangria with Drag Queens in Portugal.

Once everyone is able to safely return to their offices, they will find multiple wellness rooms along with flex space that allows for team events and collaboration.

In addition to the domestic expansion, Fain-Rossen has been in charge of overseeing Zwift’s planned global office expansions in London and Rio de Janeiro. 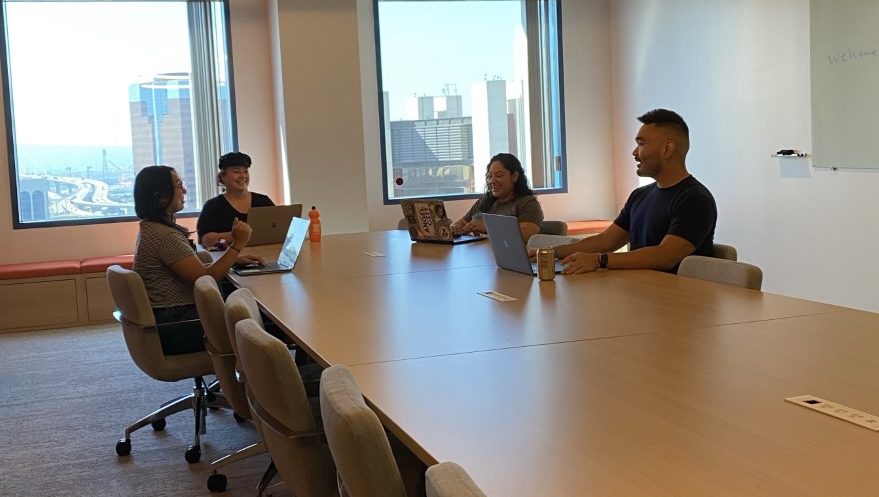 Because of the pandemic, she hasn’t visited either space since January and is looking forward to the day when travel is safe again. She is excited to see the handiwork of the contractors and construction workers who brought the space to life. Just like the Long Beach headquarters, each office features themed elements based on the Zwift game.

“The curliest curly fries in LA”

Fain-Rossen says her time at Funny or Die—the company behind such comedy classics as “Between Two Ferns with Zach Galifianakis” and “Drunk History”—was the best of her career, until Zwift.

Though she thought when she left her job at Big Light Productions that she’d be at Funny or Die for just a brief time, “the company kept growing,” she recalls. Among her many contributions was the buildout expansion on The Lot Studios in West Hollywood and the company’s internship program, which became a way for college students to get their foot in the entertainment industry door, which is notoriously difficult to break thru. It was also a way for Fain-Rossen to grow as a leader and mentor. 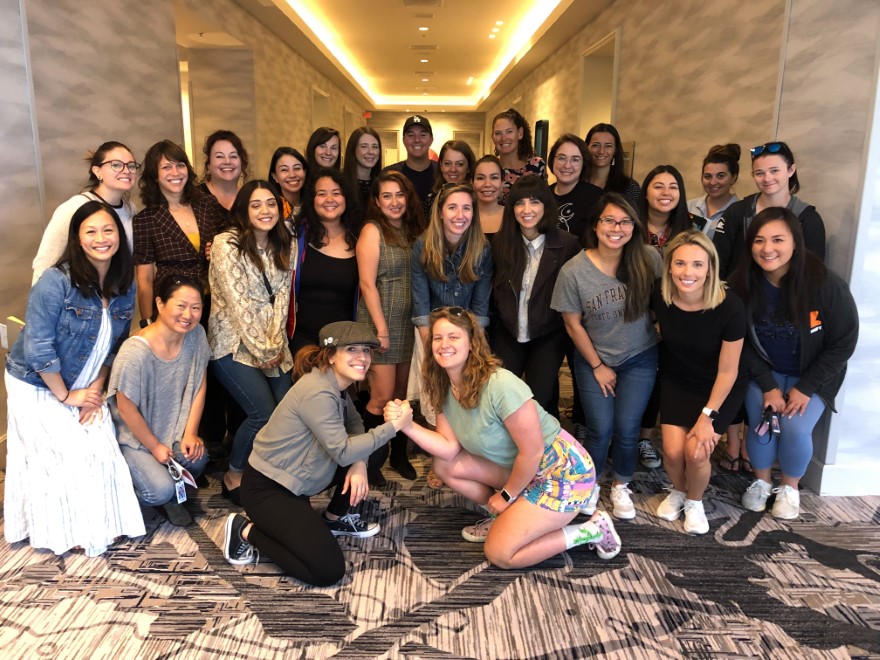 It wasn’t until Funny or Die became a more traditional production company that she started to consider a career outside entertainment, knowing that the entertainment industry would still be there—with all the connections she made over the years—if she ever itched to be back in that world.

“We were sending interns out to find the curliest curly fries in Los Angeles and other absurd comedy bits, but we were connected to traditional networks and studios—they didn’t think it was very funny. Some of those traditional corporations have no sense of humor,” she says.

After initially turning down an offer from Zwift because she wasn’t quite ready to leave Hollywood, Zwift persisted in pursuing her. Fain-Rossen finally accepted the position in June 2019. And she couldn’t be happier.

“The pace of the work here is nutty, and everyone here, including me, believes in the product and this company. I can’t imagine being anywhere else,” she says. 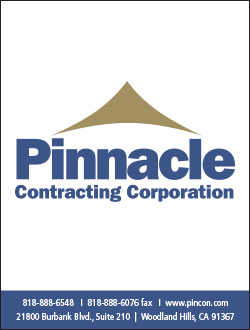