The most successful major college athletic programs use more than just national championships in football and men’s basketball to measure greatness.

“We really think that great athletic departments are coach driven, student-athlete centered and administration assisted,” Jamie Breslin says. “We work to live by that every day with the work we do as a team.”

As the senior associate athletic director for facilities, operations and events for Stanford University, Breslin ensures Cardinal student-athletes have facilities and modern amenities that compete with those of schools in the Pac-12 Conference and nationally. 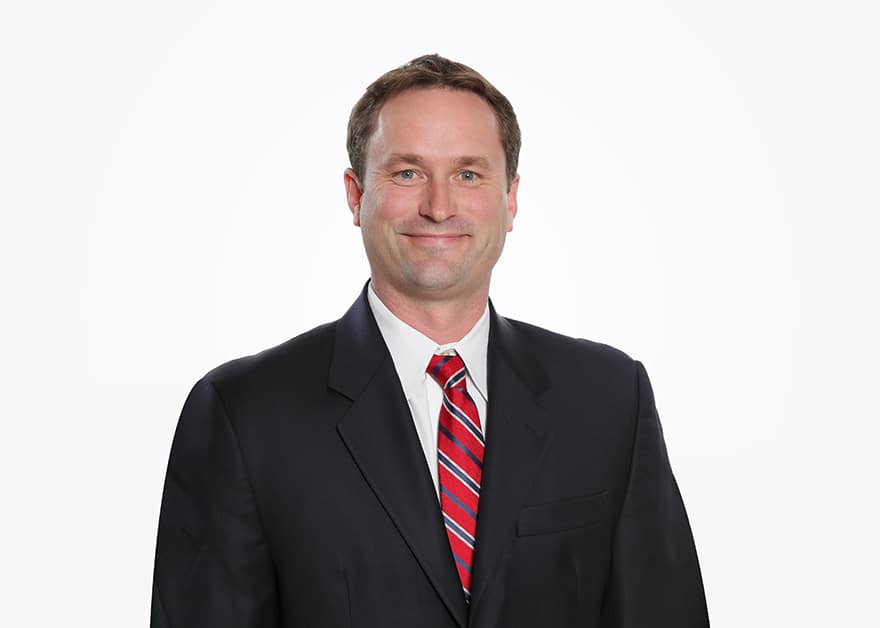 “It’s an arms race, but you’ve got to be careful not to get too caught up with trying to one-up the competition,” Breslin told Blueprint on a fall afternoon from his office in Palo Alto, California. “Plus, at Stanford, we’re also selling one of the best academic experiences in the country.”

Breslin and his team are working on several projects to improve the student-athlete and fan experience on the bucolic campus in Silicon Valley. From improvements to the football stadium to renovations and upgrades to volleyball and basketball locker rooms, the next few years look to be busy for Breslin and Co.

“Our job is to make sure we’re supporting the coaches and student-athletes at a very high level,” Breslin says. “We want to bring the best and brightest to Stanford, not only on the field, but in the classroom, too.”

Other Pac-12 Conference schools like UCLA and USC can sell living in Los Angeles to recruits. The University of Oregon can sell its connection to Nike and an endless number of uniform combinations that generate weekly social media buzz. Stanford sells its Silicon Valley location and proximity to San Francisco, as well as its world-class educational experience.

“We’re never going to be flashy like Oregon, but we want to give our student-athletes and our fans the best experience possible,” Breslin says. 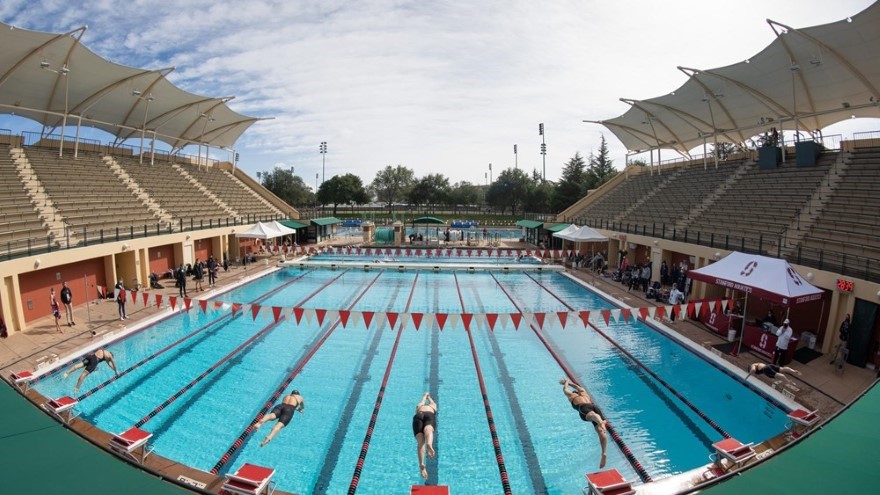 That includes renovations and upgrades to Stanford Stadium, which saw its last big project in 2006 when it was demolished and rebuilt as a dual-deck concrete structure. In 2013, Stanford upgraded the scoreboards with twin HD boards and a 1,673-foot ribbon board that displays real-time statistics and out-of-town scores. Recently, Breslin and his team finished a $5 million project to improve Wi-Fi, which will make it easier to order food. Related plans call for more areas to roam and even a beer garden.

Other projects include locker room expansions for the men’s and women’s basketball and volleyball teams that will include an equipment space, nutrition center, study area and auditorium-like lounge space.

“This project will cost over $20 million, and we are targeting the summer of 2022 to begin demolition. We hope to finish about 18 months after that,” Breslin says.

Breslin says Stanford is embracing new rules that allow all college student-athletes to make money on their name, image and likeness. The school has hired an NIL director who is educating the student-athletes on making good choices.

“Our job is to educate, provide guidance and help all different athletes, not just the ones from the major sports,” Breslin says. “We’ve got some athletes already making some money.”

To meet the demands of coaches and athletes, Breslin says the athletics department looks at other conference schools and other high-ranking universities. He and his team also rely on coaches to know what visiting teams request and how the facilities of opponents compare to those at Stanford. 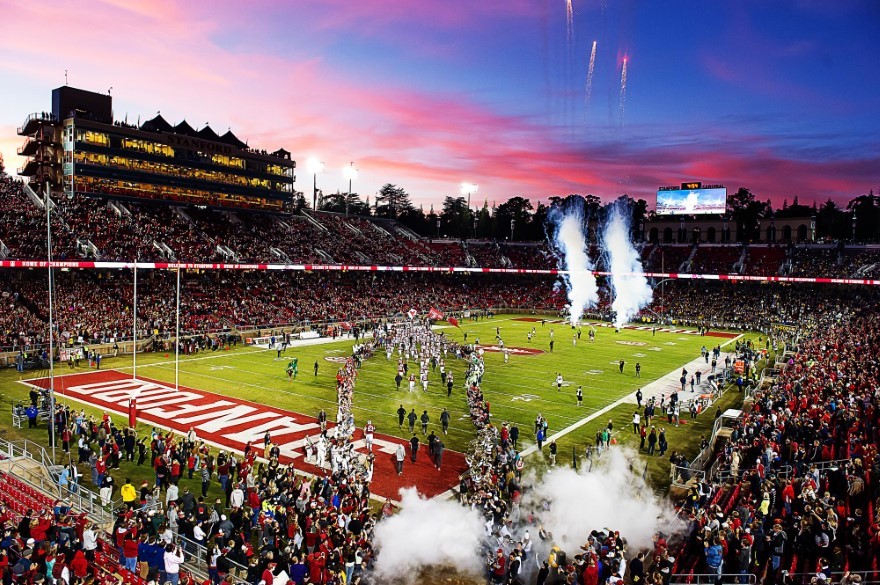 Also crucial to the student-athlete experience? Health, nutrition and wellness, which is something Stanford takes very seriously, Breslin says. The goal is to have multiple facilities for student-athletes fitted with farm and nutrition stands, academic areas, weight training, lounges, places to do homework, write papers and read, and an area for mental health.

“Stanford Hospital has a great lab and we’re looking to possibly put research areas for concussions into the athletic department footprint, and that would be a great benefit for all our teams”.” Breslin says.

Breslin was born in Rochester, New York, and grew up in New Jersey. Sports have always been a big part of his life, and he was a star high school athlete. He played football and lacrosse at Division III Hobart College in Geneva, New York. While a student-athlete, Breslin knew he wanted to stay involved in college athletics after graduation, so he began coaching at his alma mater.

After earning a master’s degree in athletic administration from Springfield College in Massachusetts, Breslin worked for more than eight years as an assistant athletic director at Georgetown University in Washington, D.C. 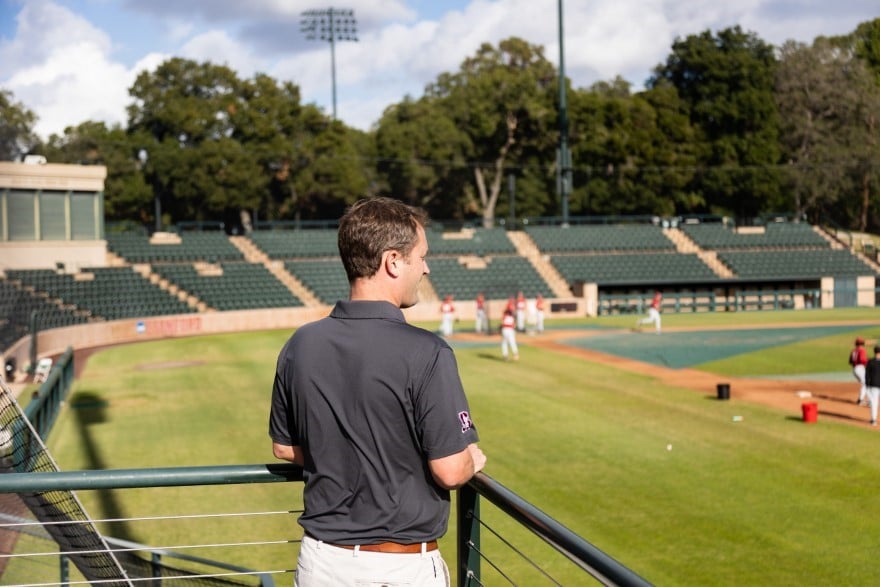 Then, the assistant athletic director for facilities and events position opened at Stanford. The chance to reconnect with Bernard Muir, who Breslin worked for at Georgetown and who had recently become the athletic director at Stanford, was something he could not pass up.

“So, my wife and I welcomed our first child, Patrick, and a week later, we were off to California,” Breslin says.

He started at Stanford in June 2013 as associate athletic director and was promoted to his current position in September 2016. Working with coaches and student-athletes is his passion, and he says he’s thankful he’s had the opportunity to work at two of the premier educational and athletic institutions in America.

“I love being somewhere where the academics are just as important as athletics,” Breslin says. “I love it at Stanford. It’s a great place.” 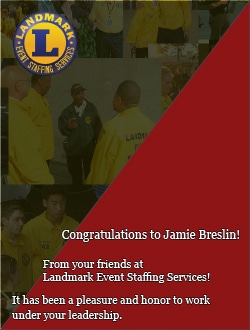 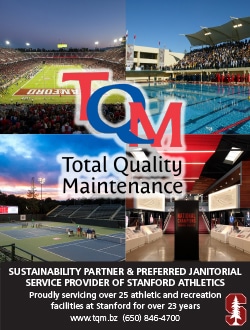