Building the Denver Advantage in Colorado

The parallels between developing facilities projects for the U.S. Air Force and a university system are not as disparate as one might think.

Just ask James Rosner, associate vice chancellor at the University of Denver, who became steeped in facilities planning during active duty in the military. As an engineer who built facilities and infrastructure at air bases across the world, Rosner says his later progression toward a civilian career was complementary. Air bases have dorms, fitness centers, dining facilities, laboratories and offices—and so do campuses. 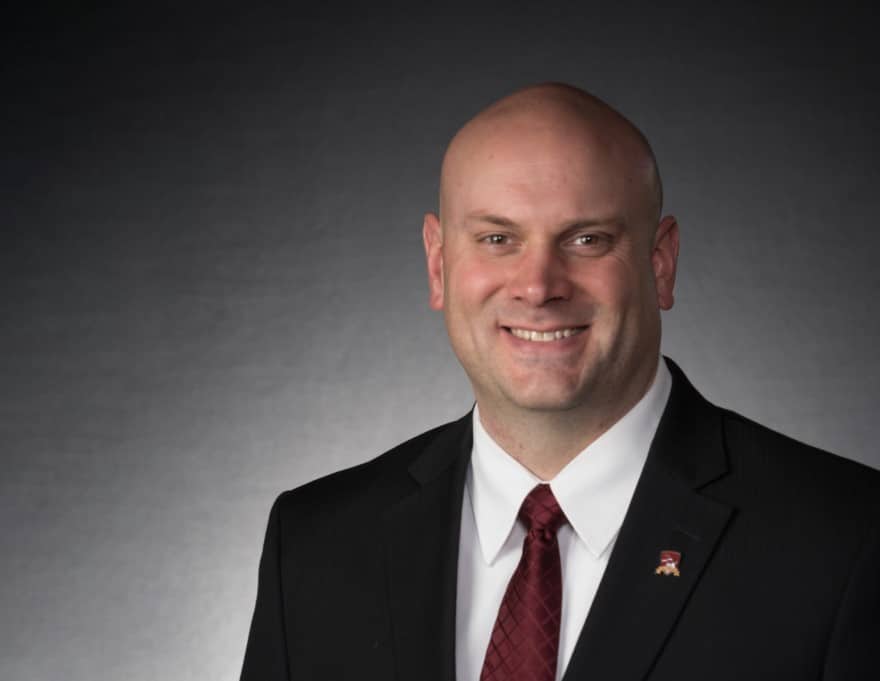 Now leading a team of 285 facilities staff in his native Colorado, Rosner’s heading up a series of initiatives, called the Denver Advantage—costing $153 million—that are helping DU chalk up high-level LEED certifications and move it closer to the university goal of carbon neutrality by 2050. The plan is simple, he says: raise the energy standards by constructing newly-designed buildings, renovating existing ones and completing renewable energy and energy efficiency projects.

“It’s all about setting the highest goals that you can achieve,” Rosner says. “We have a realistic expectation of what our buildings are going to be capable of doing—and we’re on the road to getting there.”

And those standards have reached a rocky mountain high.

Since being hired three years ago, Rosner immediately got to work on three projects that are part of the DU IMPACT 2025 strategic initiative. The scope and diversity of the projects—ranging from a 30-year master plan to a campus-wide solar project—is ambitious, but in Rosner’s mind, achievable. 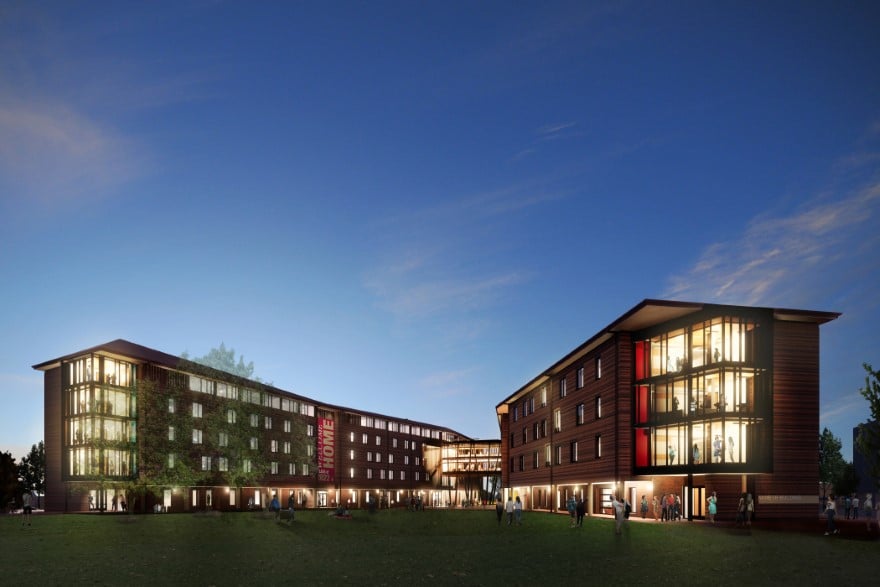 “As the campus grows and changes, it’s more of a framework than a master plan—it’s flexible,” he says.

To support each student throughout their entire career at DU, the school’s constructing the Burwell Center for Career Achievement. Scheduled for completion this July, the 23,000-square-foot $12.5 million space will achieve the highest distinction of LEED Platinum Status to date in Denver.

As Rosner explains, DU wanted to focus on a fresh space dedicated to student career development, employer engagement and alumni activities. The building will allow for the development of skills from drafting a resume to interviewing and will also support career fairs. The first step was knocking down the old Leo Block Alumni Center in May 2019. 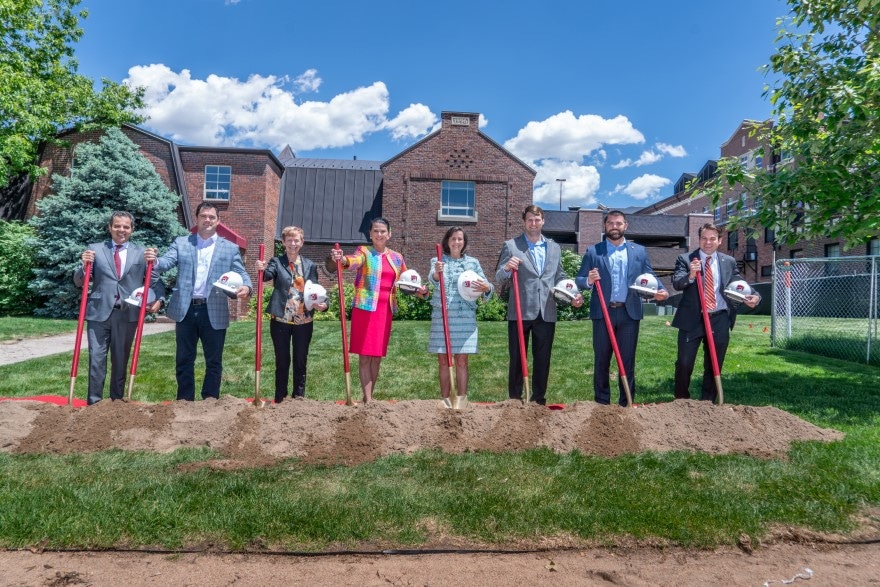 “This will be the first LEED platinum structure at DU and will make it one of the most efficient on campus. We’re excited about that.”

That project is just part of the life cycle of support DU had in mind for its community.

Next, to be completed this fall, is construction of the 130,000-square-foot, 500-bed Dimond Family Residential Village for first-year students. Started in 2018, the $60.3 million project will be targeting LEED Gold status and include a rooftop solar array. Rosner says the university wanted to create housing that fostered a “sense of belonging” by enhancing the experience of first-year students. 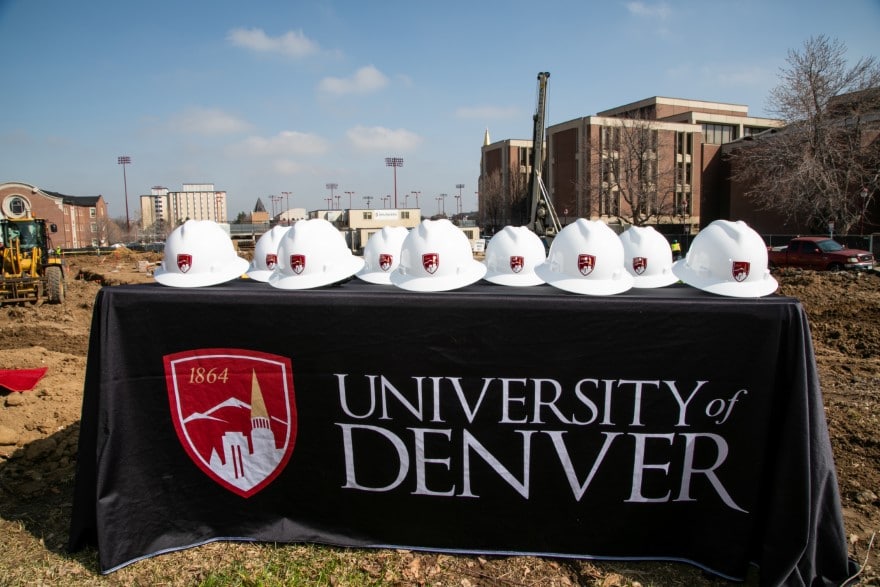 Features of this design include housing for students in communal-type “pods” of 24 people; development of a “tree canopy” in the common area of shared space; and creation of an outdoor gathering space, large enough to allow an entering class of 1,500 to engage in social activities.

“The idea is to create a welcoming incentive for students to want to come—and stay—at DU,” Rosner says.

The third impactful project, scheduled for completion in Dec. of 2020, is the 132,000-square-foot $78.2 million Community Commons that’s on track for LEED Silver status.

The structure will include a central food hall; communal meeting and workspaces; and an outdoor programming area that includes a rooftop venue with commanding views of the mountains and DU’s first green roof. The aim is to consolidate several structures into one, creating a hub for faculty, staff, students and community members. 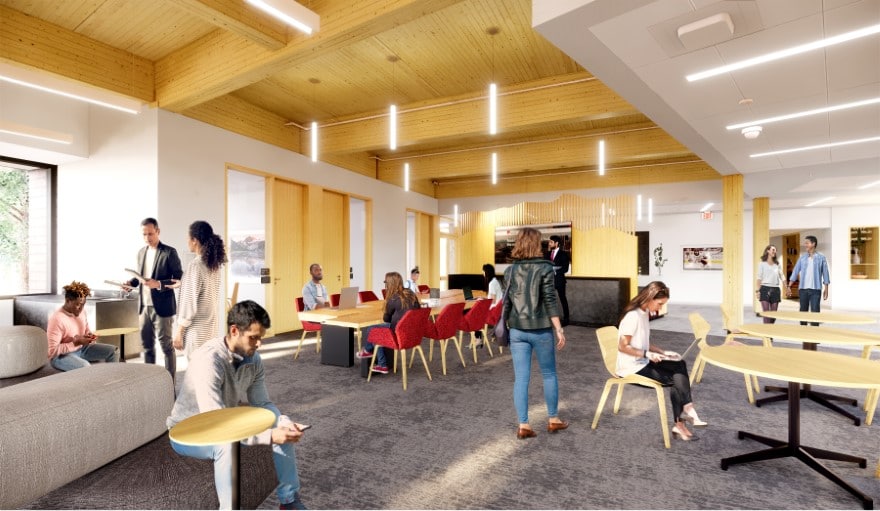 “Through centralized dining, we know that we build a better community around food,” he says.

“We’re anticipating by consolidating dining operations into one building, what we save there can be applied toward other campus-wide initiatives,” he says.

Of course there have been challenges, Rosner says, but most were mitigated by extensive preplanning efforts.

As Rosner explains, with all of the buildings in close proximity to one another, space was tight. Add to that a heavily travelled bridge with foot traffic of 4,000 students a day that would be out of service during construction. In addition, there was the massive demolition of a building to sidestep. 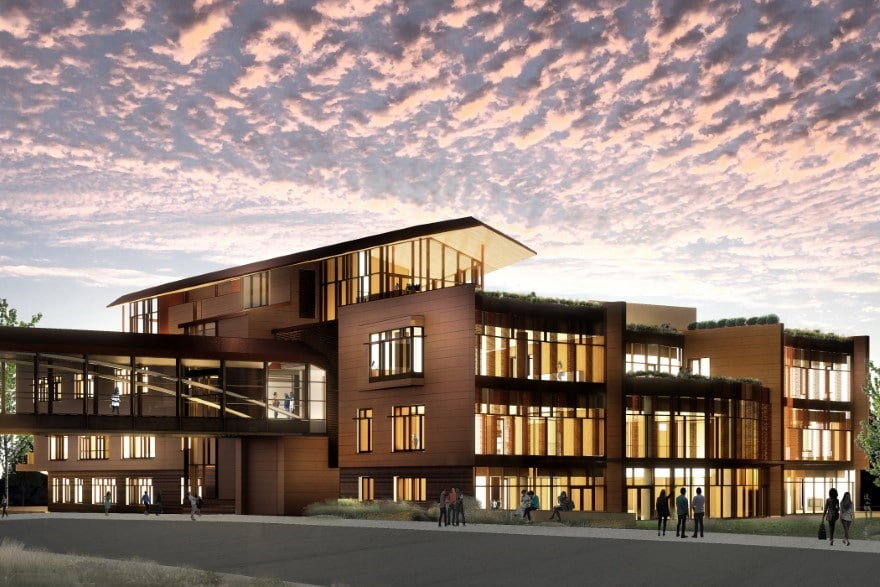 To combat these issues, an alternative walkway was constructed to allow students safe passage across busy Evans Ave. This extra step already added to a tight deadline for all projects—started in 2017—to be completed in a three-year window. To push the process forward effectively, everything from student safety to on-site delivery of materials was heavily researched.

“Many of the challenges were overcome with a lot of planning up front, well ahead of construction,” Rosner says. “Open communication on campus and with our neighbors was key so there were no surprises.”

Several African American and Hispanic groups were invited to participate—many for the first time. That effort translated into 27 percent of the contract cost—a total of $30 million—going to diverse businesses. This level far surpassed the 15 percent goal for participation in these projects. 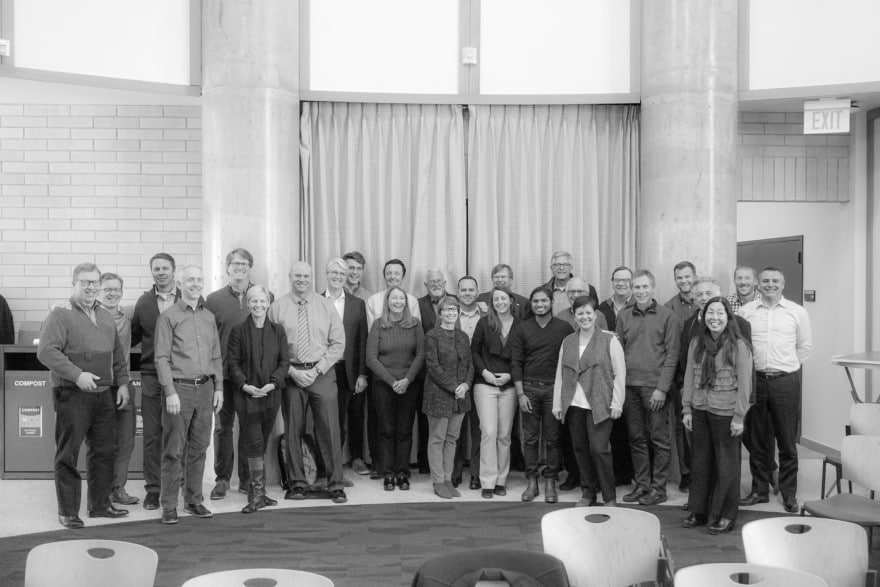 “The university’s dedicated to the public good. We were hoping to expand diversity with an impact to the local community. We far exceeded our goals and 74 percent of the businesses participating on these projects are locally owned and 29 percent are new to the DU campus,” he says.

Achieving—and surpassing—the university’s overall objectives for these projects meant it’s mission accomplished for this former airman. The joy in his job, he says, is steeped in the veins of community service.

“The joy of working at DU and on a college campus is that our purpose is one of service,” Rosner says. “While military service is purposeful and fulfilling, working in higher education provides service to our nation and future through the education, research and innovation of the next generation. The projects completed through the Denver Advantage will provide support to that next generation for years to come.” 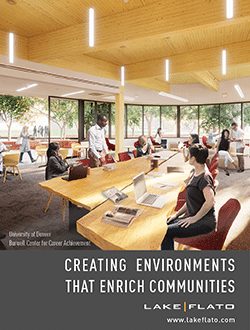 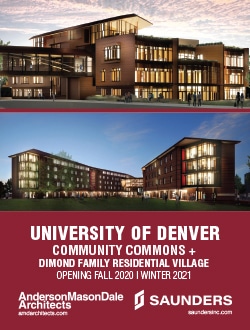