He’s the foundation for Broadstone’s growth 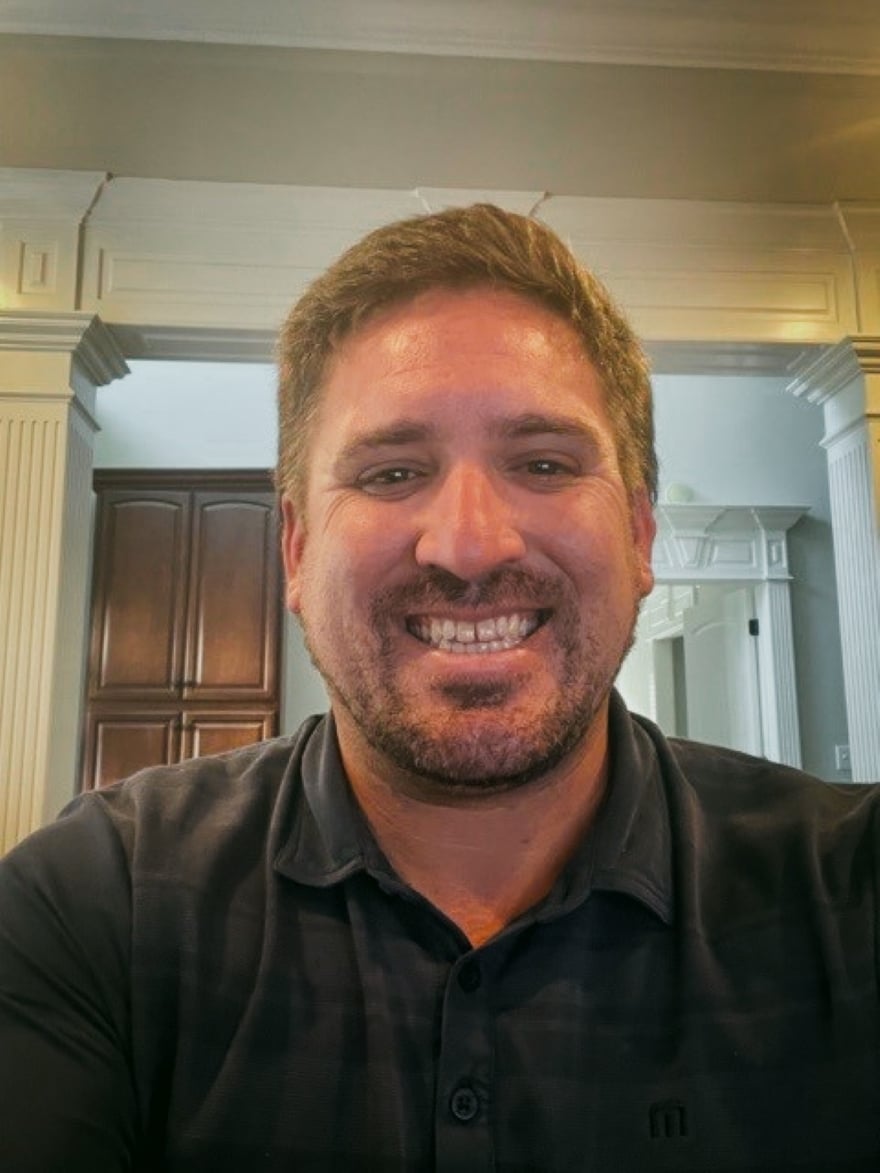 He’s not one to gloat, but James Drinkard doesn’t mind talking about how when Alliance Residential broke ground for a massive Nashville apartment complex in the spring of 2020, a competitor was starting a much smaller project.

By December 2021, Alliance’s Broadstone Nations was welcoming tenants into the 343-unit complex—a mix of studio and one- and two-bedroom apartments with plenty of modern flair. Three months later, the company sold Broadstone to Atlanta-based apartment operator Cortland for over $128 million. That’s $375,000 per unit and, according to the Nashville Business Journal, a record for a low-rise apartment complex.

Speaking to Blueprint in August 2022, Drinkard casually noted that the competitor in question was just finishing its project. Meanwhile, the newly named Cortland at the Nations remains at near-full occupancy, providing much-needed rental housing to a region where property values have skyrocketed.

So how exactly did he put the finishing touches on such a big project—and in far less time?

“If I knew the answer, I’d do it every time,” Drinkard answers with a chuckle.

Still, Drinkard acknowledges he has some grasp of the answer. As one of Alliance’s vice presidents of construction, he’s overseen the openings of seven Broadstone luxury complexes—the company’s bread and butter—and currently has two others in various stages of completion.

Though much of the construction has coincided with the COVID-19 pandemic, he says the projects have moved forward as swiftly as possible. For that, he credits his vendors (both local and remote), who’ve helped him get him around supply chain disruptions and personnel issues.

Health protocols notwithstanding, he almost always had enough hard hats to ensure a productive day on site. Then there was Drinkard borrowing a page from that time-tested “trust but verify” playbook and taking it to the nth degree.

“The other part of our success is being persistent,” he says. “Don’t just take their word for it. Research it on your own and follow up.” 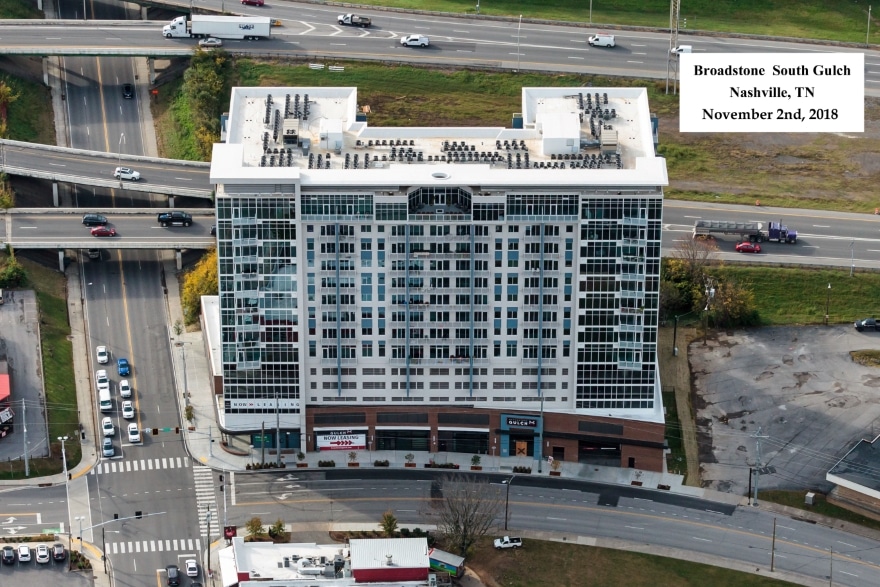 Should a vendor tell Drinkard that an order has arrived, he’ll want it stated in an email (accompanied with a detailed invoice). More than once, he’s discovered that whatever Alliance needs has either just been ordered or supposedly is enroute.

Such vigilance notwithstanding, Drinkard says some factors are beyond his control. For example, Alliance depends on the local utility for electric meters, and they’ve been in short supply of late, delaying progress on one site for weeks.

“The last six months have been our most challenging and I expect the next six to be just as challenging,” he says.

Despite the setbacks, Drinkard expects that Broadstone One City will open by next March. The seven-story, 261-unit complex will include ample parking and a panoramic view of the Nashville skyline. The exterior is done, as are much of the interior finishes. Late last summer, crews were immersed in cosmetic details.

Looking ahead to 2024, Drinkard expects to break ground on another Broadstone—Berry Hill—to open just south of Music City, across the street from GEODIS Park, where the Nashville SC soccer team plays. Berry Hill is one of the hottest areas for development, Drinkard explains, and the 302-unit complex will honor the property’s former owner, the food product company Mrs. Grissom’s Salads Inc. 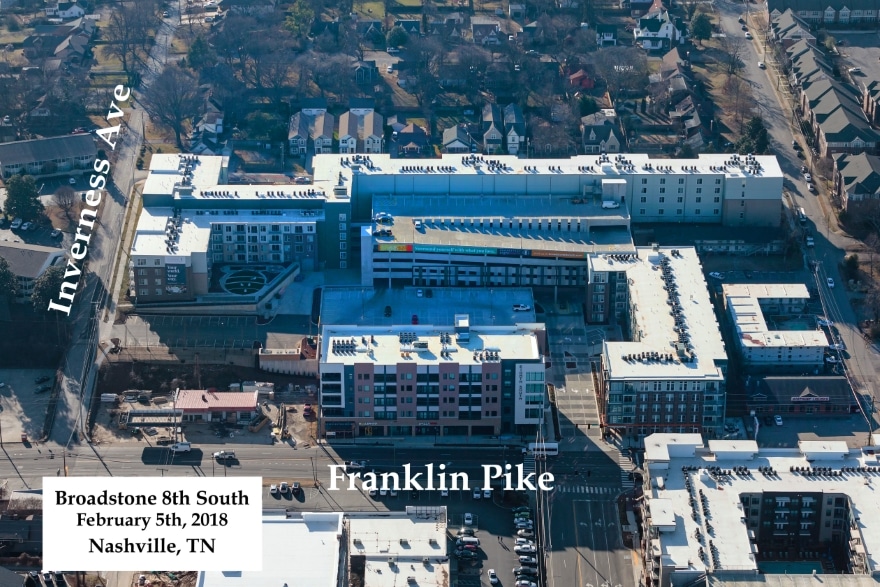 In its day, Mrs. Grissom’s was quite the local institution, distributing its wares to grocery chains across the Southeast. However, in April 2021 the brand was sold to another area company, Chairman’s Foods, and its operations relocated. But Mrs. Grissom’s being part of Greater Nashville history, Drinkard says the company’s century-old sign will adorn the entrance to Broadstone Berry Hill.

This past August, another Broadstone was completed in Nashville’s Southern Broadway district: an eight-story, 226-unit complex called SoBro, just a rock’s throw from downtown and Nissan Stadium, home of the Tennessee Titans.

While each Broadstone is unique, Drinkard says the complexes share many commonalities, among them appeal to young professionals who are flocking in groves to trendy Nashville and its environs. That influx, however, has created a significant housing crunch. While Broadstone apartments are market rate, they’re still more affordable than owning.

“So you’re a young person looking to buy in Davidson County? Forget about it unless you’ve got a lot of money,” Drinkard says. “Our target is recent graduates and young business people.”

Indeed, that demographic has come to expect the kinds of amenities Alliance offers. Each Broadstone is green-certified and includes e-car charging stations, dog spas, fully outfitted swimming pools and all-Energy Star appliances. Sustainability’s as much about good business as it is social responsibility, Drinkard says. 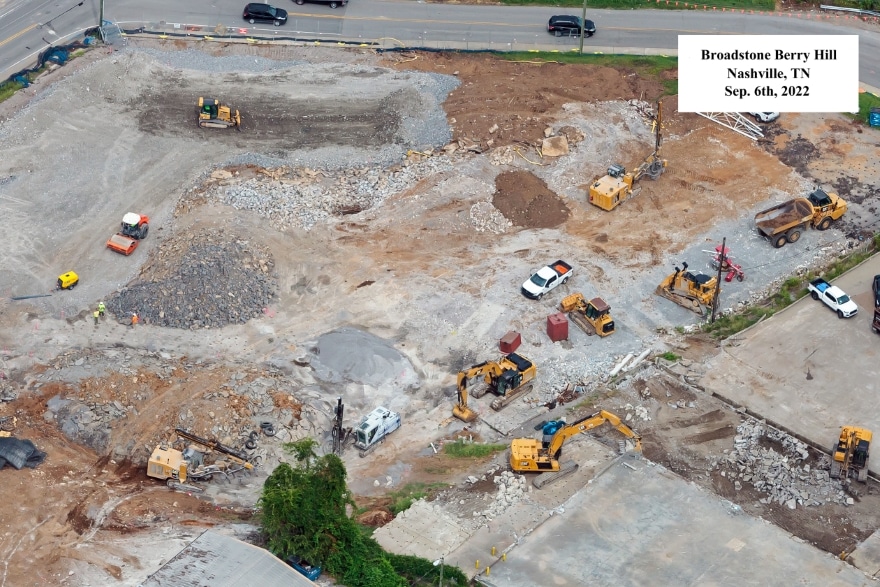 “I’m not a financial man signing equity partners, but I know there are benefits and tax breaks for having a green building plan,” he says. “We’ll spend more on the front end but it’s a good business practice that keeps us steps ahead of the competitors.”

It’s all part of being a construction executive, which is what Drinkard realized he wanted to be as an Auburn University undergrad. Baseball, however, was his first passion, Drinkard being a fine player at Northwest Shoals Community College. But the Tigers had a tougher lineup to crack, and while Drinkard did make the team his junior and senior year, he concentrated more on his studies.

“I loved my time at Auburn even if I didn’t play much baseball,” he says. “It’s one of the top three construction management schools in the country.”

Classes to build upon

He thrived in a curriculum that included courses in construction law and infotech and interned for a builder in Washington, D.C. Still, most of his learning has come on the job, first from 2010-15 as superintendent and field engineer at Construction Enterprises in Franklin, Tennessee, and since then with Alliance. 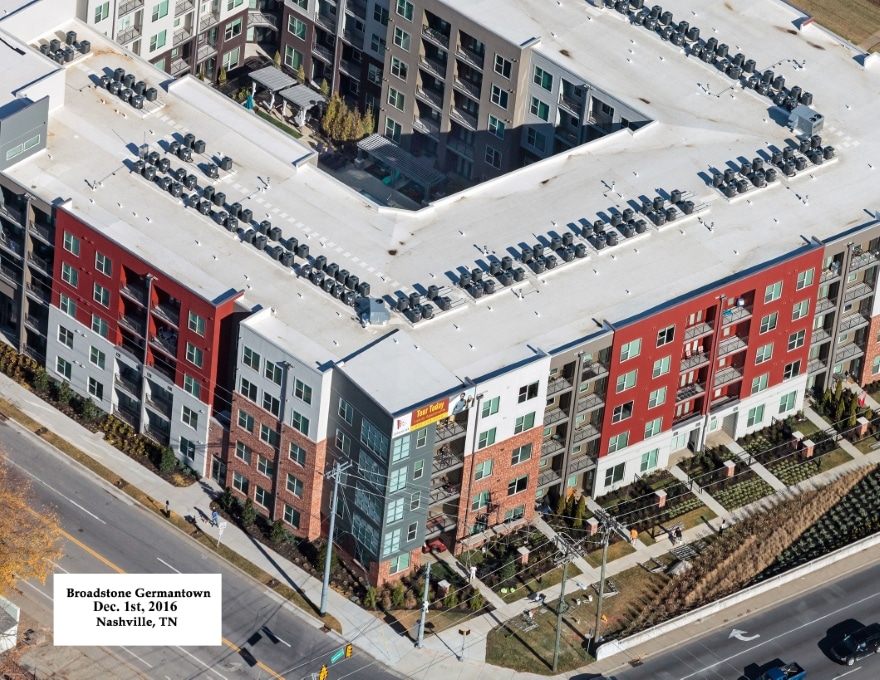 For Drinkard, the thrill of being part of something from groundbreaking to ribbon-cutting never wanes. There’ll likely be more Broadstones to come, and Alliance also might be building its more modest garden style apartments, Prose, in Tennessee. Whatever the company direction, Drinkard’s sure to keep busy and find satisfaction in the process.

“It’s so cool to be an integral part of growth,” says the married father of four children, one a special needs son who, like his dad, loves baseball. “I’ve never wanted to be restricted to a cubicle. I want to be outside and see projects completed.” 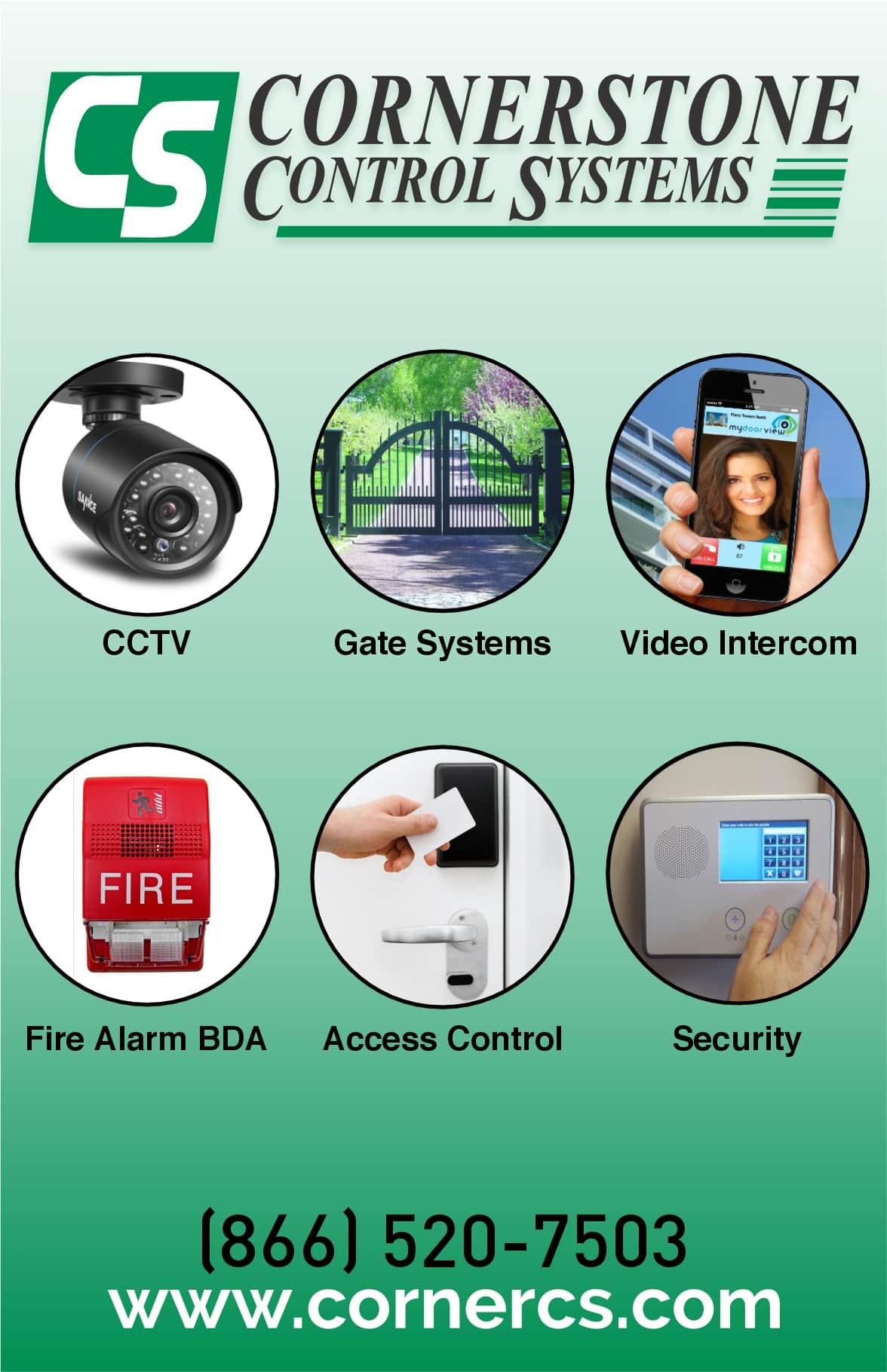 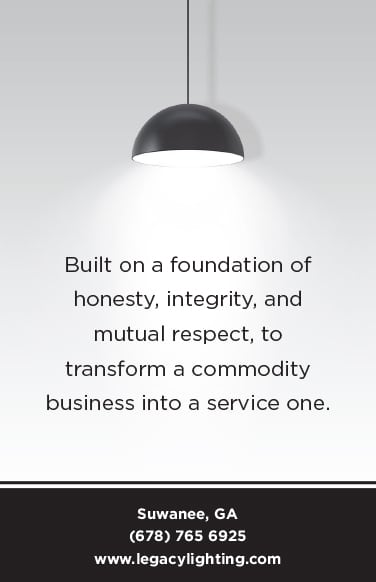 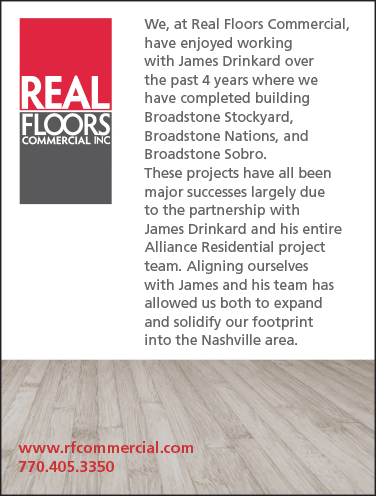