United Construction VP builds on his experience and tech expertise

Jake Basten could talk about The Highlands at Aero Park in Menomonee Falls, Wisconsin, for hours. The four story, 224-unit multifamily complex broke ground in the spring and has an indoor pool, club room and internet cafe. Its massage and spa area will feature a private masseuse and there’s a maker space—similar to an art studio.

“It’s really an innovative building. It’s a big reason why I came to work here at United Construction,” Basten says. “My goal is to be a part of complex, fantastic projects that are fun to build and this project is just that and more.” 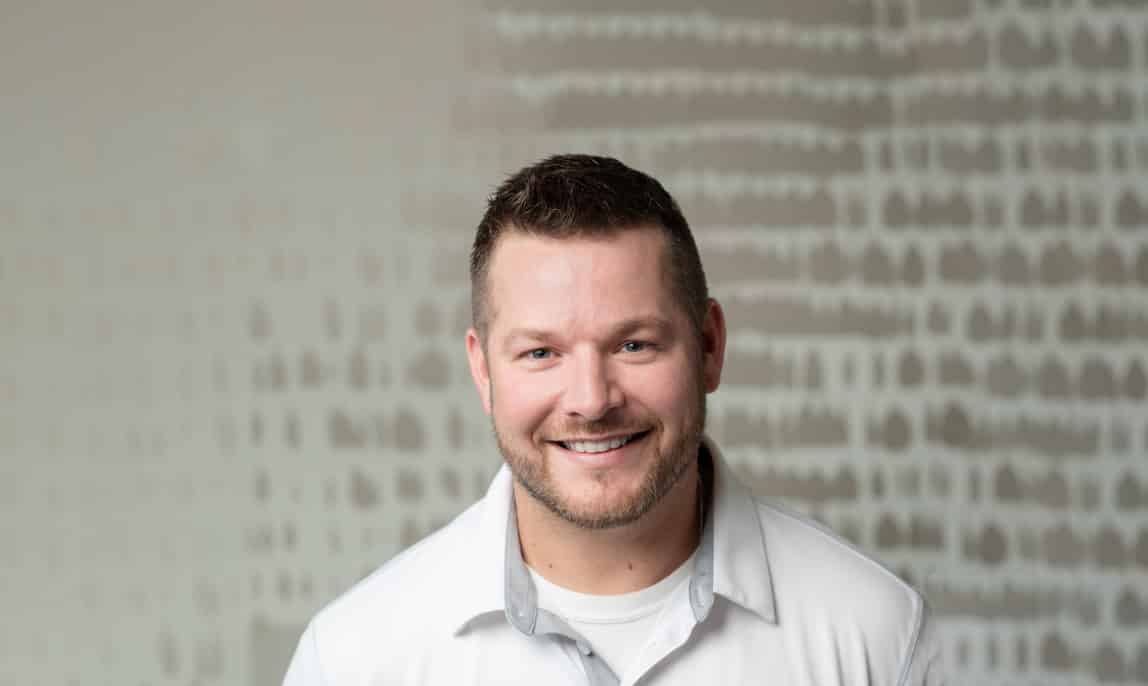 Jake Basten joined United Construction as vice president of construction in September 2020, after planning and permitting for The Highlands at Aero Park had begun. Still, he’s put his stamp on the project and its processes. He’s also working to change company culture by adding technology, enhancing safety training, implementing detailed schedules and improving communication.

Taking on the full scope

United Construction is a division of United Financial Group, which was founded in 1978 and is headquartered in Appleton, Wisconsin. The company specializes in planning, building and managing multifamily homes. Its Highlands complexes are designed for residents who are 55-plus and its market rate Paragon Place communities are designed for families.

The Highlands at Aero Park will be built in five phases, with the first 62 units and amenities scheduled to open in September 2023. The second phase will add 42 units in May 2024, Basten says. Future phases will add the balance of 121 units. 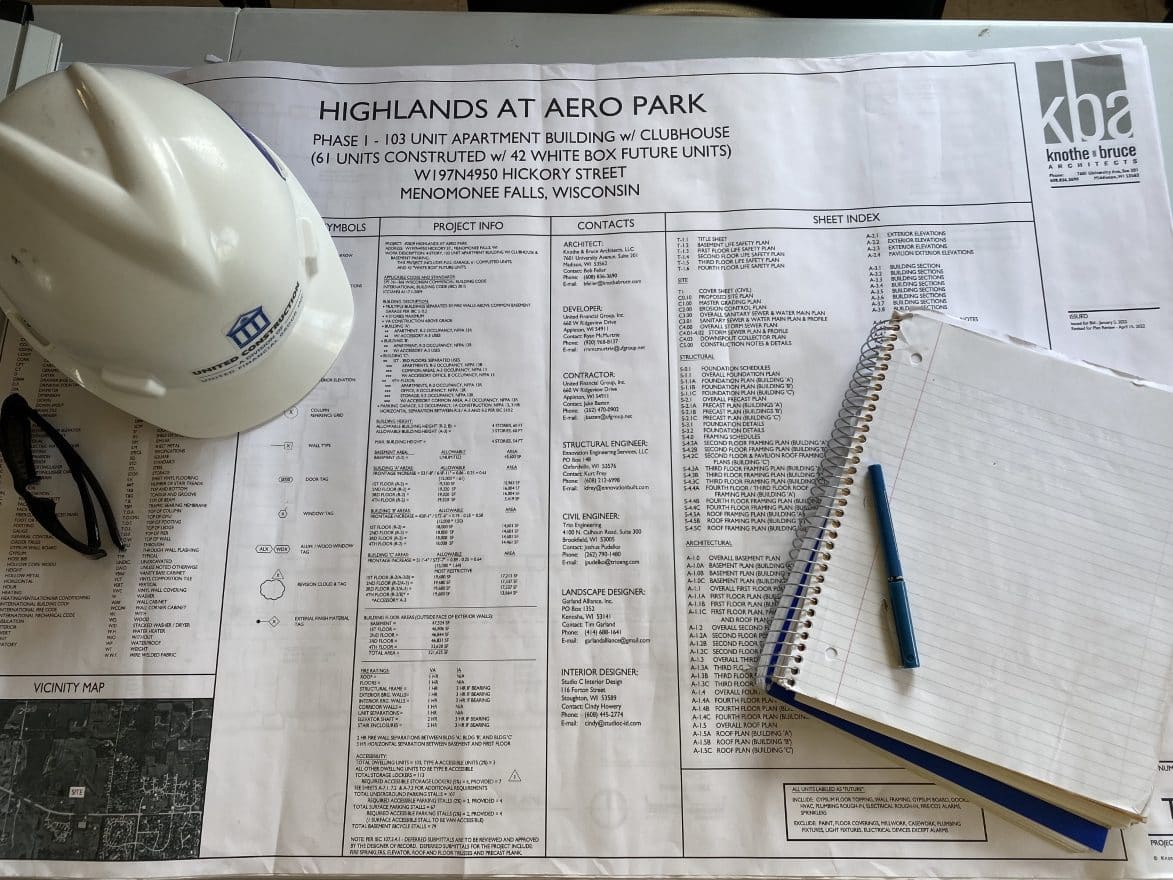 As work commences there, Basten works with a team as part of the two to three-year planning process for future projects. He works with division leadership and architects to refine the plans, which can prevent costly changes when work begins. He also helps get the permits needed to begin projects.

United Construction works with a network of subcontractors managed by Basten and his team. He’s responsible for developing and defining scopes of work as well as managing the project bids and awarding subcontracts. He also manages budgets, contracts and project change orders and he’s on-site at least once per week to support the construction superintendent.

Basten oversees renovation and rehab projects, too, which typically involve replacing flooring, cabinets, countertops and light fixtures. Those projects are done in United Construction communities as they reach 15 years old and amount to about $3 million and 100 units annually.

“I’ve probably saved a forest since joining the company,” he jokes about shifting from paper-based planning and documenting by implementing Procore software. Basten says the software stores and manages documents, including contracts. It also stores change orders, tracks costs and allows United Construction to be more efficient in scheduling subcontractor work.

There’s also a dashboard allowing the company and its subcontractors to view documents and plans from anywhere. 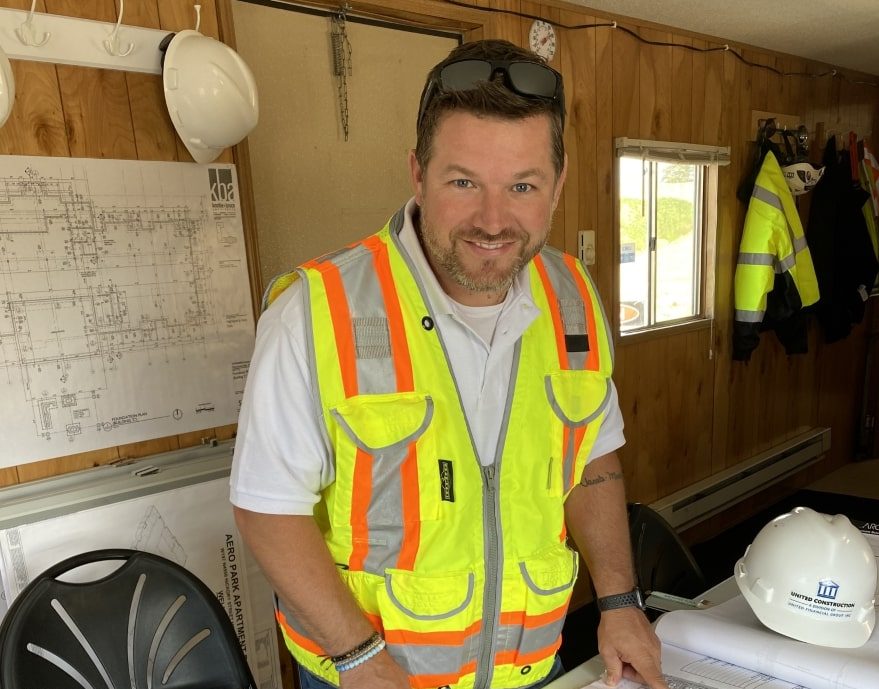 “I came from a background of electronic documentation, so implementing a more efficient process of organizing projects was a priority for me,” Basten says.

Basten says the company and its leadership have completely supported his efforts, and that United Construction now works with subcontractors much earlier in the project planning, as well as in weekly meetings when construction is under way.

Building a career and family

Basten was raised in suburban Green Bay and began working in the shop at Jacob C. Basten Construction when he was about 15. When he earned his driver’s license, he began delivering materials and equipment to jobsites. He became a union laborer when he was 17, doing everything from sweeping floors to framing walls and pouring foundations.

His family’s company closed while Basten was attending the Milwaukee School of Engineering, where he earned degrees in architectural engineering and construction management while also playing on the school’s ice hockey team that won a conference championship when he was a senior.

After graduating in 2006, Basten joined Power Construction as a project engineer and assistant project manager in Chicago. He says working there enabled him to understand how to build large, complex buildings and he was part of the team that built the Ann & Robert H. Lurie Children’s Hospital of Chicago. 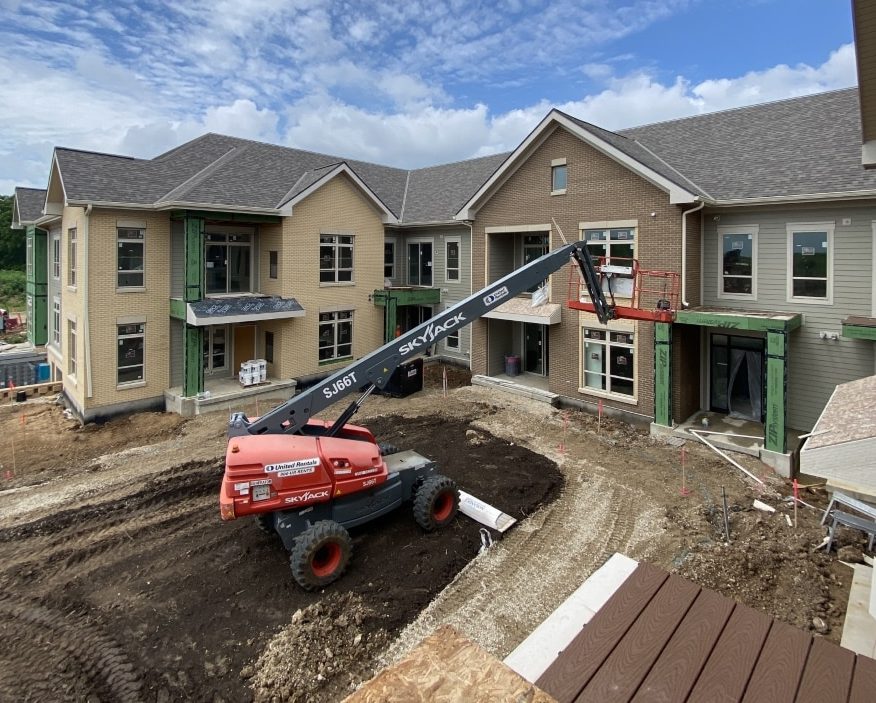 Basten met his wife while working at Power Construction in Chicago. When expecting their third child, they decided to return to Wisconsin.

In 2010, he joined Horizon Retail Construction of Sturtevant, Wisconsin, as a senior project manager, helping guide retail construction in airports throughout the U.S. In January 2018, he joined Greenfire Management Services LLC as a project manager. It was here he began working with the technology he introduced to United Construction.

Basten and his wife celebrated the birth of their sixth child in June and he says the work-life balance at United Construction is a big part of why he enjoys the company so much. That balance provides him the time to coach his son’s soccer team—and help run the local soccer organization.

“I really wasn’t looking to make a move from Greenfire, but the people and work here drew me to United Construction,” Basten says. “I look forward to continuing to be a part of this amazing company for years to come.” 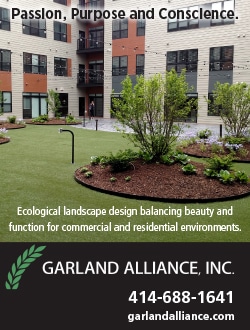 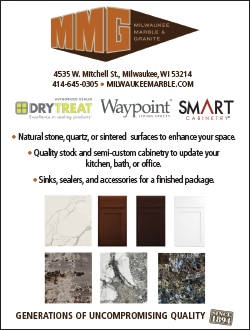 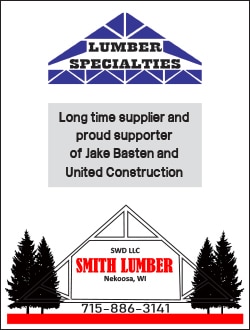 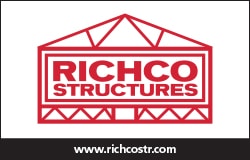