Sawyer Mill, stretching along the Bellamy River in Dover, New Hampshire, is a solid place to call home. Inside, the brick, exposed beams and pock-marked posts are reminders of New England’s manufacturing past—and now 226 apartments and a fitness center offer comfortable modern living. 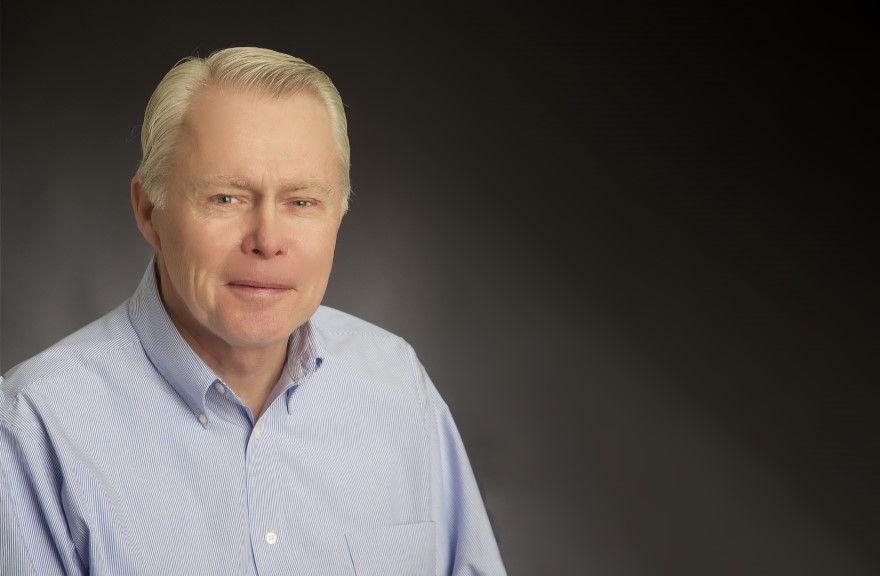 The Bellamy River passes between the mill buildings. Once the power source that sustained the mill for centuries whether it cut, ground or made lumber, grist and textiles, it’s both a vibrant reminder of the past and a stunning setting for residents to enjoy.

There were once two dams breaching the Bellamy. While those held drama and beauty of their own, especially when spring snow melt roared over them, they held little use in the 21st century. After the first one was removed in 2018, most of the second one was removed in early 2020—a highly technical project that “fits our profile,” says Jack Enos, CEO and president of T Ford Co. Inc. of Georgetown, Massachusetts, which did the work.

There are not many companies ready to take on dam removals, because even though the upper dam was not completely removed, it was never just a case of taking out a chunk of granite here and a boulder there, Enos notes. TFCI, however, has thrived on such work for 30 years.

“We’re very versatile and client-oriented,” he says of the business. “We’re contractors with a core of engineering knowledge and experience and we’ve always been ready to take on new challenges.”

Founded in 1983 by Tom Ford, who was one year ahead of Enos at Boston’s Northeastern University, TFCI began with more conventional engineering and contracting work in Massachusetts and beyond. Enos joined TFCI in 1990 as the company was looking for new challenges and the marketplace was presenting them. 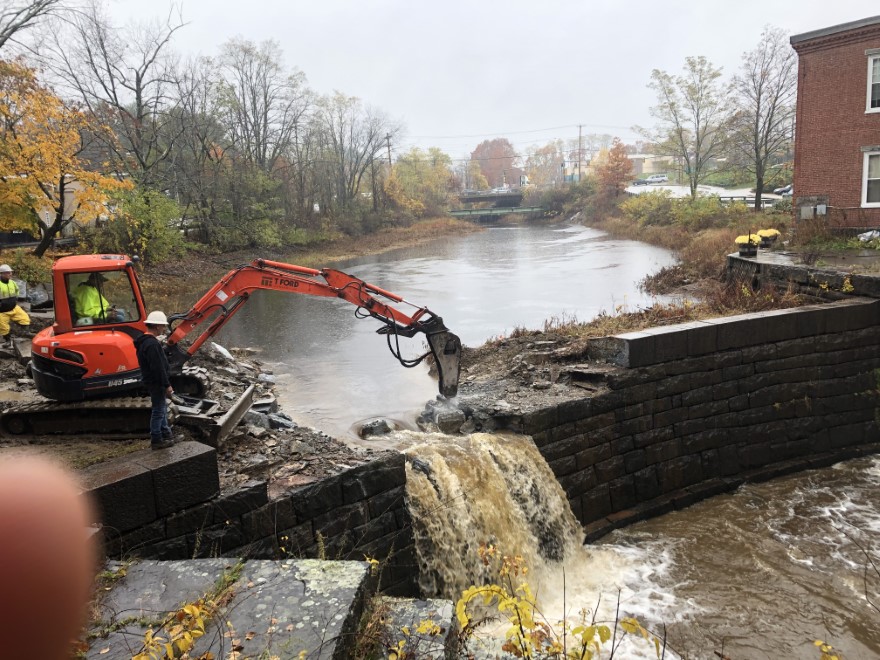 “I think in 1990, the emphasis on dam safety is not what it is today, so the dam work grew out of some unfortunate problems triggering government and public interest,” Enos explains.

It’s not only dam safety in question, as the relics of New England’s industrial development were also increasingly seen as obstacles to the environmental health of river ecosystems. Whether because they blocked fish from returning to spawning grounds or because of contaminated silt and sediment behind them, dam removal became a new current of opportunity.Post

But as seen on the Sawyer Mill Upper Dam, it’s never as simple as just removing the granite and letting the current flow freely again.

Indeed, the mill owners did not want the whole dam removed. Instead, TFCI cut a notch into the dam after splitting the river channel to maintain the flow on one side while holding sediment on the other as the project progressed. 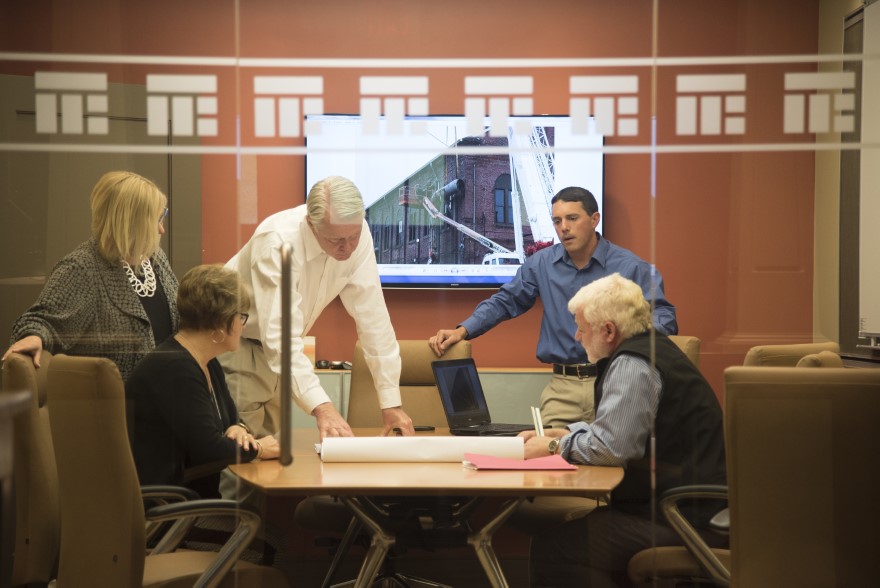 The sediment was largely sand and silt sprinkled with layers of sawdust deposited from a bygone time. Because it had been retained by the dam for so long, the sediment was contaminated with various petroleum compounds that had built up over time and could not just be dumped anywhere.

“It was like peeling apart an onion of history,” Enos says. “It had to be disposed of in multiple places.”

And the removed granite was granted a new life—the materials are on display outside the building to highlight the mill’s history.

Sometimes TFCI works on the river, sometimes it works in the backyard, as it’s done on the banks of Frost Fish Brook in Danvers, Massachusetts.

That’s where the company stabilized and restored a half-mile section of the meandering stream that passes through residential developments dating to the ‘50s and ‘60s on its way to the Porter River. While the city retains easements on the banks, there were just three access points from which to do the work—even as boulders up to 3 tons were installed. 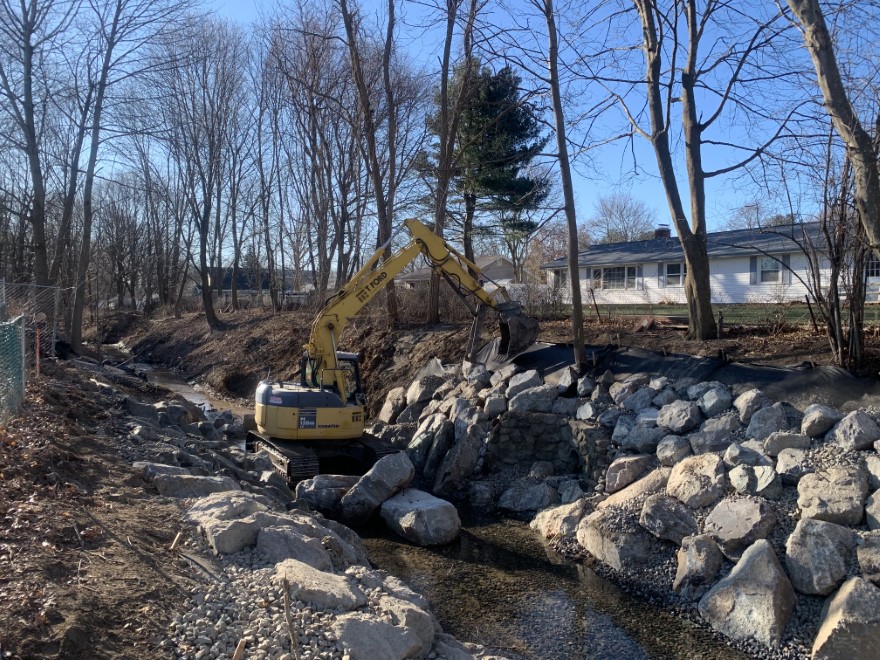 It took some pivoting to get the work done—TFCI’s track trucks carried loads along the banks. The cabs and bodies can move 360 degrees, so the loads could be dumped from any angle, Enos says.

Further complicating construction, environmental regulations prohibit work between April 1 and June 30, to protect the ecosystem and land and water wildlife.

“One of the interesting and nice parts of the job is we had excellent support from the neighbors,” Enos said. “Not only were they happy to see the work done, they kept bringing out coffee and lemonade for us.”

No caps on their work

TFCI works on dry land, too—it’s come to specialize in building the concrete foundations needed for ballast and support at solar farms now popping up over capped landfills in New England. While the landfills in Billerica, Groton, Hamilton, Weston, Saugus and other Massachusetts towns are prime real estate for solar arrays, they also hide contaminants or trash that can’t be exposed. 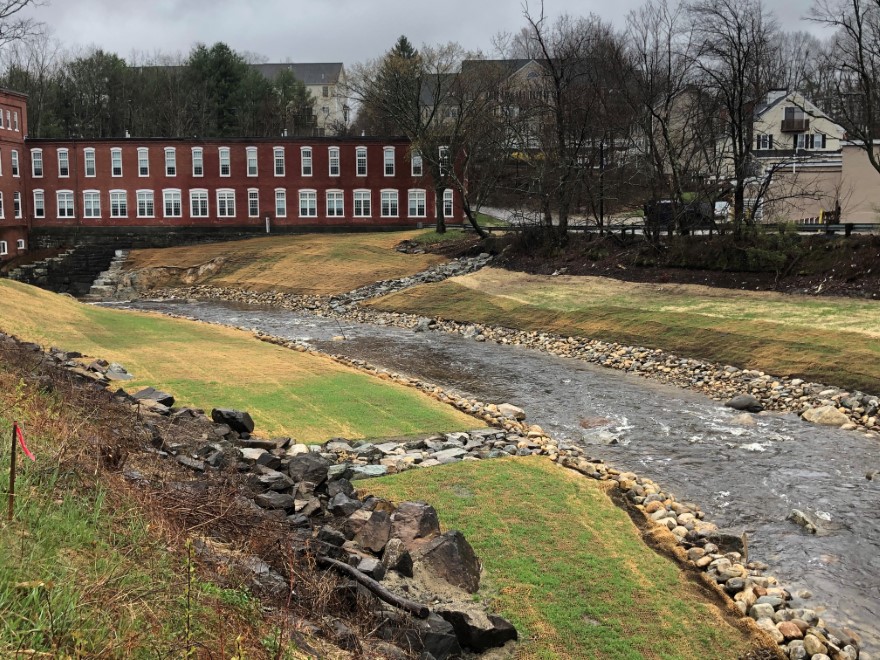 So while TFCI does not make the connections that turn on the sunlit harvest at a solar farm, it does make sure the foundations for the panels do not puncture the lining of a landfill’s cap, releasing toxins or allowing water into the landfill which can result in leachates seeping into the groundwater.

As Enos notes, solar farms were hardly in vogue in 1990 when he joined TFCI as a vice president. A Massachusetts native who earned a bachelor’s in civil engineering at Northeastern University and a master’s in geotechnical and geo-environmental engineering at the Massachusetts Institute of Technology, he was a project engineer at GEI Consultants before Ford invited him to join the company.

In January 2019, Tom Ford sold his interest in TFCI to Enos.

“Jack is one of the most thoughtful, earnest and considerate business professionals that I have ever known,” Ford says of his old friend.

For Enos, finding new challenges for TFCI and its talented staff is the mission, and he’ll stay involved from bidding and planning to execution.

“T Ford’s reputation precedes us,” he says. “We’re a group that does not cut corners where excellence is mandated. Our team has a diverse list of projects and our experience and reliability means we enjoy repeat business from clients.” 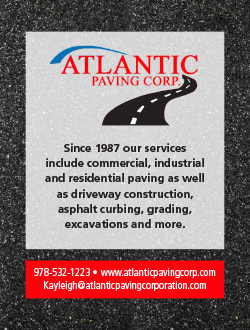 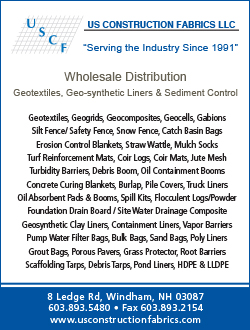 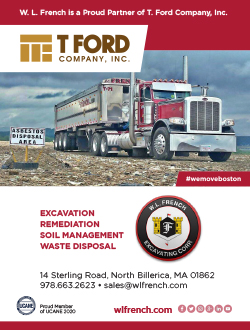