To Iga Wyrzykowski, there’s a certain awe that strikes her when she walks through an airport, past one of the XpresSpa stores she’s helped create.

“I walk by and think to myself, ‘Wow I designed that!,’” XpresSpa’s director of store design and construction says. “The transformation is amazing. It’s incredible to think that I designed something that promotes relaxation and rejuvenation to the hustle and bustle of an airport.” 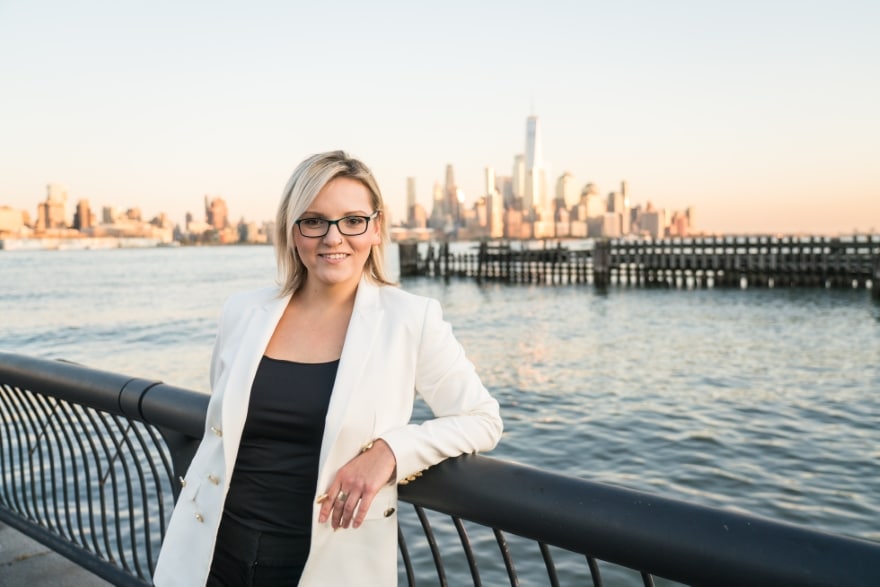 For the past two years Wyrzykowski has done exactly that, helping build or remodel more than 40 airport spas and helping to redefine the company’s look by giving it a more high-end feel.

“There’s nothing quite like taking someone’s concept and breathing life into it; transforming it into something someone enjoys,” Wyrzykowski says.

As one of the largest spa networks in the country, XpresSpa has found a niche by giving weary travelers a soothing sanctuary. More locations are popping up around the country with services in high demand, Wyrzykowski says. The airport projects are just part of a company-wide strategy to enter major hubs like Atlanta, Las Vegas and Philadelphia.

“Our mission is to be there for the jetsetter, the mover, the shaker, the adventurer, the busy, the tired, the stressed—when and where they need us. We are trying to gain exposure in every major airport and in multiple terminals,” she says. 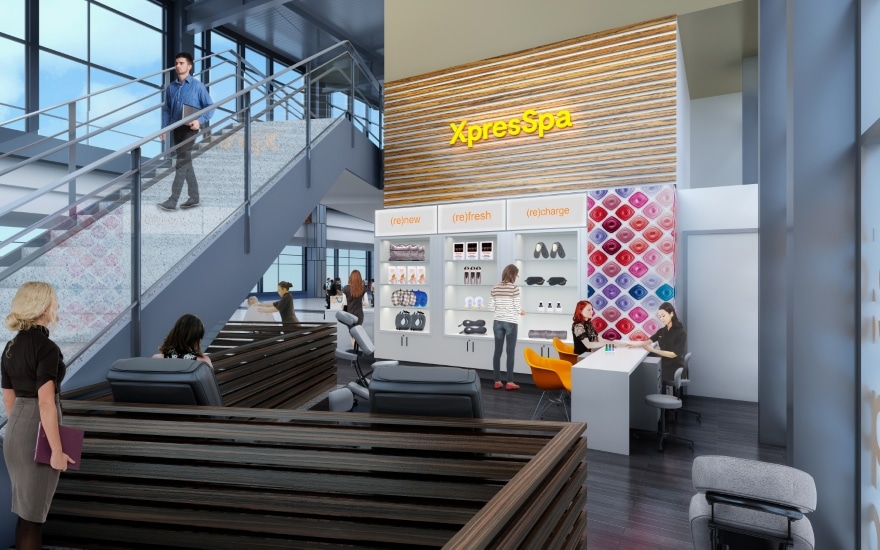 It’s big business; offering everything from massages, stress relieving meditation services, traditional manicures and pedicures, the latest cryotherapy (where cold air gets puffed on your face to help you breathe better and reduce stress and wrinkles) and even compression therapy to boost circulation in travelers’ arms and legs.

Some interesting projects are under construction with more in the pipeline. The first one in Austin—with three onsite airport locations—is part of a new franchise program that started back in 2018, slated for completion by the summer.

“We are really excited about this new and unique model within the airports, with an open air store feel and lots of natural lighting,” Wyrzykowski says.

Other locations include Las Vegas; another new shop in Atlanta, bringing the total to four in that airport; Minneapolis; and San Francisco, the first of its kind to partner with a gym for a spa-gym combo by the end of the year.

“In this model people can come in, work out, get services or take a shower and feel refreshed,” she says.

It’s just part of a trend XpresSpa is looking at for its future collaborations, which will include developing strategic partnerships with everything from chiropractors to meditation apps.

Adaptability, on the fly

There’s no simple formula for developing spa spaces and it’s a lot harder than it sounds, Wyrzykowski says.

For one thing, spaces within each airport are not standardized, and XpresSpa never knows exactly where it will be located. Licensing is also complex; varying regulations and design specifications abound. On the company side, design packages have to be put together and a board of directors at each airport must review each location and approve the company’s proposal. From start to finish it can take 1 1/2 to two years.

“The process is difficult; each time we submit a new design proposal we are essentially starting from scratch,” Wyrzykowski says. “We are forever learning something new about airport life and customers, trying to adapt and come up with something that pleases everyone.”

You’ll know it when you see it

Another initiative that falls on Wyrzykowski’s plate is rebranding— and it’s proving to be a moving target.

“It has a lot to do with identifying our customer and understanding their needs and wants. We need to follow the trends of the travelers now and with the generations to come,” she says. “Additionally, we are starting to see a trend of sustainability in airports. More airports are going ‘green’ and we need to adapt.” 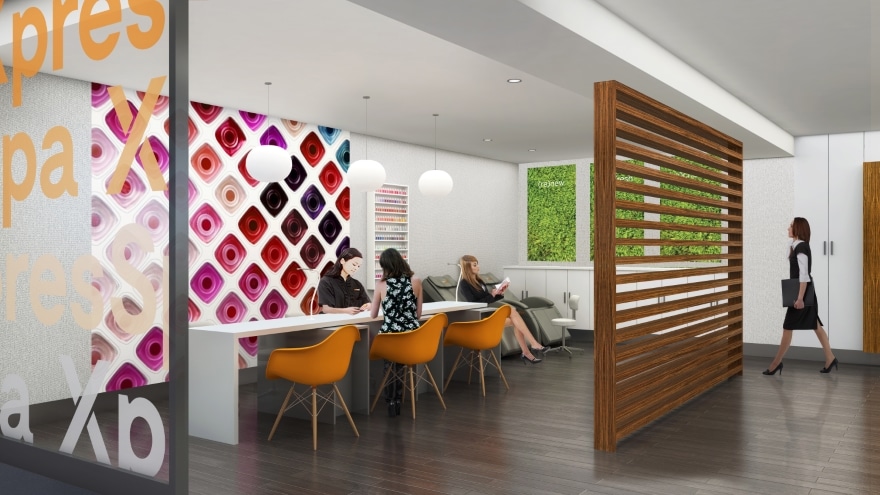 The rebranding, which started in 2017, is still in progress. While the color scheme falls into the realm of whites and grays with an orange logo, there are also greens and blues being added to the palette as part of XpresSpa’s “green initiative.”

“We are tweaking everything that touches our senses in our designs … from wall acoustics to the soothing nature of lighting,” Wyrzykowski says.

By 2013, Polish-born Wyrzykowski had begun her career with bachelor’s and master’s degrees in architecture from the Wentworth Institute of Technology.

Leaving the Boston area, she took her first major architectural design position in New York City with Heitler Houstoun Architects. She stayed in that position for three years—earning three promotions in a single year.

“I was on cloud nine,” she says, having the luxury of working the whole time with a single client Drybar, a blowout hair salon where she helped the California outfit develop 40 locations. “It was a great experience because I got to know every aspect of the business, the client and its brand.”

Her focus and subsequent success got her noticed and in 2016 she landed a technical designer position at Gensler, one of the largest architectural design houses in the world. There she took on different clients from Verizon to redeveloping a retail merchandizing outlet at Pittsburg Pirates stadium (PNC Park) over the course of two years.

She was hired by XpresSpa in 2017 as a construction project manager before being promoted to director in 2018. It was a move, she says, that put all of the pieces together—from applying the in-depth knowledge of working with a single client and covering all aspects of a project, to focusing on the intricate details of the minutiae at big company projects.

“From my first days on the job I pushed myself to work hard and act as a sponge to absorb as much knowledge as possible. I pushed myself harder every day in hopes that my time and effort would one day pay off,” Wyrzykowski says. “Eventually everything finally does fall into place. Looking back now, I’m glad for what the past years have shown me because they helped me develop into who I am right now.” 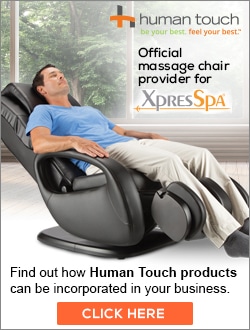