A director has designing down to a science

Magicians may be able pull rabbits out of hats, but Hugo Ojeda has a more impressive trick. For two decades, he’s been turning drawings into buildings.

“I’ve always enjoyed the construction and facilities operations of high-tech companies,” says Ojeda, who started his career at IBM. “Each time I pass a building I helped create, I’m excited that I’m also building a legacy.”

Since 2018, he’s been expanding that legacy as the senior director of design and construction at NVIDIA. The accelerated computing company hired him to oversee its project for a new campus building in Santa Clara, California. 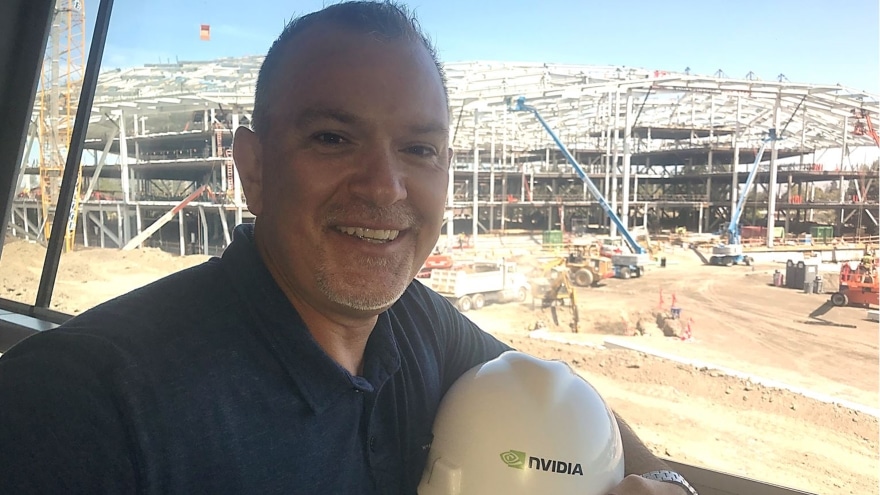 “It’s NVIDIA’s new crown jewel, and it’s been my labor of love for the last three and half years,” he said when speaking to Blueprint in April 2022.

He says Voyager is being built as an engineering building, which plays to his strengths as he graduated from the University of New Mexico with a bachelor’s in electrical and electronics engineering.

“I’m so proud of what we’ve accomplished, including the architecture of open labs and spaces,” he says.

The science of open spaces

Voyager’s interior evokes mountains in the region—the open floors are meant to reference plateaus, and the rich brown palette and the plant wall next to the reception desk in the lobby emulate the outdoors, Ojeda says.

“The lobby is meant to resemble a mountainous base camp, which gives it an open, airy feel,” he says. “This extends to the bird’s nest-like offices on the rooftops, where colleagues can work in the open air, meet with each other or simply take a break to enjoy a nice view.” 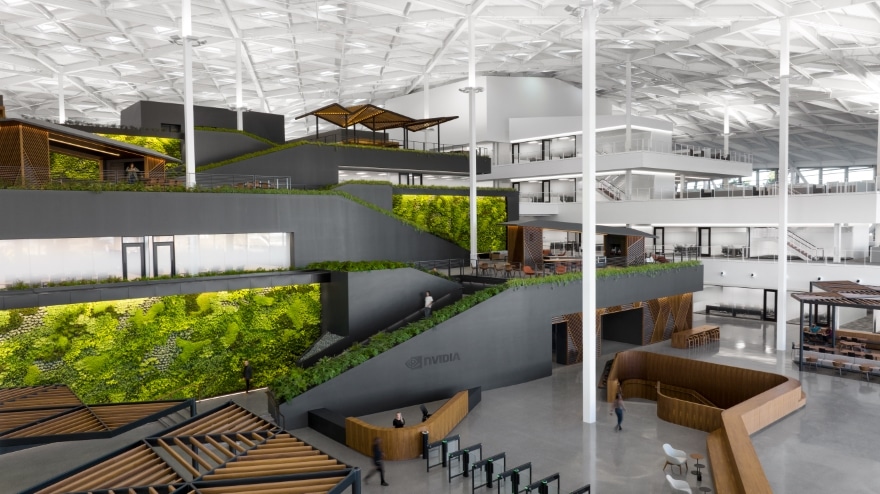 Many spaces are multiuse and allow for spontaneous collaboration, an approach Ojeda took when designing the labs, also. Instead of being created for specific purposes, they’re more “bare bones,” with workbenches that aren’t dedicated to one team or business unit. Rather, these workbenches, which have outlets and chairs, are rented out on a team and project basis.

Ojeda says having the flexibility to change directions based on a team’s requirements is key in NVIDIA’s fast-moving environment.

“There’s no point in overbuilding or making a lab specific to a project or department, such as installing huge design smart boards for a graphics project, when a month later that lab may be needed to build faster gaming processor chips,” he says. “This also saves us from spending a lot of capital.”

When zero is a win

The building’s 40,000-square-foot labs were designed with a “net zero” energy approach, meaning each square foot is calibrated to use 25 kilowatts. This is not limiting, though, because if one square foot is using more, say 30 kilowatts, then another square foot reduces its usage to 20 kilowatts to compensate.

Ojeda helped NVIDIA use sustainable and renewable energy sources and incorporate sustainable design. The walkway between the older Endeavor and the new Voyager is lined with trees and large, tree-shaped aerial structures that house solar panels. 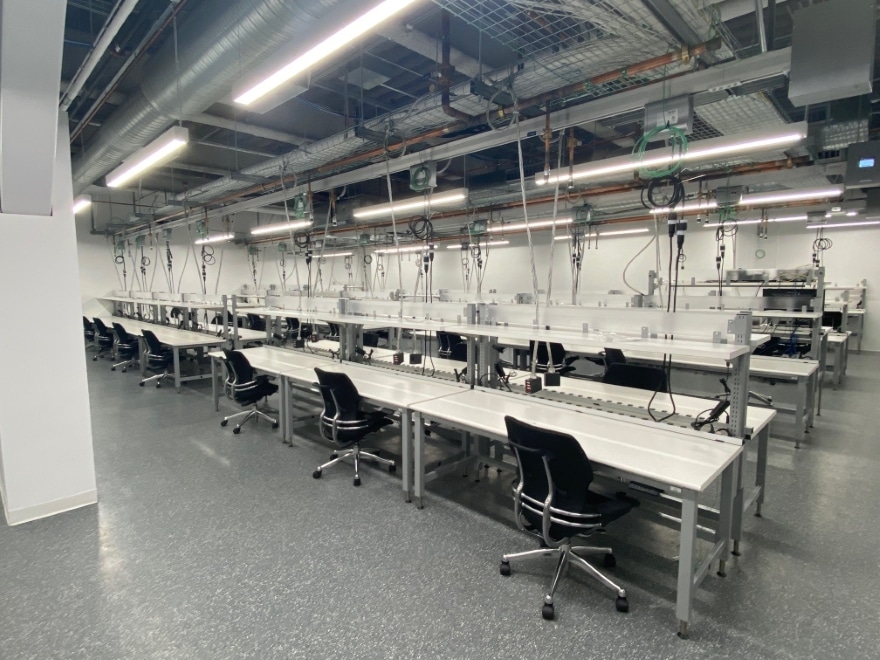 “We’re constantly thinking about and planning for the future, such as making room for new hires and the work they’ll do on new incoming projects, the latter of which we often find out about from the business group,” he says.

Ojeda adds that Voyager is a great example of planning for the future.

“Several departments at NVIDIA had predicted growth even before and then despite the pandemic,” he says. “We continued hiring through the pandemic.”

Hired by IBM after graduation, Ojeda stayed there for nearly a decade, contributing to the creation of circuit chips, like computer possessors and memory chips, that are used in everything from laptops to cell phones.

In the nearly five years afterwards, he joined an engineering firm and even tried working as a senior project manager for a construction management company. Yet, he missed designing and being more directly involved with the construction processes. So, in April 2015, he joined Brocade, a maker of computer networking products, as its director of global design, construction and operations, helping to build labs around the world. 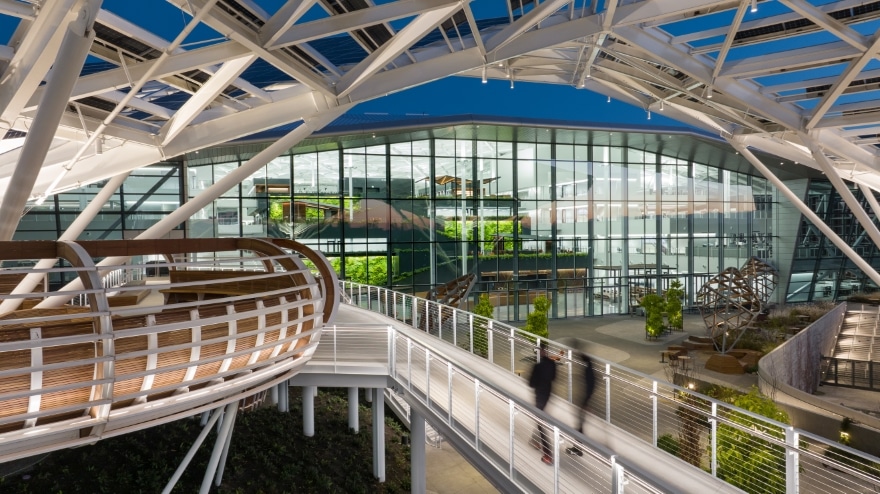 Three years later, he was offered a job at NVIDIA. He says he was excited to join a company focused on artificial intelligence work in everything from self-driving cars to computer gaming.

“Most people in the industry are mechanical and civil engineers, but my current role gives me the chance to bring my electrical engineering side to Voyager at NVIDIA, which helps with everything from net zero balance energy use to figuring out how to make this amazingly unique building function smoothly,” Ojeda says. 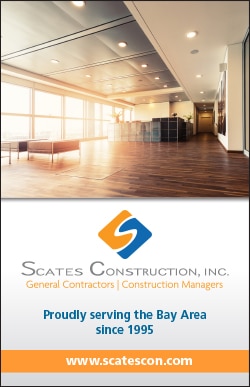