To say that the metal fabrication industry is male-dominated would be an understatement. But that hasn’t stopped Holly Gotfredson from making her own statement. 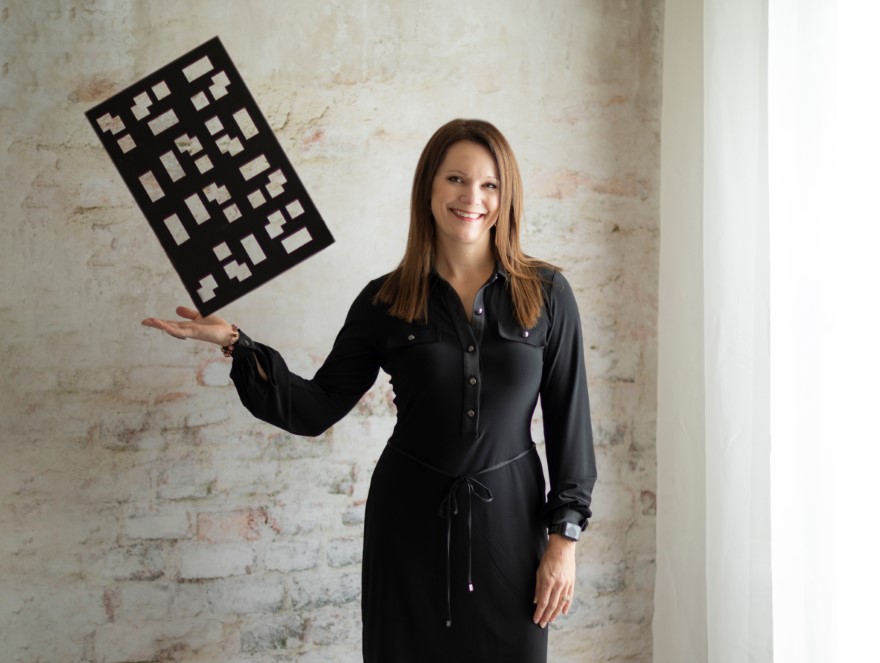 Several years ago, Gotfredson was involved in day-to-day operations of both American Metalcraft and its sister company, Finishing Dynamics, she recalls. Strong leadership skills as well as collaboration have allowed her to move into the role of business developer, educator, mentor and speaker.

“Empowering our team is important for a successful work environment and good for our member morale,” Gotfredson says. “Our team’s sense of community, kinship, mutual respect and trust create the right work environment to achieve excellent production related systems and top-quality products.”

More than just aluminum and coatings

Despite its roots in metro Atlanta, AMI’s work can be seen from coast to coast. Several years ago, it completed a project at the Delta Sky Club at Seattle-Tacoma International Airport. More recently, the company created custom vertical sunshades—designed by architecture firm LS3P—for the South Carolina Aeronautical School and is working on several major projects from California to New York. American Metalcraft is currently completing a large-scale casino project, Philly Live, with a custom perforated panel system. 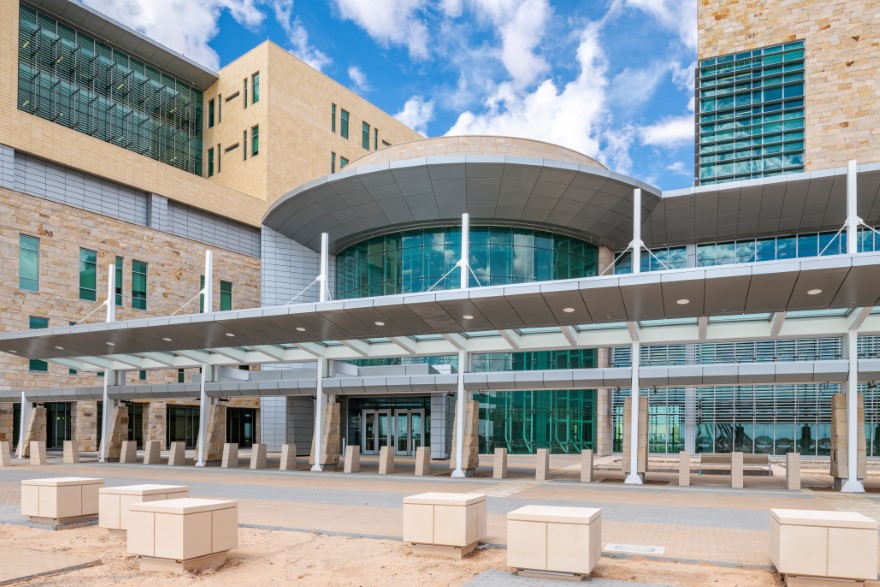 “We got the project, had three years of work ahead of us,” she says, “and then came the tariffs.”

Those who work in the A/E/C environment are accustomed to planning projects and budgets well in advance—sometimes years ahead. As whispers of tariffs began, Gotfredson says their metal suppliers reached out so AMI could be proactive and plan accordingly. They were able to save clients the pain of the initial price spikes and a lot of money—including Fort Bliss. 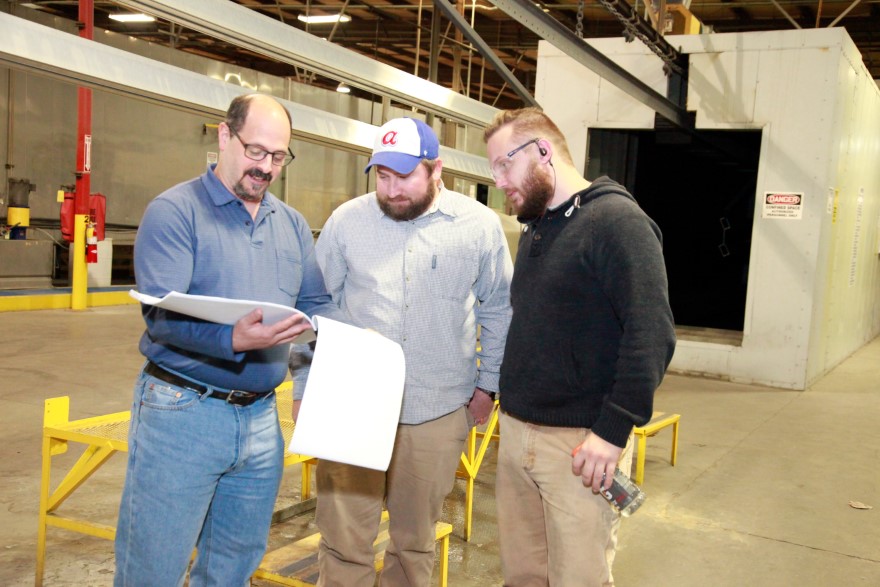 Despite the interesting route to her position, Gotfredson has been successful in using her unique perspective to act as a bridge between the architects’ quest for a project and the moving parts that bring it to life. She’s been very fortunate to have had several great mentors over the years, including the founder of both companies, Gary Gotfredson, her father-in-law, as well as her husband Erik Gotfredson, she says.

Gotfredson admits the way she got to where she is today wasn’t traditional or normal. Growing up in Alabama and Georgia, she attended the University of Georgia, where she studied art history with plans to become a museum curator.

After three years working in the membership business department at the High Museum of Art in Atlanta, Gotfredson knew her dreams of eventually becoming a curator had changed—she wanted to pursue something more active in the creative sector. 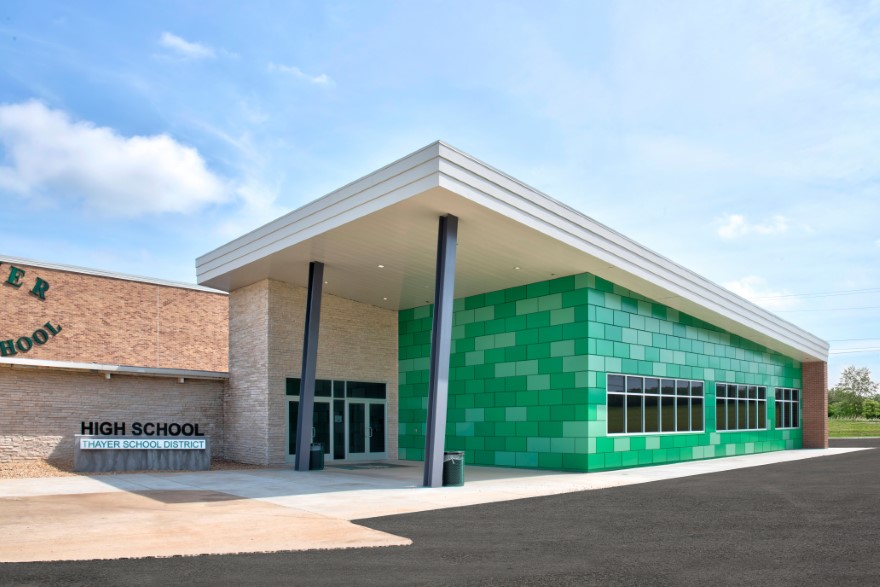 For the next decade, she worked in marketing and advertising, learning a lot about layouts, branding, the day-to-day operations of a company, client management and more. She had her hands in all aspects of the field, including producing TV, magazine and newspaper ads; web design and other pieces of advertising. After she got married and started a family, she began working part time for her father-in-law’s company, American Metalcraft.

At first, she was doing small marketing projects, administrative work and helping where she could. She transitioned into a full-time position, receiving hands-on training in several facets of the business and finally found a fit as the director of human resources and accounting.

“It was a slow fade into a full-time position, and I’ll give my husband credit because he saw this willingness to learn new things and a creative spark in me before I ever did,” she says. “I just fell in love with the whole business. I love watching the paint lines and fabrication process at the beginning and then seeing the project photos when the work is installed and completed.”

Still, she concedes, because of her family connection to the company, moving up in the ranks was harder than it would have been for someone else in her position. 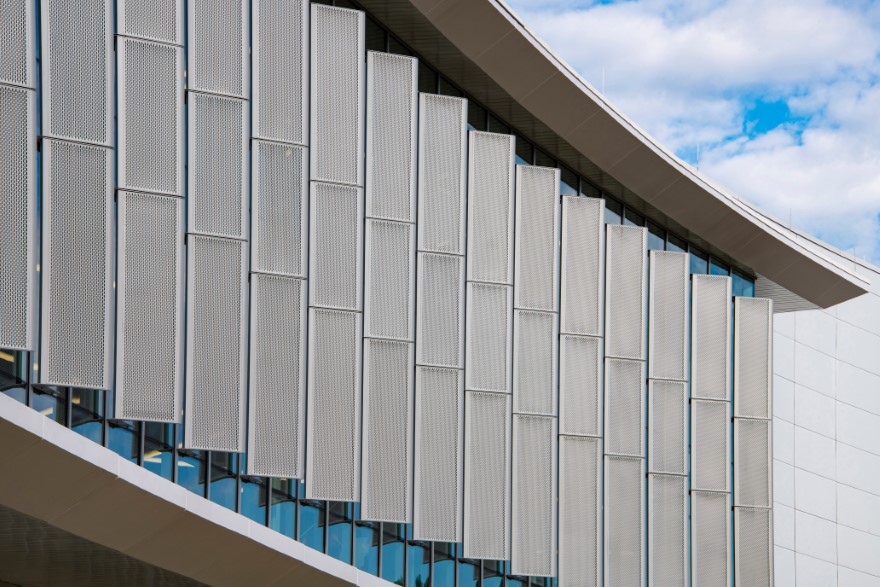 “I had to earn the respect of our team,” Gotfredson says. “I was putting in just as many hours as everybody else but was mindful of the possible perception that I was seen as the wife of one of the owners instead of having unique skills and qualifications of my own.”

In 2017, Gotfredson purchased American Metalcraft. Despite the ebb and flow of the A/E/C world, American Metalcraft has had sustained success and remained a leader in architectural aluminum products for the last 34 years, she says.

“I’m so grateful to be a part of these great companies and all they have to offer,” Gotfredson says. “As a second-generation owner, it’s not lost on me that I have not only the honor, but also the responsibility, to meet and exceed the high expectations and excellent reputation that embodies our work, team and company names.”

Being a female leader in a male-dominated industry

Gotfredson admits she’s definitely in the minority when it comes to female ownership of a metal company. But that isn’t a negative, she adds.

“I was given the opportunity to prove myself and to prove that I’m here for a reason,” she says. “I hope that I can continue to grow as a business leader and be an advocate for the future of manufacturing.”

One of the things Gotfredson is doing in her position of leadership is showing young girls that they too can take shop class in high school—and that working in manufacturing isn’t an industry just for men. 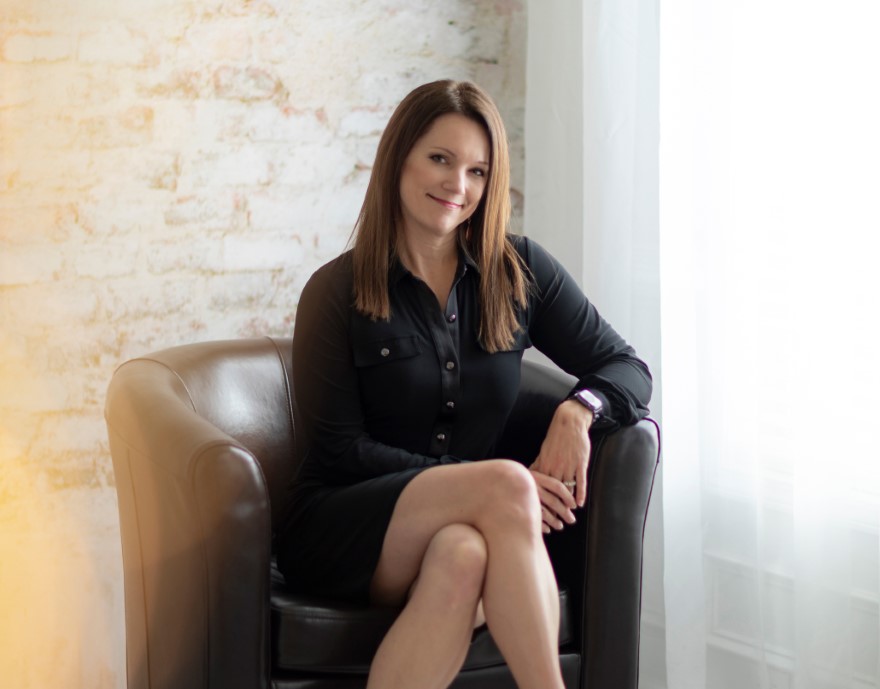 “This has come full circle, because as a little girl I loved to build with Legos and Lincoln Logs,” she recalls. “I’m so glad I have the opportunity to connect the dots on what erector sets and tinker toys can translate into as a young person charts their career path.”

Gotfredson was a guest speaker for a virtual internship with 12 college students where she spoke about the wonderful opportunities and career paths in manufacturing. She’s currently speaking with the nonprofit, “She Built This City,” about partnering in a virtual career day and offering AIA-certified education to up-and-coming young architects.

Gotfredson is also part of several professional organizations, including Women in Manufacturing. She’s been the guest speaker at several events and taught AIA-approved CEU classes on metal panel design and architectural coatings.

“It is my hope that by speaking, educating and being involved with our local community that we can change the old perception of manufacturing—that it’s this blue-collar, hourly wage and road to nowhere—when in fact, innovation and high level career paths are being formed from this background,” she explains. “I feel like my role, especially as a female president, is to spread the word that there are great opportunities for women and men to invent, innovate and shape the future of manufacturing.”

Not bad for an art history major. 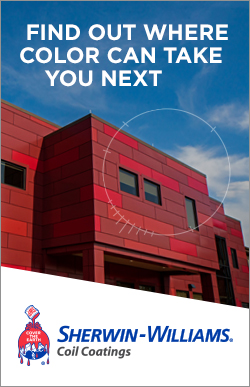