Flexing new muscles in gym design to pump you up!

For Hilleary Steckler, the best part of the job is walking through the doors of a finished VASA Fitness location—to see it through the eyes of a member. Knowing the amount of work dedicated to each location, Steckler says it fills her with a sense of accomplishment. 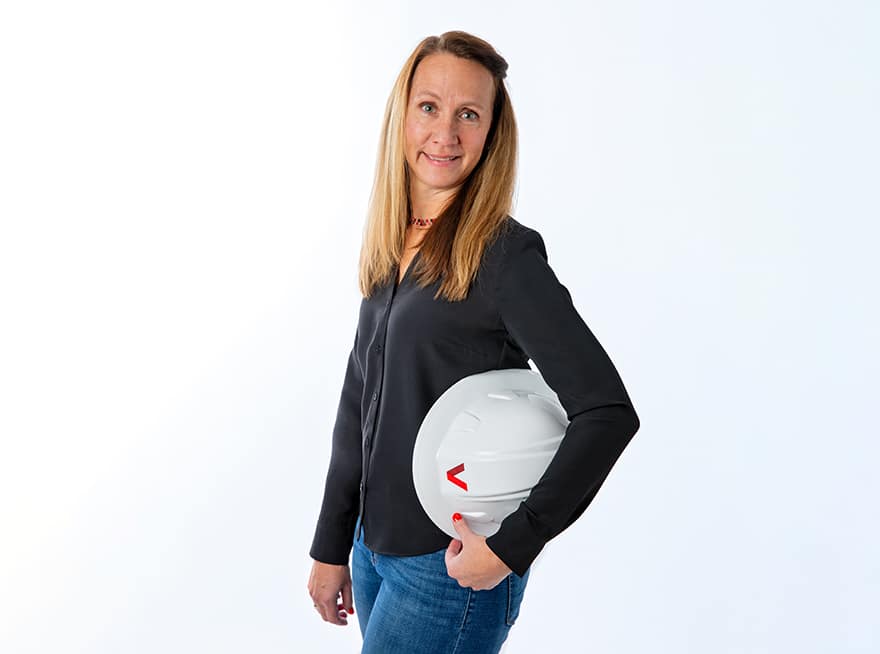 As VASA’s director of facility design, Steckler has produced a gym exterior that’s hard to miss: the signature red metal tower with a symbolic ‘V’ at the top and a large silver panel sporting a black VASA Fitness logo below. With the addition of back-lit amenity signs and large windows, the result is a sleek, modern prototype—one that Steckler was instrumental in creating.

The rebrand represents a significant part of VASA’s expansion. Since her arrival in 2017, Steckler has helped build or rebrand a total of 48 gym locations—in addition to designing the company’s Denver headquarters.

“The biggest takeaway is to be firm, confident and think simplistically,” says Steckler. “I encouraged the VASA team to keep everything standardized and visible for everyone to reference; it’s the best way to keep our teams productive and working efficiently.”

Build it and they will come

When introduced to VASA, Steckler was excited by the company’s ambitious plans. Once hired, she was given a directive from CEO Rich Nelsen to build and redesign 30 gyms in 30 months.

The goal, she says, was to create design concepts that supported VASA’s mission: offering members a fitness community to inspire them to achieve better health. She also wanted the model to be easily duplicated for rapid growth. 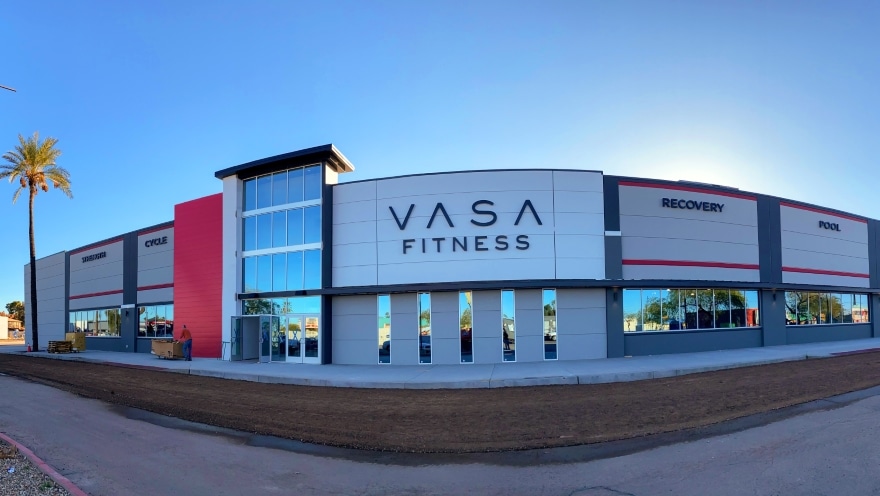 Each area in the gym is designed to showcase a different fitness experience. Whether it’s the “Studio Red” high-intensity interval training  space, the group fitness room, or the Olympic lifting area called “STRONG,” members are offered unique spaces with design elements and equipment to match.

As of March 2021, VASA has 48 locations across Colorado, Utah, Kansas, Oklahoma, Arizona and Indiana. Of these, 17 locations in Utah are former Gold’s Gyms, acquired and rebranded in 2014. Other renovated sites are typically former supermarkets, chosen for their size, ceiling heights and parking accessibility. VASA also has several locations built from the ground up. A benefit of these projects is that they are revitalizing shopping areas, Steckler says.

“A friend of mine told me to go with it, and make the design experience my own,” she says of the VASA opportunity. “I knew I could take pieces and parts from my past and build something amazing. I was excited. It was a good fit.”

Prior to joining VASA, Steckler worked for companies including DBI Architects Inc., IA Interior Architects, LS Gallegos, Great West Financial and Tradavo, designing corporate and retail interiors, facility spaces and coordinating furniture and fixtures for hotels including The Westin Denver International Airport and Cambria Hotels. Throughout her career, she learned how to produce drawings, select finishes, develop millwork prototypes, specify light fixtures—and pull it all together with branded signage and large graphics. 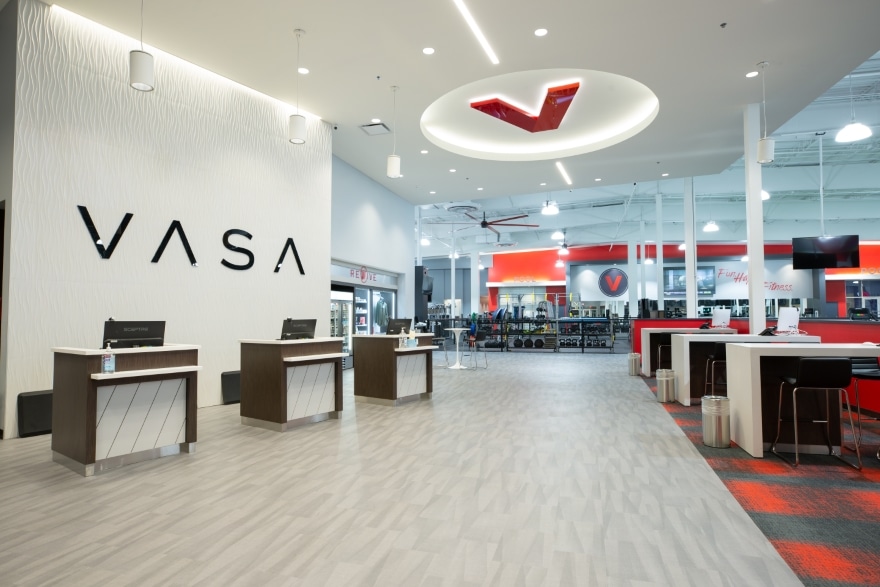 While working at DBI, Steckler created interiors for Google’s offices in Washington, D.C., and Reston, Virginia. During her three years at Sports Authority, she designed multiple stores nationwide. Drawing from those experiences, Steckler worked with Denver architect Galloway to get designs into construction prototype drawings that could be adapted and adjusted for any VASA location.

The result was a template for gyms ranging from 50,000 to 60,000 square feet using VASA’s “Mall of Fitness” approach to club design. It offers members an expansive club with a variety of fitness experiences and amenities while providing multiple “boutique experiences” to members regardless of their fitness level—all without having to leave the building 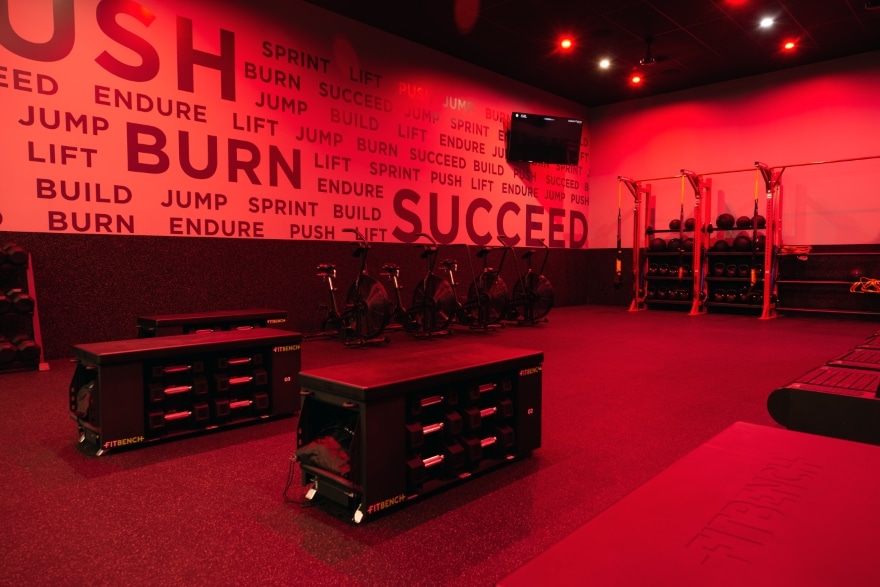 Each location is equipped with a main cardio deck loaded with treadmills and ellipticals; a functional green turf area for kettlebell and TRX suspension training; and an expansive area for free weights and strength training machines. For an additional cost, members can opt for memberships that include an indoor pool, spa, steam room and HydroMassage lounge; basketball court access; group fitness classes or individualized personal training; and KidCare.

“We’ve really designed a space for a complete fitness journey,” she says. “We’ve come a long way. Working on new gyms is easier now than when we first started. You learn something from every space you create.”

Steckler says coming to Colorado was an unexpected but welcomed journey when she packed up her three children, Ella, Josh and Olivia, to follow her husband and architect Scott west from Virginia in 2010.

Steckler credits her three years at Sports Authority—using the company’s prototype designs to build stores across the country—for preparing her for the role she enjoys now.

“Certainly working in multiple store locations and dealing with deadlines was good practice and helped tremendously,” she says. 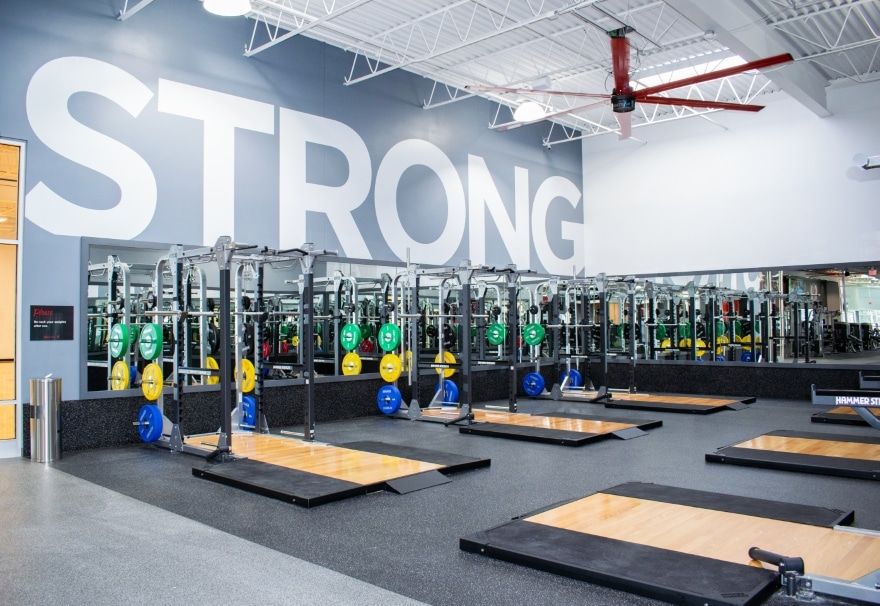 Her prior work at the architectural firm DBI Architects, Inc. was also helpful. There, she gained an understanding of construction drawings and the importance of fine details. That came in handy at VASA, where Steckler designed reception podiums, locker rooms and community areas. It also gave her ideas for the new 30-person headquarters.

Asked what piece of advice she would pass along to new up-and-coming designers, Steckler’s answer is short and unequivocal: be patient—and always willing to learn.

“When you’re developing a prototype, it takes time to settle in the first time around,” Steckler says. “It truly is a case of practice makes perfect.” 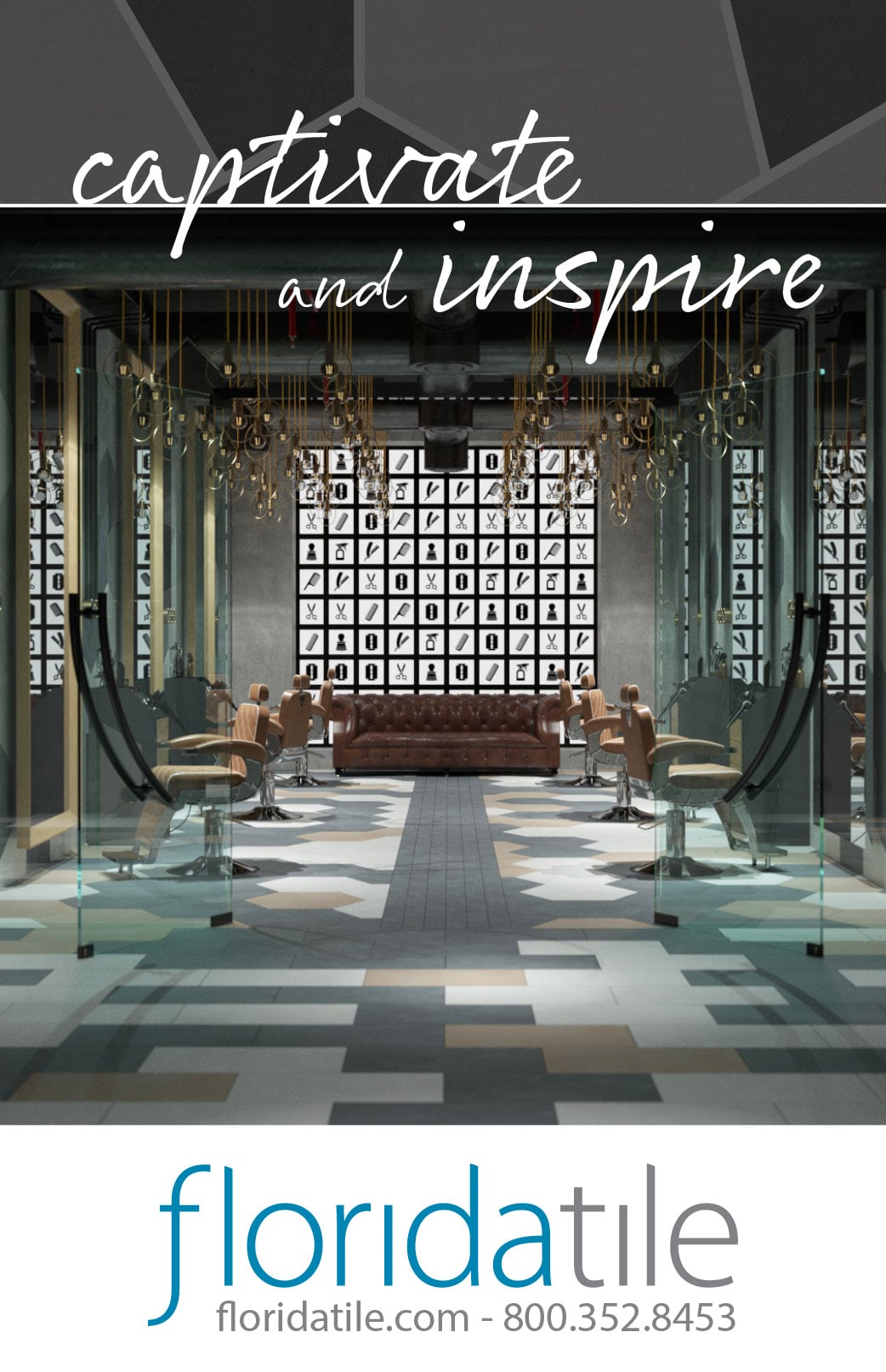 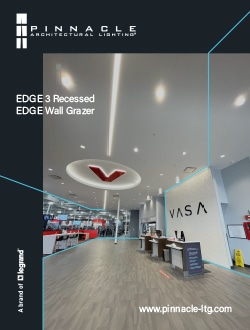