It’s a situation so many desirable locales face, perhaps none more so than Hawaii, where the cost of living soars higher than what much of its service economy’s workforce can bear. Or what many retirees can afford just to live out their golden years in a community they may have helped build.

The solution isn’t public housing per se, says Michael A. Costa, who for a quarter century has assisted communities nationwide in accommodating residents of modest means. The better alternative may be a public-private partnership like the one his company now spearheads in Kapolei on the island of Oahu, the third largest in area of the Hawaiian chain. 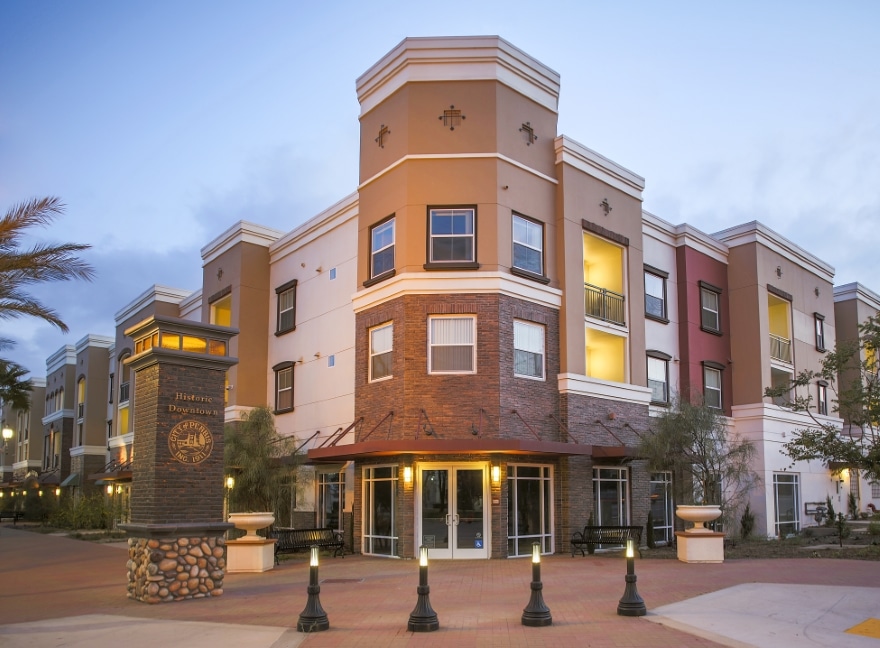 The first tower will offer those rates for 154 units for elders earning 60 percent or less of the area’s median income. The second tower, for an equal length of time, will provide 143 affordable units for families and individuals, among them the teachers, first-responders, retail workers, nurses and hotel staffers so essential to Oahu’s safety, economy and overall quality of life.

That first tower now eight stories tall, Costa anticipates it being ready for occupancy come mid-2020, and the second later that year or in early 2021. Within eyesight of Kulana Hale will be rival complexes with rents of $3,000 or $4,000, but Costa assures that the community he’s creating will fit right in with the classy surroundings.

“In all honesty I’ve got to say that in 25 years of developing affordable housing in 33 states and Puerto Rico, this is the nicest site,” Costa tells Blueprint in April, rain and trade winds adding to the challenges of construction. “Well, at least it’s one of the very nicest.”

And it couldn’t be underway, he says, without improvements that the federal government made in 1993 to the U.S. Tax Reform Act of seven years earlier which, in its original form, was supposed to provide dollar-for-dollar credits to developers of affordable housing. 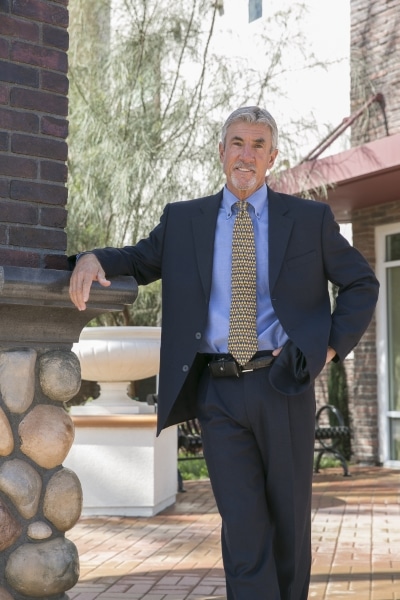 A good idea but with poor execution, Costa says, explaining it had to be reauthorized each year, the uncertainties of which would further burden developers already negotiating with subcontractors and navigating what could be a byzantine permitting process. The tax credits now more accessible to a qualified builder, they dovetail into the rest of a project’s financial foundation that may include municipal redevelopment funds, tax-exempt bonds, state and local tax breaks, and standard bank loans.

“The beauty of the tax credit is it allows us to build apart from the market rate while still replicating a design that fits into the greater community,” Costa says. “We also apply rules that the residents must adhere to, and that dynamic creates a very desirable place to live. As I like to say, we’re in the business of changing lives, though there’s always that NIMBY syndrome.”

He’s speaking, of course, of the Not-In-My-Back-Yard response that can be so kneejerk. But the better informed a community, the less trouble Costa says he has in selling the merits of affordable housing.

For his communities are not to be confused with the high-rise and big-box Housing and Urban Development projects which so often have been perceived as failed experiments. A Highridge Costa community won’t even look like affordable housing, Costa says, adding that some states, California included, mandate a residential master plan.

That requirement likely to grow, such projects should be in the hands of a company with a proven portfolio, he says, adding that around the time of Highridge Costa’s founding in 1994, a nonprofit sued the city of Fullerton for being remiss on affordable housing. Highridge Costa was called in and built an apartment community under a tight deadline. More recently, the company decided to rehabilitate the apartment community, and Costa says the complex is now vibrant as ever.

He expects no less of a couple of other projects pending, one of which may be especially sensitive.

Serving those who served

Homelessness is one of the Los Angeles area’s biggest challenges, and among the people affected are veterans of the Afghanistan and Middle East wars, many of whose problems are compounded by post-traumatic stress disorder or substance abuse, or both.

Last December, Highridge Costa executives joined Los Angeles Mayor Eric Garcetti as construction commenced for what will be the $32 million RISE 57-unit furnished apartment community for homeless veterans. Other units in the same community will go to people making less than 50 percent of the area’s median income. Amenities will include counseling rooms and programs for job training and overcoming drug and alcohol addiction. 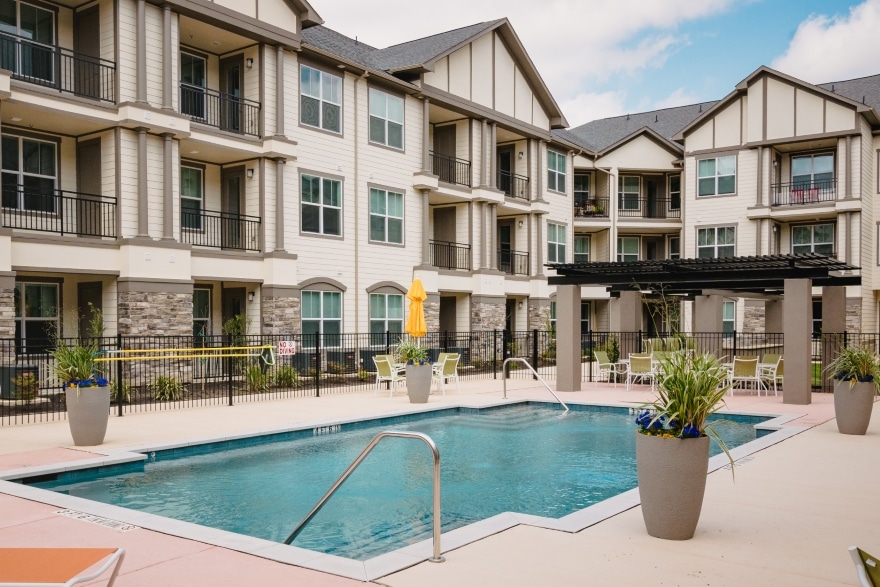 With a second such local project just having been OK’d for funding, and a third under application, Costa says his company is reaffirming its mission of changing lives.

“The objective is to get the homeless veterans off the street,” he says. “This will be the first step that will lead them to transitional housing.”

Meanwhile in Cibolo, Texas, about 20 miles northeast of San Antonio, Highridge Costa and a strategic partner, Dallas-based Casa Linda Development Corp., have opened El Sereno Senior Living, a $21 million community providing 119 units for people 55 and older earning no more than 60 percent of the area’s median income. Another 10 units will be reserved for the physically challenged.

Within weeks of completion, El Sereno was 100 percent leased and 90 percent occupied, Costa says, adding that with single and widowed women making up the majority of the dwellers, most of the units are one-bedroom.

All told, Costa’s company has created over 28,000 such units in 33 states and Puerto Rico.

And a builder is all he’s wanted to be since graduating with credentials in engineering and infotech from California Polytechnic State University-San Luis Obispo in 1979. His emphasis has long been on affordable housing, for it’s there where he finds that the rewards of a job well done are both tangible and intangible.

“At the end of a day, a single mom might come up to me and say, ‘Without the efforts of your company I’d still be living in a garage or car with my two kids. I never imagined I’d have a place this nice, one that gives my children the pride and confidence to take to school,’” Costa says.

“I don’t know many people who work daily and receive such genuine thanks. We share those stories with the entire company, which makes all of us at Highridge Costa very proud of our work.” 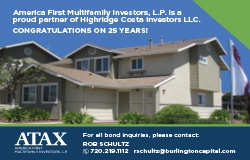 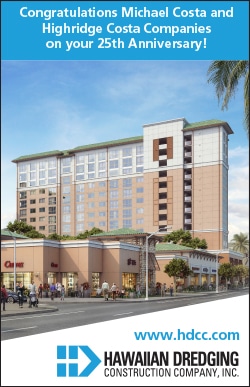 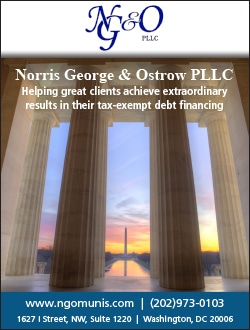 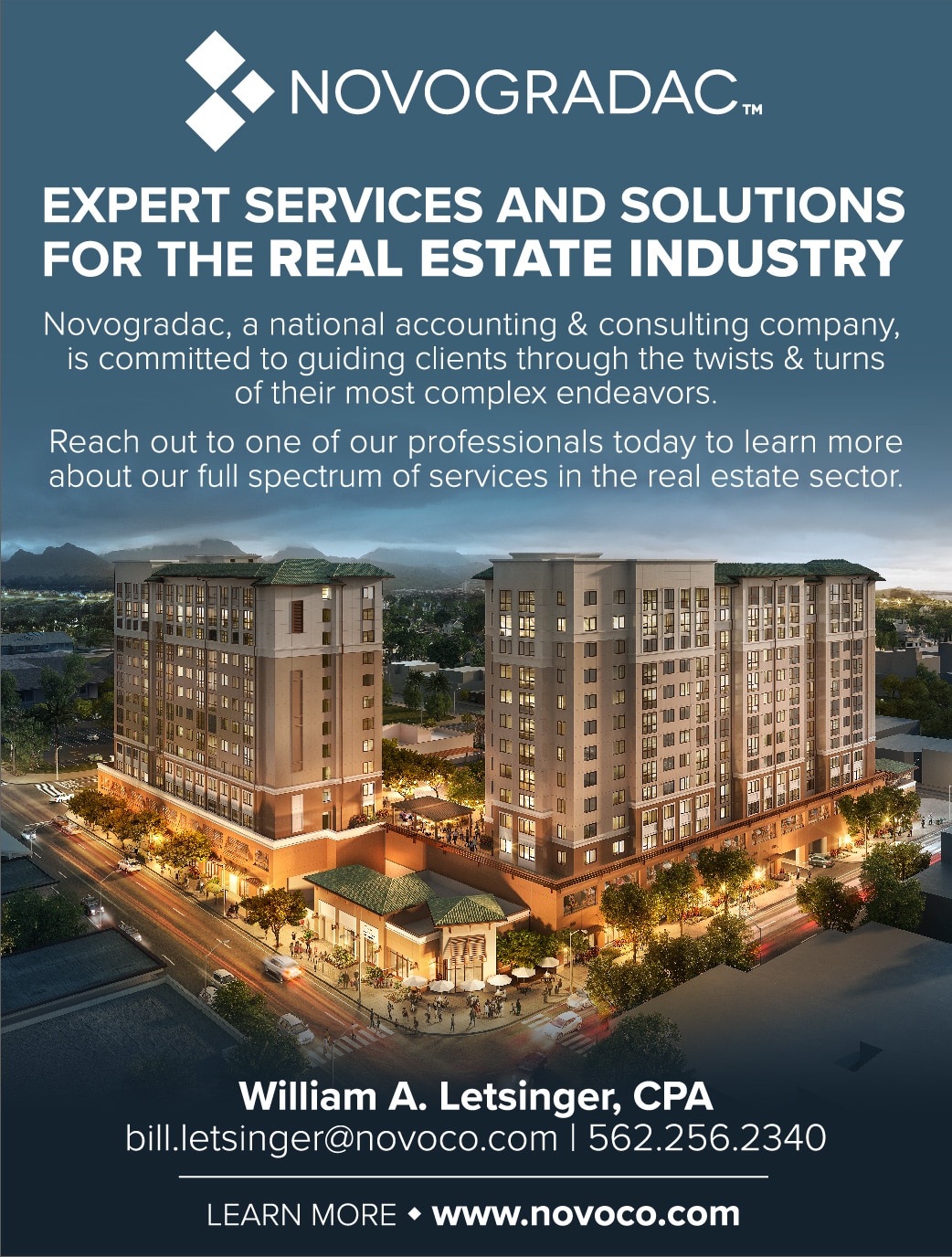 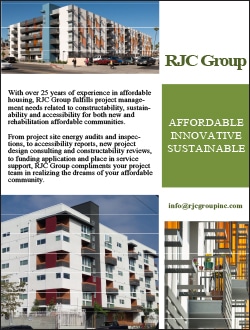 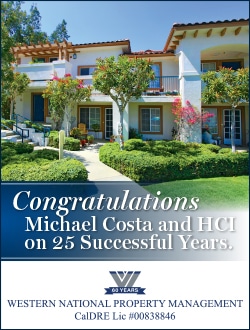 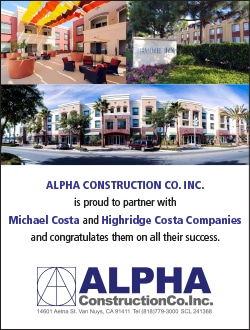 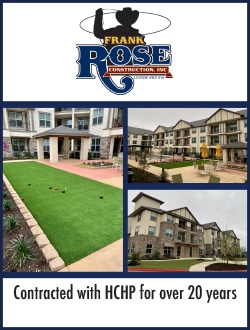